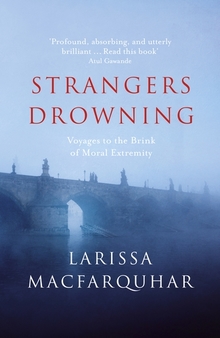 9.07 Author Larissa McFarquhar on her book Strangers Drowning: Voyages to the Brink of Moral Extremity

Sinners are supposed to be much more interesting than saints. Not to longtime writer for New Yorker Magazine, Larissa MacFarquhar.

She finds the kind of people who adopt 20 children or turn their backs on family wealth to set up a leper colony in India or open their doors to the homeless endlessly fascinating. Some of us are skeptical and  uncomfortable with acts of extreme generosity.

Strangers Drowning: Voyages to the Brink of Moral Extremity is a new book by MacFarquar that asks, In a world of strangers drowning in need, how much should we help, and how much can we help? We spoke to Larissa McFarqhar in New York and asked her what it was that drew her to the stories of people who’ve pushed themselves to moral extremes.

Dom Corry is on the line from LA talking about the latest releases. Today he’s giving us his thoughts on French dramedy The Bélier Family, the latest Jennifer Lawrence film, Joy and the Point Break remake.

Tell you What 2016 is a new collection of NZ Non-Fiction, featuring writing by some of our best journalists, essayists, and bloggers.

Among the entries is a piece by Matt Vickers, the husband of  Lecretia Seales who was diagnosed with brain cancer in 2011, and who went to the High Court in 2015 to fight for the right not to be subjected to the unnecessary suffering of a long and painful death.

She died on the 5th of June this year, on the same day the High Court ruled that even though her wishes were rational and reasonable, only Parliament could change the law around assisted death.

Matt Vickers talks to Noelle about his blog and how it all started for him. 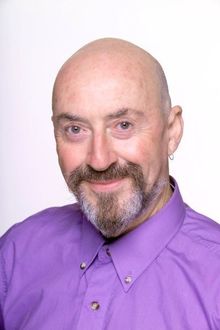 Today one of our great ballet dancers shares his favourite road with Noelle.

Today Vincent O’Sullivan reads Robert Graves and tells us why “Counting the Beats” is such a fantastic piece.

Editor of Home magazine Jeremy Hansen has been in Houston, Texas and shares his thoughts on the rapid growth the city is experiencing.

Today we have a piece by Mikayla Hall who’s done some investigating into the virtues of adopting a dog rather than buying one.

Today well-known Grey District Mayor Tony Kokshoorn is telling us about the songs which mark occasions in his lifetime.

ARTIST: Lobo
TITLE: Me and you and a dog named boo
COMP: LaVoie
ALBUM: Lobo: The Best Of (Compilation)
LABEL: Rhino