The Government is poised to make a decision in the next few weeks on how it will proceed with an inquiry to the abuse of children in state care. Former state wards who were victims of abuse presented a petition signed by about 5000 people and an open letter signed by more than 10,000 to Parliament in July last year, calling for a public apology and a full inquiry.The Prime Minister, Jacinda Ardern told Summer Report that it remains a priority for her. To talk about the importance of an inquiry, director of the Centre for Human Rights, at Auckland University's Law School Rosslyn Noonan is on the programme. 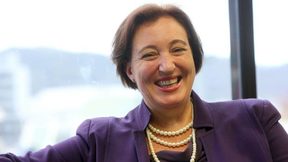 The Chief Executive of the New Zealand book council is hoping 2018 is the year in which children's literacy rates are on the improve and that adults start to read more themselves. She joins Megan in the Wellington studio to talk about her concerns on children's slipping rates of literacy rates and why the solution to turning that around isn't just in the classroom.

Donna Field talks to Megan about the latest news and current affairs across the Tasman. She has the latest on a horror crash near Dubbo in Western New South Wales which has claimed at least two lives. There's more debate about moving Australia Day celebrations. The heatwave in Queensland has lead to the death of a woman who suffered heatstroke while working at an outdoor market. Donna also has the surprising Australian word of the year to share with Megan.

US-based musician and songwriter Shenandoah Davis is in New Zealand for her third tour here following the release of her third full-length record, Souvenirs, which came out in September last year. The album was lauded by Pitchfork as pitch-perfect chamber pop and by American Songwriter as the perfect introduction to her orchestral brand of rock-tinged indie pop and her sweeping, singular voice. Davis has spent the last decade releasing music and touring the globe, gaining acclaim from fans and fellow musicians, including two previous tours of New Zealand playing not only venues in the city, but in more remote, far-reaching destinations. She talks to Megan about her upcoming tour and her unusual background to becoming a songwriter. You can find her tour dates and venues here.

For the last trip around the Universe Auckland University physics Professor Richard Easther is taking us back in time to when it all began. It's a personal favourite destination for him. He's guiding us back to the Big Bang which started the universe as we know it and explores what we will see on our arrival.

Jess Berentson-Shaw reminisces with Megan about her favourite road trips prior to having children to accommodate in the car. She also talks about what she's going to be working on in 2018 after leaving her job at the Morgan foundation last year.

Our expert on games to play over the Summer break, Haydn Green, is back to talk to Megan about some more fun ways to be entertained online and offline during the holidays. Today he's look at the popularity of the mobile games,
he "addictiveness" of them and how it leads to in-game purchases.