Australian comedy legend Rob Sitch - the man behind The Castle

Rob Sitch is an Australian actor, writer and director whose CV includes satirical TV shows Frontline and Hollow Men, as well as one of that country's best loved films, The Castle.

His latest series is Utopia, he plays Tony, head of the fictional Nation Building Authority that's responsible for overseeing major infrastructure projects, despite the best efforts of the Prime Minister and his cronies. 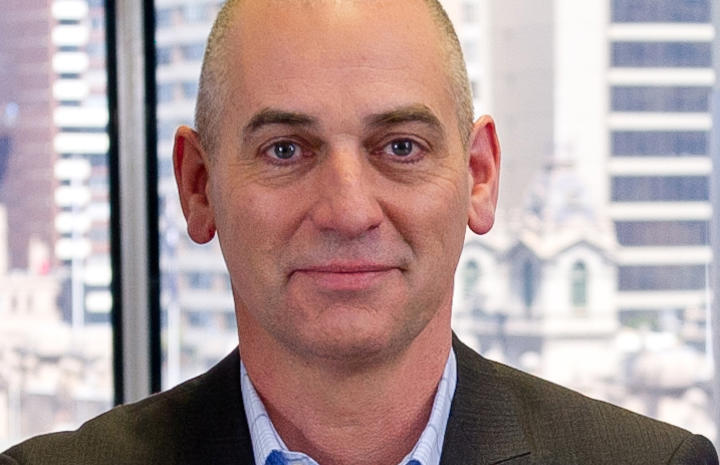 Utopia satirises the way modern politics is about message not policy, he says.

“And so communications sort of dominate. I think in some ways, everyone starts to think that the messaging is the key rather than the practicalities.”

Sitch got into acting by chance, he says, while studying medicine.

“It’s a hobby that got out of hand. I was doing medicine and I'd never acted in my life and a friend of mine said, I'm going to audition for this comedy review called the law review. So it had nothing to do with medicine. And I had an absolute ball.”

The ABC saw the show and asked for a pilot and it all started from there, he says.

Even in those early days, he understood that writing was the key.

“We came along, we bought editing equipment, which was expensive at the time, very cheap now, I started directing out of frustration because I realised that I could speak to comics in a way that people that weren't comics couldn't speak.”

Frontline was the breakthrough that introduced Sitch’s hapless anchor Mike Moore to the world.

“He was a fantastic character to play, because when you looked at him, he was using all of his mental capacity to understand something that the audience was understanding at a better level.”

“One of my co-writers Santa Cilauro always loved Bruno Lawrence and so we contacted him out of the blue. I think even our agent said he doesn't do TV, you may not get a reply.

“So, he went into I think somewhere in Hawke's Bay, there was a little studio and did this audition that 15 others had auditioned for, and it's telling within four seconds, all of us started laughing.

“It was just brilliant, he did nothing except flick his eyebrows up. And he flew over here, he flew his drum kit over first, and installed it in a spare room on the set.

“And we played golf, he drummed for half the time. He was just a wonderful man.”

The Castle continues to have a life of its own, Sitch says.

“And so, in many ways its life after the cinemas was bigger than its life in the cinemas. But the repetition meant that people almost took ownership of the language and used it.

“It pops up all the time, including in high court judgments.

“And I think in some ways the smartest thing we did was stay out of the way. It's been a gift that keeps on giving for us.”

Both Utopia and Frontline are playing on Netflix.