James and Tui - more than five minutes of fame

Not only did the Kapiti based friends who are just 15, perform as a duet, they also competed individually in the Teen section.

They are performing at Wellington's Matariki celebrations in July.

Lynn Freeman asks James and Tui how it all began, how five minutes of fame has affected them. 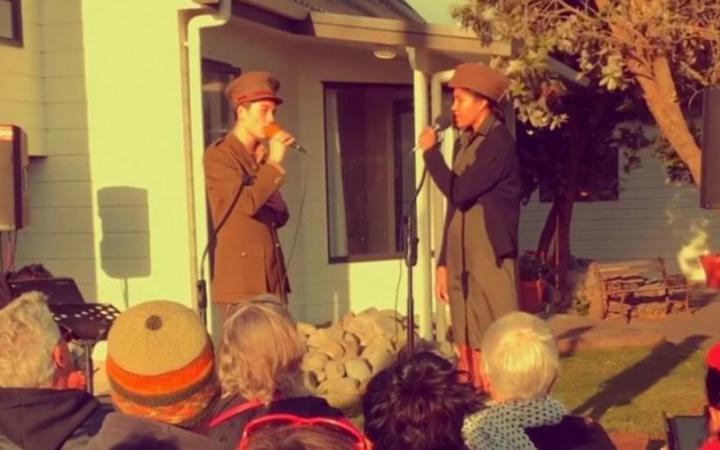 Today's Classic Drama is described as "a meditation on death, quality-of-life, and relationships"  It's features Mick Rose.