Charlie and Karcia Taane are just 12 and 9 respectively, but they are about to go on stage with their famous dad, performer and superstar producer Tiki Taane.  That sounds pretty intimidating, but Taane's tamariki are old pros. They performed recently in front of a televised audience of billions at a recent All Blacks match.

However this is slightly different.  This time they go on stage with the backing of a full orchestra.

This event on 21 May is called called Ōtautahi Proud, and it's also being filmed.  The three Taanes are looking forward to the gig with the Christchurch Symphony Orchestra, not only for the big band sound it offers but also because their whānau has a longtime connection with the orchestra. 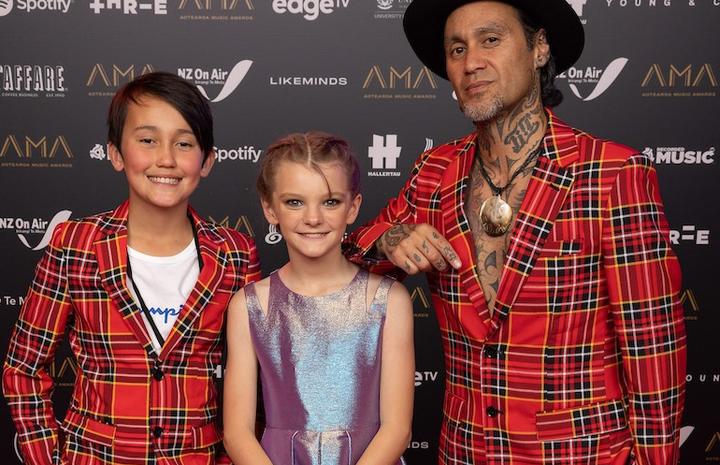 Lynn Freeman asked Tiki how he would have felt about singing with an orchestra when he was Charlie's age.

Tiki : "I probably would have been totally freaked out if my dad said 'hey, do you want to come jam with the Christchurch Symphony Orchestra at the Town Hall? ...and they're going to record it, film it!' I would have been freaked out.

"I only just started playing guitar probably when I was about 11 or 12. But my kids have been on stage with me since they've been born really. They've just been doing it ever since."

Both Charlie and Karcia say that hearing their dad jamming at home is among their earliest memories.

Karcia: "It's kind of turned into a tradition in our whānau, and my favourite artist - well one of them's dad, and then Billie Eilish - I've been very inspired by her."

Tiki: "Actually, Karcia's got me into Billie Eilish, she's incredible. And then Charlie's playing guitar in his school band... what song are you learning at the moment?.."

Charlie: "Smells Like Teen Spirit, and Let Her Go, by Passenger." 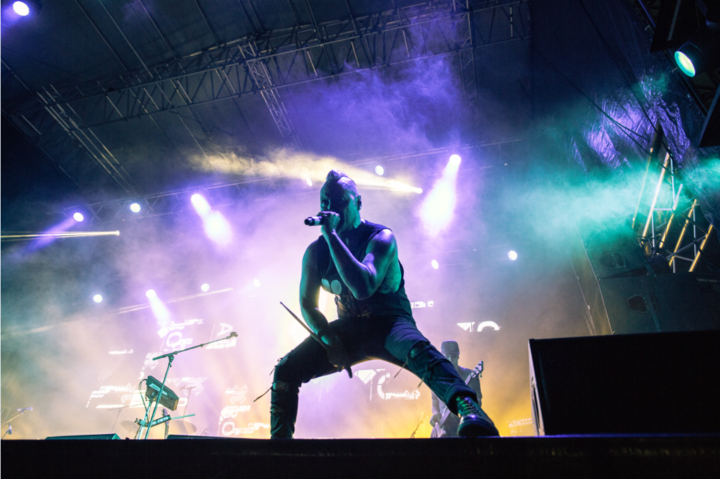 Tiki: "When I was growing up that wasn't even a possibility, I mean that's why I left school to be honest. I left school at around 14, 15 years old. Started my band at 14, and was on stage at 15 playing in pubs to drunk adults.

"That just wasn't an option when I was growing up, and nowadays it's incredible. Where we live up in Pāpāmoa, the kids go to something called Bay Music, which is run by an incredible local musician called Adam McLean, and he takes these young kids as young as 5 years old, and takes them under his wing, and teaches them all the instruments and puts on gigs, and they go busking.

"So the potential now for kids to get into music and actually possibly make a living out of this and a career out of this, it's so much more advanced and progressed...  I know my kids definitely want to be doing music, even though I haven't pushed them into music... aye kids, I haven't pushed you into music?"

Both laugh, and chime in "no".

Tiki: "I'd support anything they'll choose of course, and I let them know: you've just got to go with the things you're passionate about. Karcia really wants to be a singer, she's passionate about that, so she's going to work hard to do that, and Charlie's really keen on gaming and computers, so he's probably going to head off into that world at some point.

"But if they did want to do music, I guess I've just got the experience to be able to guide them through it.

"And there's more ... technology as well, kids can learn really quickly and learn lots of instruments, and even become producers and produce lots of music, which is what Charlie and Karcia are doing. So it's a different ball game."

Karcia: "Me and dad, we sing together, and we sound pretty tight".

Tiki: "She's really inspired by Billie Eilish, who's a really soft singer, so Karcia's starting to develop that now, and do this kind of really soft spoken voice... I've taught her to be quite loud and quite projective because all the gigs I play are quite loud.  So now she's starting to develop this new style ... and she's got a really beautiful tone, so I'm excited to see where that goes.

"Charlie doesn't sing so much, but he's got a great voice. He more plays the guitar and drums, all that kind of stuff."

Charlie: "I have got a photo of me - I was probably like one year's old, and I was playing a little drum set in my nappy." 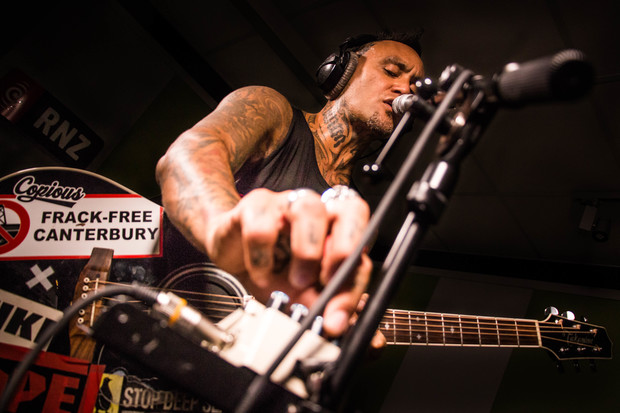 Tiki: "I produce a lot of music at home in my studio... Six60, and kids have heard all the Shapeshifter albums that come through the studio, and Kora, Ria Hall, so many bands that come through. So the kids are always meeting all of these musicians, and they're always hearing the songs as I'm constantly working on them."

They family have even produced one of the kids' own songs together, called Galaxy.

Tiki: "[In my own family growing up] there was always a guitar in the house in the lounge, so we used to just turn the TV off and just sit round and dad would play the guitar and we'd sing songs.

"I remember just thinking: 'I can't wait to be big enough to play the guitar'. So music's always been in our whānau. On my mum's side my great-grandad was in the first Christchurch Symphony Orchestra, and then also my auntie played in the CSO and then went on to the NZSO, and then went on to Sydney Opera Orchestra.

"So, on both sides of my whānau are massive musical influences for sure."

The family will perform a fun ska song called Serendipity, for the Ōtautahi Proud concert.

Tiki: "I wouldn't invite them [to perform] if I wasn't confident of their ability. They've done some big gigs with me. I've put the kids under pressure, in situations where they've performed, and they've just shown me that they can do this kind of thing... so I'm super super proud."

Charlie: "Usually before the gig I'm really nervous, but then when I step on it just goes away. And I usually just [pretend] that there's no-one in front of me, and it helps."

"I can't wait to see the kids' faces when they walk out into the Town Hall and see how big and beautiful it is, and then it's a powerful thing, when you've got a 40 or 50 piece orchestra behind you. The energy that emits from it is incredible.

"So it's going to be an amazing experience for me, but also for my kids too."

Tiki, Charlie and Karcia Taane will be performing with other invited guest musicians and the Christchurch Symphony Orchestra at the Town Hall on 21 May.