From funny to heart breaking, the stories of people with cerebral palsy and those who advocate for them are told in a new verbatim play called Squeaky Wheel. 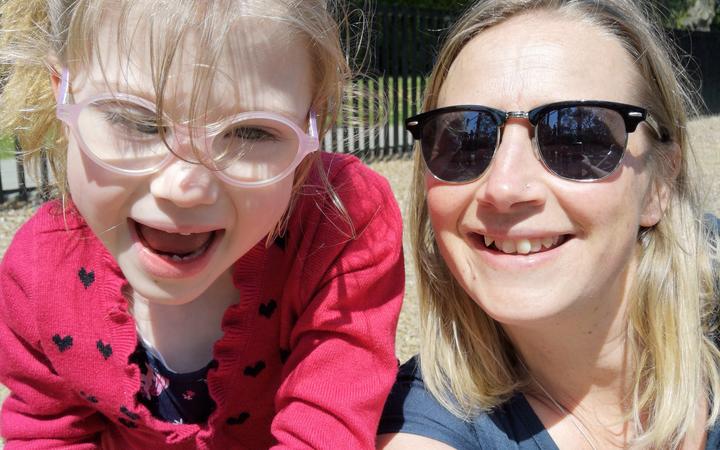 Kat Thomas and her seven-year-old daughter Ella, who has cerebral palsy. Photo: Supplied

Writer Kat Thomas, whose daughter Ella has the condition, has collected stories from a range of people which are told, word for word, in the play.

Kat is a single mother and PhD student, as well as fighting for Ella's rights. She hopes the work will helps others like her family feel not so isolated, and help the wider population to understand more about the condition.

Now seven, Ella had a rocky start to life in the neo-natal intensive care unit (NICU) in Auckland. She had a severe brain bleed and was subsequently diagnosed with cerebral palsy, among other medical conditions.

Kat was been advocating for her daughter's rights since birth and continues to do so as she reaches new milestones.

"At the moment school is a massive fight, trying to have support for her to be able to go to the toilet and participate with her peers and even attend full time," she says.

"A huge one was we decided to take her to the States for a surgery that we didn't have any support for from here, both financially and medically, and it was pretty scary to advocate for that and to fundraise and take her all the way over to St Louis for that.

"So week to week, I'm constantly advocating for her independence, her right to participate and her right to be a child and be a seven year old and be silly and have fun as well." 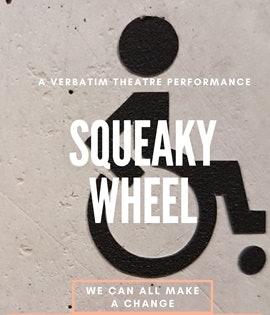 While studying for her PHD, Kat decided to take the plunge and write a play focusing on the experiences of people with cerebral palsy and their families.

After contacting the Cerebral Palsy Society and various online groups, she began running interviews for the play last December.

Squeaky Wheel is a verbatim show, featuring three performers on stage - five if you count an young baby and an assistance dog named Mary - Amy, who has lived with cerebral palsy, Tanzi, who hasn't, and Charlotte, who is a family member of someone with cerebral palsy.

"To portray a physical or verbal impairment if you don't have a disability can be quite confronting for those with it because they actually see it for themselves for the first time and that's something that I'm really aware of with Ella, I don't see her disability as clearly as others," Kat says.

"I really feel that we have a really strong ethic of care and respect, so we've asked every single interviewee what not only what their thoughts about inclusion on this stage but we've asked them how they want to be presented."

One young woman from Kapiti told Kat she didn't want anyone else performing as her - and this was taken on board for the show.

"We've actually videoed her for this performance, she's totally hanging out to come up and we're going to make that happen one day."

While many different stories are presented during the play, Kat says what really surprised her was just how simple these advocacy stories were.

"We've got some of our families building businesses and fundraising a quarter of a million dollars, but the ones that are in this play are about being able to cross a road without being abused, being able to have access to education and be recognised for doing more because they have fine and gross motor skill impairments, people advocating for themselves just to be able to get the financial assistance that they're actually allowed to receive.

"And that's what's quite challenging, is that it's not some kind of big thing you know, it's not an inspirational story. These are basics that we all take for granted and it's still happening right now."

Kat hopes to eventually take Squeaky Wheel around the country for a tour, in particular to visit smaller centres where those with cerebral palsy may not be able to travel to Auckland. However, this has proved a challenge - "trying to find an accessible theatre with an accessible bathroom has been ridiculous."

"We've decided that we're showing stories that are unheard and we're being very brave and courageous in the sense of sharing it as it is, and the real life expectation of that for our community," Kat says.

"What we hope is at the very least, an audience member will go away and think really deeply about how they engage with their community and those around them.

"And the biggest thing we want, we want to redevelop the piece at a later point and get feedback from the wider community and the CP community about what's missing from our show, what representation isn't there and how it can change and evolve with that growing need."

Squeaky Wheel premieres on 10 April at the Cerebral Palsy Society Office in Auckland then it heads to the Auckland Old Folks Association. Tickets can be purchased here.