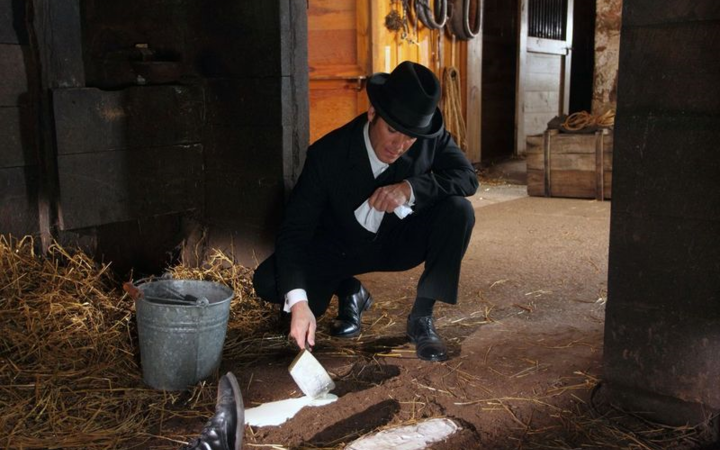 It seems the most saleable TV series around the world is the good, old-fashioned murder mystery.   Britain has Midsomer Murders, we have The Brokenwood Mysteries, Australia has Miss Fisher, and Canada has the hugely popular The Murdoch Mysteries, starring Yannick Bisson.

The Murdoch Mysteries has just started filming its 14th series.  And this time Yannick not only plays Detective William Murdoch, but also occasionally takes on the role of director.

The show's as much a costume drama as a whodunnit.   Set in Toronto, it began in the last years of the 19th century and has now moved into the early part of the 20th century.

Lynn Freeman talked with Yannick Bisson shortly after he got the first two episodes of series 14 in the can.

Seasons 1 to 6 of The Murdoch Mysteries are currently showing here on Acorn TV.