No footage exists of television's arrival in Aotearoa 60 years ago - but there is a wealth of material to honour the role it has played in the country's history, the curator of a new exhibition says. 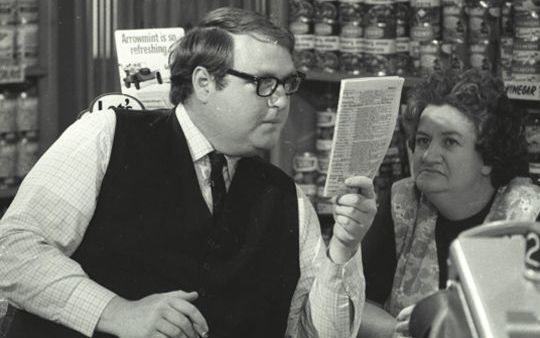 The old studios where the first broadcast was screened on 1 June, 1960 are now home to the Gus Fisher Gallery in Shortland Street in the Auckland CBD.

From 1 August it will be presenting an exhibition, The Medium Is The Message, about the start of television and how it has developed over the years.

Curator Lisa Beauchamp told Standing Room Only the first night included an episode of Robin Hood, an interview with a ballerina and some live music featuring the Sir Howard Morrison Quartet.

Just 13 staff delivered the first night's content. "To think how far it's come since then. It was a breakthrough moment and I think it really warrants recognition."

All the footage of the first night has been destroyed but there is a lot of footage from a month later and other content from later in the year and during the decade, Beauchamp said. Researchers were working with TVNZ so they could include some in the exhibition.

"So I think people will be surprised just how much footage there is and it's very rarely seen footage, so it's really exciting."

Beauchamp said while the pioneering days will be celebrated with a lot of archival footage, the exhibition will also encompass the current era. Ten artists will look at TV in a different way, including how it has been affected by the internet and its role in contemporary culture.

Programmes many people remember such as Telethons, C'mon, Network News and On Your Doorstep with Ian Watkin were all made in the studios in Shortland Street.

It's a grade 1 heritage building, and some of the heritage features present in TV days including the art-deco dome and doors with inlaid native timbers can be seen on the art gallery's fourth floor.