Dione Joseph, Tama Waipara and Lyne Pringle with top picks from the year in performing arts 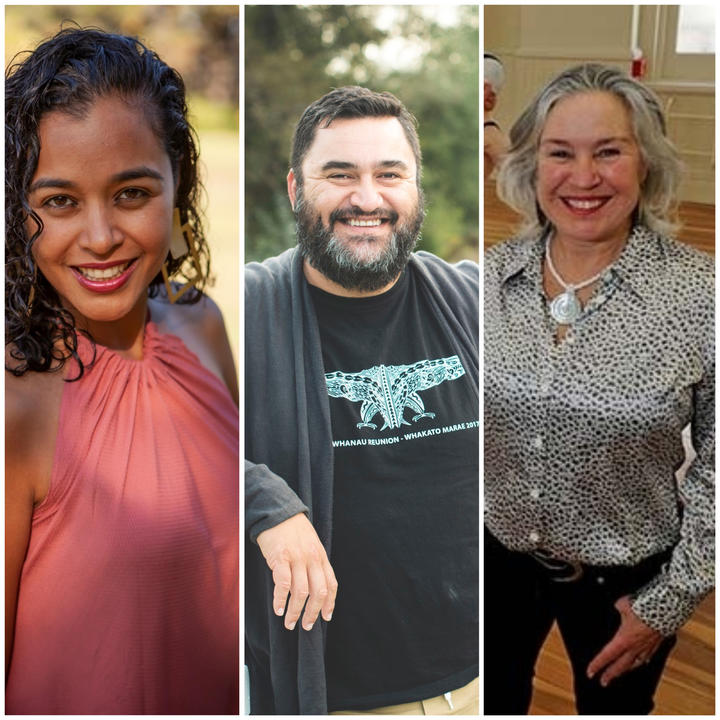 Has 2019 been a good year in the performing arts? Te Matatini, the national Māori performing arts festival, inspired kapa haka-themed pedestrian crossing lights in Wellington, new festivals popped up everywhere, Little Andromeda gave Christchurch a much-needed fringe venue, the amount and type of new theatre seems to grow exponentially, and the New Zealand Dance Company and Black Grace Dance Company have not only survived but thrived - they've been touring in North America. But how has it been on the ground?

Something that was a favourite in another arts media: Ragnar Kjartansson's work The Visitors. Nine channel video at The Museum of Fine Arts Houston - haunting work by this Icelandic artist filmed in one 60-minute take in the 200 year old Rokeby mansion in Barrytown New York. Multiple viewpoints in several rooms projected onto nine giant screens simultaneously.

Something that promises much for the future: Patricia Barker's programming of all-female choreographers for a performance of short works by the Royal NZ Ballet in 2018 and revisiting Andrea Schermoly's stunning work Stand to Reason for the Bold Moves season in 2019 and all-female choreographers for their entire programme in 2020. A very big step for the ballet. Also, Claire Cowan (again) first female composer ever to work with the company with her magical full length score for Hansel and Gretel.

Something that was questionable for you: Mário Radačovsky's Black Swan White Swan. I'm all for revising the classics but this crowd pleasing re-work was quite impenetrable in terms of storyline.

A key issue that kept coming up in the arts: CNZ State of the Play review of conditions for artists, how impoverished they are, particularly dance artists and how unsustainable this is. Flying Down Sand Dunes a work by recent graduates digs into this. "Where is the support?" they ask in the work. Sobering.

Your most moving arts encounter: Nancy Brunning's nehu in Otaki. Being at WOMAD on March 15 and the way the artists and their music carried us that weekend. All we could do was dance dance dance! The big climate march as a grand social choreography led by the young.

Your most disturbing arts encounter: Mitch Tawhi Thomas’s Pakaru. Powerful, dark, disturbing theatre that brought home the awful impacts of incarceration for Māori. Gut wrenching and hard to see any answers, I left questioning what action I can take.

Something that was a favourite performing arts work: Au Ko Tuvalu by Tavita Nielsen-Mamea was a superbly crafted work with heart that just didn't seem to get the audience or media attention it deserved. In a world where the domesticity of everyday life is pitted against the rising volume of the ocean, we're reminded that for this community: "It doesn't feel like we are being saved, it feels like we are being moved."

Something that was a favourite in another arts media:  Jimmy James Kouratoras' Putāhi Wairua: Where Angels and Ancestors Collide took us into a cosmos of bright pink archways, golden taniwha, ceramic style figures, religious icons, huge tiki and tohunga sculptures. His large pop-colour contemporary Māori-Greek works were uplifted through the introduction of opera in sung Te Reo Māori, Greek and Arabic that held his art and his gods in communion in a very distinct and compelling way.

Something that promises much for the future: Woman of Citrus by Grace Bentley, My Heart Goes Thadak Thadak by Ahi Karunharan, Manifesto of a Good Cripple by Suzanne Cowan- all three works delve into the nuances of specific experiences but also make commentary of distinct cultural and socio-economic realities. There's still work to be done but it's vital to recognise that our theatrical diet has so much variety if we choose to be open to different differences.

Something that was questionable for you: Part of the Auckland Arts Festival, David Ireland's Ulster American was a sophisticated main-stage work but it's essentially a conversation between men about which women they'd rape if they had to. Sure, it's designed to expose misogyny but the routines are chuckle-inducing gimmicks that go on and on and on.

A key issue that kept coming up in the arts: The need for dramaturgy in the performing arts. Over the course of 2019 so many creatives from different and diverse communities have invested in developing their works - not just the text on the page but the world of the script and how it translates to an event. More emphasis and support needs to be given to dramaturgy and also a readiness to explore what it looks like for each project.

Your most moving arts encounter: I'm not a huge fan of musicals but I will admit that watching Hamilton by Lin-Manuel Miranda on Broadway with a diverse cast who delivered  at the Richard Rodgers Theatre was deeply transformative - for so many different reasons.

Something that was a favourite performing arts work:  Witi’s Wāhine which premiered at Te TairāwhitI Arts Festival this year.

Something that was a favourite in another arts media: Waiata Anthems - produced by Hinewehi Mohi.

Something that promises much for the future: Ka Hao: Te Tira Waiata - Rangatahi-based initiative led by Rob and Cilla Ruha.

Something that was questionable for you: Captain Cook thinks again - Barbarian Productions

A key issue that kept coming up in the arts: Cultural competency.

Your most disturbing arts encounter: Uma Lava - Victor Rodger - it was also the most hilarious!