For Greg indigenous community engagement was a vital part of the development of this work. 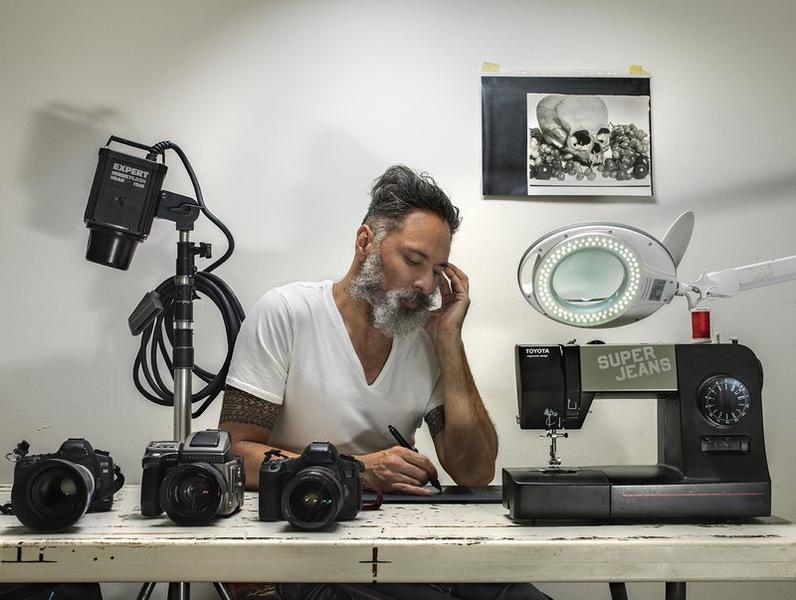 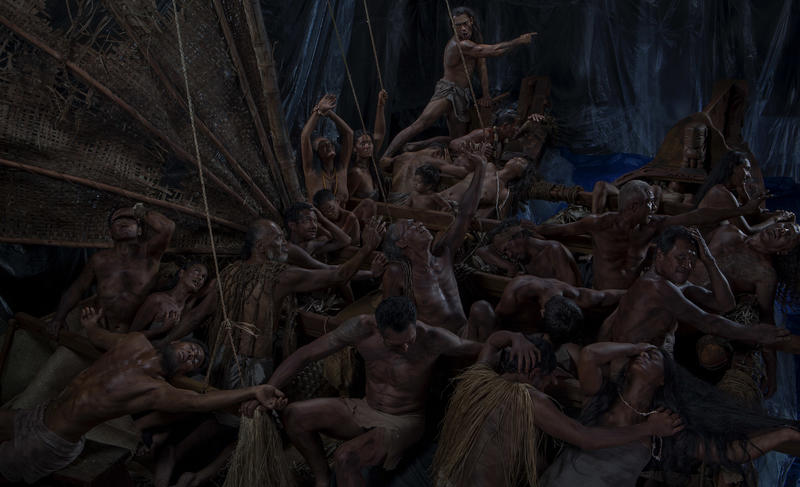 The Arrival by Greg Semu 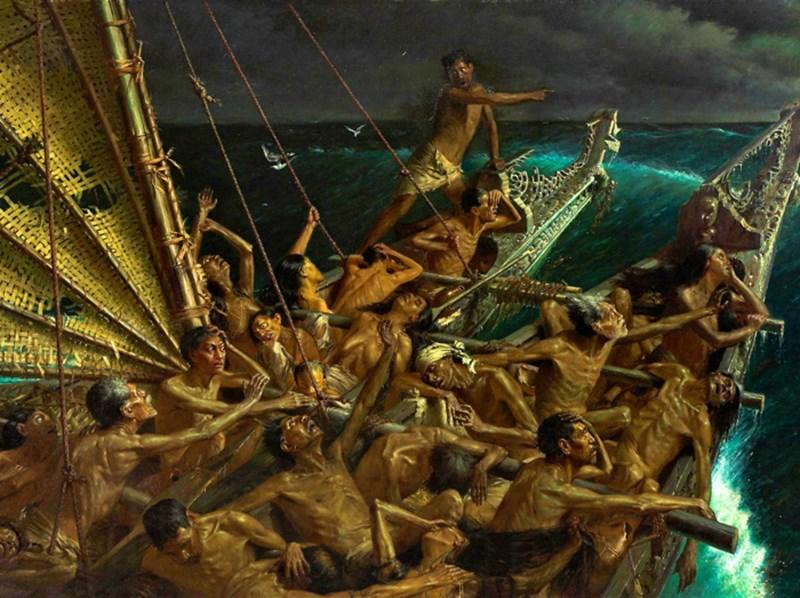 The Arrivals of the Maoris to New Zealand, Charles Goldie and Louis Steele 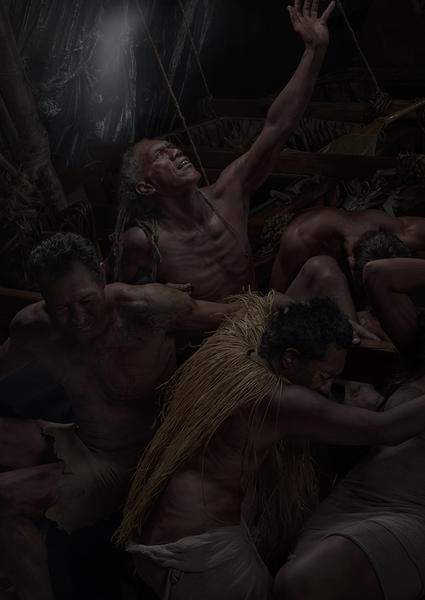 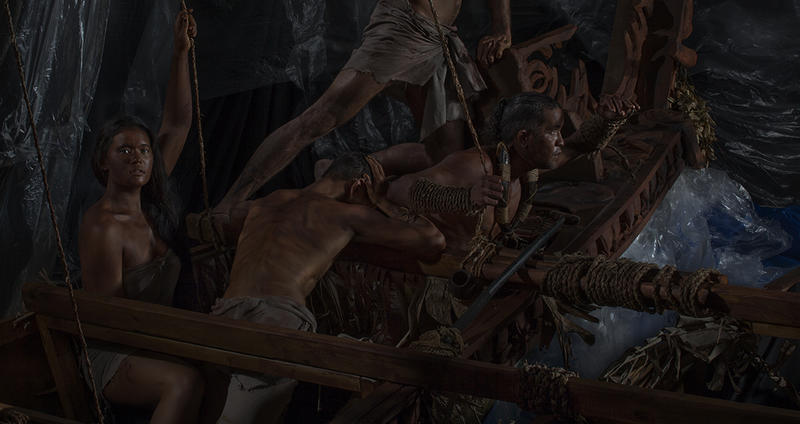 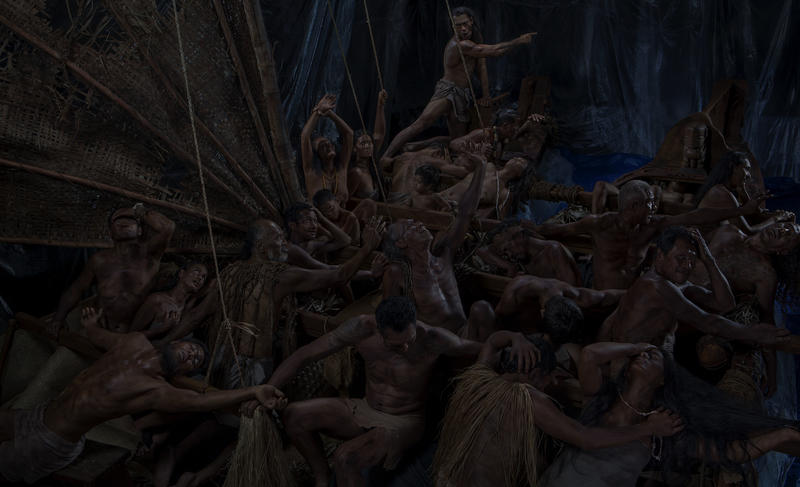 Auckland Art Gallery have dubbed it "probably the best-known history painting ever produced in New Zealand". And in the hands of Samoan New Zealand photographer Greg Semu it has had a bold reinterpetation for the 21st century.

Louis Steele and Charles Goldie's 1899 painting 'The Arrival of the Maoris to New Zealand' (pictured) depicts a double waka packed with starving emaciated Polynesian people, reaching out their arms towards Aotearoa on news of its sight on the horizon.

Based on French painter Géricault's famous picture 'Raft of the Medusa' the painting is inspired by European rather than any Maori accounts of the immigration voyages.

The Arrival, Greg's giant photographic reinterpretation of the painting was first shown at the National Gallery of Victoria in Melbourne in 2016 and it has taken until this month for the work to be shown in New Zealand. It features in the exhibition HERE: Kupe to Cook at Pātaka in Porirua, in which artists explore the journeys of our Maori, Polynesian and European navigators.

Like Gericault before him Greg Semu is currently in Paris. He's lived there before, inspiring his interest in classic European painting, but these days is resident in Sydney and was visiting to speak at the Oceania exhibition. The chiaroscuro of European painters, their treatment of drama and use of light has been a major influence for these lightbox based works.

For Greg indigenous community engagement was a vital part of the development of this work. With the assistance of a CNZ grant he created The Arrival in Rarotonga collaborating with many locals to create the set, film the work and people it. He was inspired by the possibility that the Cook Islands were one of the last staging posts for the migration to New Zealand, and he wanted to do something empowering he says for Cook Island Maori, whose voices he feels are underrepresented. The arts he believes are underappreciated for how they contribute in ways like this to local economies in employing people.