Instead of helping people connect with art, the language that's used to describe it often shames and alienates them, says Vanessa Crofskey. 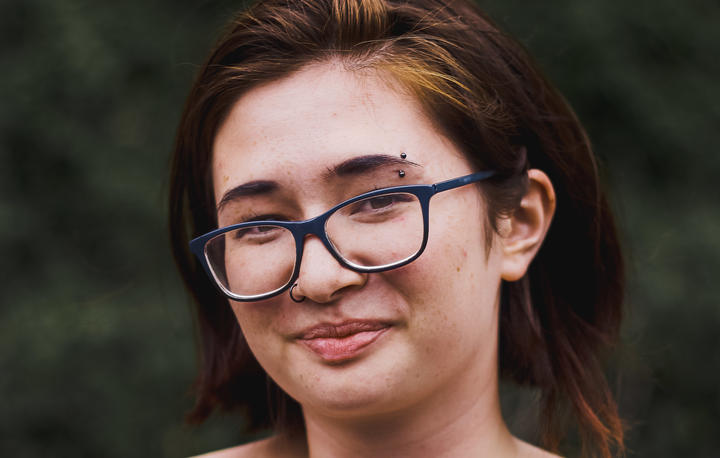 Art writers shouldn't necessarily downplay their expertise and knowledge of their subject, Crofskey says, but she's concerned that all too often their work is more about showing off than informing and entertaining listeners and readers.

“I am a current curator at Window Gallery at the University of Auckland and the submissions we got at the end of the year, they were for really cool projects, but half of them I couldn't read.

“I was searching on paragraph three trying to figure out what their actual intent was and what the actual project was because there were no simple sentences. It was ‘this project explores the spatial-temporal materiality of this form and a ‘textural kind of subjectivity’. And I was like, 'okay, but what's in the gallery? What is the thing?”

Art jargon has been identified as a specific language – International Art English – which emerged from academia in the '80s and 90s and has spread, regrettably, into the mainstream, Crofskey says.

“I think that there's definitely space for academic language, and I loved university, but it really does feel sometimes … I'm somebody with a lot of access and I walk into a gallery and I won’t understand a single thing.

“And that feels really hard in the same way as reading those submissions for the gallery I'm currently curating at. I had no idea what they were about, as someone who studies this and is passionate about it. It was just like, 'how can I not understand this?'”

“The language we use around art doesn't help, I think that people get scared because we sideline and we turn in on ourselves as an industry and say, ‘Okay, well, if you're not going to like us, then we don't need to cater to you. We're just going to do us.”

The world of art writing is littered with pretentious words and phrases, she says.

“There was a point in which 'liminal' got used a lot in everyone's essays. I definitely have to say that I used it, too. There’s 'transitory', and there’s 'spatial-temporal'.”

In International Art English, even simple words are made pointlessly vague, Crofskey says.

“So, you can't just say 'materials', you have to say 'materiality'. It's 'discursivity'. It just complicates language in a way that it doesn't need to be complicated In order to sound more official.”

She suspects this vagueness is a shield used to disguise uncertainty.

“That's what it feels like. When an artist or someone doesn't actually know what they're doing and they're not sure, they don't want to specify it and so they make it as vague as possible.”

The academics who coined the phrase 'International Art English' say it's a language that is never concrete, Crofskey says.

“They talk about how something never 'does' something, it always 'seems to do', or always 'appears to do' and 'may be interpreted as', it could 'possibly be analysed as'. We’re just so afraid of definitive statements. And we're so afraid of saying 'I do this, this is what I do, this is the thing, it talks about these things.”

Such writing is unreadable, lifeless and mystifying, she says.

“I think that writing can just be so boring and people feel like they can't be personal, they can't have personal opinions, and they can't even have simple opinions. Like 'I just really liked this painting, because…' It always feels like you need to have a justification and the explanation, which feels like a defence argument as to why you care about something. “

Crofskey wants artists, and people who write about art, to think about who they may be excluding.

“I think a really good exercise – that is good for an artist as well as for someone writing those statements – is to figure out how would you say this to a kid? How would you explain this to someone who maybe doesn't speak English as their first language, who didn't go to university, who didn't have an art education?

“Because it almost feels like these are all the things you need as prerequisites and requirements for going to a gallery and enjoying a piece of art when it shouldn't be the case.”

Crofskey's article has struck a chord with a lot of fellow artists, she tells Lynn Freeman.