Pot Luck is the story of three friends, who happen to be lesbian, meeting up every Tuesday for dinner. The series has 2 million views and counting but isn't quite paying the bills yet, say the creators. 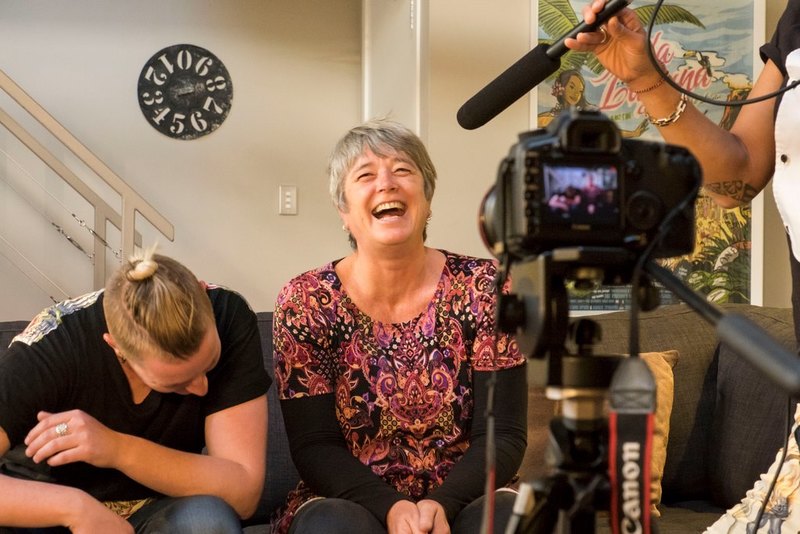 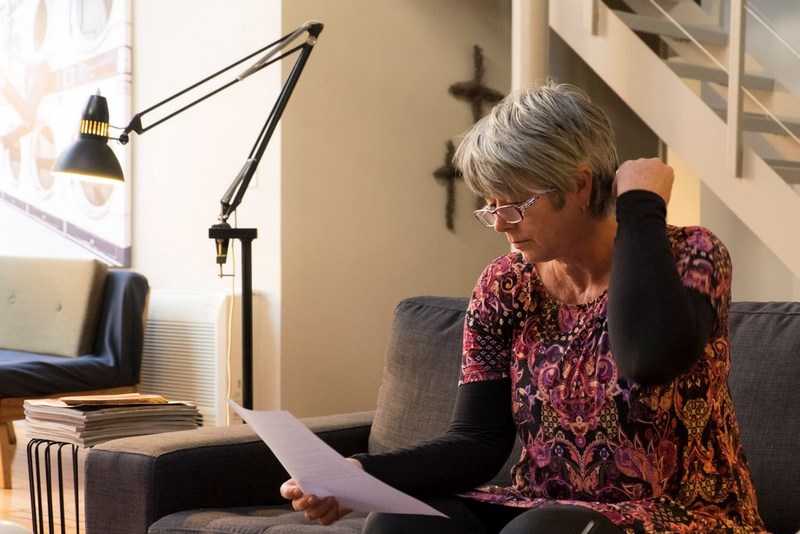 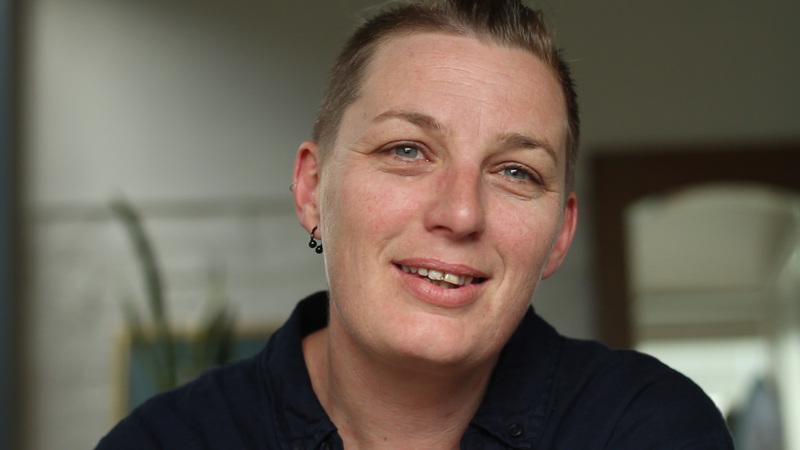 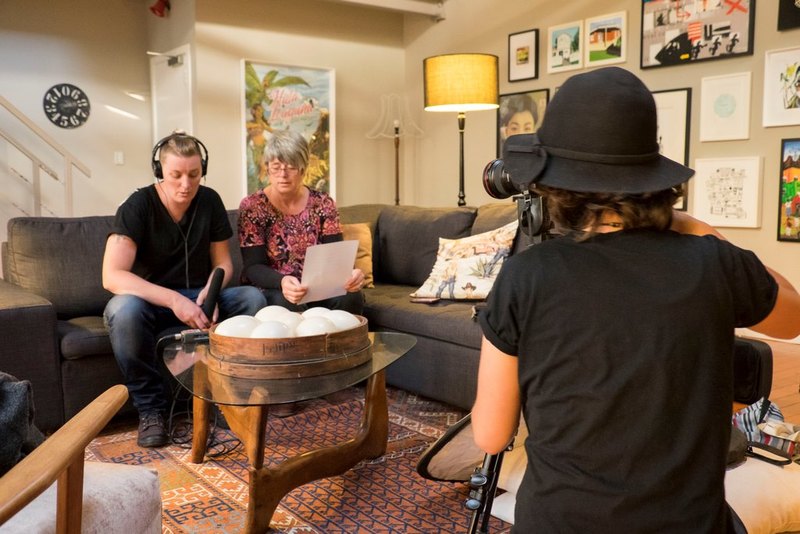 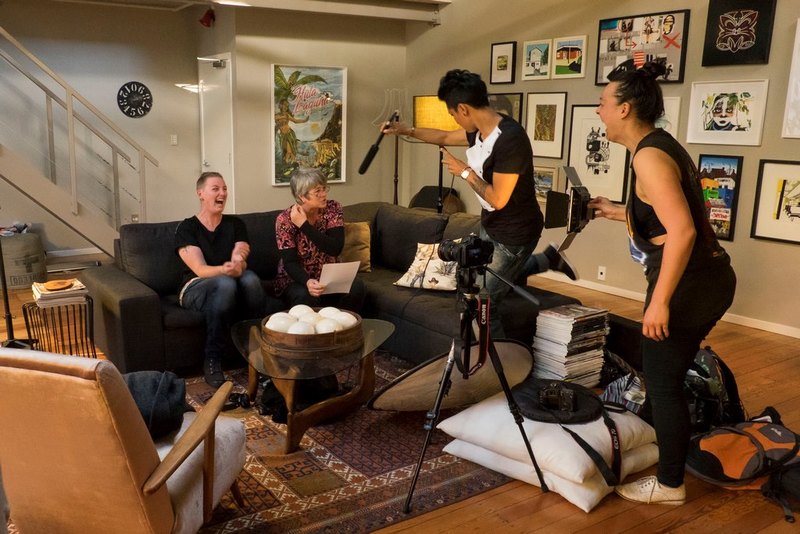 She describes Debs as a butch lesbian.

“She was my way into the series, to not just see this person and imagine that she’s rough and tough and angry. My experience of women like that in the real world is so often they are soft and vulnerable.”

“She’s really out there, it’s all about fun. She’s fairly self-absorbed.”

Beth – Mel’s ex-girlfriend – is the emotional heart of the show.

“She’s lovely and warm and she’s kind of the heart of the three of them struggling with her mum’s dementia and how she balances that with her life.”

Pot Luck – which has been described as kind of a cross between Friends and Transparent –  had to perform two jobs, Simmons says.

“First and foremost, it was a show that I wanted to resonate with lesbian audiences, but also something a broader mainstream audience could enjoy.

“It’s very hard to monetise. You can get a lot of views on YouTube, you get very little money. We checked one time and we’d made 10 cents!

“There are some series that make money out of it, but you need to be in the tens of millions per video clip. I love web series, but they don’t pay the bills.”

It's a case of a lot of talent chasing not a lot of funding, Simmons says.

“New Zealand’s got some really fantastic web series and web series creators and over five years there’s been a bunch of great shows. There’s so many great creators going for the same tiny slice of pie.”

You can watch the whole of Series One here.