Documentaries have the power to unite Andy Whitfield faces a battle with cancer in Be Here Now Photo: Supplied

The Documentary Edge Festival kicks off this month and the opening film for the launch is Be Here Now, a story that follows the journey of actor and star of Spartacus, Andy Whitfield, as he comes face-to-face with cancer.

U.S-based Academy Award nominated film maker Lilibet Foster said the process of making the documentary was very much a be here now experience that required absolute trust from both parties, as she followed Andy and his wife Vashti through the process of Andy's cancer diagnosis.

Foster has been making observational documentaries for twenty five years and says that the universal commonalities in stories like Be Here Now have the power to unite people. This story in particular looks at love, family, career and a fight for survival.

“It’s rewarding and you can bring people closer to their own shared human experience—it can reflect our own life back to us," she says.

When Andy was re-diagnosed with cancer he wanted to use his star power to share his experience. His thinking was that if it was scary for him and his family, then it must also be scary for other people, too. 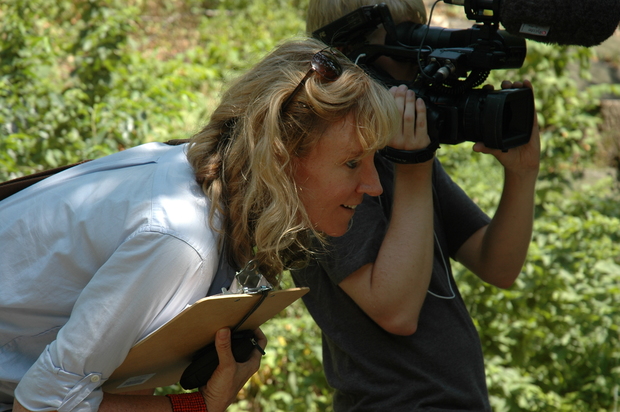 Foster developed a close relationship with the family during the process of filming the documentary and was inspired by their ability to remain positive, despite going through a life-changing experience.

“Throughout the filming I think that I always remained positive [and learnt] from Andy and Vashti that everything happens for a reason and that the journey is important, even if you don’t get what you want.”

Andy and Vashti hoped that the film would inspire others and also shine a light on the need for further cancer research and patient support.

Foster says that through the film's release they have teamed up with cancer organisations and support communities in the United States and look to do the same in New Zealand and Australia.

The Documentary Edge Festival runs from 4-15 May in Wellington and continues in Auckland from 18-29 May.

For more information head to the Documentary Edge Festival website.