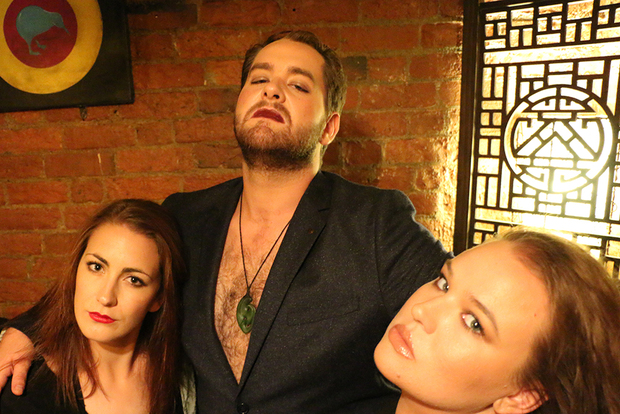 Circa Theatre is on the doorstep of the waterfront, inside strong French accents are being tossed around as the cast begin to get underway.

It’s the latest production from ‘A Slightly Isolated Dog’ and Director Leo Gene Peters has flipped the classic Robert Louis Stevenson novella “Doctor Jekyll and Mister Hyde” on its head.

The original story is about a well-rounded Doctor Jekyll who creates a clone of himself named Mr Hyde so he can do absolutely abhorrent acts (think murder and criminal activity) and face no prejudice from his community.

The themes within the story are about the idea we are all Jekyll and Hyde, we are all good and we are all evil. We all have brief, sometimes explosive, moments of rage and anger.

But what about a modern domesticated Jekyll and Hyde? What would that look like?

Director Leo Gene Peters explains:“It could be yelling at the telemarketer even though you know it’s just his job you know? Or squishing all the avocados that are ripe just because you can”.

It’s the little bits of evil in all of us that make us question our sanity, but Peters believes we should embrace these parts of ourselves.

This adaptation features five French clowns. Who work harmoniously with the audience to construct and tell the story.

Andrew Paterson, Susie Berry, Jonathan Price, Jack Buchanan, and Hayley Sproull have practiced and perfected their French accents and they’ve even taken it a little further

“Taking the French accent off is much harder than putting it on!” Sproull says.

“I go to the flat and I try and have serious conversations in the French accent over the bills that need to be paid.”

The idea behind the production is to involve the audience without making anyone cringe and of course to celebrate everyone’s inner Hyde.

The show will be running from the 19 March to 16 April and you can get your tickets here.