The Colourful World of Mica Still 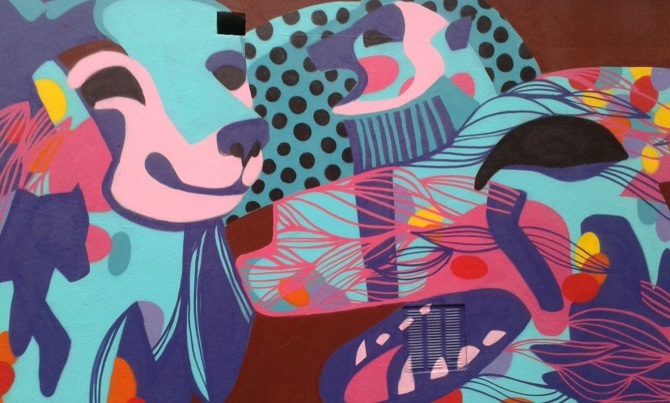 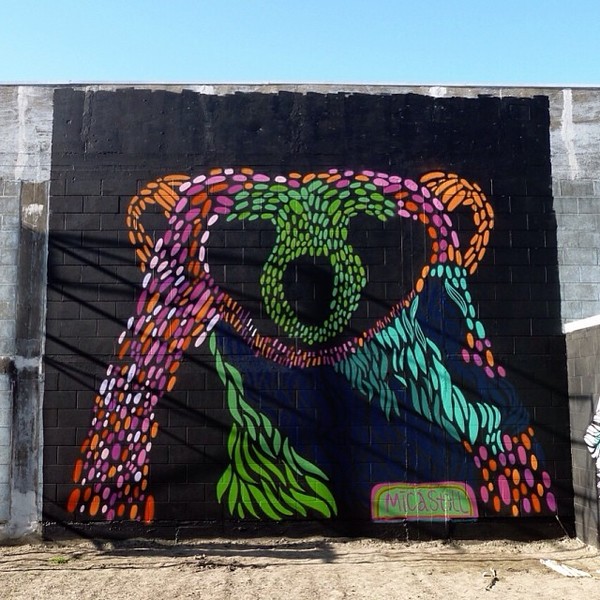 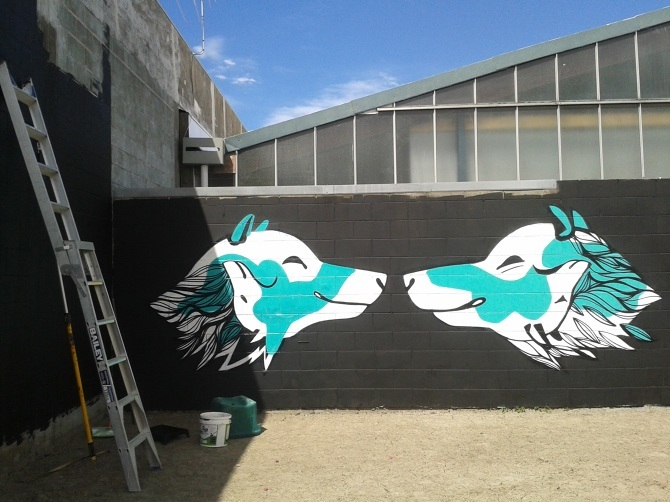 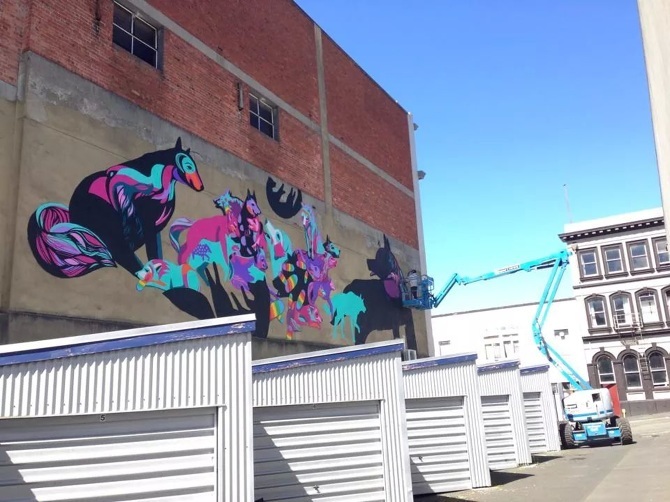 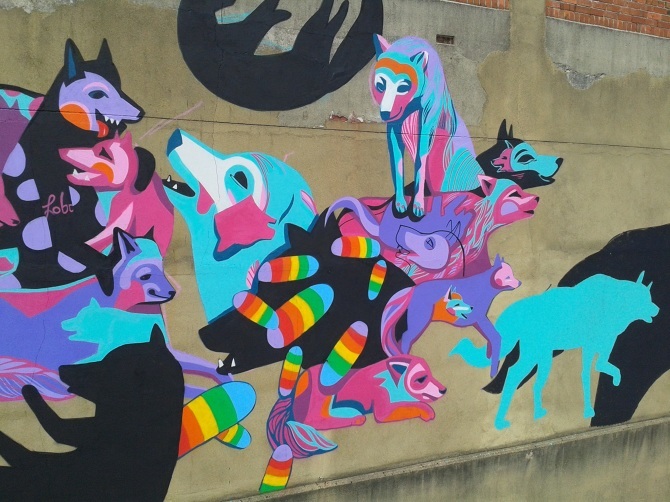 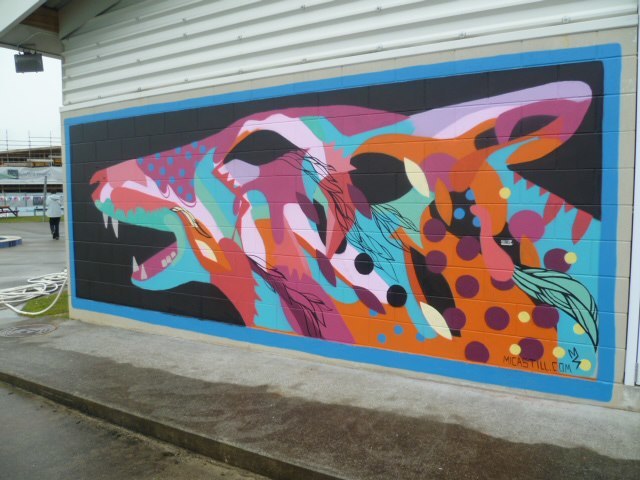 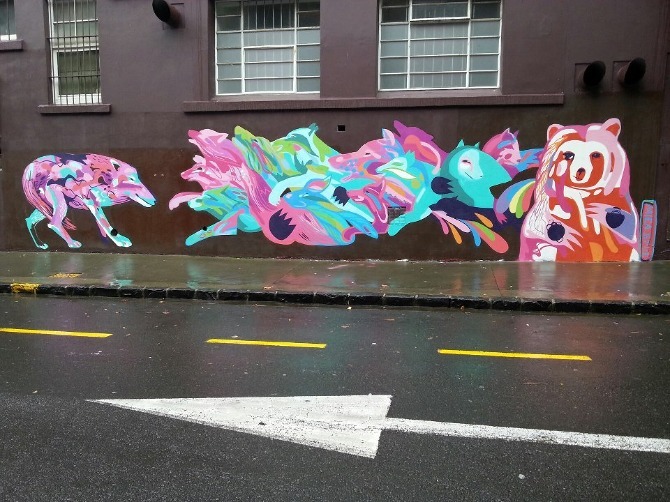 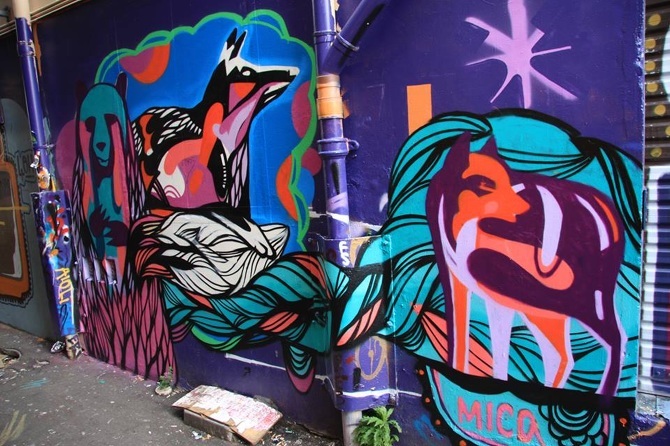 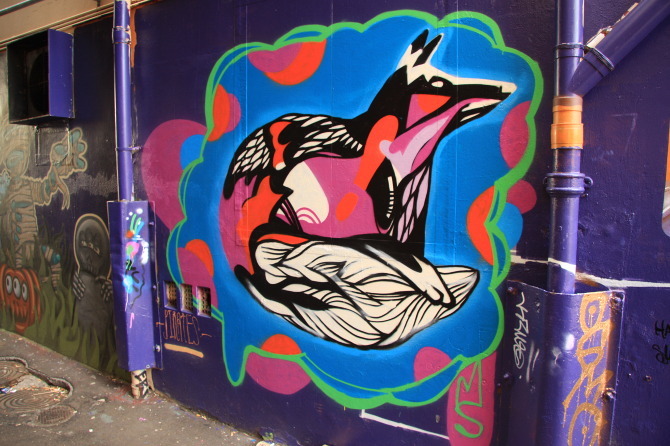 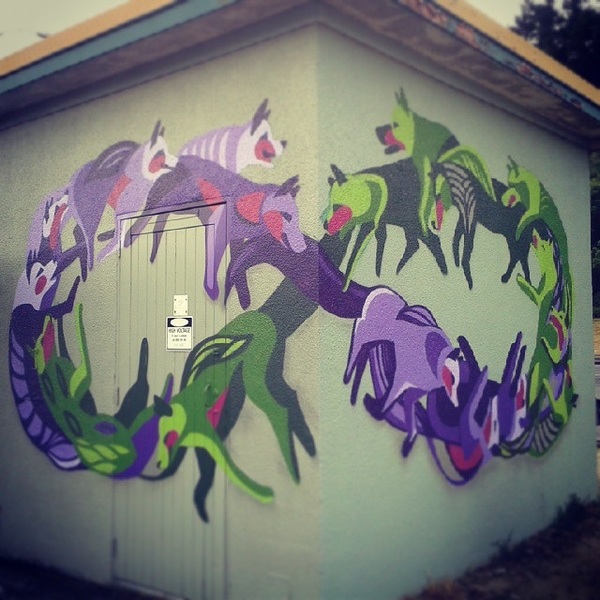 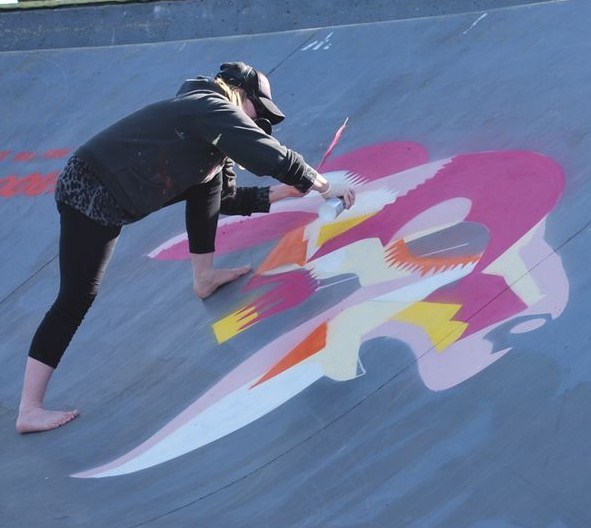 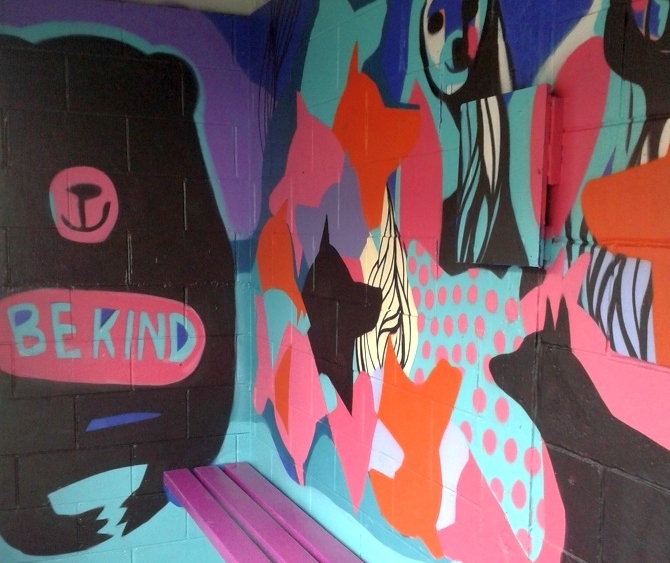 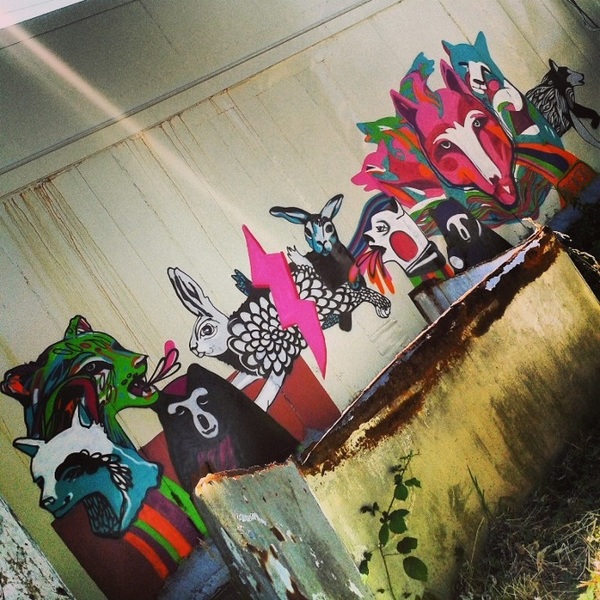 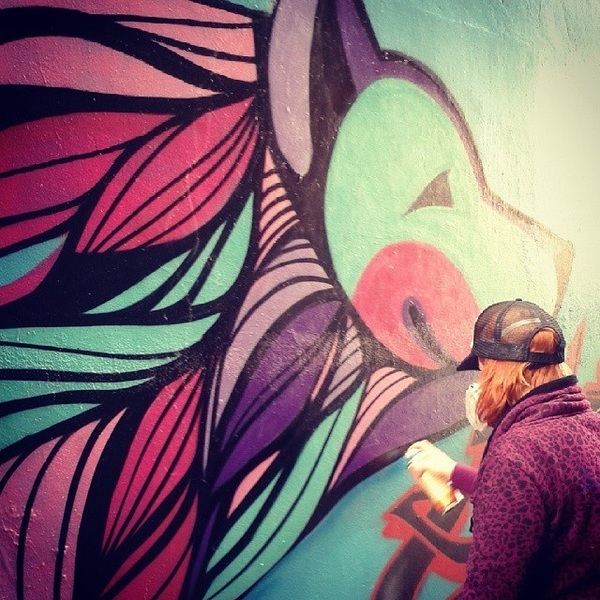 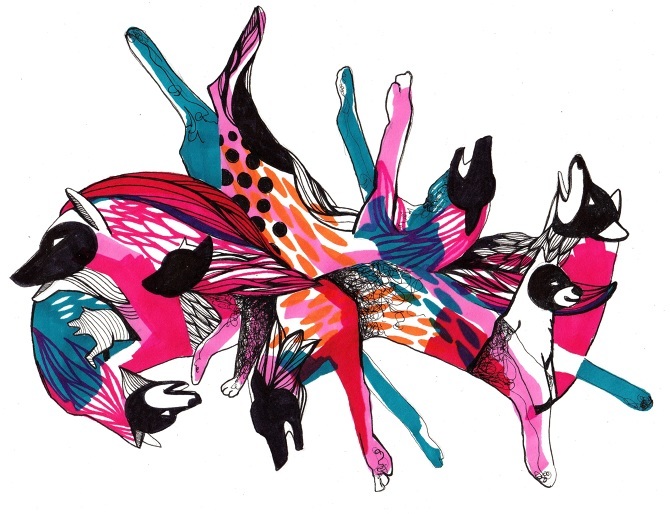 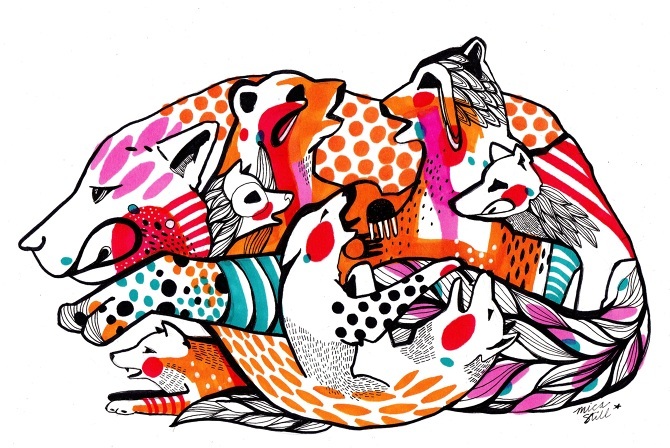 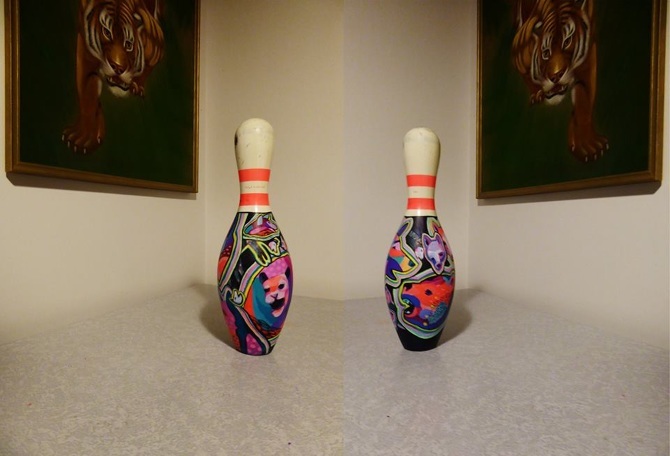 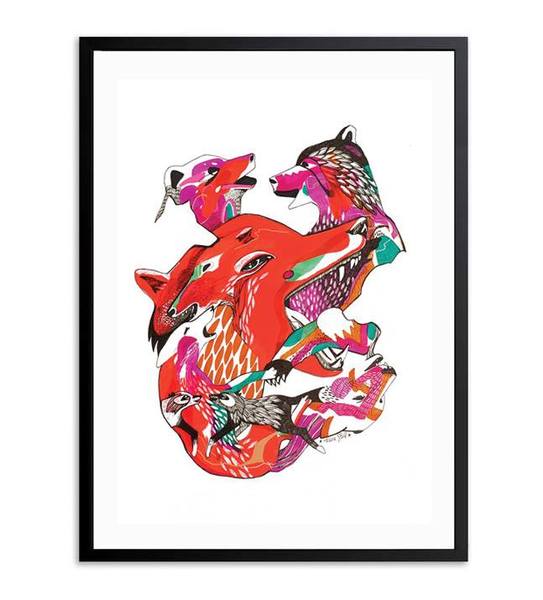 If you've ever seen the work of Mica Still, you won't be able to walk past without a smile on your face.

The US-born, Wellington-based artist loves taking her art to the streets, and in recent years has made the transition from black and white photography and fine art, to an explosion of colourful creatures that can be found at various locations across the breadth of the country.

She has been producing street art for the past four years and says she has grown in confidence through encouragement from other street artists, including Sean Duffel, who often invites her to come out and paint.

Colour is a major feature of her work, and arriving at a vibrant palette has been part of a natural progression which coincided with a divorce and a brand new start in New Zealand. Mica applies opposing colours and shapes that come together as a collage of animals—usually wolves, bears and the occasional ghost-like creature, and you’ll sometimes find a rabbit or even a My Little Pony in the mix. 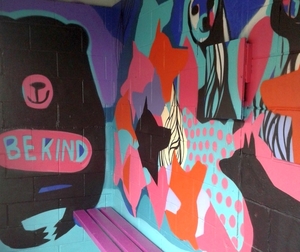 “Colour kind of took over and I just never looked back. I wanted to produce work that made people feel happy [because] life is very serious and it can be overwhelming.”

For Mica, it is the wolf motif that continues to make an appearance in her work and she cites their strength, sense of family and their independence as the reason to draw inspiration.

Although quietly spoken, one can’t help but feel that one of these fierce, yet playful animals lives inside of her, driving her towards the next piece—a place where her vivid imagination takes over; one animal will morph into another, until the completed image consists of a running pack of wolves, leaving the viewer desperate to run alongside in the hopes to catch up and join in the fun. 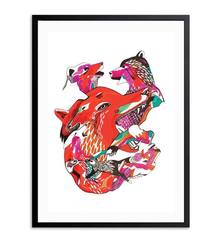 She refers to the medium as addictive, with the only problem being that it’s impossible to stop people tagging over the top of the work. She readily accepts that this is part of the process and has also grown accustomed to the regular interruptions and the stop-starts of having to make way for vehicles passing through, and people stopping to chat.

There is an immense amount of satisfaction and freedom to be gained from making street art and Mica is adamant that she will only paint if given that creative freedom to do what she does best.

“You’re hiring me to do what I do [and] at this stage, I don’t want to be going out and doing work just for the sake of it.”

The street artist with a fine arts background never works without consent, despite being asked by concerned citizens as to whether she has been granted permission.  She is also careful about how she chooses to label herself, and the context of her work.

“I would never enter the debate of being a graffiti artist. That’s not the realm that I’ve ever been in, or pretend to be in, [but] I naturally go under street art because it’s part of my practice.

Mica values becoming part of what she sees as a growing community of street artists in New Zealand and encourages other artists not to shy away from the medium, if it interests them.

“We get jealous of each other and we openly say it, but it pushes us to work really hard and get better. You have to be socially confident, savvy on social media [and] you have to find time to produce the work and then promote yourself… the beauty of doing street art is that you’re not alone.”

Mica talks with Sonia Sly about her work.

All images courtesy of Mica Still

You can find out more about Mica via her website: http://www.micastill.com