Something Felt, Something Shared Left: Gabrielle Amodeo by the entrance to her home. Right: Kalya Ward with her 1970's transistor radio

Hearing voices of the dead over the radio, and packing up the rooms of a house into book form.

This month at Enjoy Gallery, Kalya Ward and Gabrielle Amodeo share their experiences and personal connections with their former homes through an exhibition Something Felt, Something Shared.

“At the moment I’m really interested in ways that deal with autobiography that are common to everyone , but also completely specific to me,” says Gabrielle Amodeo who refers to the idea that most people live in a dwelling of some sort.

Gabrielle has recently packed up house in Auckland  and transferred her life and possessions to Wellington. Part of that ‘packing up’ involved taking floor rubbings—graphite on paper—from every single room in the house. These hand-made rubbings have been made on individual pieces of paper, and each room folds out from a series of hard cover books.

Floor board markings, bits of hair, dust and dead skin emerge through the graphite and Amodeo maintains that even after vacuuming and mopping it is impossible to remove every single fragment from the floor of a space that has been lived in.  “A house is going to have something of every past owner,” she says added to which she found candle wax on the floor in a room where she had never lit a candle.

Making the rubbings was a slow and laborious task for the artist, who says that the most fascinating aspect of the process was the edges of the rooms—the space we are most likely to commune and inhabit— rather than the centre of a rooms, as the spaces we tend to move or transition through.

“Sometimes hair would get caught under these rubbings…they skit across, and even though it’s only one hair  it’s recorded multiple times within the rubbing.”

The most recognisable part of the house is the bathroom—the distinct outline of the toilet gives the rooms identity away and Gabrielle confesses that it was her least favourite part of the project, which she had to overcome: “It was a little bit gross doing that bit,” she grimaces. 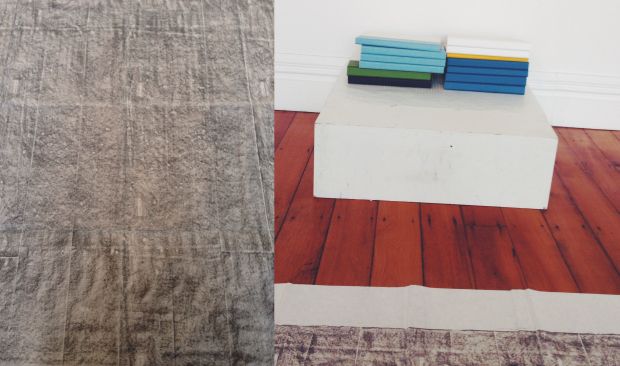 Left: One of the floor rubbings by Gabrielle Amodeo. Right: A stack of rubbings made into books

Like Gabrielle, Kalya Ward also investigates her relationship with a former home which she recalls as a small child. Memories of the house were immersed in ghostly tales and creepy, hair-raising experiences. Her family lived in the Christchurch only for a couple of years, but a series of uncanny coincidences took Kalya back to the haunted house, on the very date that a Mr William Harper— who also lived in Kalya’s old bedroom—had passed away in 1898.

After some research, Kalya discovered a raft of information about the man who is at the centre of her project, the manifestation of which, consists of a book of ephemera and an audio file recorded along the very same cycle route, which Harper took the day he died. She hopes that people will hear the voice or traces of William harper through the recording which is transmitted through a 1970’s transistor radio—the domestic object which ties her into the project as a reference point for her personal experience with the ghost.

Hunting down the perfect transistor radio brought with it a few challenges, and she notes that one radio even turned itself back on after she had just turned it off: “ I was getting haunted by various radios as they were slowly dying around me,” she says. 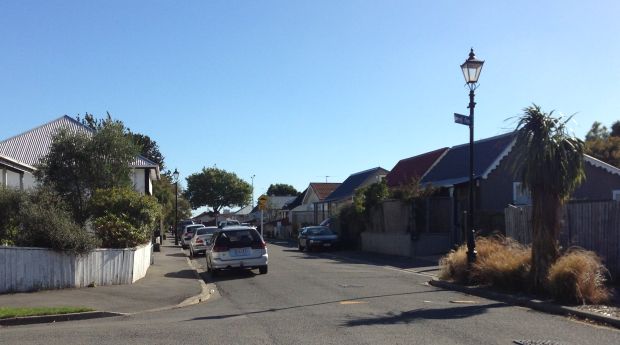 So does Kalya Ward really believe in ghosts?

She would like to think that her ghost is that of Harper and discovering the information about him – on the very date he passed away – certainly reinforces the notion that it could be the man himself.

“Part of me is cynical, but I like to be open to the idea that ghosts exist [and] growing up in Christchurch it’s hard not to believe [in them]. So many people that I talk to have had experiences.”

Kalya Ward and Gabrielle Amodeo will be showing their work as part of a group exhibition with Ruby Joy Eade and Clare Hartley McLean at Enjoy Gallery until May 30.