When the Prime Minister made her announcement yesterday about the steps being made in the light of the coronovirus threat, it was clear that it was going to affect any large gatherings of people in New Zealand.  And that particularly affected the arts and entertainment fields, of course.

Big events currently under way include the Auckland Arts Festival and Womad, but there are more on the way.  Simon is joined by Justin Gregory who's been covering the Auckland Arts Festival, as well as RNZ's Brad Warringtom from Womad, The New Zealand Symphony Orchestra's chief executive Peter Biggs, and Mark Christianson from the NZ Motion Picture Exhibitors Association.

A year after the tragic events in Christchurch how does the New Zealand Muslim community feel about living here?

Today shows one way of commemorating it. Wellington photographer Russell Kleyn and writer Janie Walker worked with the community members at Kilbirnie Mosque to share their experiences, at an exhibition of portrait photos and collective writing.  It was to get its first outing at the mosque's open day - but that has been cancelled to avoid any risk of spreading the Covid-19 coronavirus.

The writings were the result of a creative writing workshop, and they are often stunning in their simplicity and directness. Before I talk with Russell, Janie and from the Kilbirnie Mosque Tahir Nawaz, here's a piece from Leila, one of the Kilbirnie community. 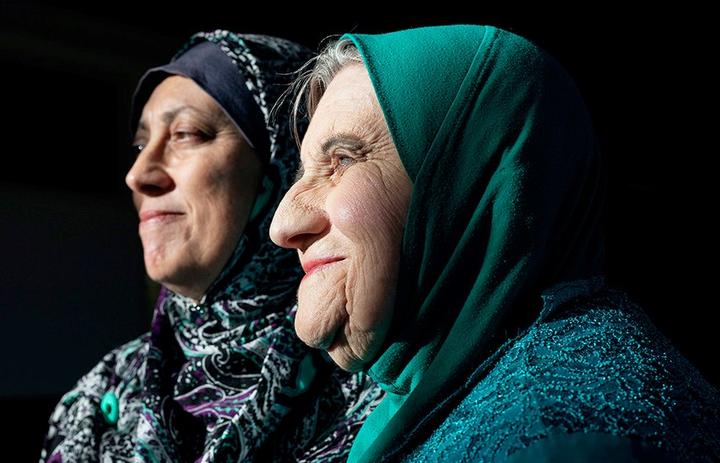 American organist and composer Cameron Carpenter is about to perform with the New Zealand Symphony Orchestra in Christchurch and Dunedin.

Cameron's been a described as a "phenomenal virtuoso".  He's also been called a "bad boy rock star" - possibly partly because his 2016 album All you need is Bach topped the Billboard Classical chart, and he's the first solo organist to be nominated for a Grammy.

But mostly he plays one of the most daunting instruments there is - it occupies an entire wall of a Town Hall, it's got several keyboards that you have to play all at once, often using your feet.

Cameron Carpenter, surrounded by a daunting number of pipes, knobs, drawbars and foot-pedals. How does he do it? How does anyone do it? But Cameron has been doing it for his entire life. 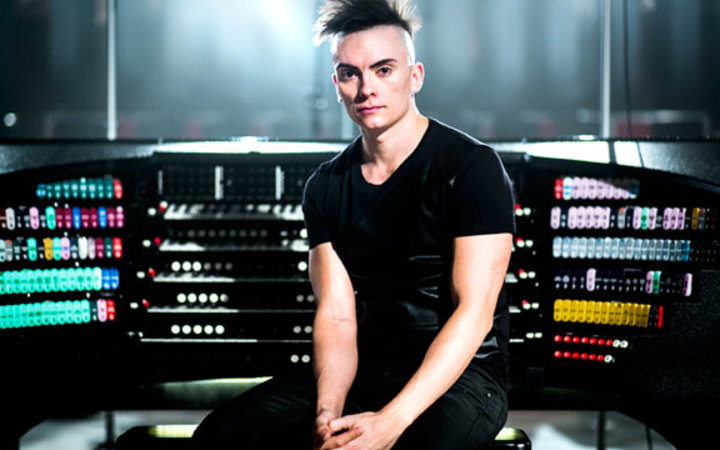 He's been described as the King of Love Songs - composer Burt Bacharach whose songs dominated the charts from the 50s to the 80s, but perhaps most powerfully in the Sixties.

His name is also often synonymous with "cheese"- quite wrongly in my opinion - mostly thanks to his appearance in the Austin Power movies.

High time for a reappraisal of his work - classics like Walk On By, Anyone Who Had A Heart, What The World Needs Now and Dusty Springfield's none-more-Dusty "The Look Of Love".

The show, 'The Look of Love' opened in Nelson last night. She's playing in Christchurch next week, and at Wellington's Circa Theatre on April the 4th before touring the rest of the country. 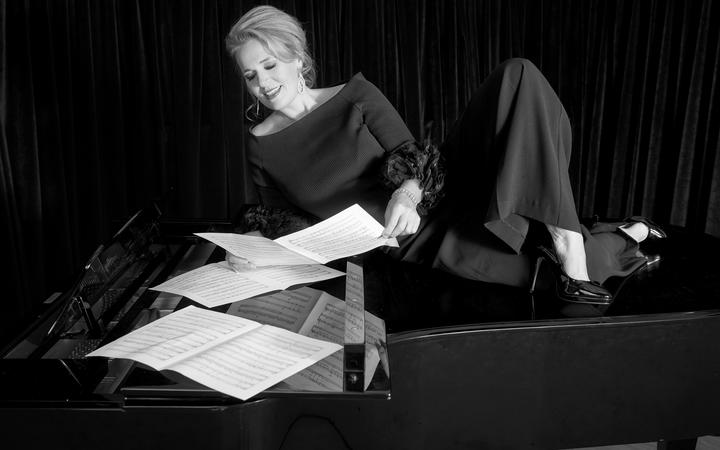 This week indigenous story telling through film will be showcased at the Maorilands Film Festival in Otaki, on the Kapiti Coast.

The festival allows film makers from around the world to gather together, and share their work.

One hundred and 20 films from around the world will be shown.

Story telling through art, weaving, and carving is also celebrated during the festival.

It's held at the Maoriland film hub in Otaki - but the hub does much more than provide a venue for the festival.

Throughout the year it runs a programme for young people, by young people, who travel the world to meet aspiring indigenous film-makers, and teach them how to tell their tales.

To celebrate her 80th birthday, Dame Fiona Kidman has brought together 13 of her short stories to explore what it means to love.

They're selected from almost half a decade of writing, and include several new stories.

Over the years she's published more than 30 books of short stories and poems as well as novels, non fiction and a play.

Fiona's called this latest collection All the Way to Summer. 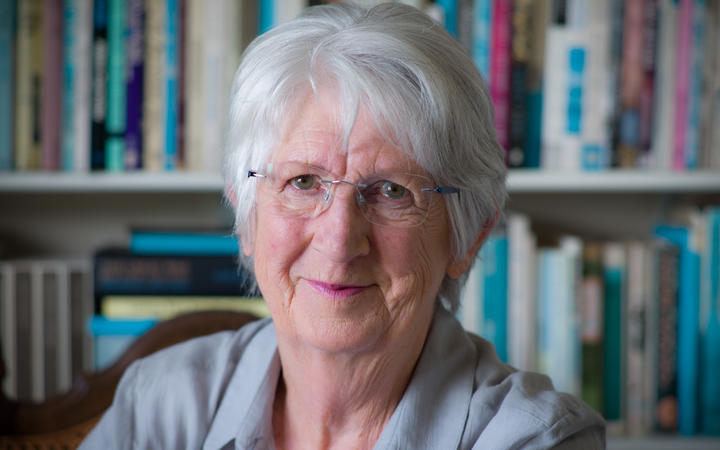 This is not something you hear about too much these days - the commissioning of a new stained-glass window.

Yes, it is being placed in a church - the All Saints Church in North Dunedin. But its subject is not a scene from the Bible. It is a tribute to the Reverend Arnold Spencer-Smith, the chaplain of famed British explorer Sir Ernest Shackleton.

So who was Arnold Spencer-Smith and what was his connection with Dunedin? Simon Morris talked to Dunedin artist Jenna Packer and stained-glass maker Peter McKenzie. 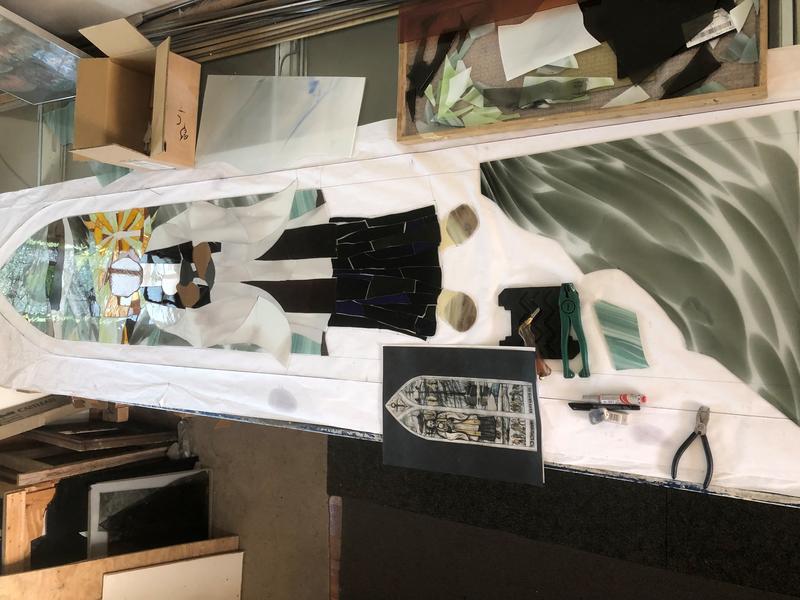 The window in progress 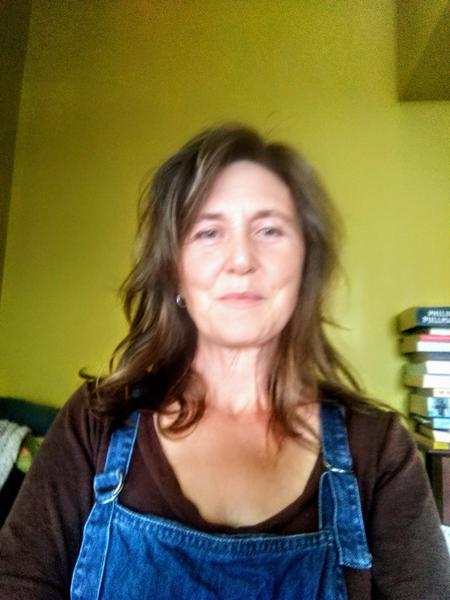 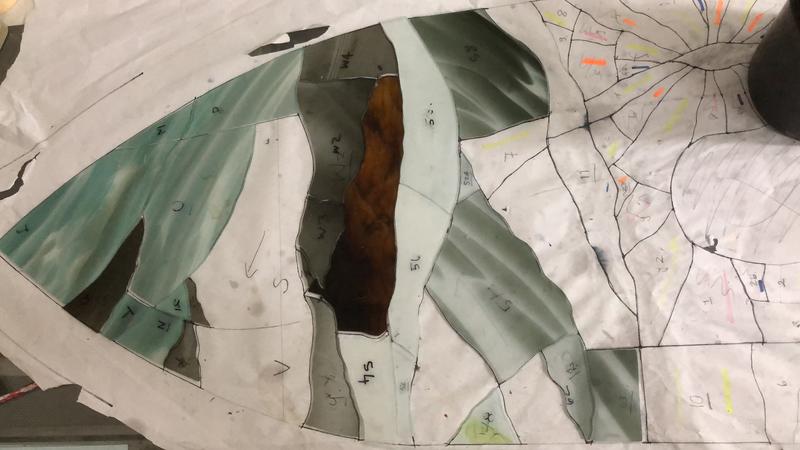 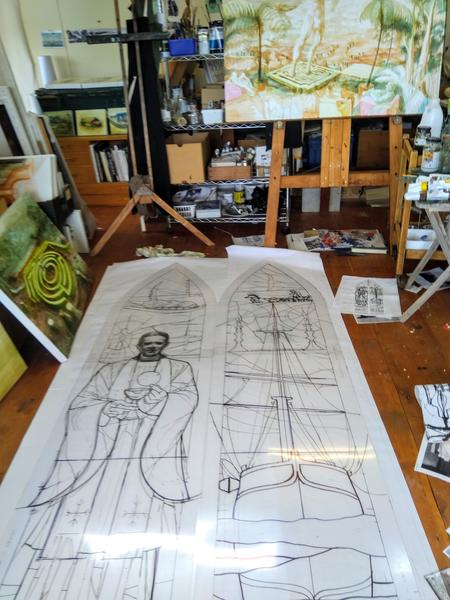 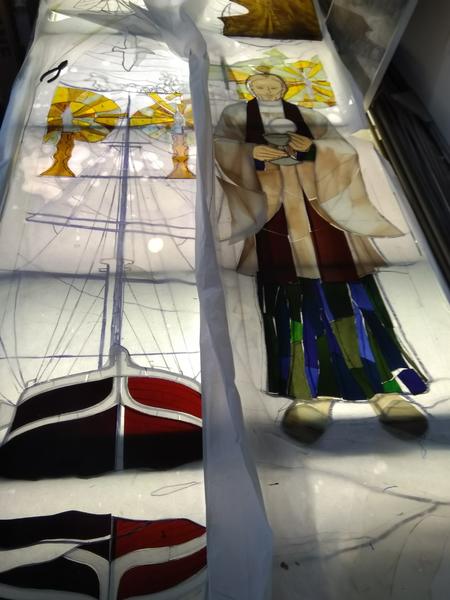 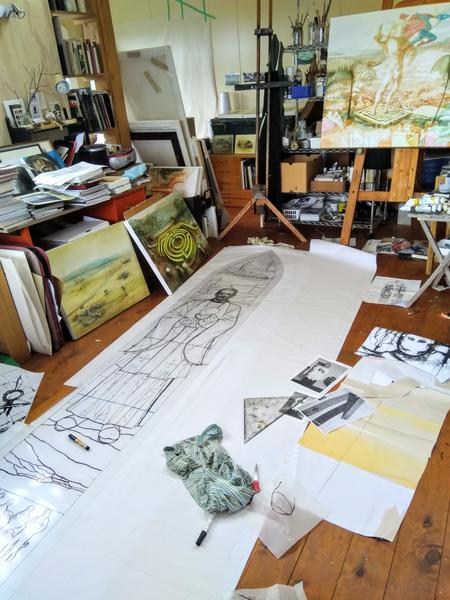 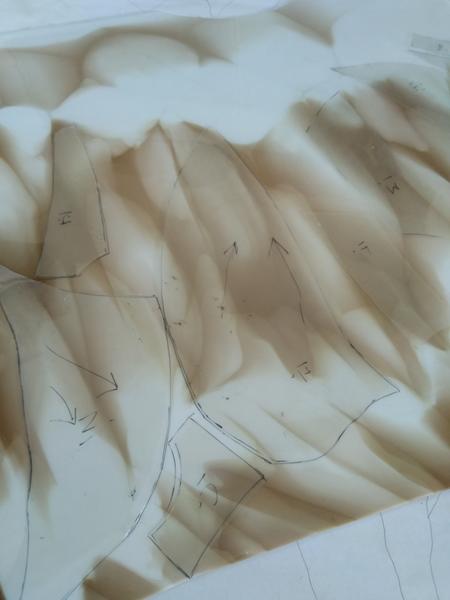 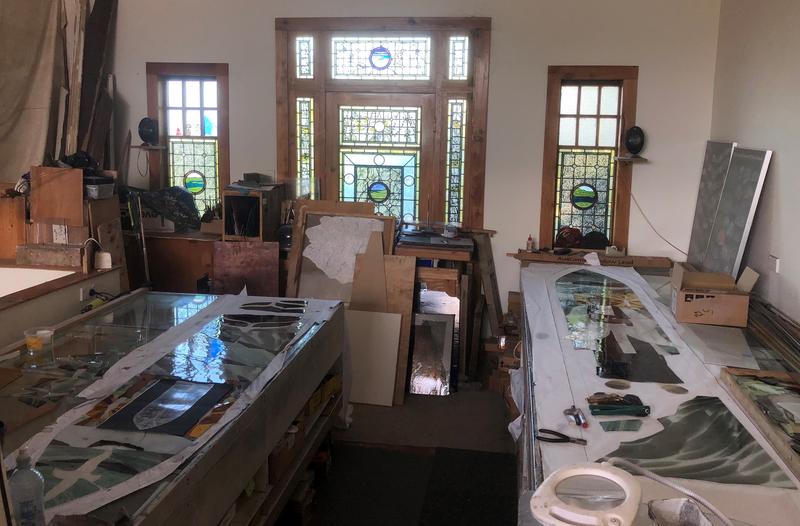 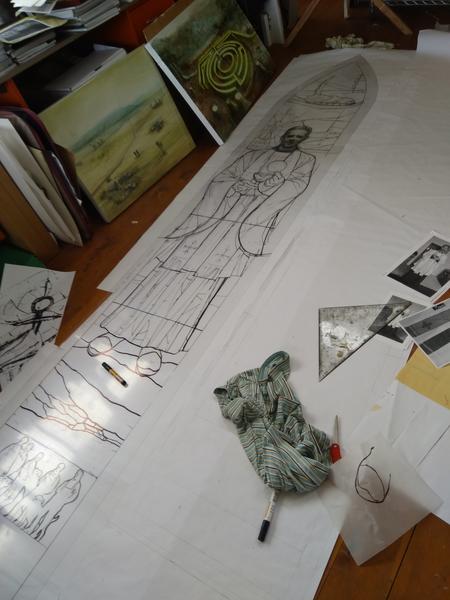 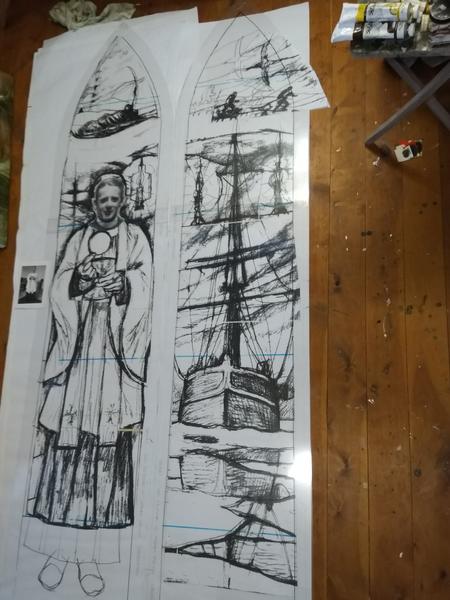 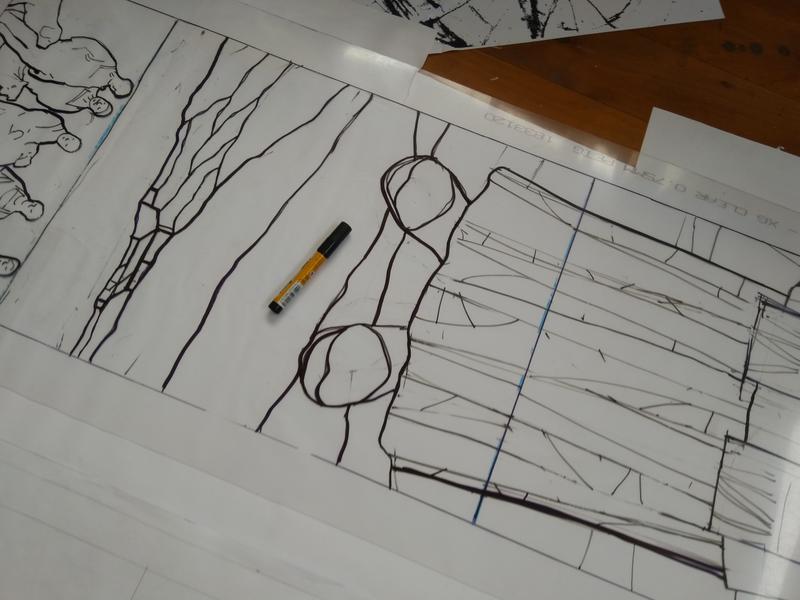