Standing Room Only for Sunday 15 September 2019

12:37 New Zealand Drama for the World 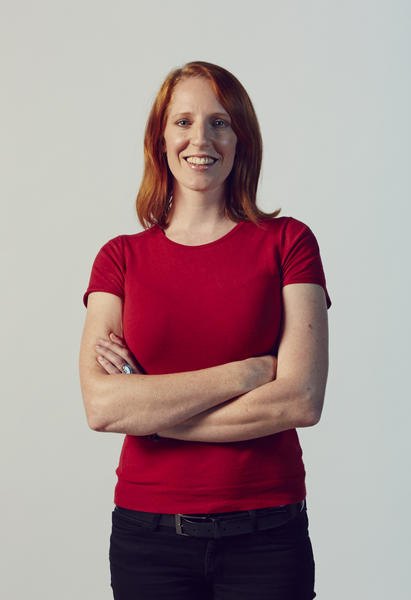 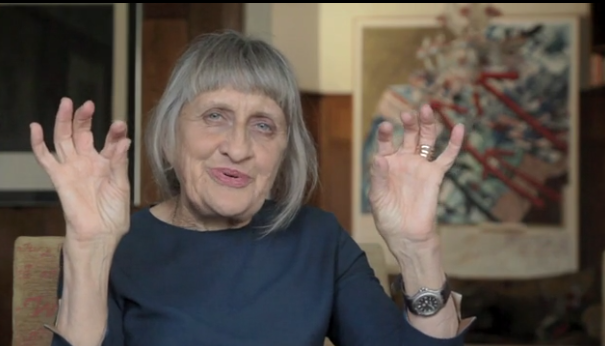 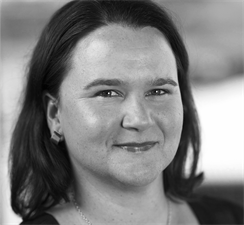 This year a project was initiated by NZ On Air, the Film Commission and Script to Screen to sell on-screen New Zealand drama to the world.

These days, many of the best examples aren't on linear TV, or even at the cinema.  They're on streaming services like Netflix and Amazon Prime.

Raupapa Whakaari: Drama To The World attracted an enthusiastic response - whittled down, first, to a long list of 10 projects, and this week to a final four.

TV Drama with the range - and budget  - of a major feature film.  Movies that can go on as long as they need to.  That's the inspiration behind Drama to the World.  These days the market for international dramas is wide open.  There are hits on Netflix and the like from Denmark, France, Germany, Israel... so why not New Zealand?

Simon Morris talks to Amie Mills from NZ On Air, who's been co-ordinating the project.

Then Lynn Freeman talks with two of the producers of one of the four finalists for development.  Ashes and Prophets is produced by Philippa Rennie from Warners TV NZ, and the hugely experienced film and TV producer Robin Scholes, best known for her work with Lee Tamahori on Once were Warriors and Mahana.  Lee's also on board on Ashes and Prophets.

Simon Morris reviews Amazing Grace, The Farewell and Girls of the Sun. 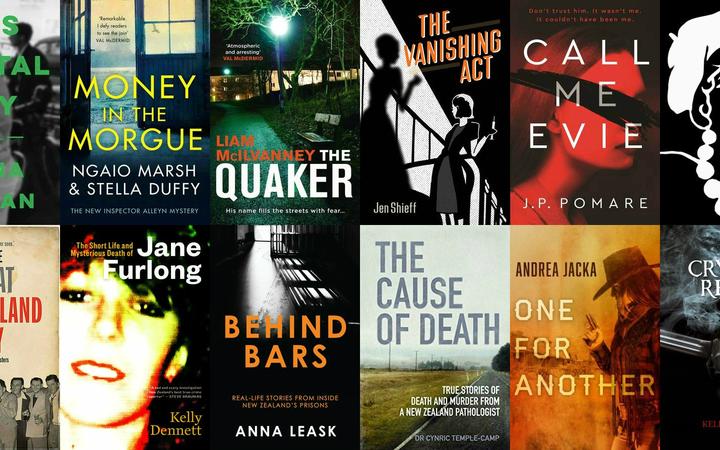 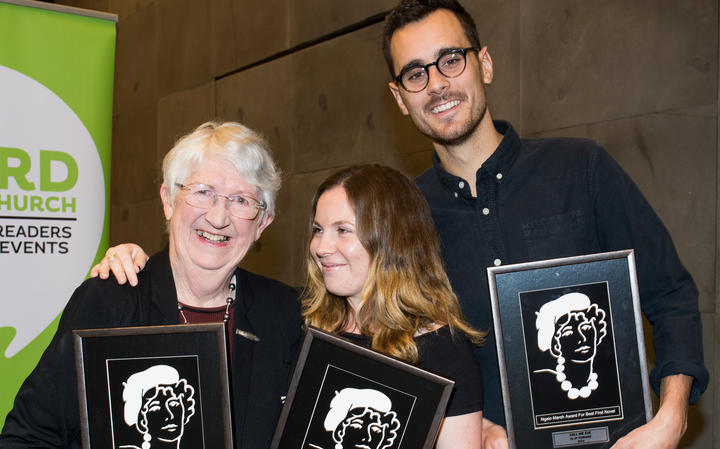 TVNZ has announced that it's pumping millions more dollars into local content.

While there's no breakdown of how that money will be spent at this early stage, it's a fair bet that a chunk will go into drama.

Two big-budget local crime dramas have been on our screens so far this year - The Gulf, currently showing on TV3, while TVNZ screened The Bad Seed earlier in the year. There's also going to be a sixth season of the popular Brokenwood Mysteries on Prime.

Producers looking for strong story lines could look to the winners of the 2019 Ngaio Marsh Awards, announced in Christchurch last night at the WORD spring event.

Best First Novel was taken out by J P Pomare for Call Me Evie, a psychological thriller about a traumatised teenager who's trapped in a remote cabin with a man who might be her carer, or might wish her harm.

And the Best Nonfiction award went to The Short Life And Mysterious Death Of Jane Furlong by journalist Kelly Dennett who investigated this high profile unsolved murder case.  It looks in depth at Jane's disappearance in 1993,  and how the discovery of her remains in 2012 impacted on those who loved her. 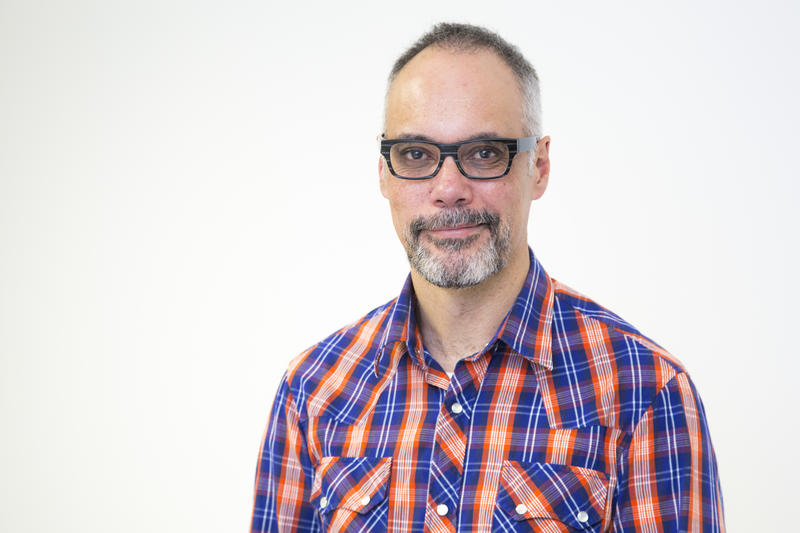 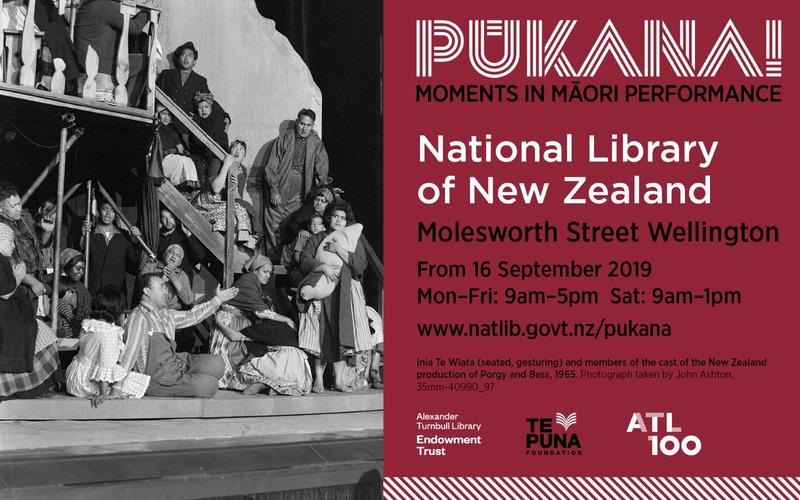 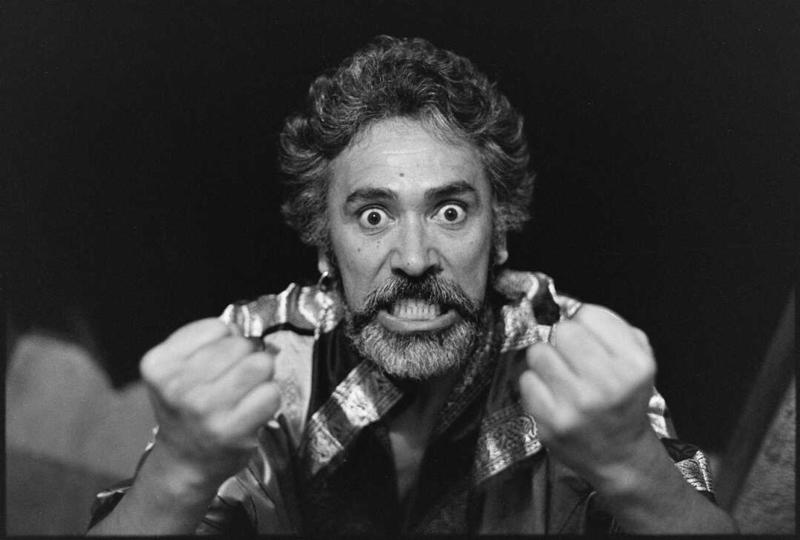 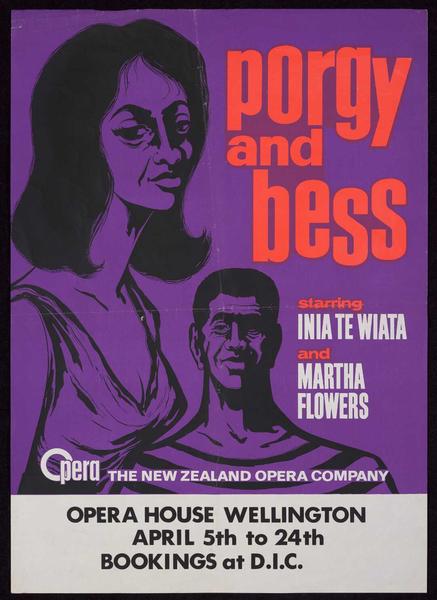 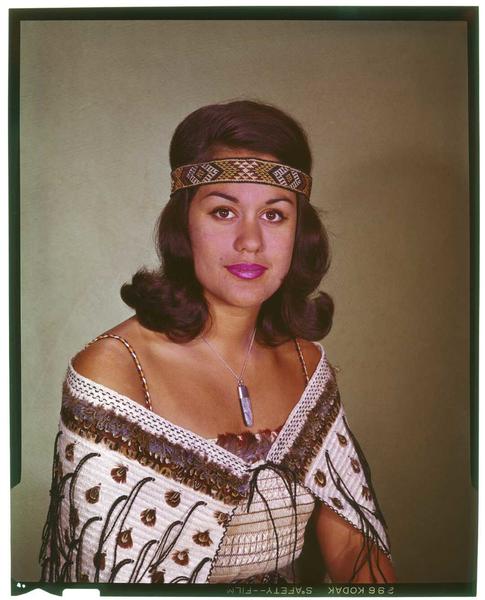 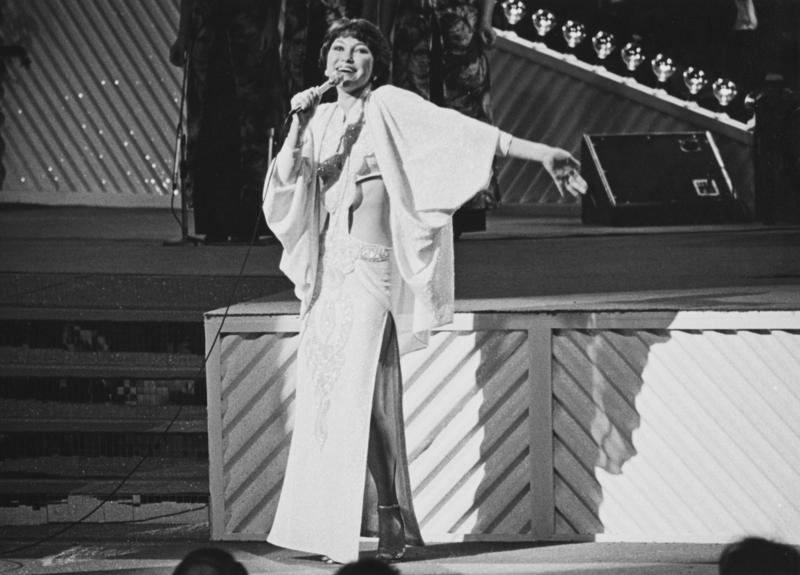 From Māori origin stories to te reo thrash metal - a new exhibition is canvassing Maori performance over the centuries.

Pūkana: moments in Māori performance at the National Library in Wellington includes traditional forms like karanga, wero, whaikōrero, waiata and haka - but also some surprises and contemporary reinterpretations.

There are many treasures from the Alexander Turnbull Library collection included in the exhibition, including an early carved wooden Māori puppet, and a poi owned by writer Katherine Mansfield.

One of the three curators of Pūkana, Paul Diamond showed Lynn Freeman around the exhibition...

The exhibition opens on September 16th at the National Library in Wellington. 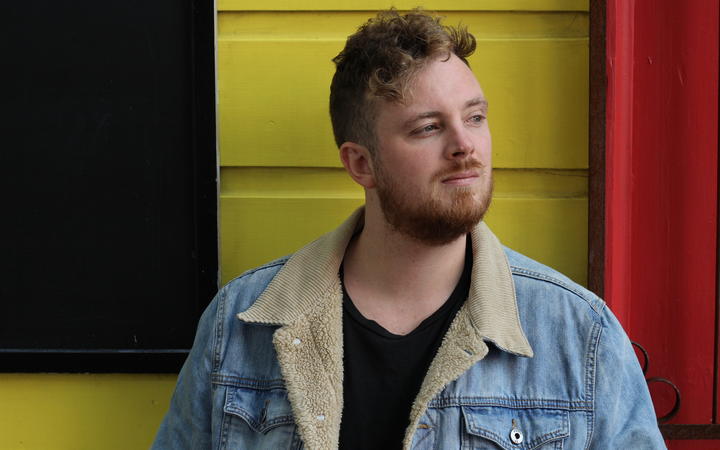 Somewhere in the grey area between rap and fringe theatre, theatre-sports and standup comedy is Slam Poetry.

Last year the winner in New Zealand was Wellington's Jordan Hamel and - this is very unusual - he's been picked up as a competitor at the World Individual Poetry Slam in San Diego, California at the end of this month.

How did he do it?  Has anyone done it before?  And what is Slam Poetry anyway?   Jordan Hamel is Simon Morris's guest on the Laugh Track. 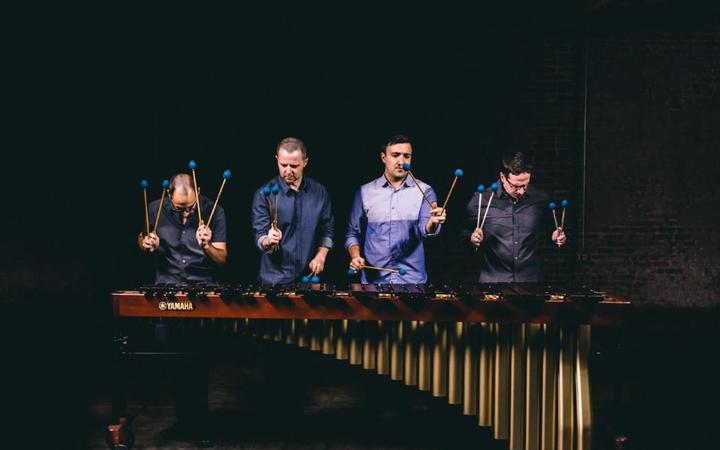 Percussion quartets are rare, and their list of instruments number in the hundreds, from marimbas to found scraps of metal and plastic.

The Grammy-nominated Los Angeles Percussion Quartet is heading to New Zealand to play here for the first time, and in another first they'll be performing a specially commissioned piece created for them and the Christchurch Symphony Orchestra.

A quarter of the quartet Justin DeHart moved to Christchurch for a Music Lecturer job at the University of Canterbury in  2017.

But the tyranny of distance hasn't broken up the quartet and they'll have a week to practice before taking to the stage.

James Gardner's written Gyre: Ghosts with Accents for the concert.

Lynn Freeman talks with Justin and James, first asking Justin just how many instruments the LAPQ musicians can play.

The Christchurch Symphony Orchestra and Los Angeles Percussion Quartet perform together on the 21st of September. 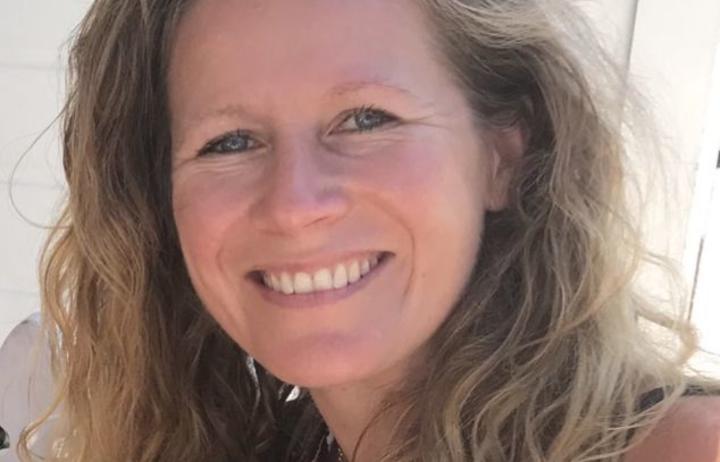 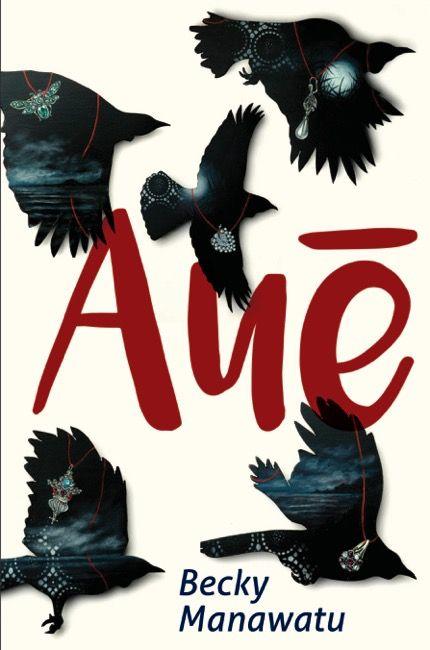 A contemporary story of loss, grief and domestic violence -  but also of hope -  is told in the first novel by Westport based Ngāi Tahu novellist and journalist, Becky Manawatu.

In Auē, we meet orphaned brothers teenager Taukiri and 8 year old Ārama. Taukiri is dropping off his baby brother to live with their Aunt and Uncle, leaving him free to head off.

But he knows Stu is violent and Kat is no match for her husband.

Ari finds comfort in the company of his headstrong cousin Beth, her dog - and boxes of plasters that he uses to ease the pain he feels.

Lynn Freeman talks with Becky Manawatu on the eve of discussing her novel Aue at the Nelson Arts Festival.  The book is published by Makaro Press.

2:49 Hinemoana Baker is inspired by her years in Berlin 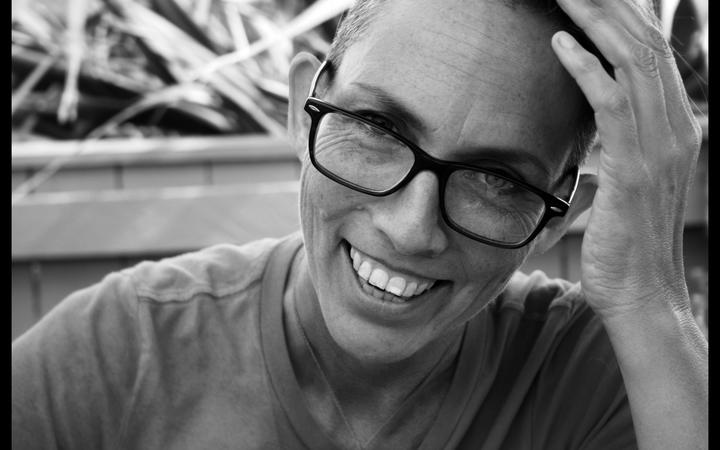 A year long residency in Berlin in 2015 has turned into a much longer stay for poet, singer-songwriter and editor Hinemoana Baker.

The German capital has been a mecca for New Zealand artists for a long time, with its reputation as a city that welcomes and supports creative people.

Hinemoana's back home at the moment, helping to get a film project that's dear to her, off the ground.

She's one of more than 30 Kiwi people, many of them creatives, who shared their stories about experiencing anxiety in a book called Headlands.

There's a hui this weekend in Auckland with writers and filmmakers wanting to create a film anthology from 19 of the Headland essays.

Hinemoana is one of them.  Lynn Freeman asked her why she went public about the anxiety that's plagued her for most of her life.

Hinemoana Baker is part of a public panel discussion tomorrow at the University of Auckland.

Germany's invasion of Poland in September 1939, marked the start of World War II in Europe.

It's claimed that the excuse for the invasion - a so-called  "Polish attack" the day before - was in reality staged by Germany. 80-years on, our Drama this afternoon is a very black comedy about it.

It's Accountability by Roger O Thornhill who observed when he wrote it that the only thing more farcical than the play is the fact that it was based mostly on things that really happened.

Some people might find it difficult to accept that the start of this war can be made the subject of humour - albeit black comedy.   And we should warn you that some strong language is used as part of the shock of the production.  So, on either count, the play could be upsetting listening and we advise you to use your discretion.

But if you chose to continue with us - send your mind back to 1939 for Accountability  by Roger O Thornhill, starring Barry Empson as Lord Haw Haw. 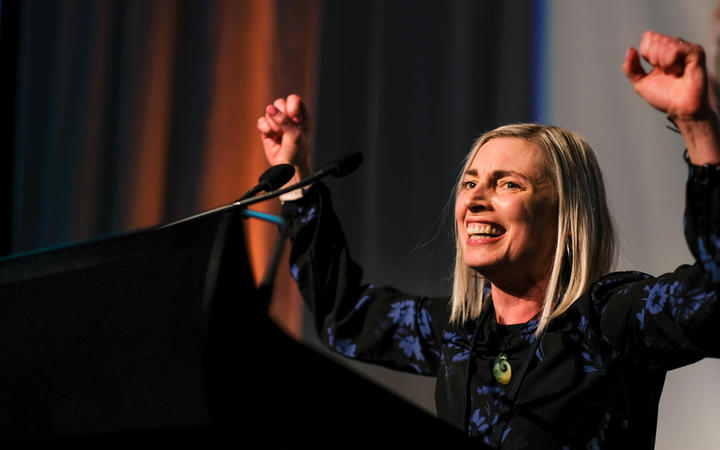 Setting up a theatre company made up of prisoners and ex prisoners so they can help at-risk communities, is the ultimate goal of Ruth Ratcliffe, who's one of this year's Te Putanga Toi Arts Access Award Winners.

Ruth's run drama classes at the Otago Corrections Facility for five years, including a production performed at the prison in Milton that went on to win a Dunedin Fringe Award last year.

She's received the Corrections Māui Tikitiki a Taranga Award for her Forum Theatre programme that judges say inspires positive change in the prisoner participants and builds bridges with the wider community.

In Forum theatre a situation is portrayed by actors, then the audience can ask the characters questions about the choices they made, and finally the actors replay the scene again encouraging audience feedback.

Before moving to New Zealand Ruth was an actress in the UK appearing in shows including The Bill and Prime Suspect.  But her work with prisoners she sees as her biggest achievement.

Lynn Freeman spoke with Ruth, who was fighting off laryngitis at the time!.