Standing Room Only for Sunday 8 September 2019

On Standing Room Only, achieving women...  champion of children's literature Crissi Blair picks up the Storylines Betty Gilderdale Award, while singer Amba Holly is once again nominated for Best Female Solo Artist at the Waiata Māori Music Awards.  But some women's achievements may be overlooked - like those of our women art criminals. Penelope Jackson's new book is called Females in the Frame.

The Silver Sisters - Whetu and Komako - talk about collaboration in their theatre works, while poet Anne Kennedy is inspired by another family member, her late brother Phillip.

A new book pays tribute to that unique New Zealand adornment, the hei tiki, and Dunedin hosts a festival devoted entirely to the short, short play - 20 minutes and under.

All this plus the Laugh Track, the 3 o'clock drama, At The Movies, and today's music theme, devoted to the music of July 1969, the month of the Moon Landing. 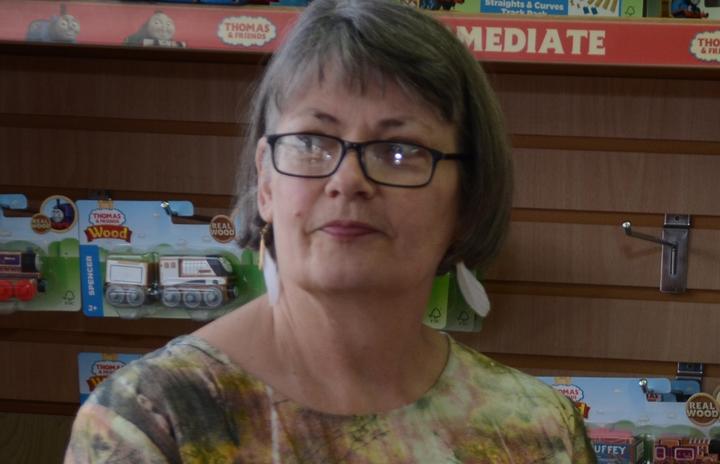 Crissi is an authority on children's books, writing for several publications including the School Journal and the Australian review magazine Magpies, for which she's now the New Zealand coordinator

For almost ten years she published the New Zealand Children's Books in Print and has been judge and convener for the Children and Young Adults Book Awards.   All this while holding down her day job as a librarian at Rangeview Intermediate School in Auckland.

Lynn Freeman first asked Crissi how she sees the role of book reviewer: 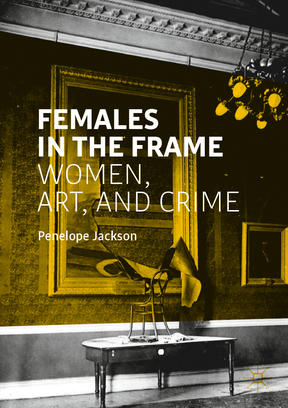 Art crimes are headline-grabbing news but how often do you hear about the exploits of women art thieves, vandals or forgers?

Is the reason for the answer "never" or "hardly ever"  because they're just so good they get away with their crimes?

That dismissive suggestion by a male art writer so incensed Penelope Jackson that she went in search of women art criminals.

Her latest book's called Females in the Frame.  She tells Lynn Freeman why she thinks it's taken so long for their stories to be told.

Penelope Jackson who'll be speaking about her new book Females in the Frame at the upcoming ArtCrime 2019 symposium in Wellington in October.

1:31  The enduring treasure of Hei Tiki 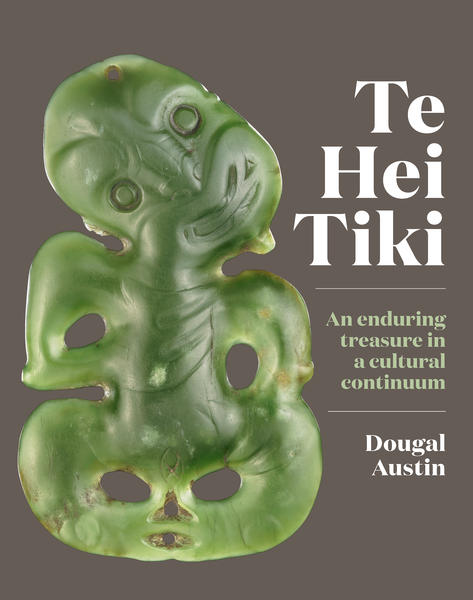 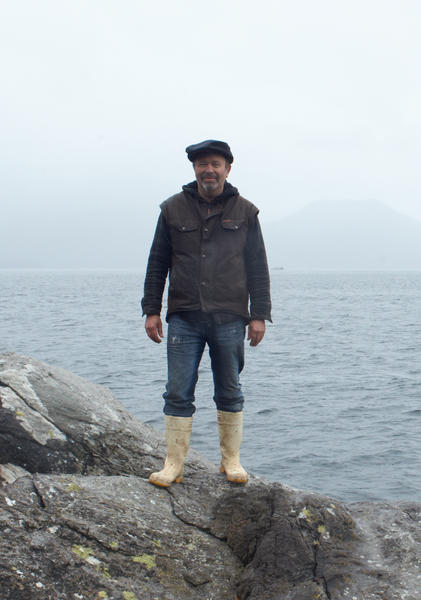 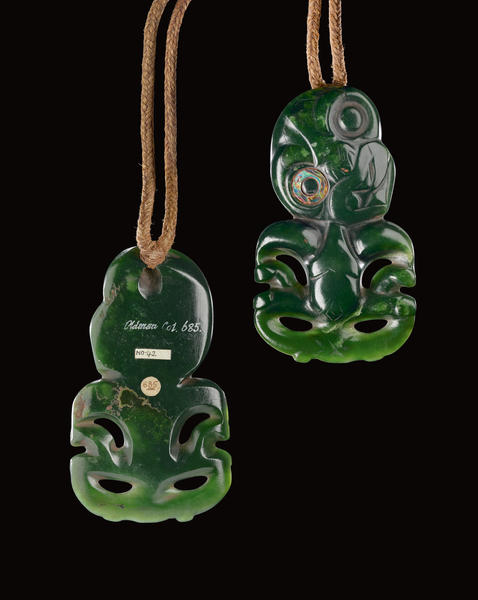 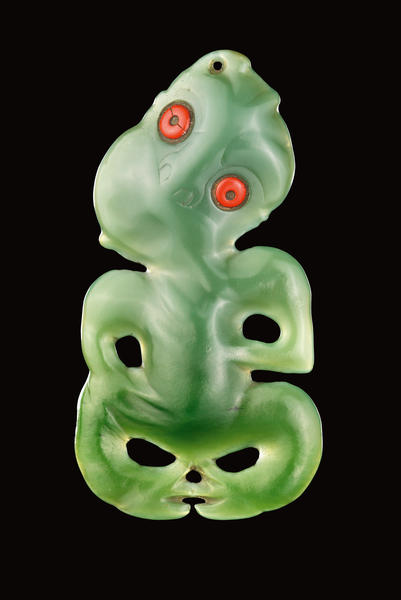 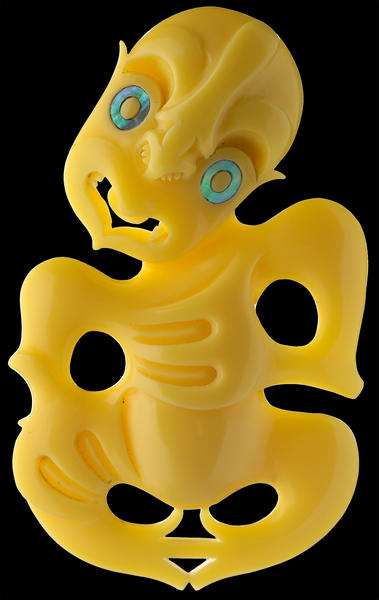 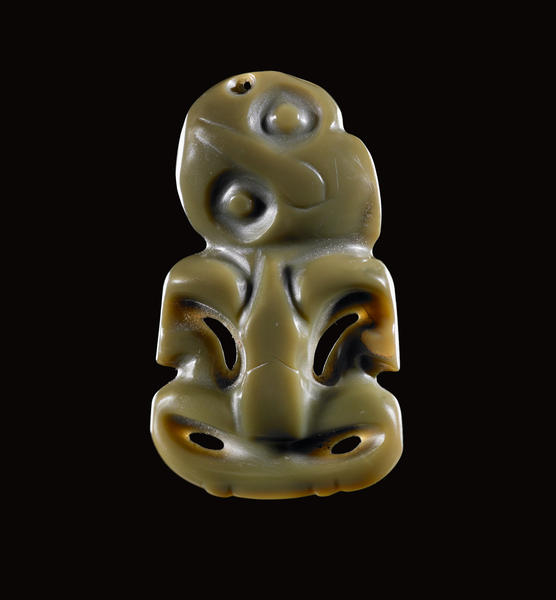 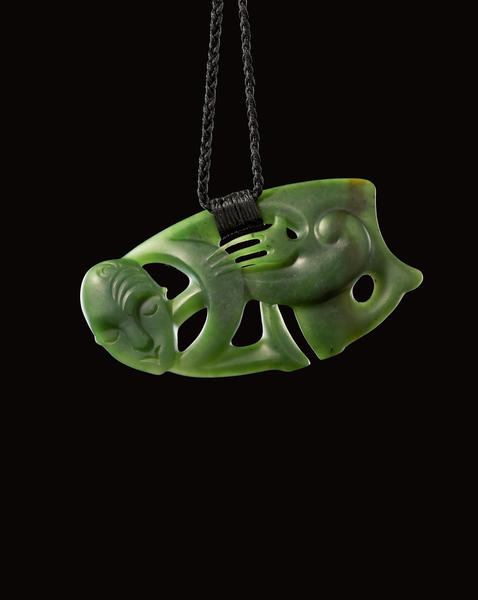 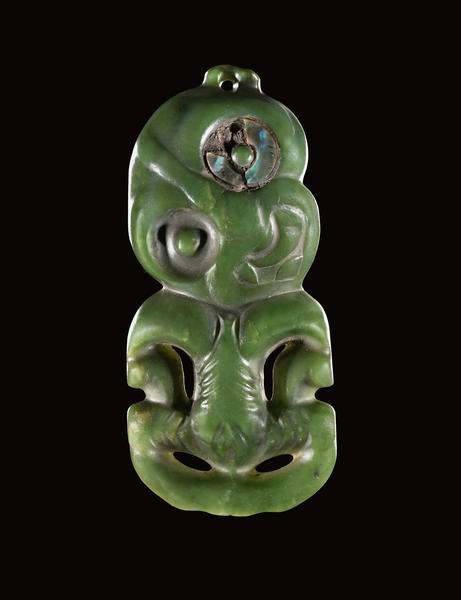 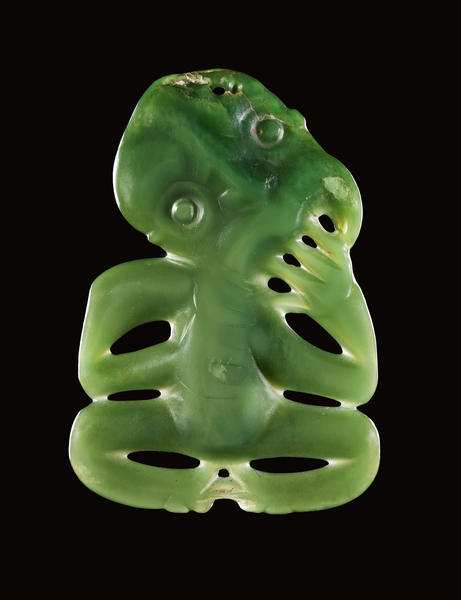 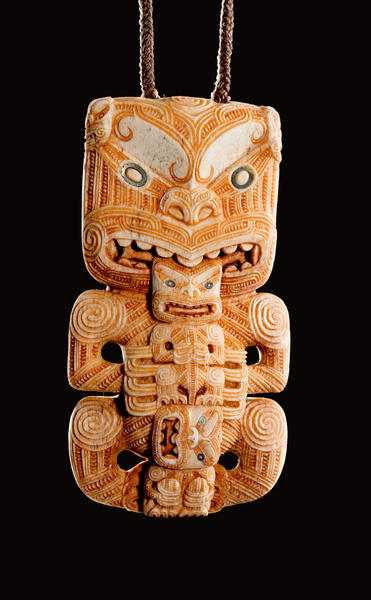 It's been sixty years since a comprehensive book about hei tiki was last written, and so much has been learned about these most precious of Maori adornments during that time.

Dougal Austin from Te Papa took on the challenge to write about what he describes as an enduring treasure, and being at the museum gave him access to the largest collection of them in the country.

Te Hei Tiki ranges from the earliest known examples of the carved stylized human figures to modern interpretations of them in non-traditional materials.

1:48 The Silver Sisters:  playwriting is a family business 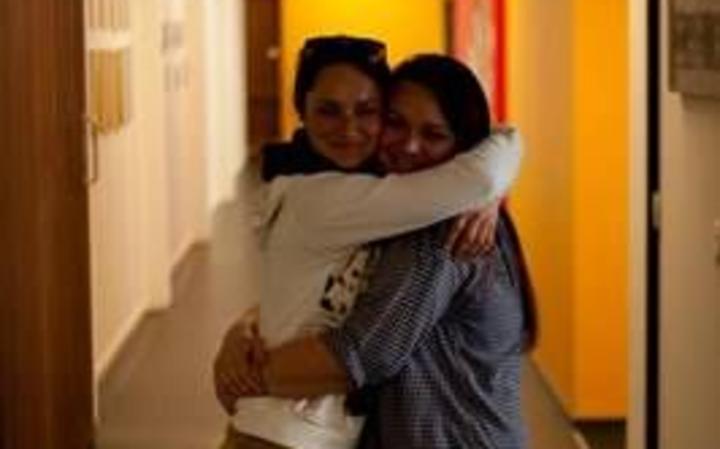 Sisters Whetu and Komako Silver have collaborated on several theatre projects, and the latest is about to be shared with an audience for the first time at the annual Kōanga Festival.

Their first play Hine examined the sacredness of women.  Their new one introduces us to their seven much loved and very different uncles.

Komako Silver is the younger sister who's produced several award winning films, while Whetu is also a theatre director.

They took time out from rehearsals to talk to Lynn Freeman about their personal and professional relationship - starting with big sister Whetu.

The script for My Seven Uncles is being presented at the Whakarongomai Playwrights Readings at the Corbans Estate in Auckland on Friday 13th and Saturday 14th of September. 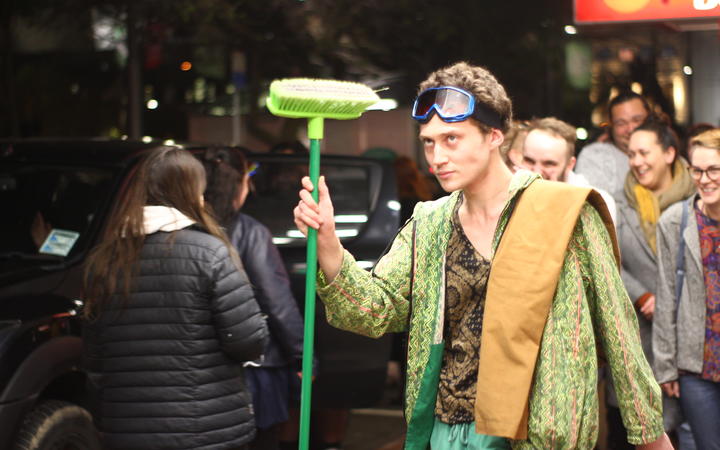 Right now Christchurch is host to what's billed as the "World's Southernmost Festival of Comedy".  The Go-Media Comedy Carnival is necessarily a bit lighter on its feet than its northern rivals.  There seem to be more LGBTQ, non-binary acts than elsewhere, and also a lot more versatility.

In the case of today's Laugh Track guest, "versatility" is putting it mildly.  George Fenn travels with five separate, different shows, including Router Sidewalk - a magical, improvised tour of whatever city George happens to be in. 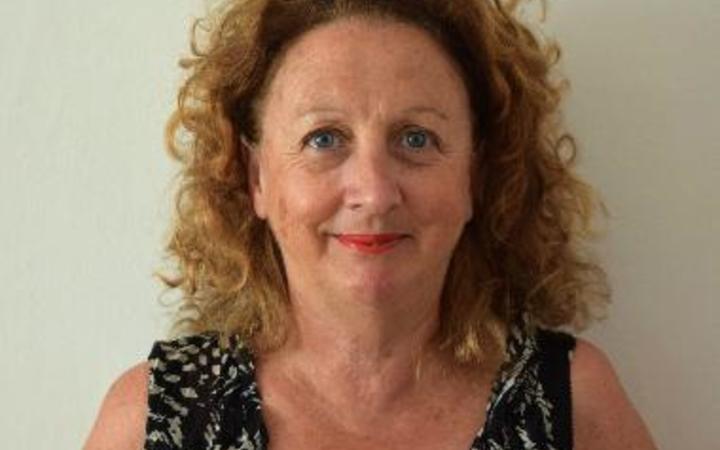 28 Plays from around the world are about to be performed in Dunedin, over just three days.

There's a Jacobean farce, there's a comic murder mystery, but the marathon also includes plays that cover tough issues like self harm and rising sea levels.

The international writers are all telling their stories in just 20 minutes, as part of the UNESCO Cities of Literature Short Play Festival.

One of the dramaturgs who'll be giving feedback on the plays is British playwright Dr Fiona Graham.  Fiona is the Director of the M.A. in Dramaturgy and Writing for Performance at Goldsmiths College at the University in London.

New Zealand is familiar territory for Fiona who worked here for a decade earlier in her career.  She talks to Lynn Freeman, on an uncooperative phone line, about the appeal of a really short play... 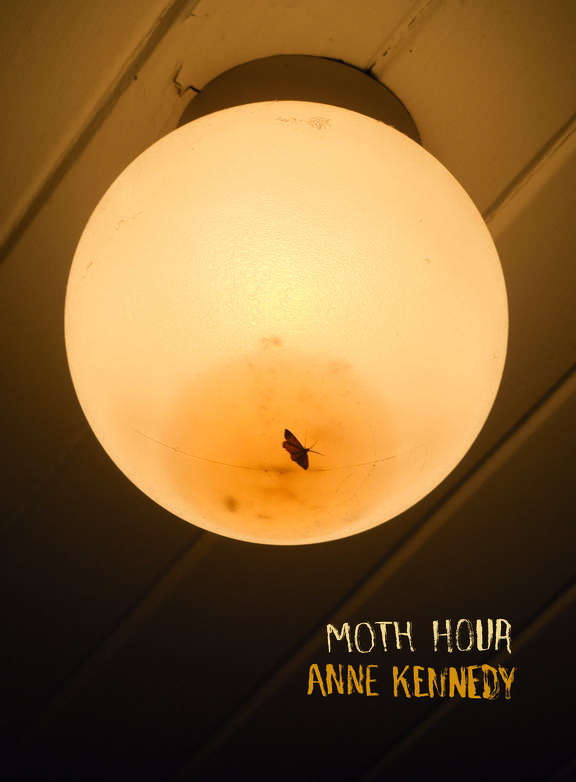 The memories and emotions surrounding the accidental death of her big brother Phillip in 1973, have been poured into a new poetry collection by Anne Kennedy.

It's not a eulogy or a lament but a series of poems, many riffing on a poem he'd written before his death and that was found in his papers.

Moth Hour starts with Phillip's, the young man who shared his little sister's love of language and writing.

Anne and Lynn Freeman start their conversation about this deeply personal poetry collection with her brother's poem followed by one of her own. 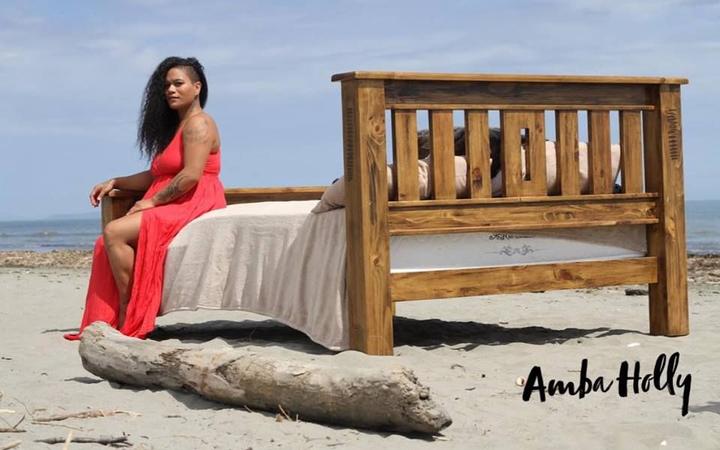 Now in its 12th year, the  Awards celebrate excellence in Māori music and aim to encourage traditional and contemporary Māori musical composition.

Amber's Waikato Tainui and grew up singing on the marae before deciding to make a career from her music.  She talks to Lynn Freeman about her life and music.

Music 101 has recorded Amba and her band here at RNZ and it'll be on the RNZ Music Facebook page by Wednesday. The 2019 Waiata Māori Music Awards will be announced on Friday at Club Hastings.

The concluding part of Roger Hall's play about a suburban book club.  It stars the late Ray Henwood who died last week.  Today the Cabin Fever Club meets for the final time in their Auckland North Shore cafe.

Artist: Desmond Dekker and the Aces
Song: It mek
Composer: Dekker-Kong
Album: 007 The Best Of
Label: Trojan
Played at: 2.04