Standing Room Only for Sunday 29 October 2017 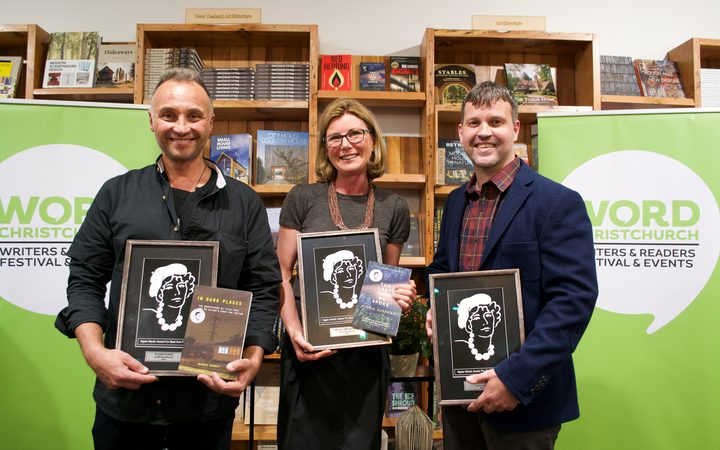 The mystery's over.....and today we can introduce you to the country's three top crime writers for 2017. The Dame Ngaio Marsh Crime Writing Awards were handed out last night in Christchurch.   Lynn Freeman speaks speak to the winners, including awards for Best Crime Novel, Best First Novel, and Best Non Fiction.

12.32  Topaz Adizes says the future of documentaries is interactive 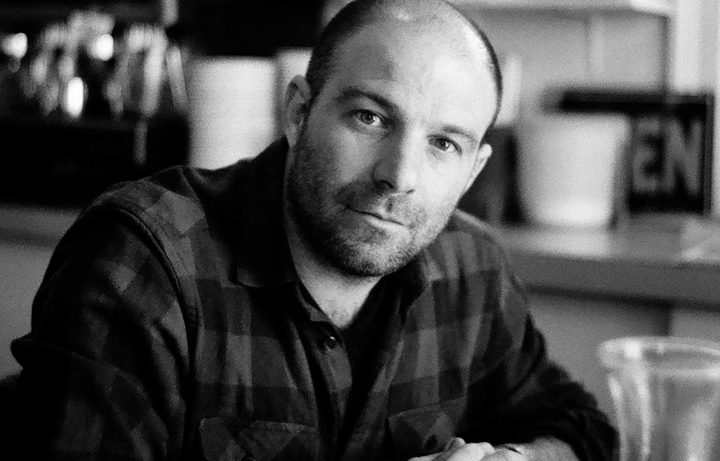 Right now there's all sorts of discussion about communication, business and personal relationships in the Digital Age.  Is everything going to be on-line from now on, or will there still be room for some old-fashioned one-on-one face-time?  One person to ask is director and entrepreneur Topaz Adizes, recently named as one of the newest Edmund Hillary Fellows for entrepreneurs.

Topaz's interactive documentary The And, made through his company The Skin Deep, won an Emmy in the New Approaches Documentaries category. New Zealand is on his list of countries to add to the project - a proposed "Wikipedia of Human Relationships".

Topaz explains to Lynn Freeman how he moved away from traditional film making into the interactive documentary world. 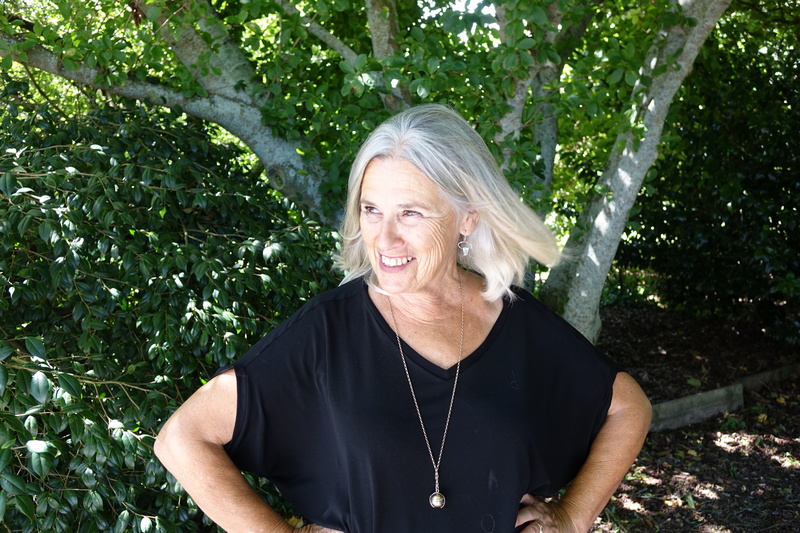 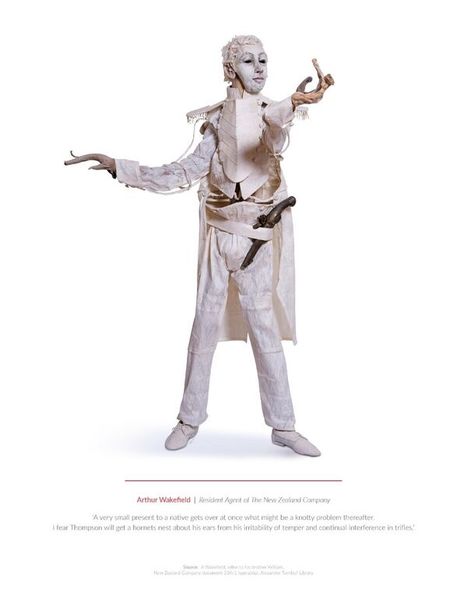 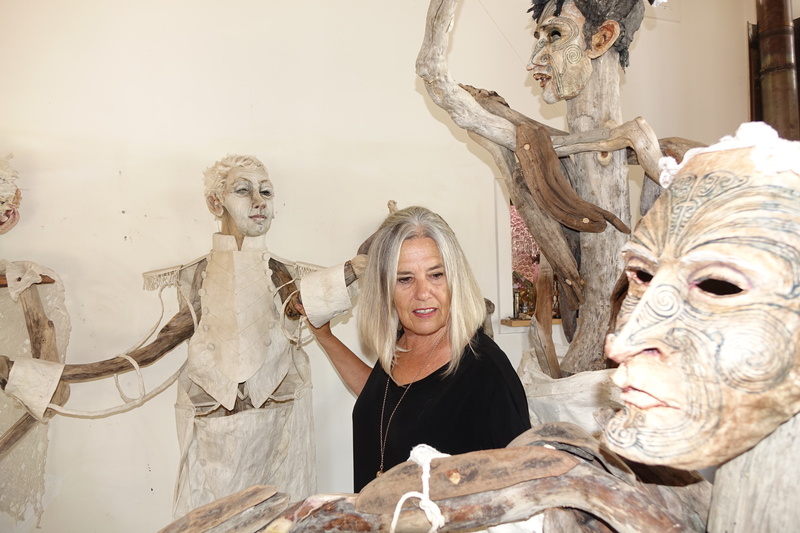 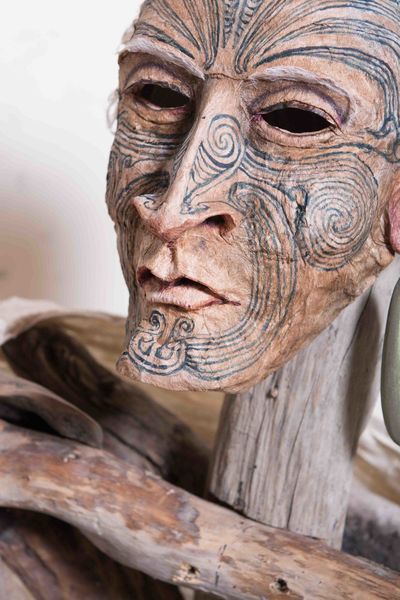 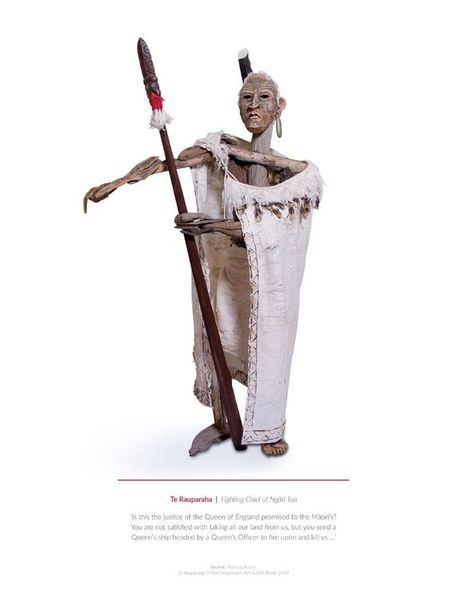 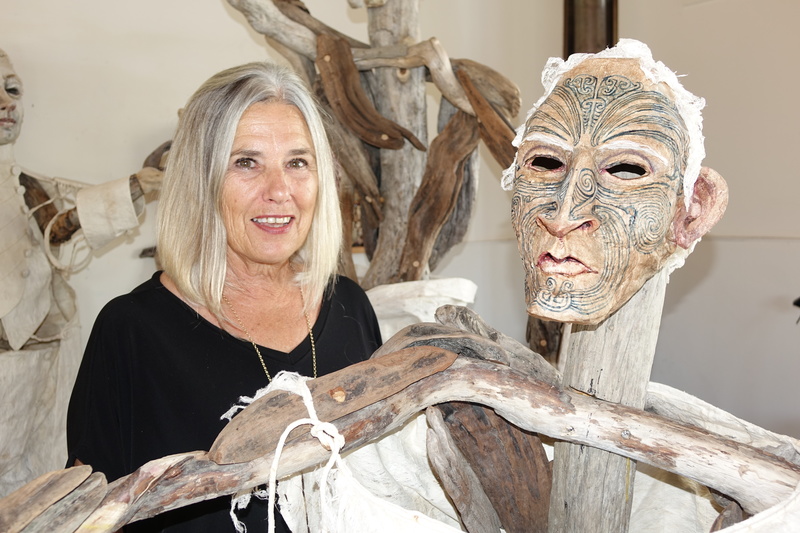 Sally and the making of Te Rauparaha (photo Tracy Neal) 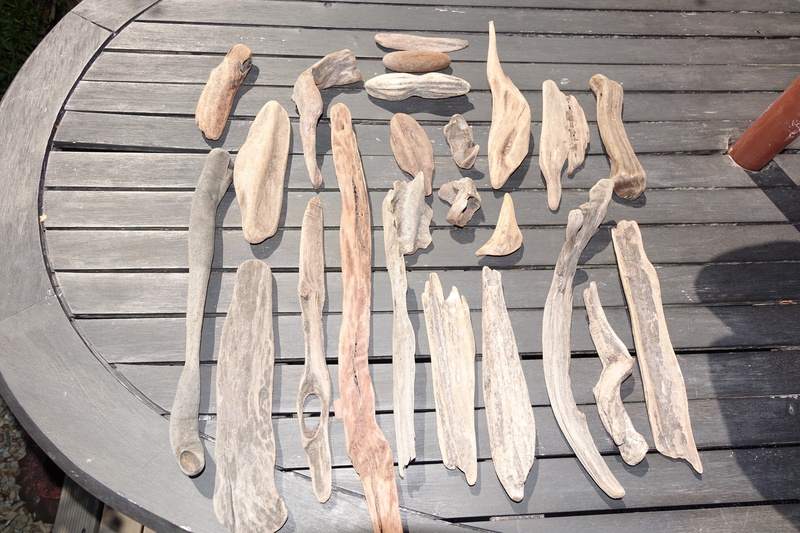 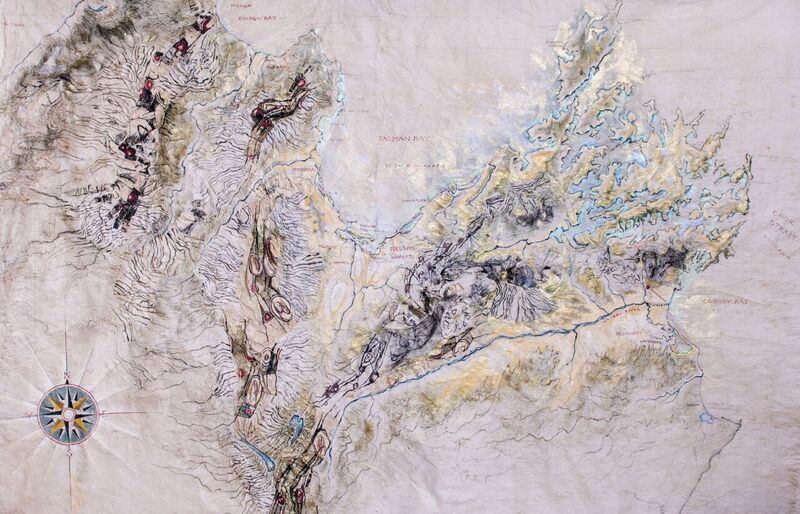 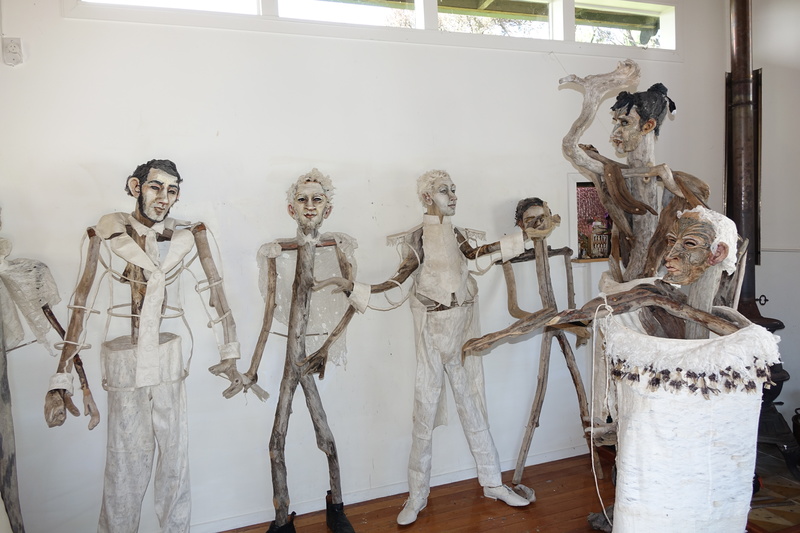 In 1843 - just three years after the signing of the Treaty of Waitangi - 26 people died in The Wairau Incident near Nelson. It was first major confrontation between Maori and Pakeha settlers following the signing.

Now, 174 years on, Nelson artist Sally Burton has re-created the moment when a shot was fired, killing a member of Te Rauparaha's family, which in turn led to the death of another 25 people. She's made the figures of the key players out of found wood and draped them in tapa cloth, calling the work Pale History.  It opens at the Suter Art Gallery in Nelson on the 4th of November.

Sally tells Lynn Freeman she started working on this exhibition almost three years ago - inspired by a name on a road-sign: 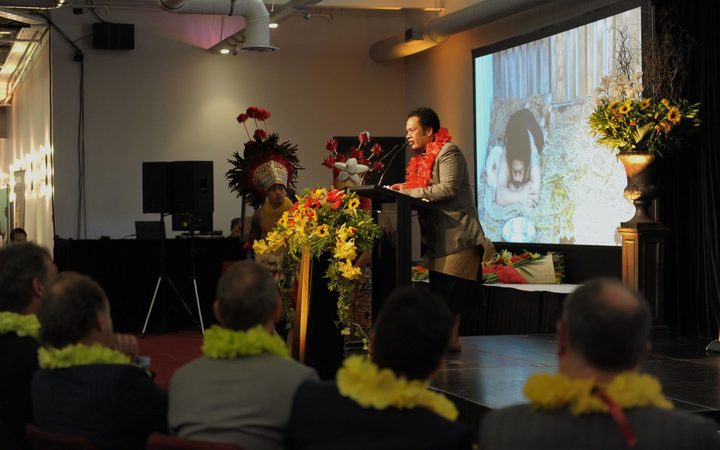 For his art, he's lived rough on the streets of Auckland, lived as a pig in a crate, and conducted the waves of the Pacific Ocean. Now Kalisolaite Uhila has been awarded the Creative New Zealand Contemporary Pacific Artist Award for 2017.

So what's next for the Tongan/Kiwi artist who's out to provoke his audiences and get people talking about big issues like homelessness and the Tongan diaspora? Kalisoaite returned from Canada to pick up his award and the 7-and-a-half-thousand dollars that goes with it. He tells Lynn Freeman he was invited there to show a specific work:

1:42  An old-school documentary is one of the year's most winning stories 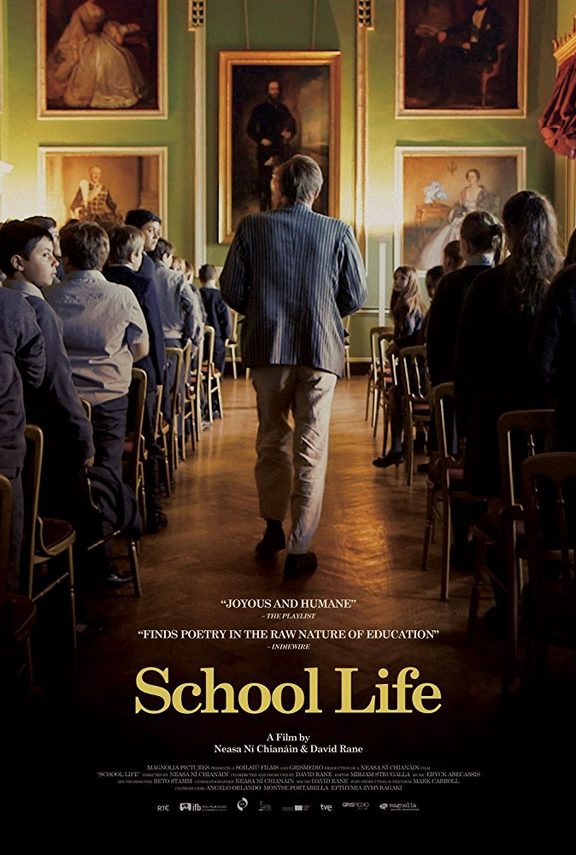 The success of the Harry Potter books and films is certainly partly due to the magical stuff - witches and wizards, spells and potions.  But it's also undoubtedly a tribute to the old-fashioned English school story.

That's certainly why a Irish documentary called School Life has cast a spell on anyone who's watched it.  If Hogwarts were an Irish boarding school, Headfort would be it.  Simon Morris talks to the two directors Neasa Ni Chianain and David Rane.  For the trailer, click here. 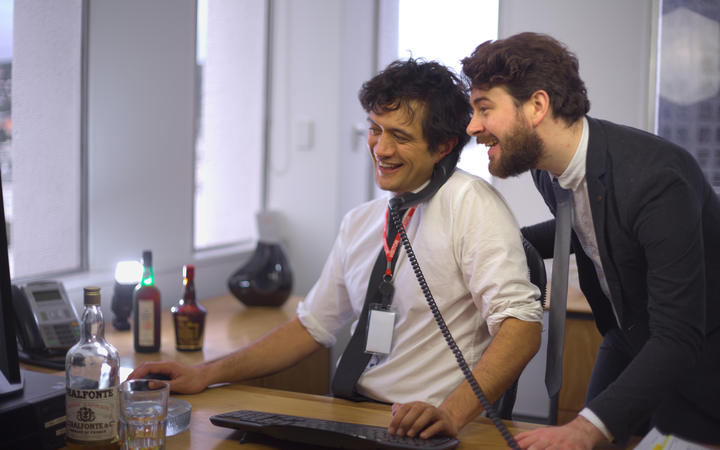 One good thing about living in the Twenty-first Century is that finally New Zealand is getting to grips with our colonial past - even if it's sometimes an uncomfortable journey. That's the premise behind a new dark comedy about to to be staged at Wellington's Bats Theatre.  It's called Weirdo - in which Waylon and William wage a war on the past, armed only with guitars.  For a preview, click here.   William and Waylon's picks include Simon Amstell, Kristen Wiig and Kate McKinnon, Dave Chappelle and Demetri Martin.

2:25  Glenn Schaeffer is finally parted from his New Zealand art 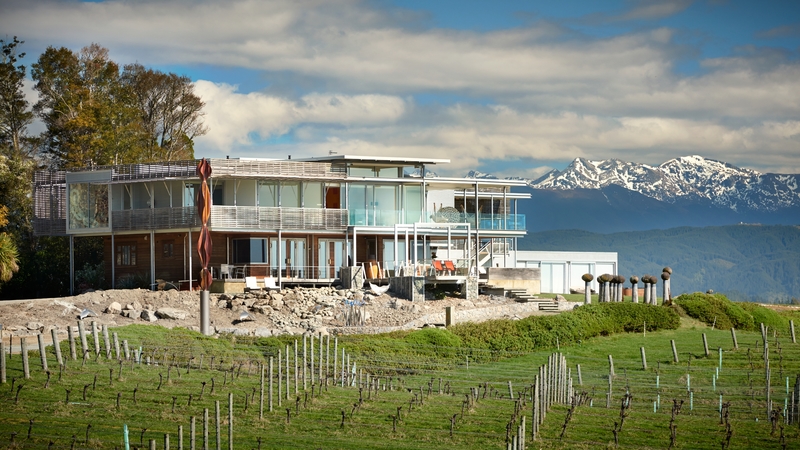 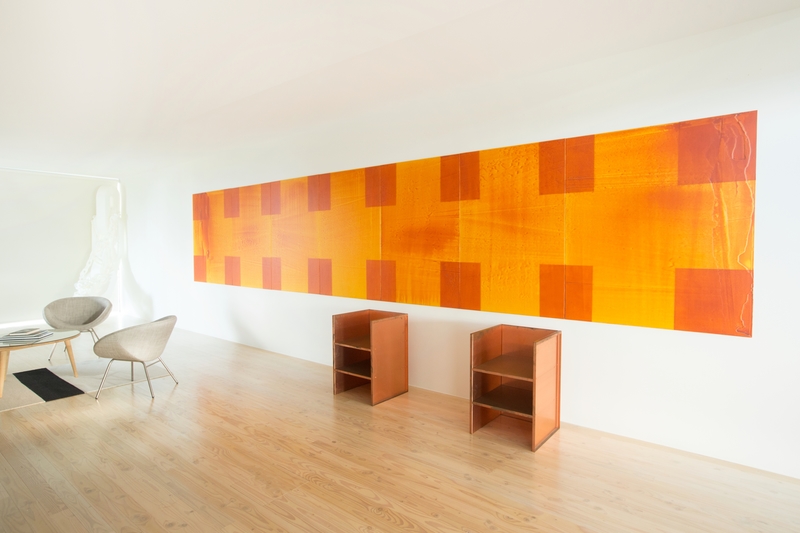 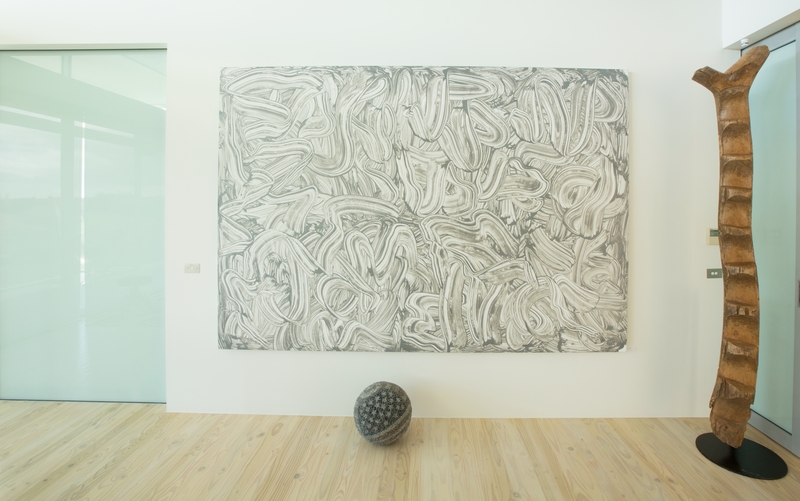 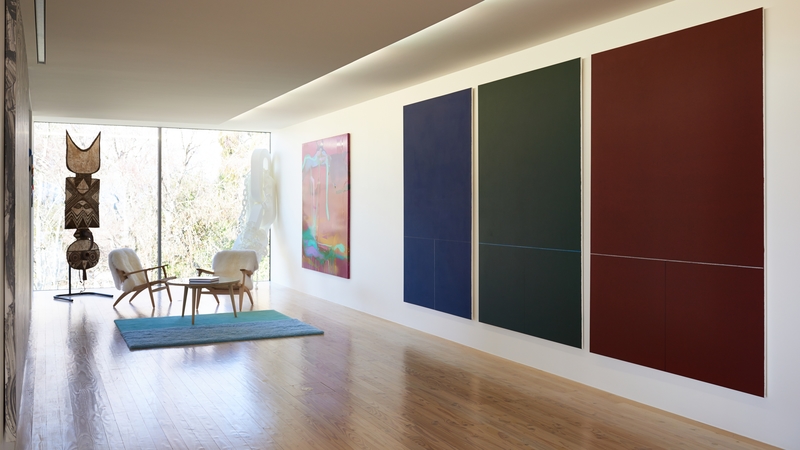 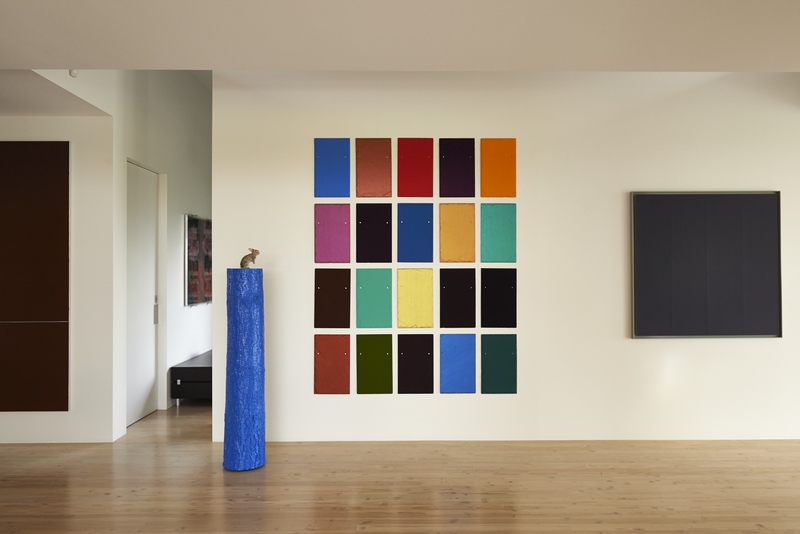 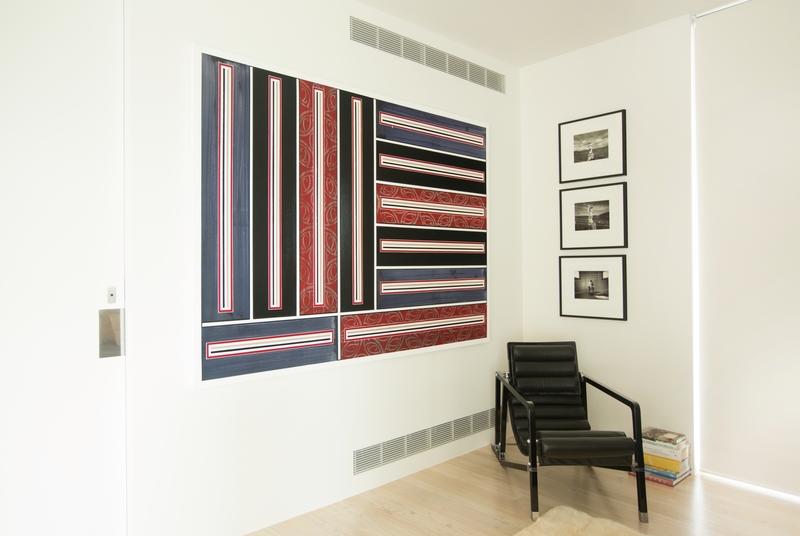 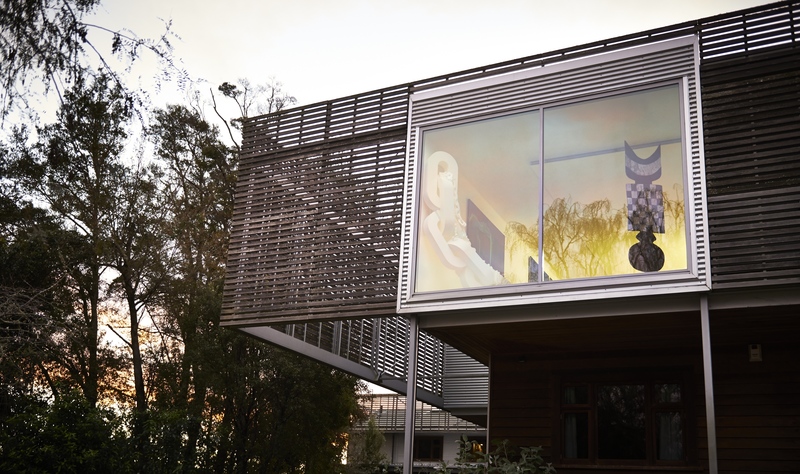 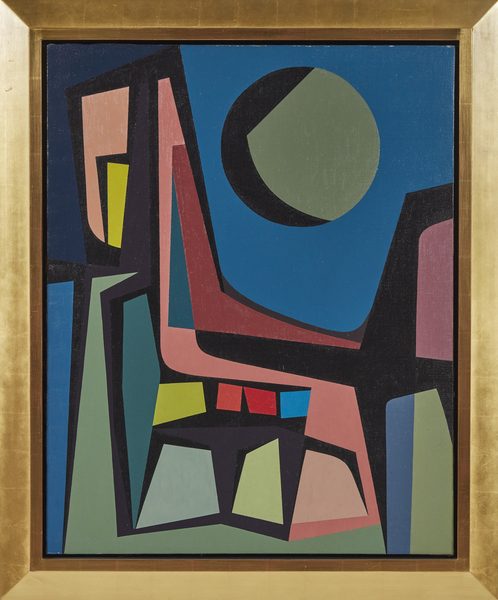 One of the highest profile art collections in the country is up for auction. Glenn Schaeffer's an American art collector, philanthropist, writer and hotelier who's had a long love affair with New Zealand. Even so, he's parting with works by Kiwi artists including Milan Mrkusich, Julian Dashper, Judy Millar, Darryn George, Ani O'Neill and
Lawrence Aberhart.

He's also selling work by international painters, sculptors and photographers.  As he tells Lynn Freeman on the line from Asia, while he's holding onto his art collection in the United States, it's time to take stock of the work he's amassed over here. 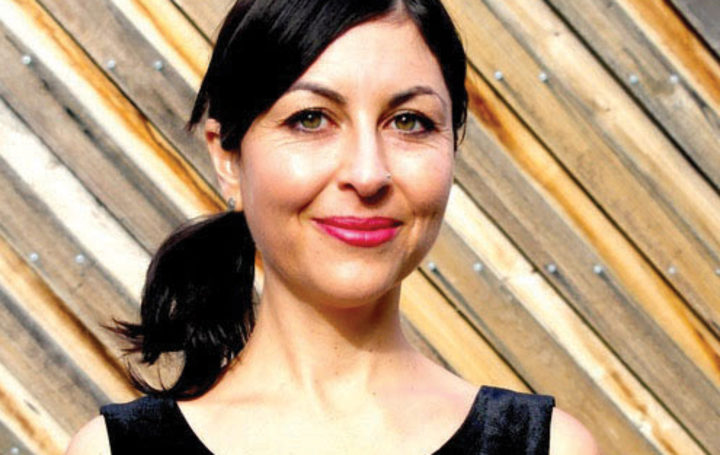 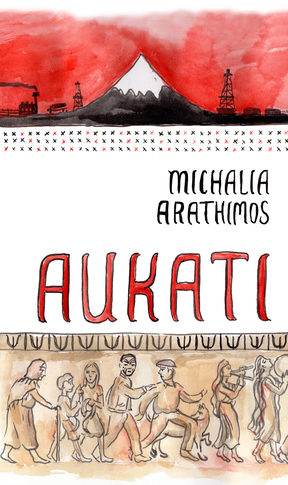 A young Maori activist trying to reconnect with his family and culture, and a law student who feels stifled by her Greek family, meet in Michalia Arathimos' novel Aukati. Isaiah and Alexia meet after they volunteer to fight the fracking that's devastating the local iwi's land and water.

Michalia - a Greek-Kiwi now living in Australia - is a past winner of the Sunday Star-Times Short Story Awards and is currently the fiction reviewer for the Melbourne magazine Overland. She talks to Lynn Freeman about Aukati, her first novel. It's published by Makaro Press.

2:49 My heels are killing me - ethical fashion 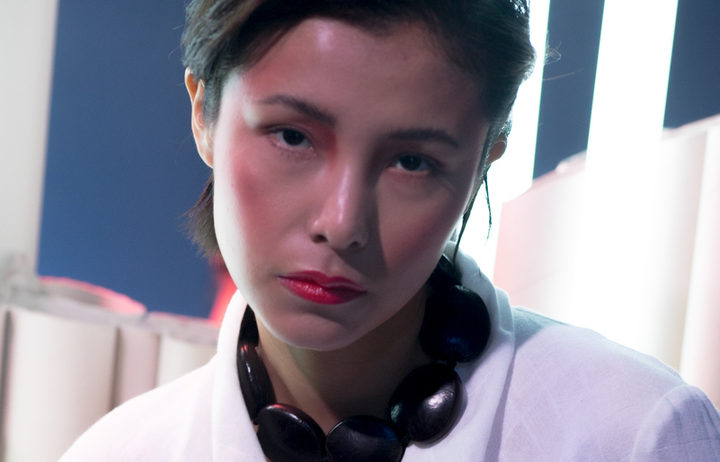 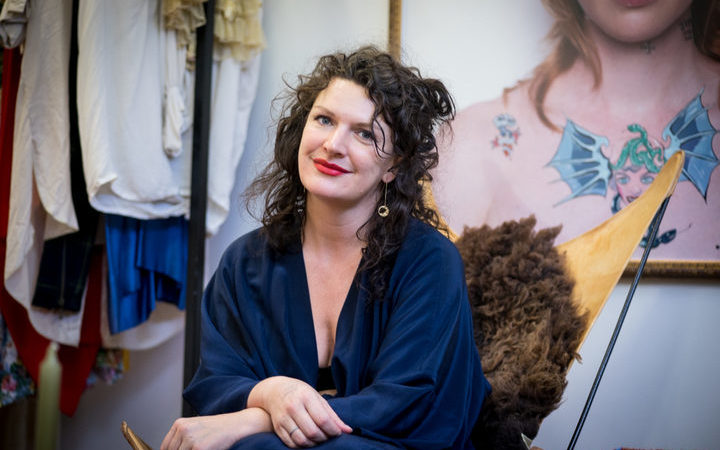 Today there are a multitude of pressures placed on designers in the fashion industry as consumers increasingly demand transparency in the manufacturing process. But there are many ways to approach ethical and sustainable production as Sonia Sly finds out when she speaks to designers, Rachel Mills and Miss Crabb founder Kristine Crabb.

3:06 Drama at 3 - Episode 6 of LifeAfter and The Moon At The End Of The Century by Bill Manhire

Artist: Jewel
Song: Who will save your soul
Composer: Jewel
Album:  Pieces of you
Label: Atlantic
Played at:  12.12