Standing Room Only for Sunday 24 September 2017 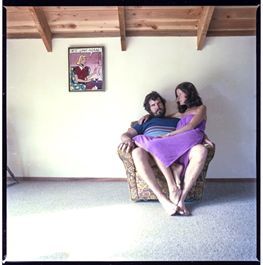 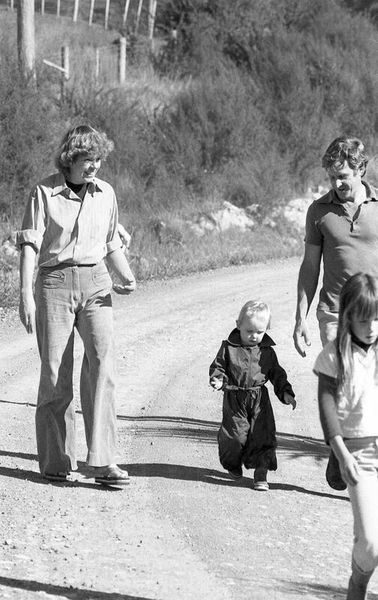 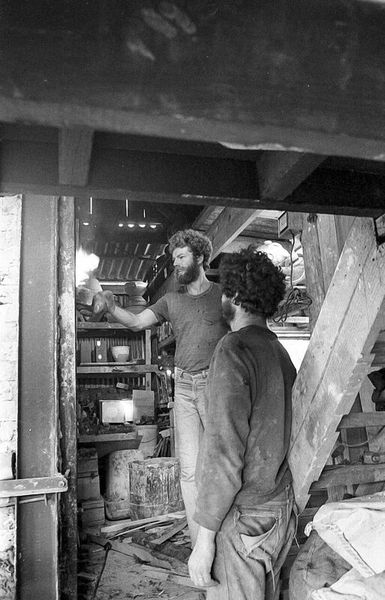 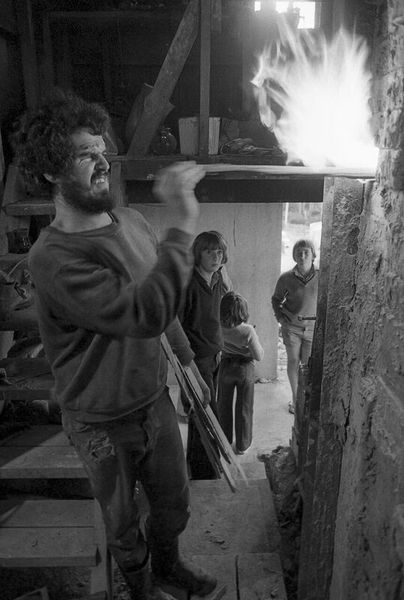 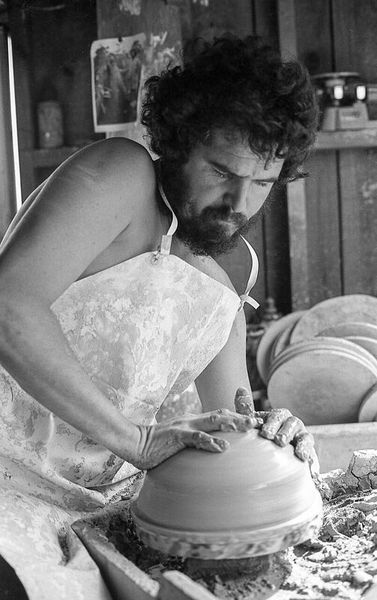 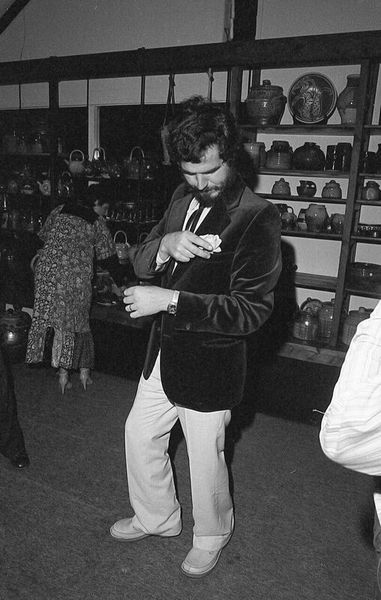 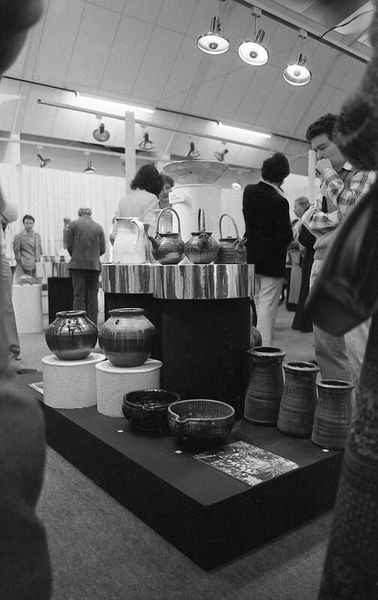 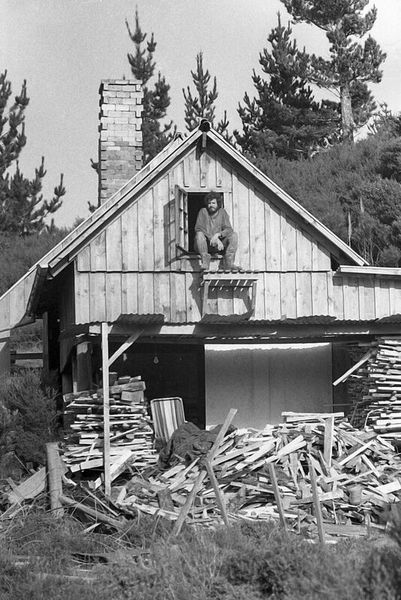 Ian Smail sitting in the mezzanine of the studio and kiln. Photo Geoff Ambler 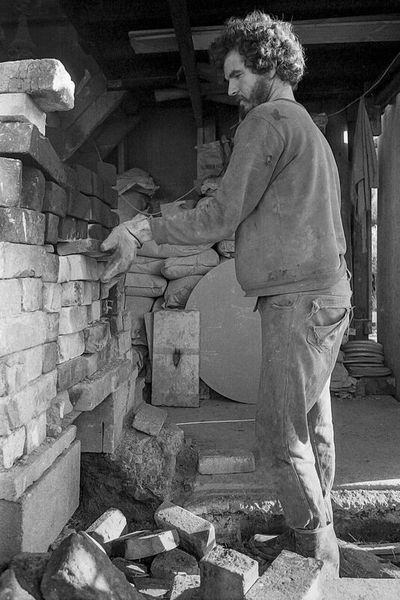 Ian Smail bricking up the Dutch oven firebox after stacking the first chamber of the kiln. Photo Geoff Ambler 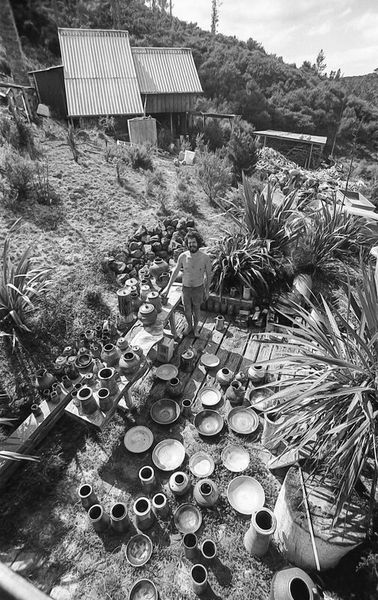 Ian Smail and pots for his exhibition at Albany Village Pottery studio and kiln in the background. Photo Geoff Ambler 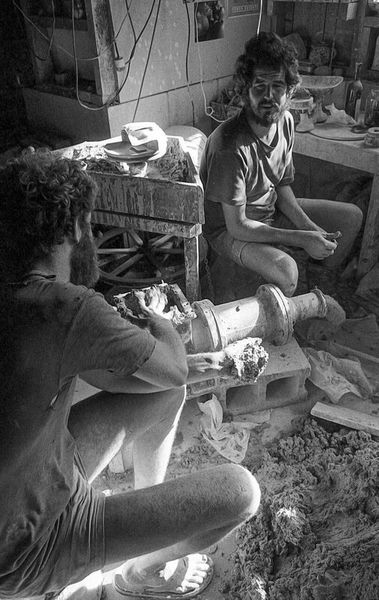 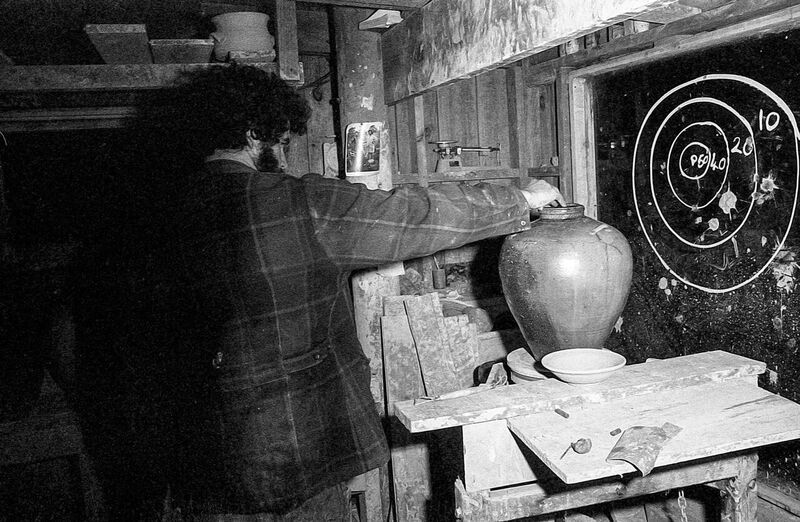 Ian Smail looking at one of his salt-glazed pots in the studio. Photo Geoff Ambler

At a North Shore property in the 1970s and 80s, some of this country's top potters honed their skills using home made kilns powered by a wing,a prayer - and occasionally a vacuum cleaner.

Ian and Sheryl Smail's Nodsdale property was home to three kilns used by potters including Len Castle, Denis O'Connor, Chester Nealie and Warren Tippet.  Now an exhibition at Auckland's Objectspace gallery is about to celebrate those years and reunite the Smails and the potters who owe them a huge debt of gratitude.

Lynn Freeman talks to Ian Smail who's now living in Mangapai in Northland, to ceramicist Peter Lange and to the exhibition's curator, Damian Skinner, who explains why potteries like Nodsdale were so important.

The Company of Potters: Ian Smail and the Nodsdale Kilns, 1973-1984 opens at Objectspace in Auckland on Friday. Damian Skinner, Peter Lange and Ian Smail are part of a conversation at the gallery on Saturday afternoon.

12:50 A century of Wellington's Paramount cinema 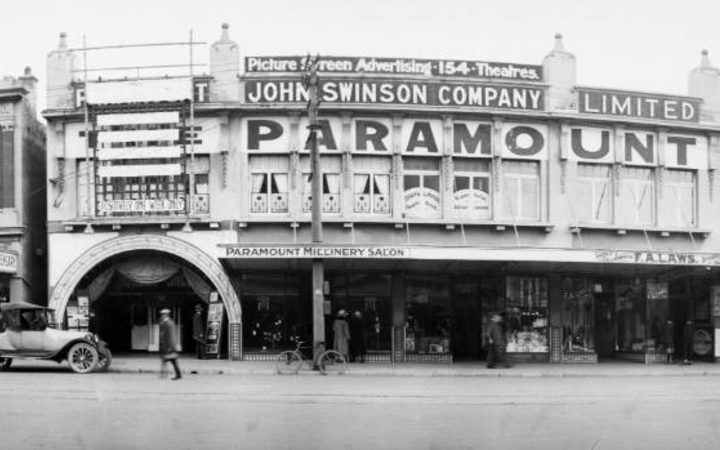 This week sees the end of an era. After almost exactly 100 years, Wellington's Paramount Cinema is finally closing its doors tomorrow. It opened as a picture palace in 1917, but more recently, it's best known for its starring role over the years during Wellington's International Film Festival.  It's also been a home to many other organisations - from the serious Wellington Film Society to the funky 48 Hour Film Challenge.

Lynn Freeman looks back on an eventful 100 years, and talks to the Paramount's last manager Steve Ferguson, and to the Wellington Film Society's Caroline Garrett. 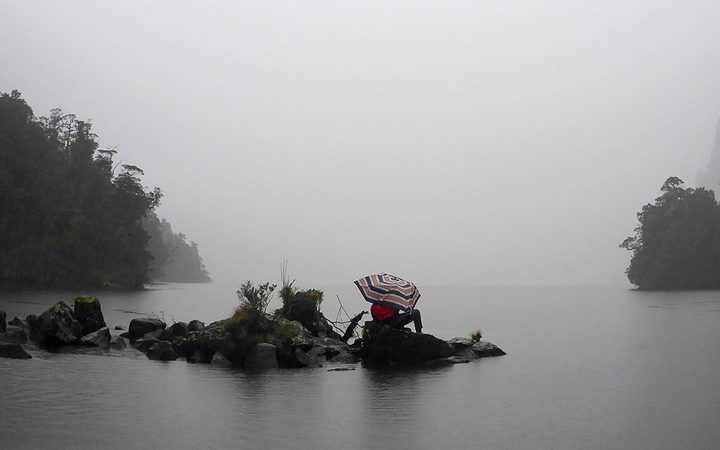 Artist Alex Monteith is behind a push to catalogue hundreds of boxes of material excavated from Fiordland back in the late 1960s and early 70s.The material, mainly from maori sites, has been stored at Southland Museum and Art Gallery and Otago Museum, but until Alex got involved, little of it had been examined.

Now she's working with archeologists and historians and other artists to catalogue artifacts in another 25 of the boxes, as part of an exhibition called Coastal Flows / Coastal Incursions, currently showing at St Paul Street Gallery in Auckland.  Lynn Freeman asks Alex Monteith to describe some of these hidden treasures. 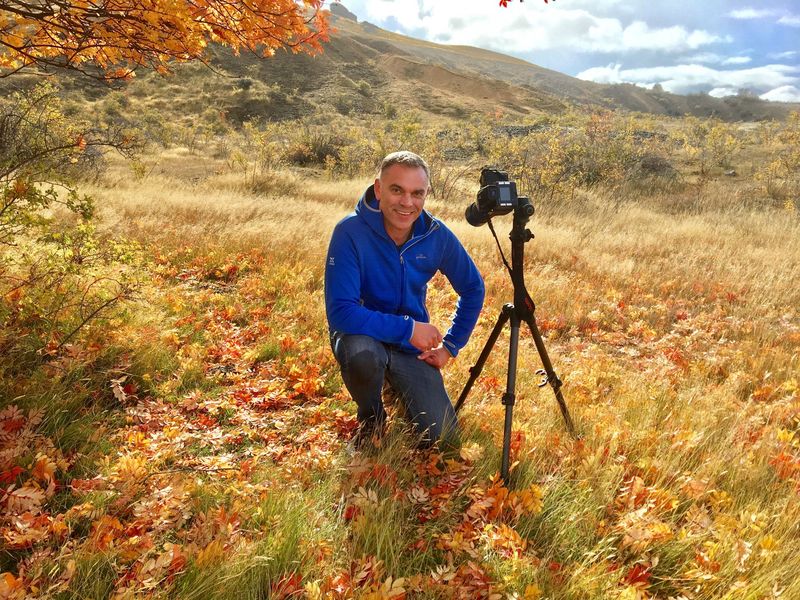 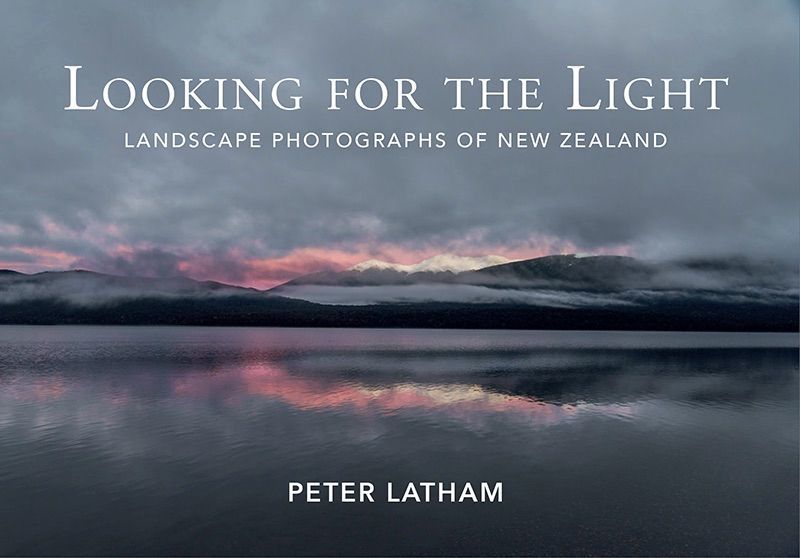 Looking for the Light cover 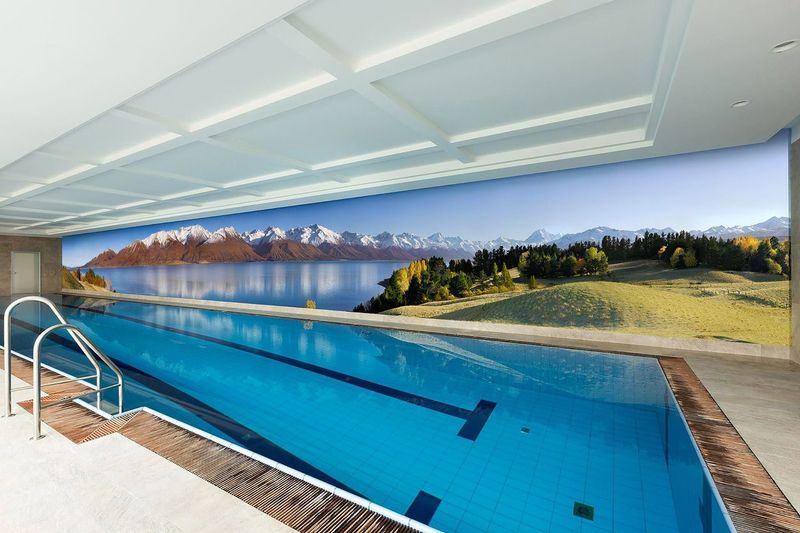 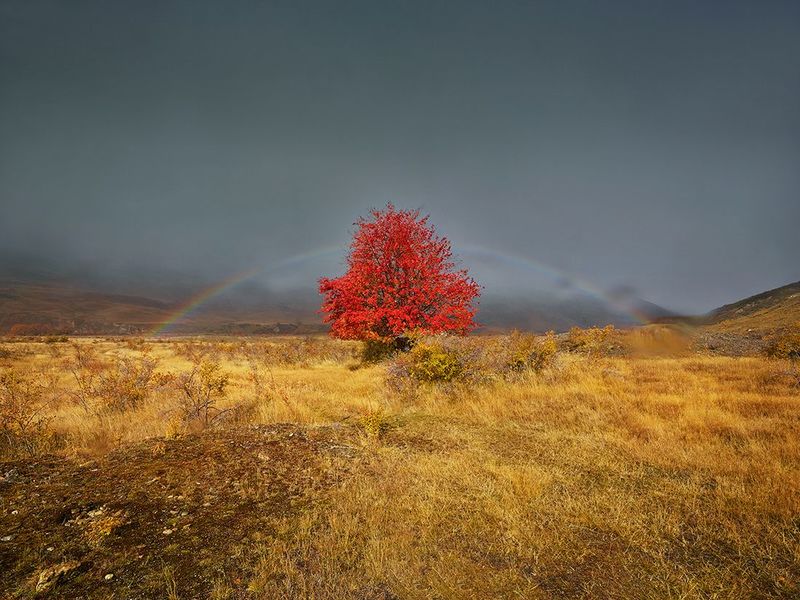 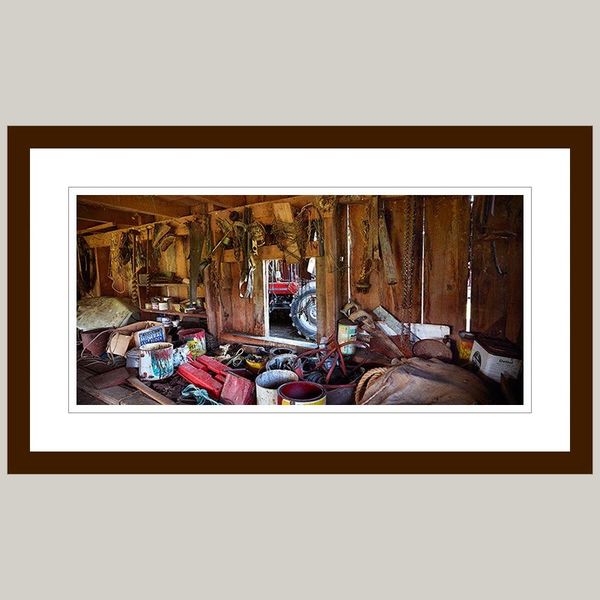 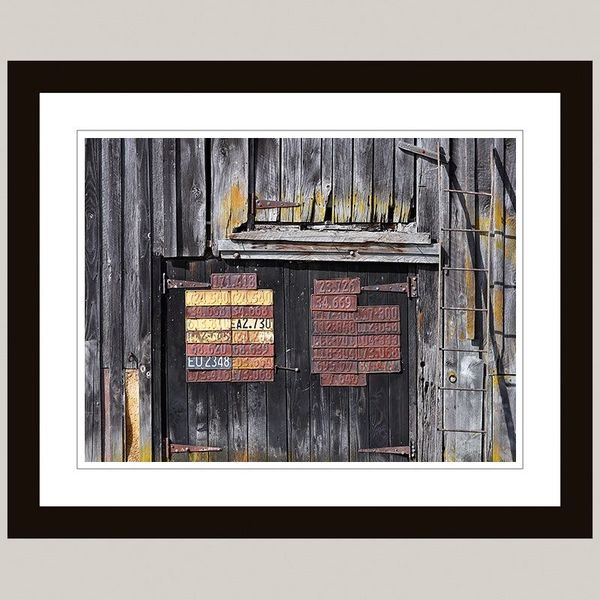 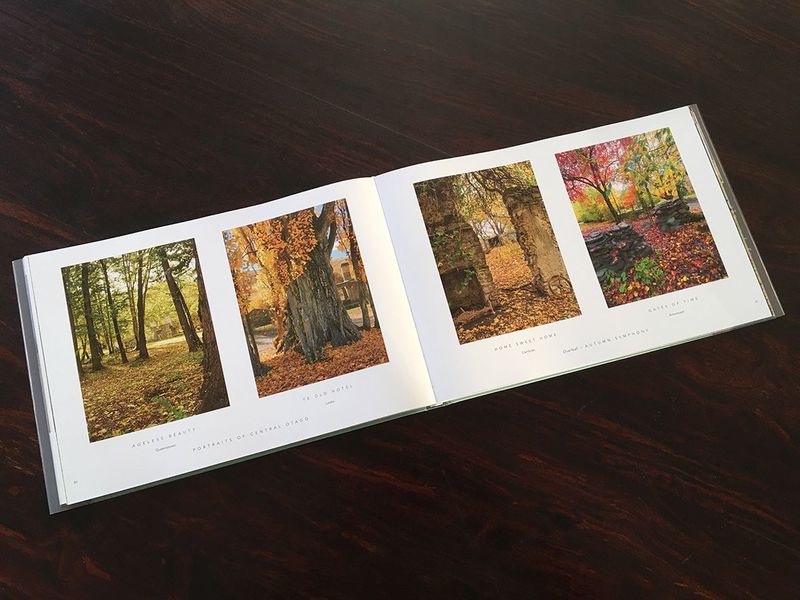 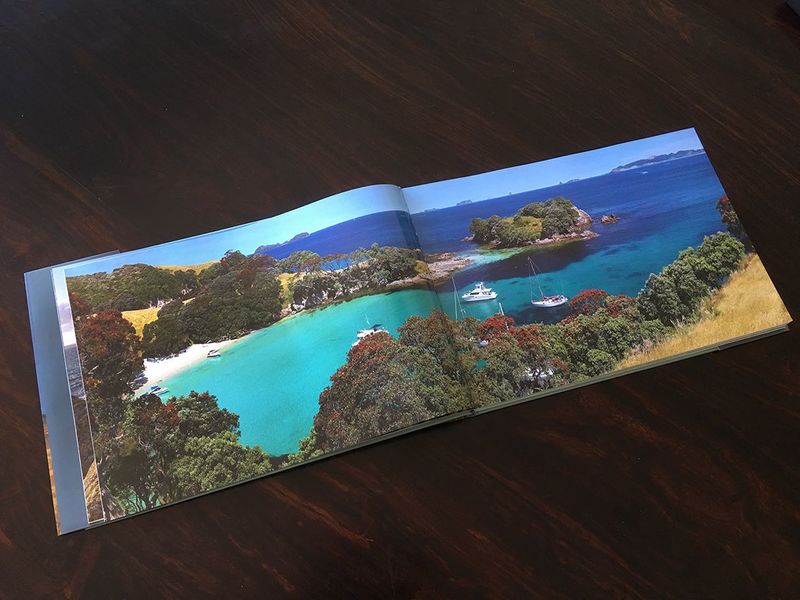 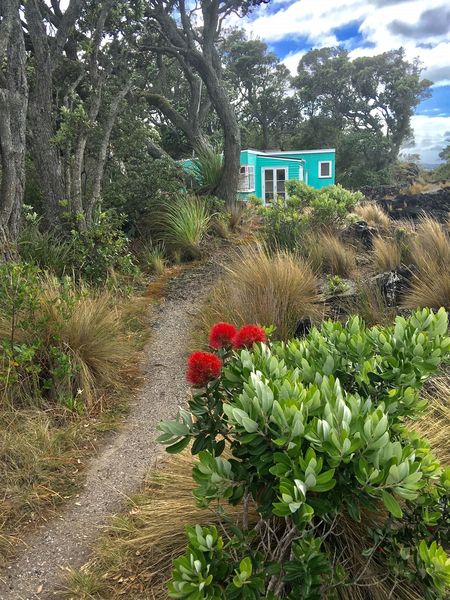 Few photographers get to see their work blown up to be 28 metres long, but that's one of the biggest commissions so far for New Zealand landscape photographer Peter Latham. The alpine scene mural now adorns a Russian mansion.

Peter's concentrated on landscape photography since 2004 and a new book of his images Looking for the Light  takes us on a roadtrip through Aotearoa.  As he expalins to Lynn Freeman, capturing the perfect light - and patience - are crucial to his work, particularly on his favourite in the collection, a photo called "Jackpot".. 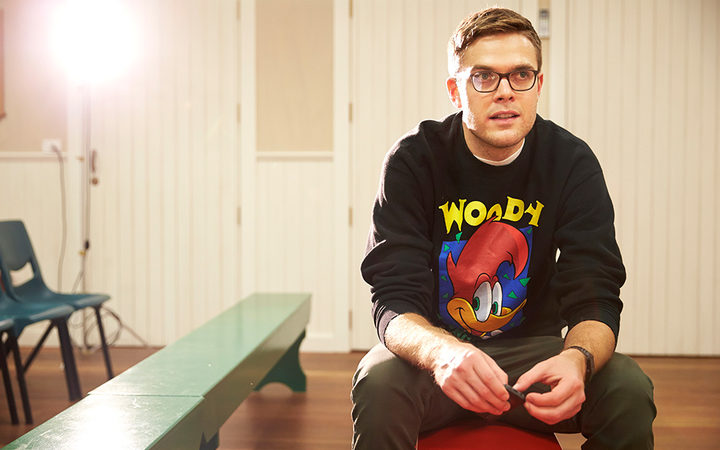 The maverick third wheel of TV3's popular Jono and Ben series picks some political favourites in the aftermath of the election - people like John Mulaney, Jordan Lepper, Dave Chappelle - and Guy Williams. 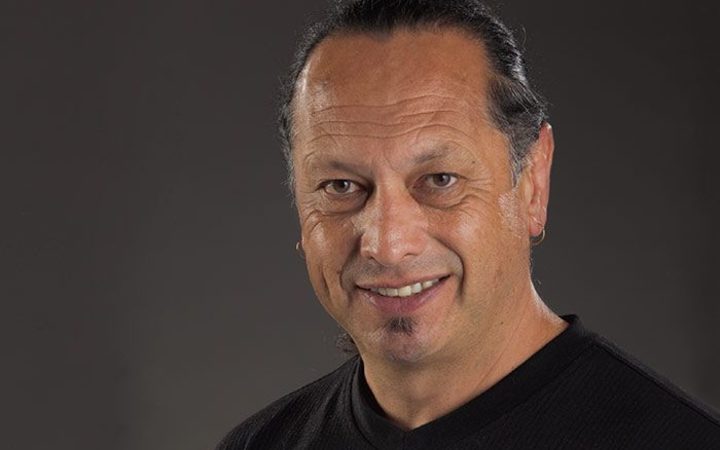 Senior Rongowhakaata artist Professor Derek Lardelli has carved three giant pou that tell the story of three women with a very special place in the history of his Gisborne iwi.  Te Papa commissioned the work as part of its new exhibition Ko Rongowhakaata: The Story of Light and Shadow - the eighth iwi exhibition since the national museum opened in 1998.

It's also the home of the iwi's historic whare whakairo, Te Hau ki Tūranga, dating back to the 1840s and confiscated by the Crown in 1867. During the exhibition, Rongowhakaata craftsmen will work to restore the treasured meeting house.

Derek Lardelli's work Ngā manu a Rongo reflects the influence of Rongowhakaata's ancestors through time, and as he tells Lynn Freeman, it's a deeply personal carving:  Ko Rongowhakaata: The Story of Light and Shadow opens at Te Papa in Wellington this Friday. 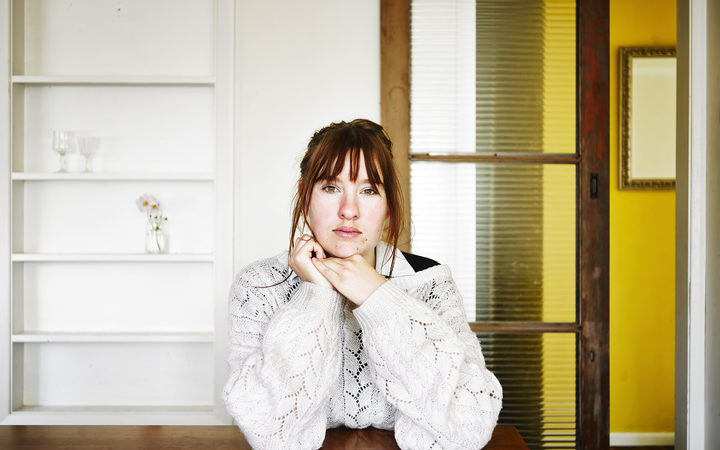 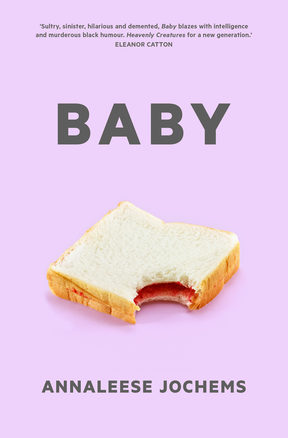 Cynthia steals money from her father to pay for a boat called Baby, a sanctuary for her, her dog Snothead and Anahera, her fitness instructor and the woman of her dreams. But the reality of their life in the Bay of Islands isn't what she hoped for as the money quickly runs out and Anahera remains more aloof than loving.

This is the scenario in Annaleese Jochem's debut novel, Baby.  She talks to Lynn Freeman about the appeal of the  Bay of Islands and black comedy

Margi Robertson is the founder of New Zealand’s most iconic label - Nom *D. The label has been running for 30 years and Sonia Sly meets the designer to talk about life-changing moments, the future for young designers and the success behind the brand.

3:06 Drama at 3 -  LifeAfter and A Short History of Olive Growing

Today Episode 1 of a 10-part thriller about AI - LifeAfter by Mack Rogers. It's been made under the supervision of John Dryden for the GE Podcast Theater and the Panoply Network.  Also a fondly remembered New Zealand piece -  Joanna Derrill presents A Short History of Olive Growing  by Katie Henderson.