Standing Room Only for Sunday 2 October 2016 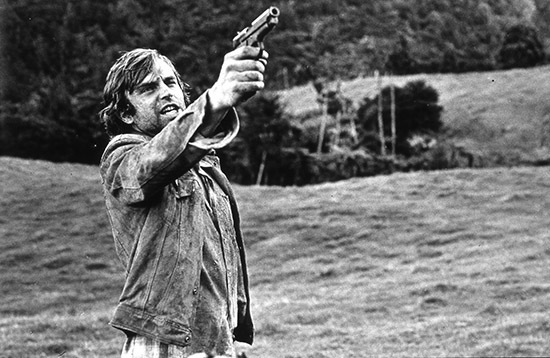 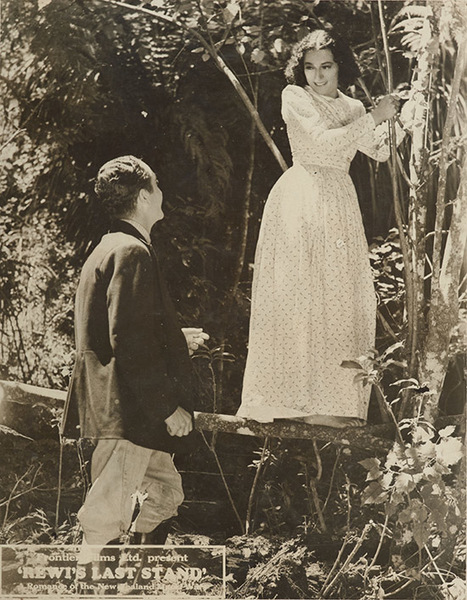 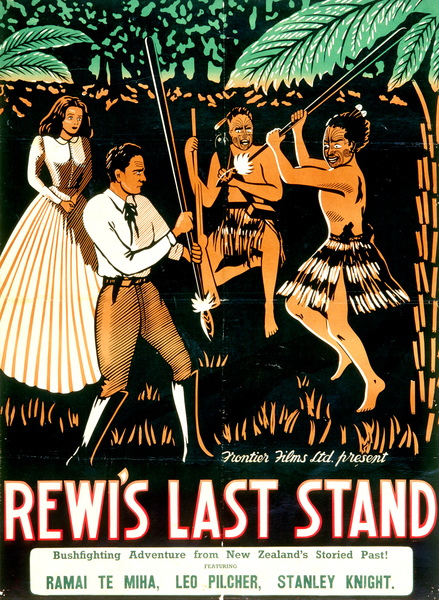 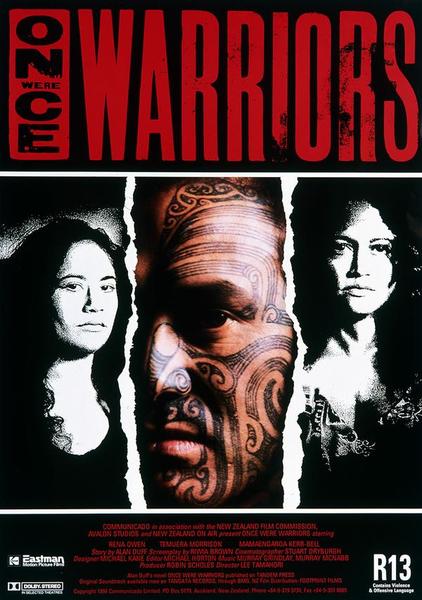 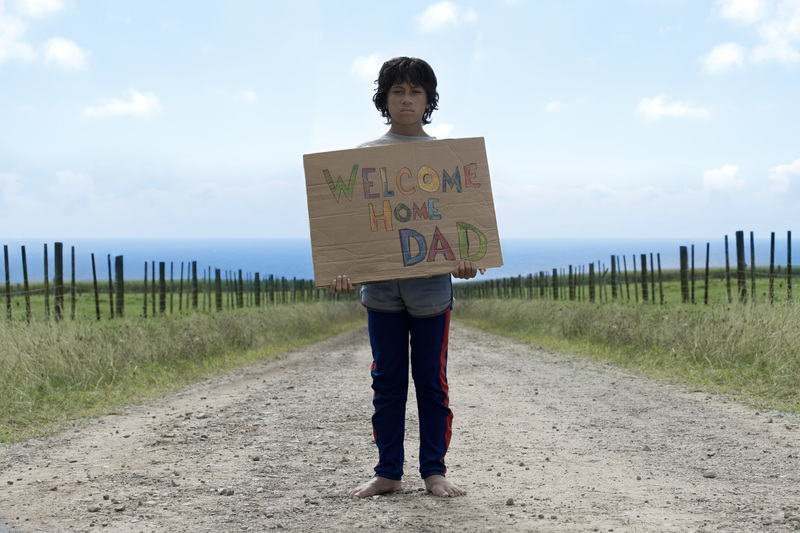 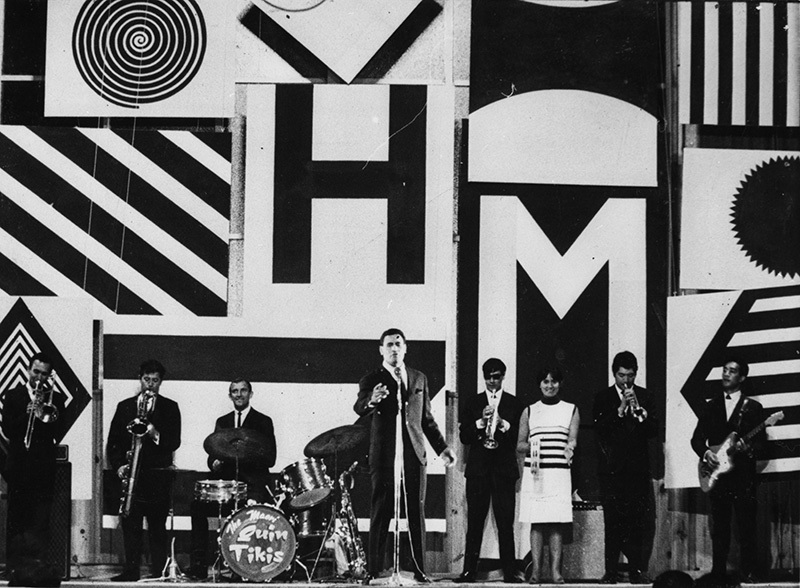 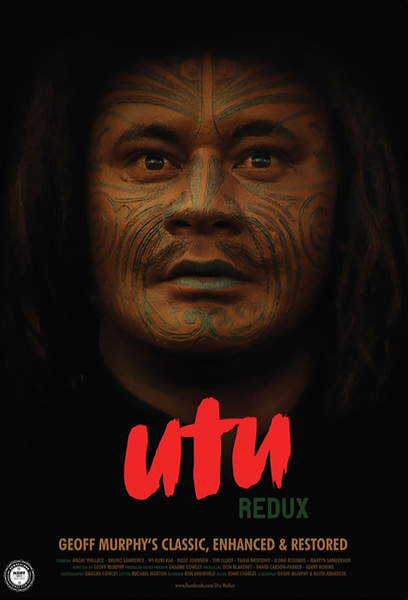 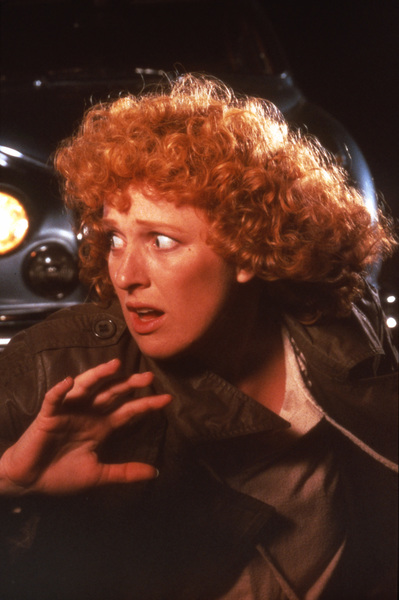 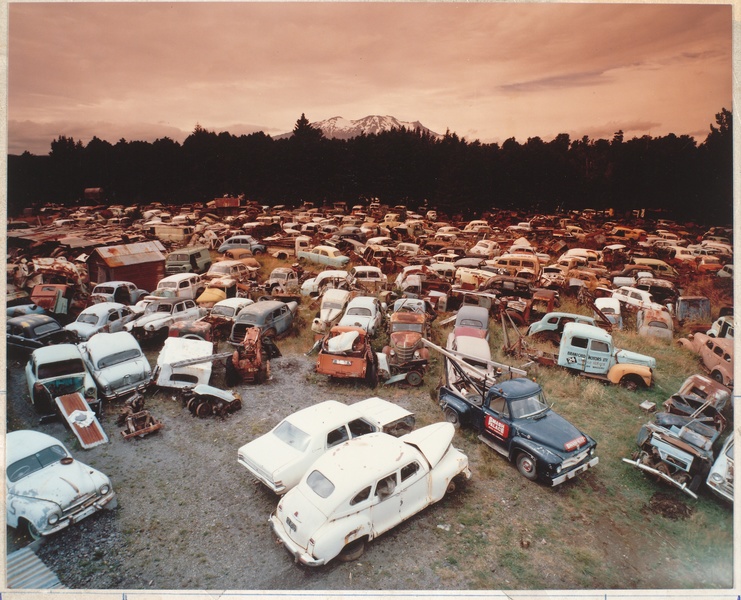 120 years ago New Zealanders got their first glimpse of a new technology that would change how they saw the world - cinema. So what was it like when people first saw silent images moving on a giant screen, and what were the very first movies shown to an astonished audience? Diane Pivac and James Taylor from Nga Toanga Sound & Vision have come up with programme of Films that Shaped New Zealand to mark the occasion. Lynn Freeman asked Diane to paint a picture of the motion picture screening that changed everything: 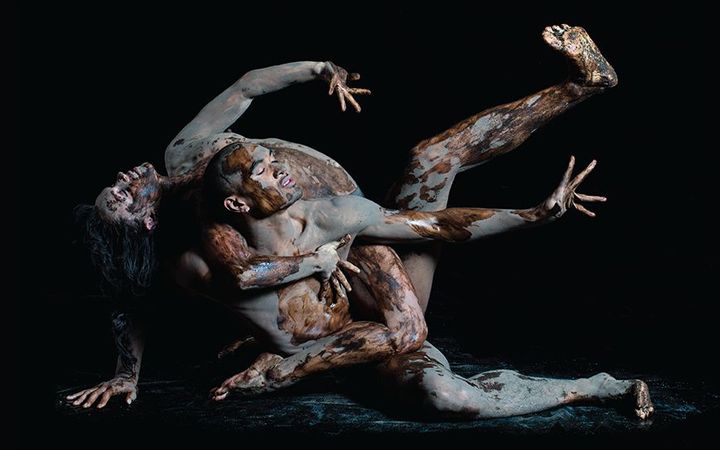 While classic ballets are frequently restaged, it's much rarer to be able to revisit a seminal contemporary dance work. At this year's Tempo Dance Festival in Auckland,  choreographer Michael Parmenter has dusted off a work first performed 30 years ago. Insolent River - A Tango caused a real stir when it premiered back in 1988 - "shocking and important" is how the Dominion described it. Lynn Freeman asks Michael why this, of all his works, was chosen to be revisited? 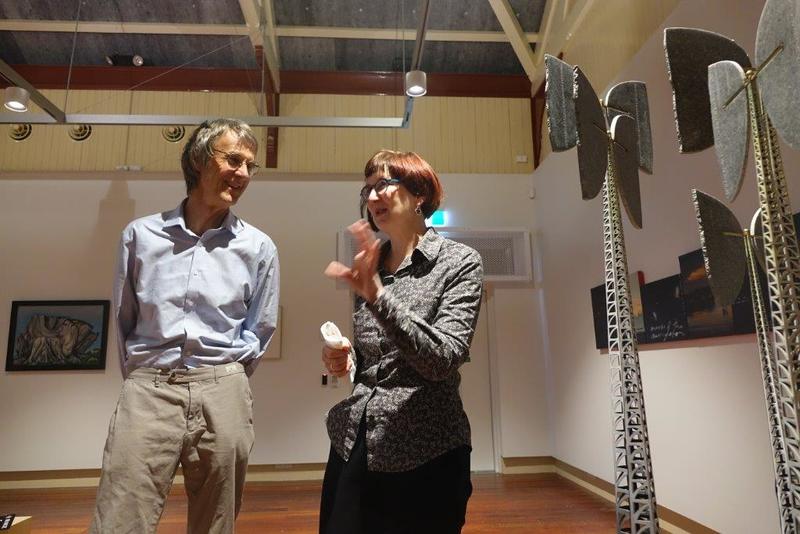 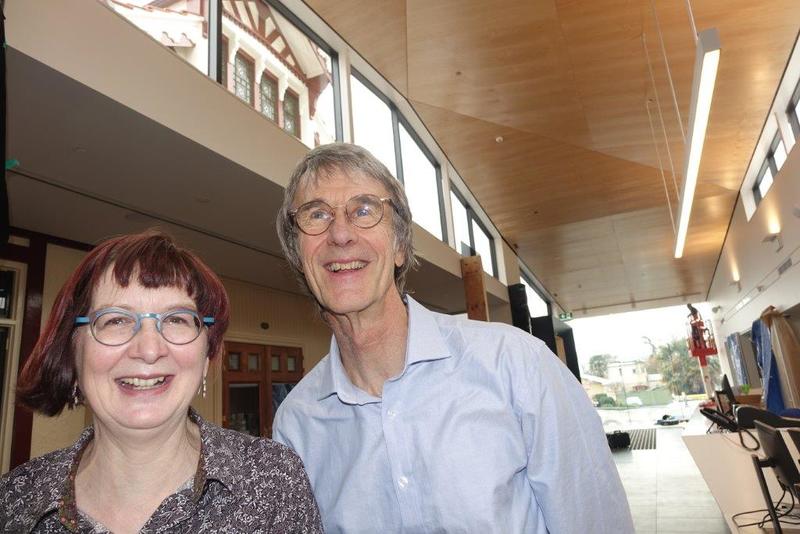 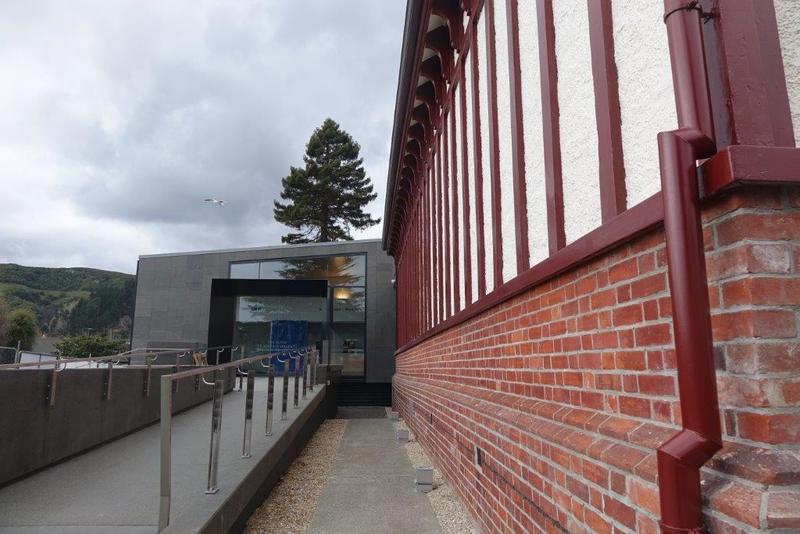 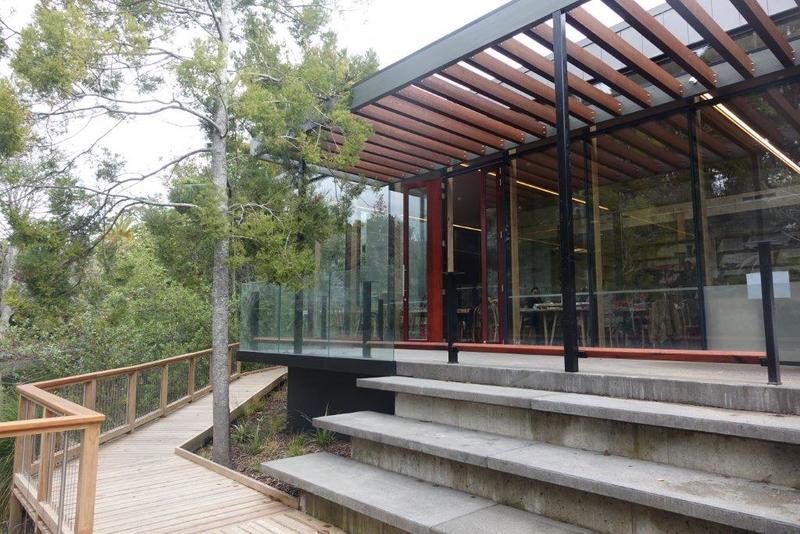 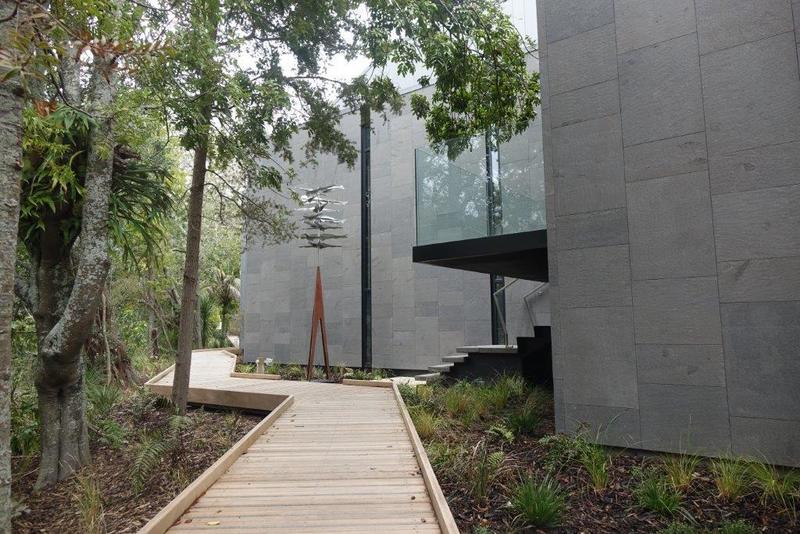 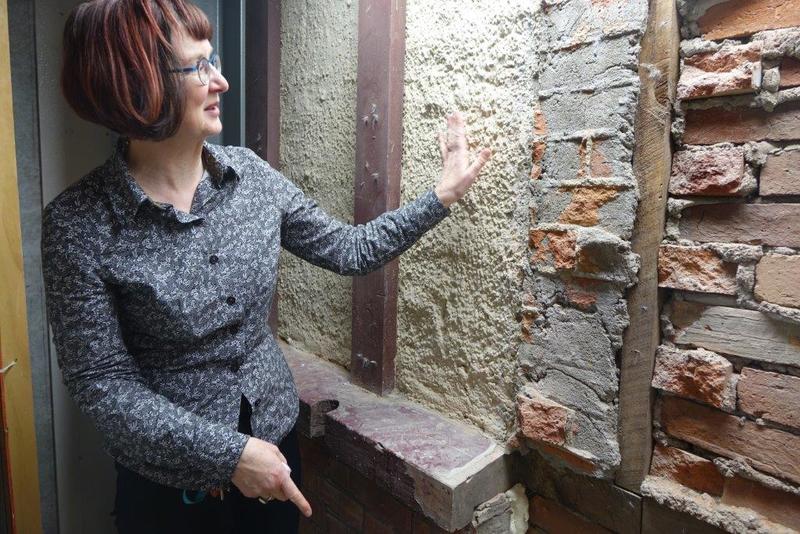 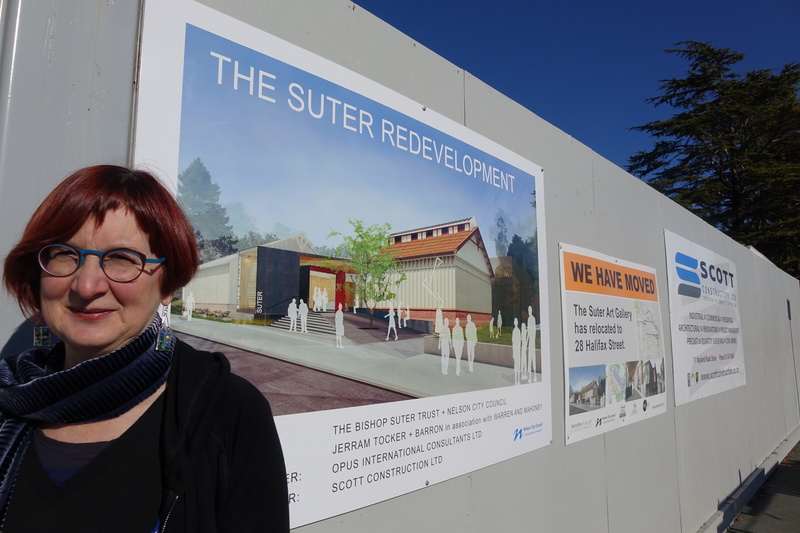 On Sunday, the people of Nelson get to see what a 12-million dollar rebuild of their art gallery has bought them. The Suter Art Gallery in the city's arts hub holds a valuable art collection that needed bigger and better accommodation. It's taken 18 months to revitalise the Suter, which is the oldest gallery in continuous use in New Zealand. RNZ's  Nelson reporter Tracy Neal gets a sneak peak with Gallery director Julie Catchpole and the Suter Trust's chair Craig Potton, then Lynn Freeman crosses live to find out the mood of the big crowd at the official opening.

1:38  The rise and rise of the Film Festival 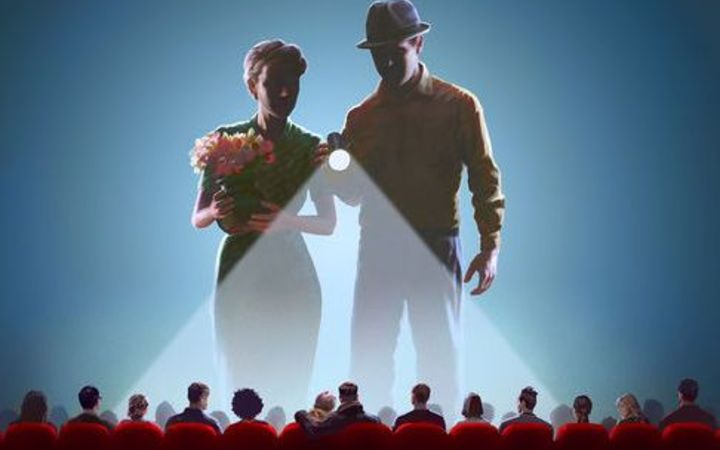 The Internet is threatening - we're told - among other things Journalism, Television, Books and the Music industry.  How can they stay in business when you can get everything free on-line? But one supposedly endangered art-form is unaccountably thriving.  There are more movies - in particular movie festivals - around than ever before.  Simon Morris wonders why - and how?  He's joined by Show Me Shorts' Gina Dellabarca, and the conveners of two new kids on the block - Steve Newall of Auckland's Fraud Festival, and Wanda Lepionka of Wellington's Polish Festival.

Lynn Freeman talks to two of the big winners of this year's Show Me Shorts short-film awards. 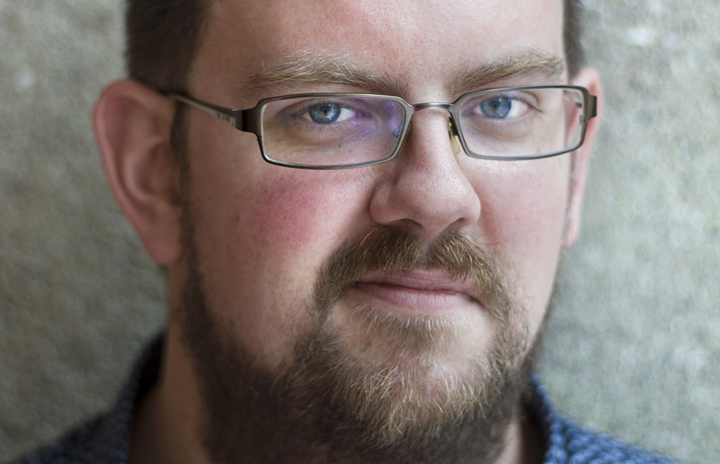 2:25 Shakespeare's Shylock - villain, victim or both? 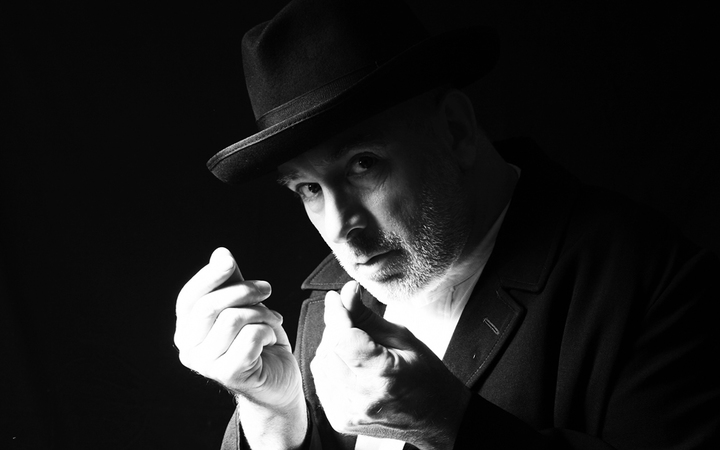 Shylock remains one of the most problematic of all Shakespeare's hundreds of characters.It's not just that the Jewish stereotype he represents is offensive. People remain divided over whether Shylock is the villain of The Merchant of Venice, demanding his notorious pound of flesh from a debtor, or the victim of a biased legal system. In his solo show Shylock, British actor Guy Masterson delves into the money-lender's intentions and examines 400 years of Shakespearean interpretations.  Lynn Freeman asks - is Shylock a villain or victim? Guy Masterson's performing Shylock at the Otago Arts Festival next week along with his solo version of Under Milk Wood - he's also touring them to Auckland.

2:41 Stephanie Johnson has a book for all dog-lovers - Good Dog!

A handsome red nose pit bull called Busta,  Olive the guide dog,  Hairy Maclary and Kevin Ireland's Mighty Sid all get a mention in a new collection of Kiwi writing about dogs. Dog-lover and writer Stephanie Johnson has assembled historic and fresh poems, short stories and essays about pooches of all kinds.  Lynn Freeman talks to Stephaniue about Good Dog! - New Zealand writers on Dogs.

2:49 The Great Fire of London inspires a musical 350 years later 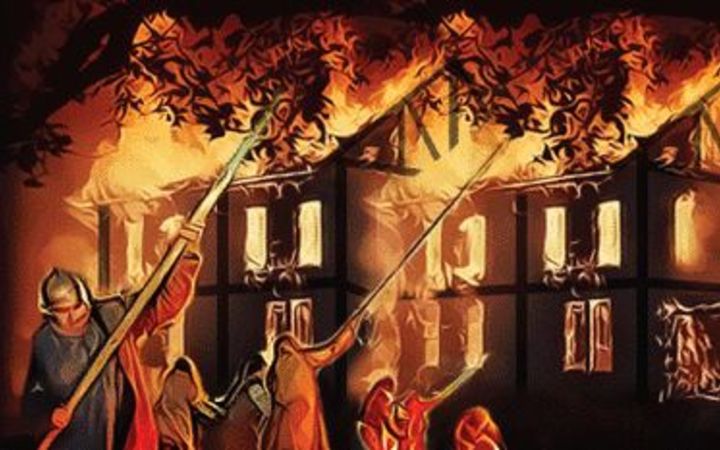 350 years in the making, a new Kiwi musical called Fire on the River is set to re-ignite interest in the Great Fire of London in 1666. Auckland writer-composer Graeme John Webber was inspired by a trip to London, and he's spent nearly 12 years getting it up on stage, with the help of director Jacqui Thorpe. Lynn Freeman asked Graeme and Jacqui about that London experience that sparked the idea of the musical:

The best international stand-up comedians at the Edinburgh Festival Fringe.