The rise and rise of the film festival 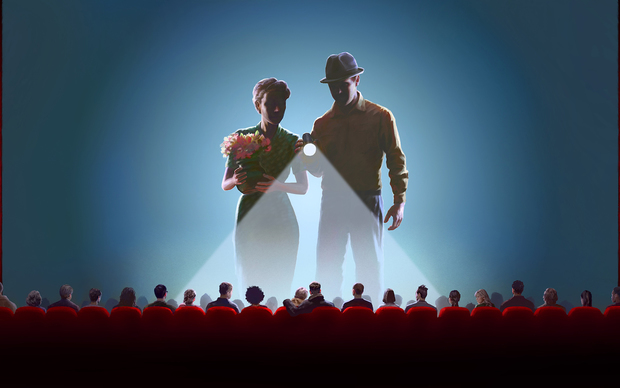 We’re told the internet is threatening journalism, television, books and the music industries. How can they stay in business when everything is available for free online with only a quick Google search? One supposedly endangered art form is unaccountably thriving. There are more movies – in particular film festivals – around than ever before.

New Zealand’s film festival calendar is packed with niche film festivals; some of the selection on offer include the German, French, and Italian festivals and the documentary, student and mountain film festivals.

As editor of movie website Flicks.co.nz and programme director of the New Zealand International Fraud Festival that opens next month, Steve Newall is in a unique position that gives him insight into both audience preferences and the logistics of organising a film festival. He sees the high number of festivals as a positive thing for the industry and for the audience.

“I think it reflects what we’re seeing in the wider film marketplace when there’s a huge availability of content and curation becomes really important. Curation can be by reviewers you trust, or particular outlets or a film festival that hones in on one subject.”

Gina Dellabarca is festival director of Show Me Shorts, New Zealand’s international short film festival. With all of the entertainment options available at home, people like to go somewhere that is guaranteed quality, she says. This is the responsibility of film festival programmers, who sift through hundreds of thousands of films on offer to decide on a selection of the best to screen at their festival.

“You’ve got to give [the audience] a reason to come out and just coming out to see one film that they could easily see at home perhaps isn’t enough of a reason any more. But a film festival is quite a different experience, with a whole cinema full of people who are excited and this is your only opportunity to see the film.”

For nationality-based festivals it is especially important to choose films that not only did well in their homeland, but will also translate to an international audience.

Wanda Lepionka is the festival director of the Wellington Polish Film Festival, which is in its inaugural year. Her team has selected films that will be relevant for a general audience, she says.

“We’ve chosen films that have actually done well in a number of festivals around the world. They’re coming from emerging young film makers from a new Poland. These people are 30 or 40 years old who have witnessed the changes in Poland and their voice is different from the past masters of Polish cinema.”

Though the current market means it can be tough for a film festival to continue beyond its first or second year, ultimately the success of a festival is down to the films included in the programme, Dellabarca says.