12:40 Jodie Molloy: The Voice in My Head
Jodie Molloy's The Voice in My Head confronts the often contentious issue of abortion. Spanning a couple of centuries from Victorian times into the future, it tells five very different stories exploring the dilemmas of abortion, at the heart of which are themes of sexuality, motherhood, morality and loss. Jodie developed the play during a Creative Writing Masters at Cambridge University. Known for her work on the The Jaquie Brown Diaries and Go Girls this is Jodie's first solo theatre show, which she has both written and is directing.

At The Movies’ Simon Morris reports on the sights and sound of massive French film focal point: Festival de Cannes.

1:33 Filmmakers reaching out over the Pacific

Every year during the Documentary Edge Festival, the Screen Edge Forum is held inviting film industry bods to come together and talk about their craft. This time one of the panels, Pacific Alliances, is looking at Australasia building better connections with the Pacific islands through a new organisation called the Pacific Alliance for Documentary and Interactive Storytelling (PADISA). Lynn Freeman spoke to Alex Lee from Documentary Edge, and Mareva Leu the co-ordinator of Tahiti documentary festival: Festival International Du Film Documentaire Océanien (FIFO).

1:48 From Kraus to Parekowhai: Story of a Piano

In 1959 she wrote a message on a Steinway piano - and that piano went on to become part of artist Michael Parekowhai's contribution to the 2011 Venice Biennale.

Now Michael's big sister Cushla has looked into Lili's life and her contribution to this country's cultural scene over many years and sharing her research at a talk at Te Papa. 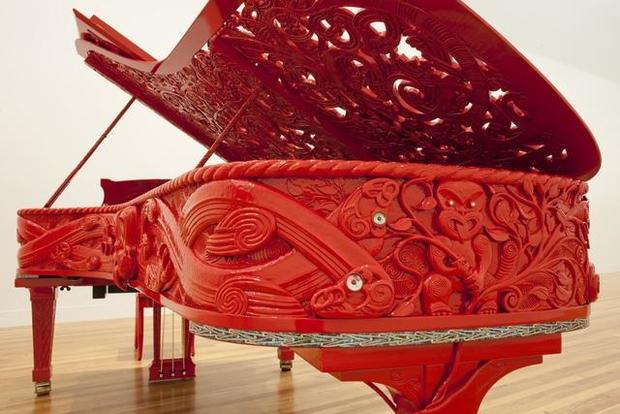 Heather O'Carroll is the new Programme Manager for Wellington indie theatre BATS. Since 2008 Heather has performed a variety of roles at the New Zealand Festival, and in 2014 spent a summer in working for the world's largest arts festival: the Edinburgh Festival Fringe.

Plays Heather has acted in include Le Sud, The Lead Wait, Chekov In Hell, West End Girls, Tigers of Wrath, as well as The Shape of Things for which she won a Chapman Tripp Theatre Award. On-screen Heather played Karen Nicholas in Consent: The Louise Nicholas Story.

2:40 Bridget Reweti: Carry On
Is there anything you never leave home without? Bridget Reweti's upcoming exhibition at Corban Estate Arts Centre of hand coloured photographs Carry On examines just that. She has recently returned from the annual Indigenous Visual and Digital Arts Residency at The Banff Centre in Canada where ideas around tourism permeated her photography. She is also staging separate exhibitions in Christchurch: Ōtākaro at The Physics Room, and Tirohanga at CoCA. 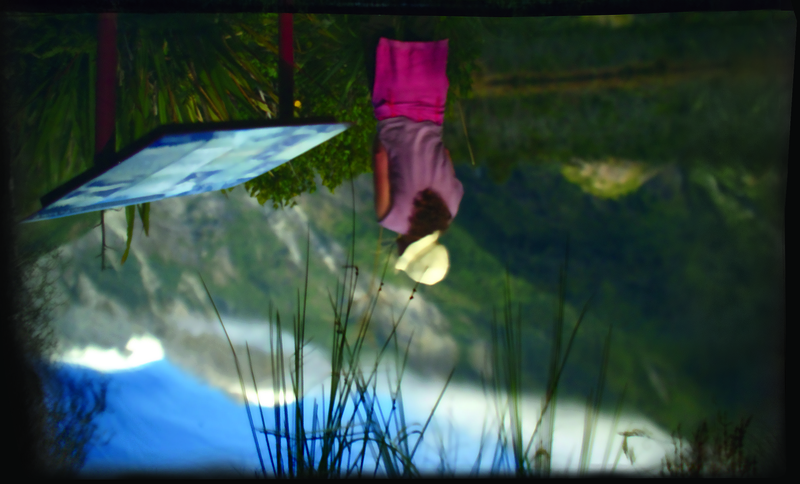 Can I be in your video. 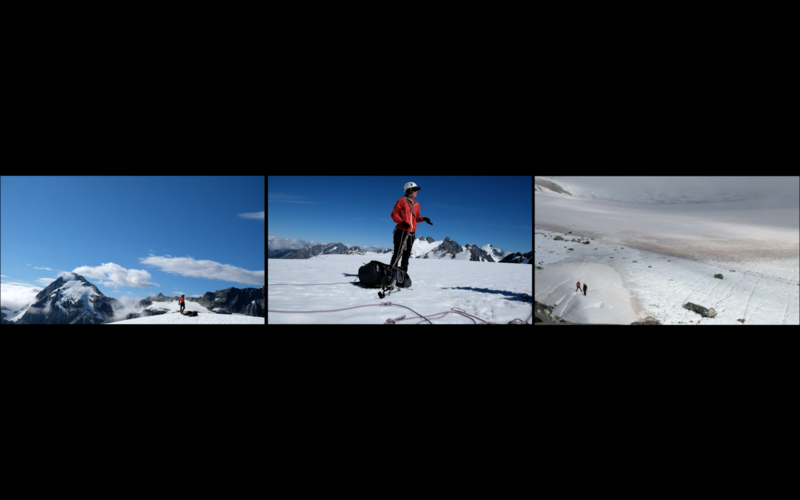 I thought I would of climbed more mountains by now

2:47 Marcel Lucont pours scorn on you

The New Zealand International Comedy Festival is wrapping up in Wellington and Auckland but other parts of the country can now see many of the highlights as part of the festival's travelling Comedy Convoy.

Marcel has a dry, deadpan and at times almost snobby charm that intrigued Zoe.

Sparks fly when the 'school mistress' meets the smuggler. June takes a European tour and befriends the Polish tour guide Wojtek. They are from very different worlds and circumstances but find they have much in common in this funny and touching romantic comedy from the pen of Anthony McCarten.

Artist:  Flight of The Conchords
Song:   If You're Into It
Composer:   Clement, McKenzie
Album: The Distant Future EP
Label: Subpop
Played at: 2.21