Standing Room Only for Sunday 13 December 2015

After five years of frantic activity, the earthquake damaged Christchurch Art Gallery is about to reopen, earthquake strengthened and with some other nifty alterations. Initially after the big quake, the gallery was the hub for civil defence and the city council. But once the full extent of the damage to the relatively new building was revealed, it had to shut down and the gallery, including director Jenny Harper, came up with new ways of displaying art out on the streets. 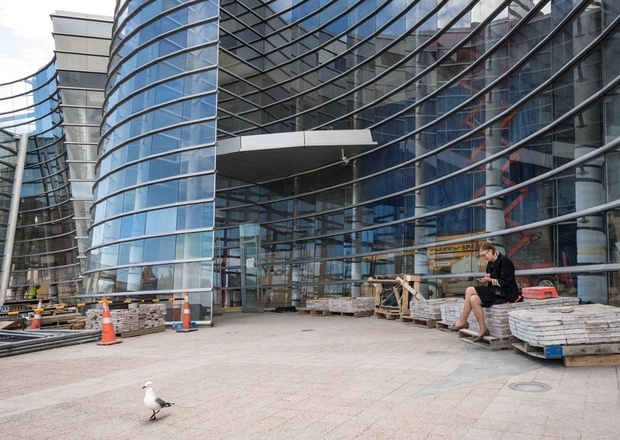 Matthew Metcalfe is a film producer who has been working in the industry for nearly 20 years. Among the many films he’s produced are Nemesis Game, The Ferryman, Dean Spanley, and the Rhys Darby and Sally Hawkins helmed rom-com Love Birds. As well as features Matthew works on documentaries like Giselle and the Everest epic Beyond The Edge. He’s also produced many videos including the Tui Award winning Che Fu clip for Fade Away. 2016 will bring a new film that Matthew has produced, the London set feature 6 Days which looks at the 1980 Iranian Embassy seige.

Simon Morris looks at In The Heart Of The Sea, the true story that inspired the classic novel Moby-Dick. And two Festival favourites – Youth, starring Michael Caine and Harvey Keitel, and one of the big winners at Cannes this year, Taiwan’s The Assassin. It's officially the most successful year at the movie box office ever, but have we had to leave our brains at the door?  And what happens when we're confronted with award-winning "pure cinema"?

An asset or a pest? It all depends on how you look at drones. But for photographer Grant Sheehan, they've opened up all kinds of opportunities to photograph New Zealand from different aerial angles. Well, that was before new laws came in a couple of months ago restricting the way drones are used. Before then Grant was able to fly his drones over much of the country, over landscapes and scrap car yards, farms and city centres. He's brought together a collection of these photos in Eye in the Sky: A Drone Above New Zealand. 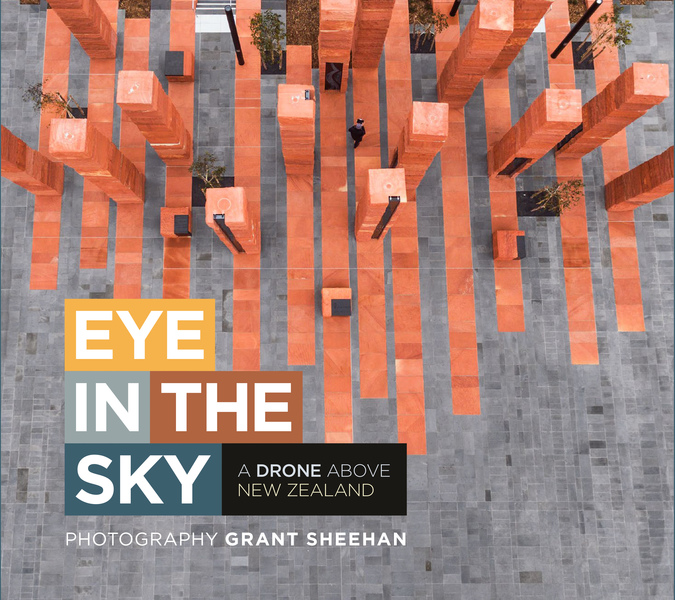 Eye in the Sky by Grant Sheehan 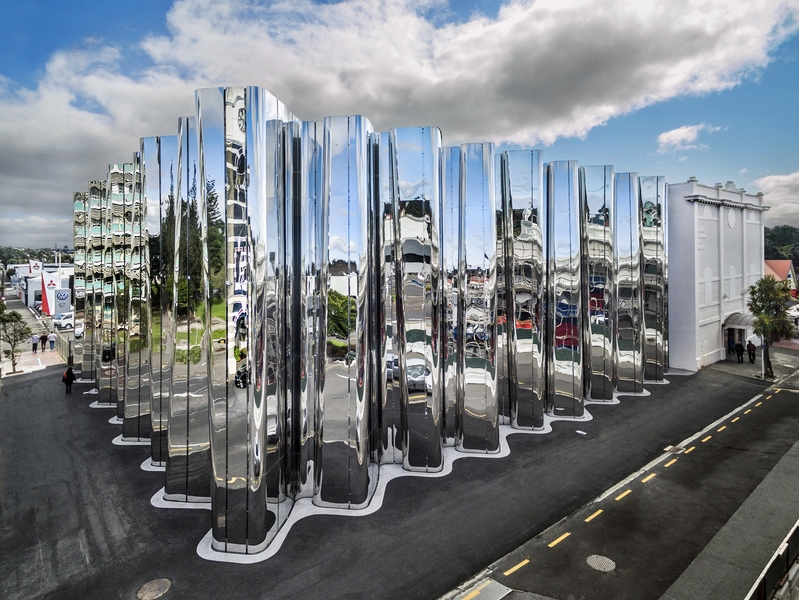 Drone over the Govett-Brewster Art Gallery in New Plymouth 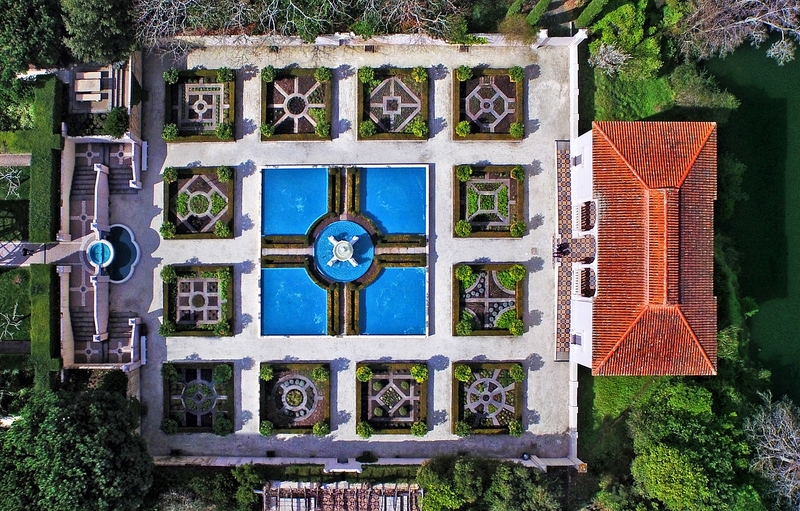 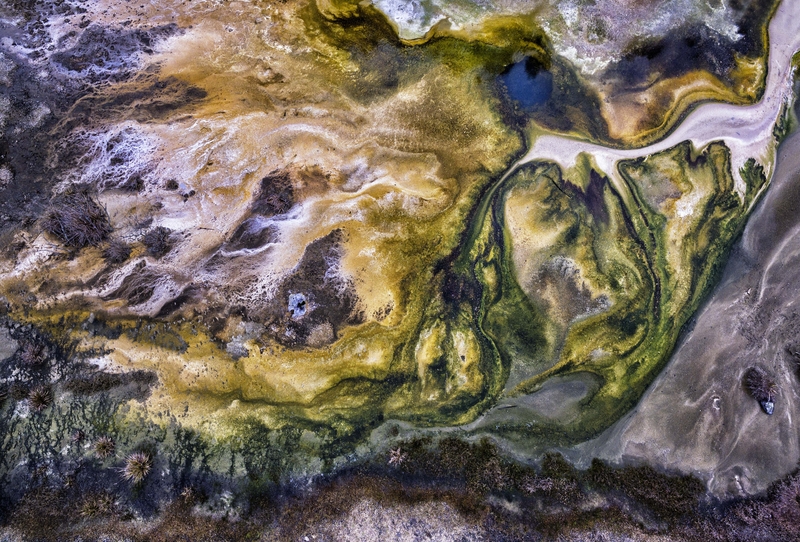 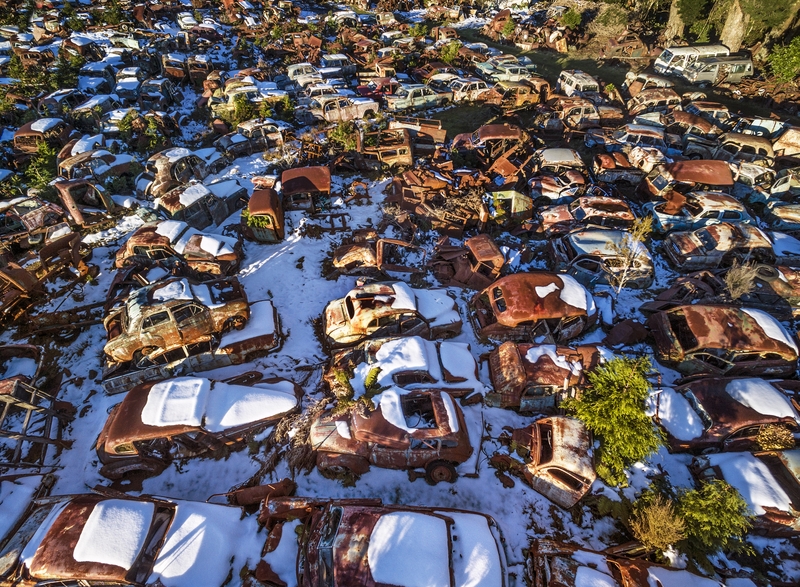 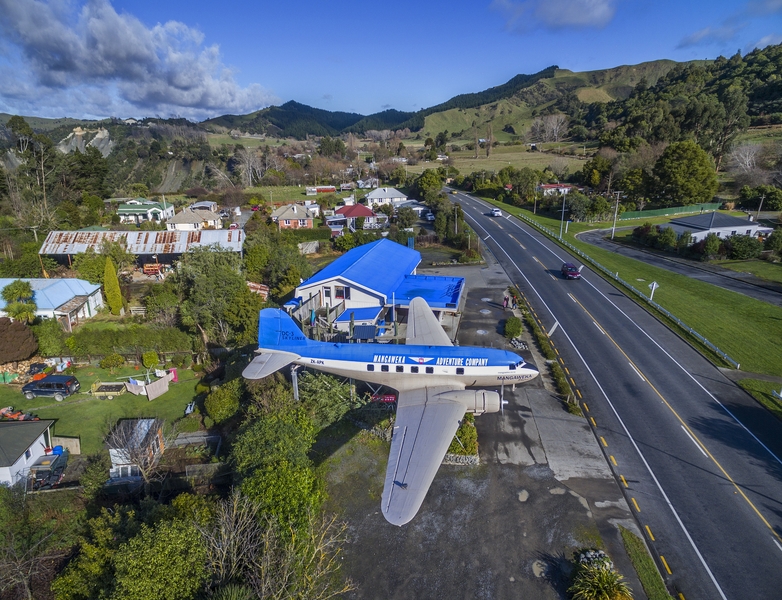 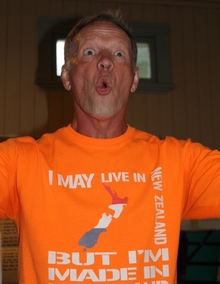 1:50 Bert van Dijk and the World Song Choir of Devonport

Actor and choirmaster Bert van Dijk believes everyone can sing. He puts his money where his mouth is by conducting the Devonport World Song Choir, an eclectic bunch of enthusiastic amateurs. Bert teaches a very physical style of singing and achieves remarkable results with his students. But he tells Justin Gregory he spent his early years too scared to even open his mouth.

Leigh Hart has been in comedy shows on New Zealand screens for quite a long time. As well as his current series, The Late Night Big Breakfast and ACC: Champagne Rugby, Leigh has starred in Moon TV, Leigh Hart's Mysterious Planet, Sportscafe, and a long running ad campaign. Leigh also hosts Radio Hauraki's Bhuja, and is a member of iHeartRadio's cricketing comedy show The Alternative Commentary Collective. 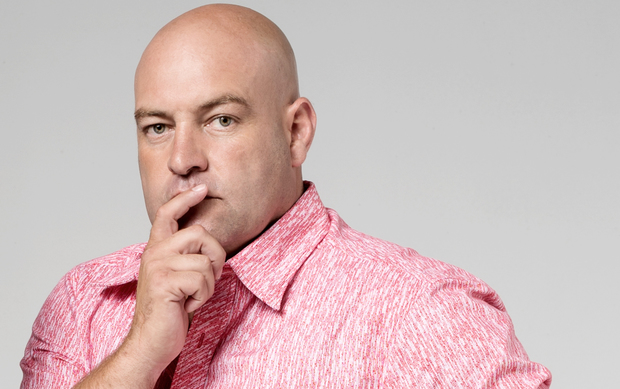 Kora, Lorde, Delany Davidson, Marlon Williams, Chris Knox, David Dallas, Sole Mio, Orchestra of Spheres, Neil and Tim Finn, Flight of The Conchords, Trinity Roots, Head like A Hole, The Chills, Disasteradio, Kimbra and a plethora of other New Zealand musicians are all documented in photographer Alexander Halag's new book. Shhh… The Music is Talking covers Alexander's last five years of gig going and in the process captures a moment in our fluctuating culture. 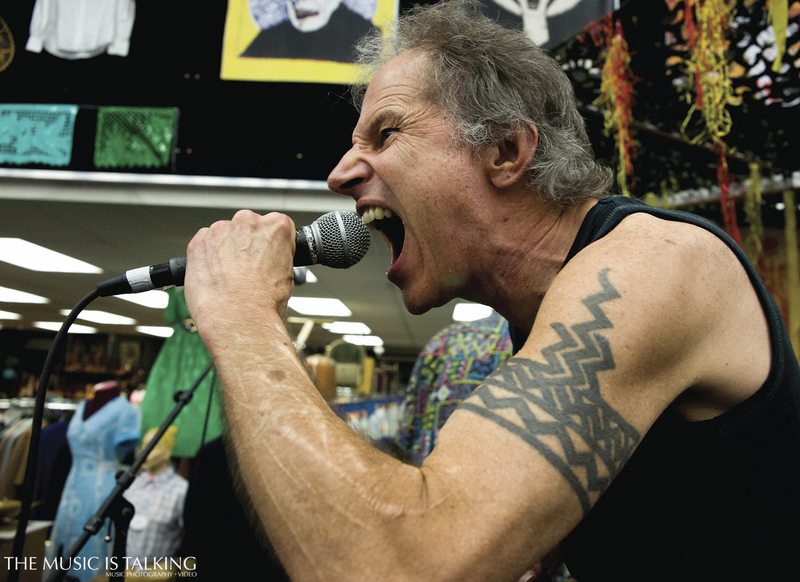 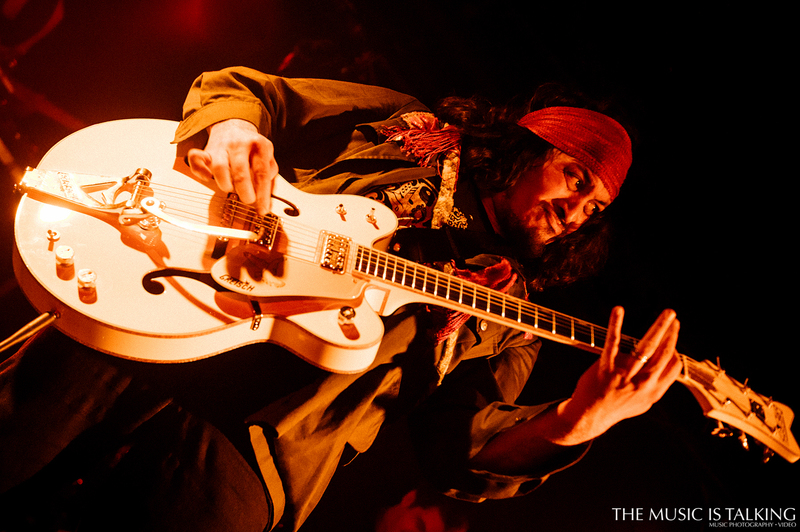 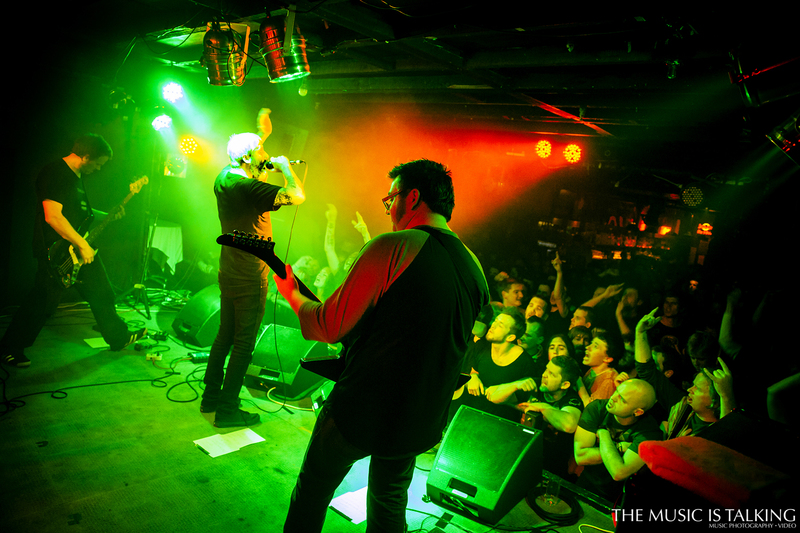 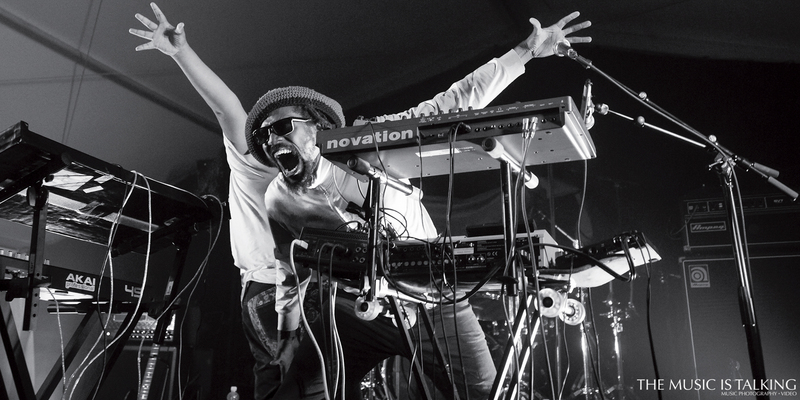 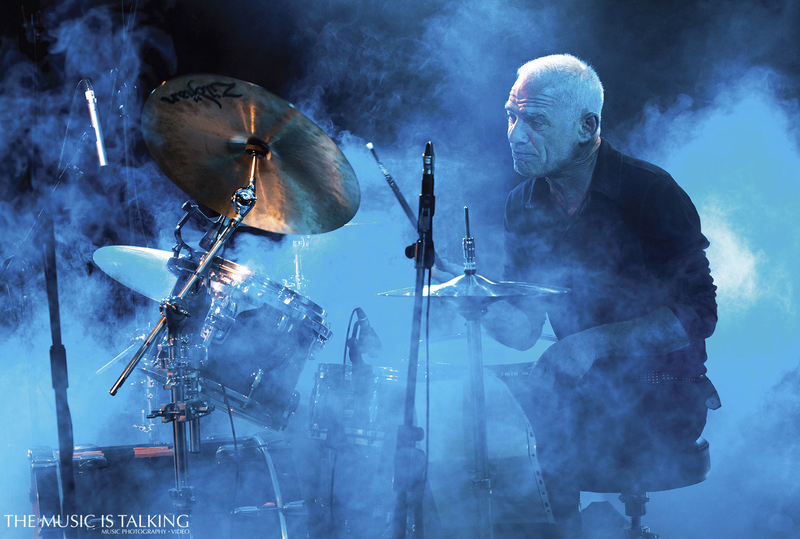 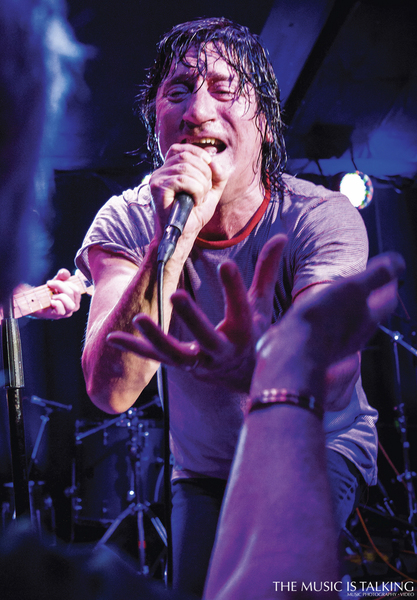 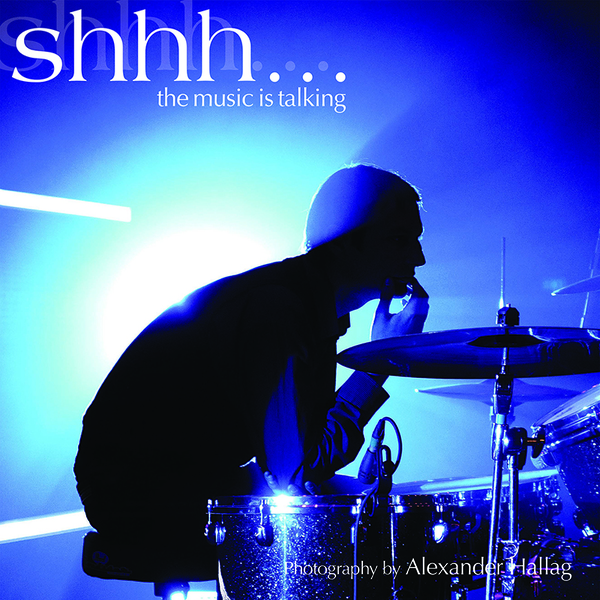 The cover of Shhh... The Music Is Talking by Alexander Halag

The cover shot on a new biography about Christchurch artist Olivia Spencer Bower shows her holding a cigarette and staring right into the camera lense with a wicked smile.

For almost 60 years she painted primarily landscapes of her adopted country, always keen to experiment with materials and styles, and befriending other artists including Rita Angus and Colin McCahon. Julie King has told Olivia's story in Olivia Spencer Bower: Making Her Own Discoveries, published by Canterbury University Press. 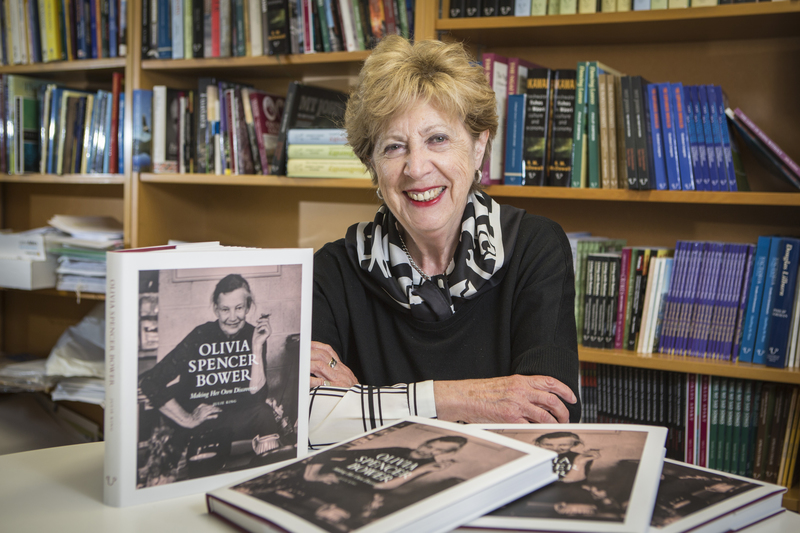 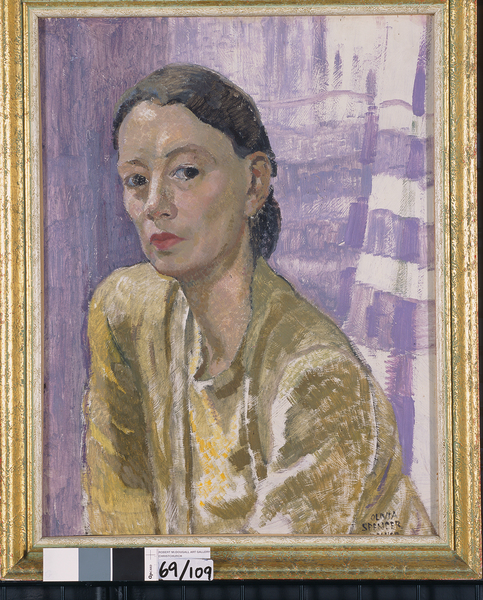 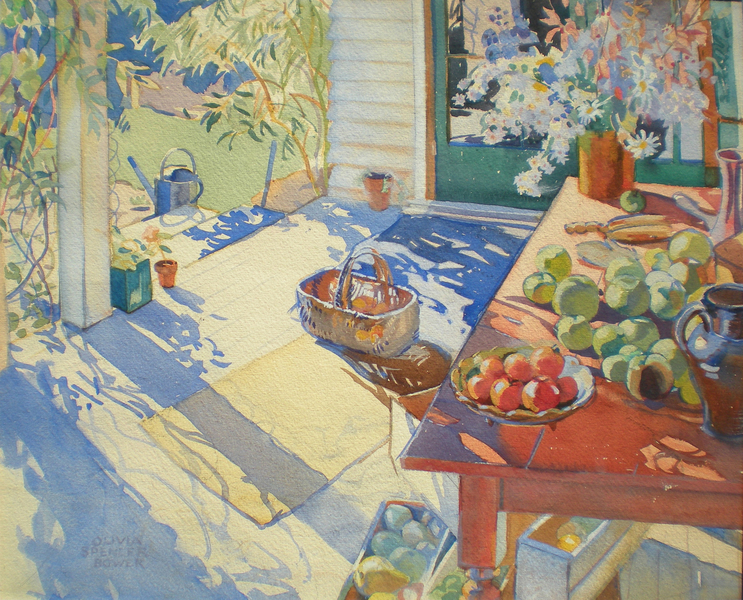 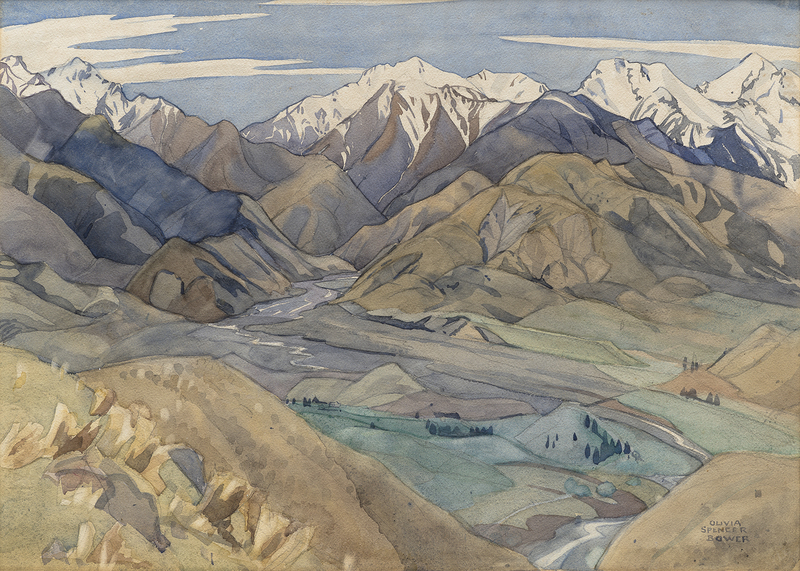 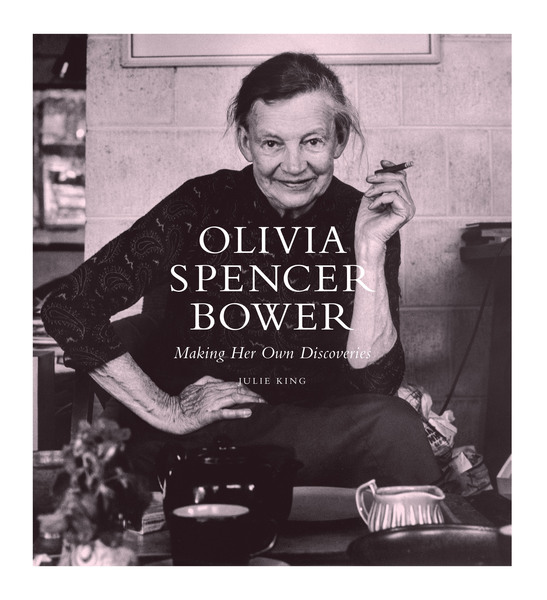 2:49 Building our buildings - past meets future

Are 3D printers and other new technology a threat to traditional Maori crafts - or the way of the future that allows more people to be creative? Architecture student James Durcan is working with iwi in Gisborne to not only print bricks but to use them to build a small Whare. James won the top prize in the New Zealand Institute of Architects Student Design awards. Lynn Freeman spoke to James along with finalist John Belford-Lelaulu who studies at UNITEC - he's designed a museum for Samoan treasures, basing the design on the traditional Samoan Tattoo's intricately woven patterns. 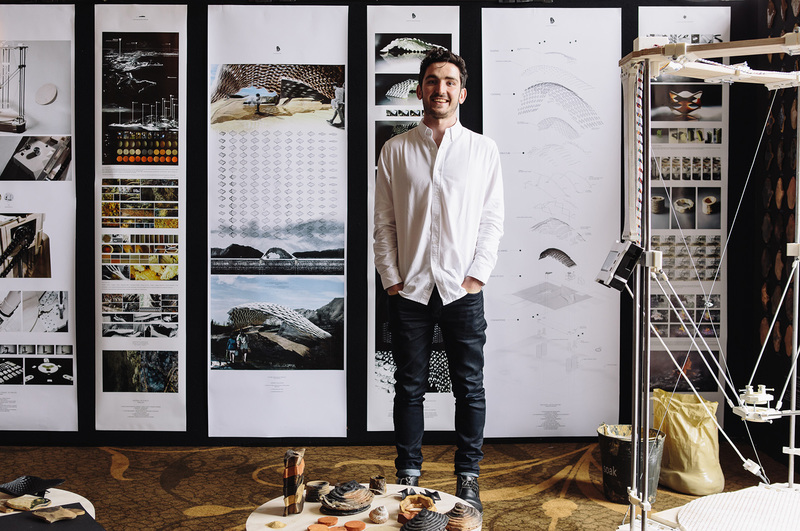 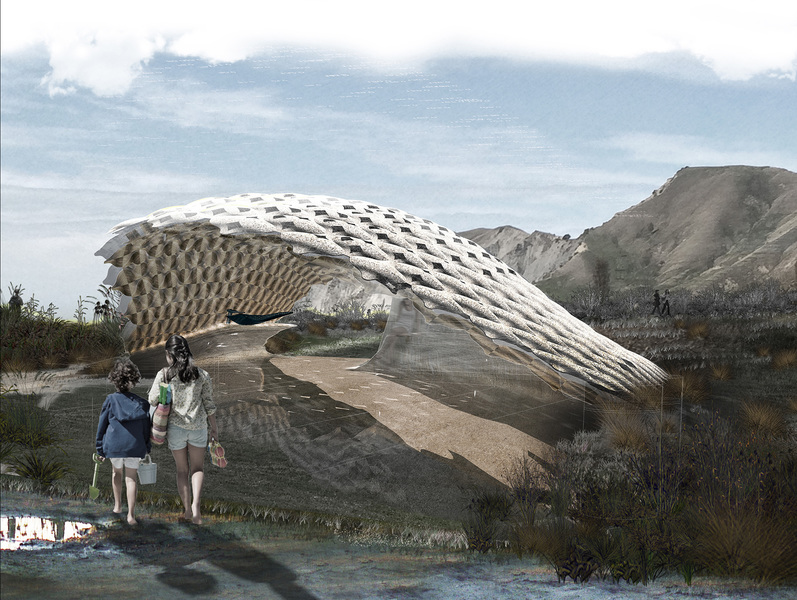 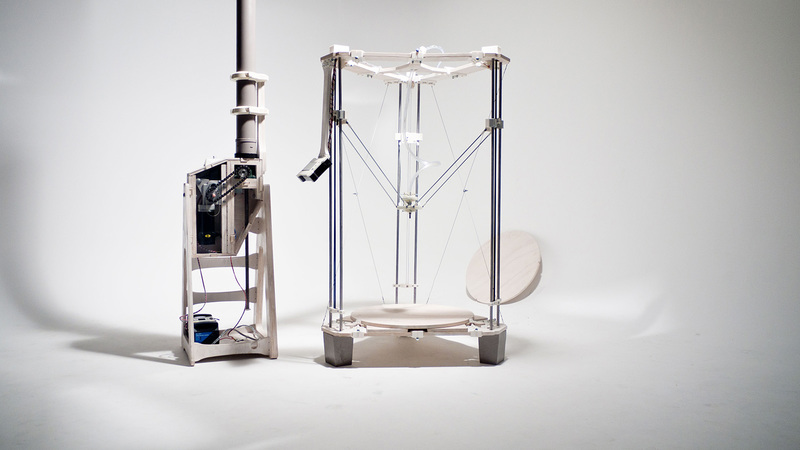 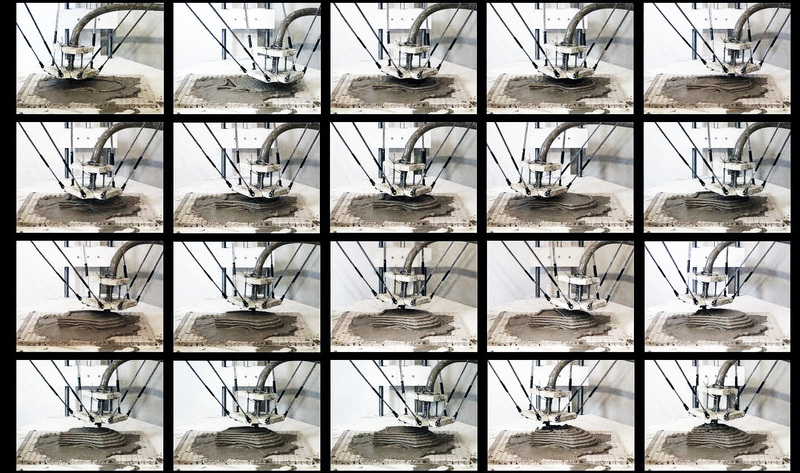 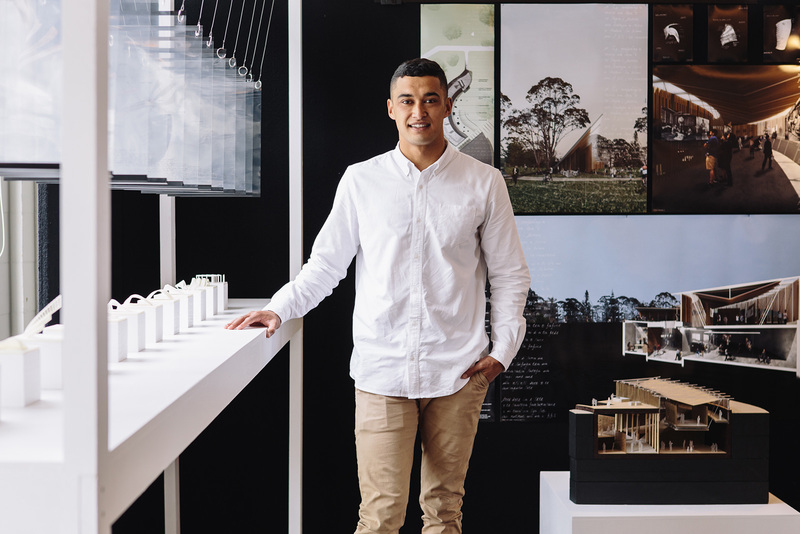 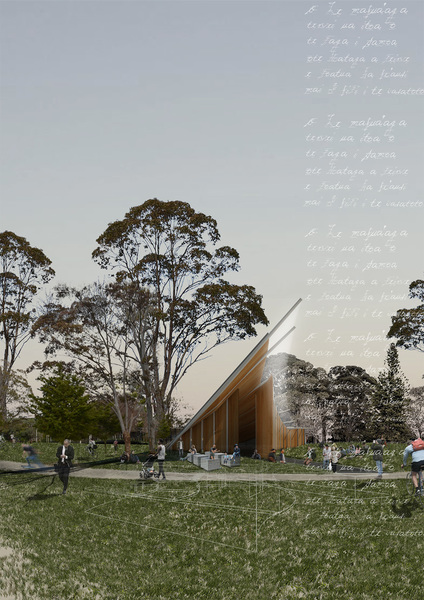 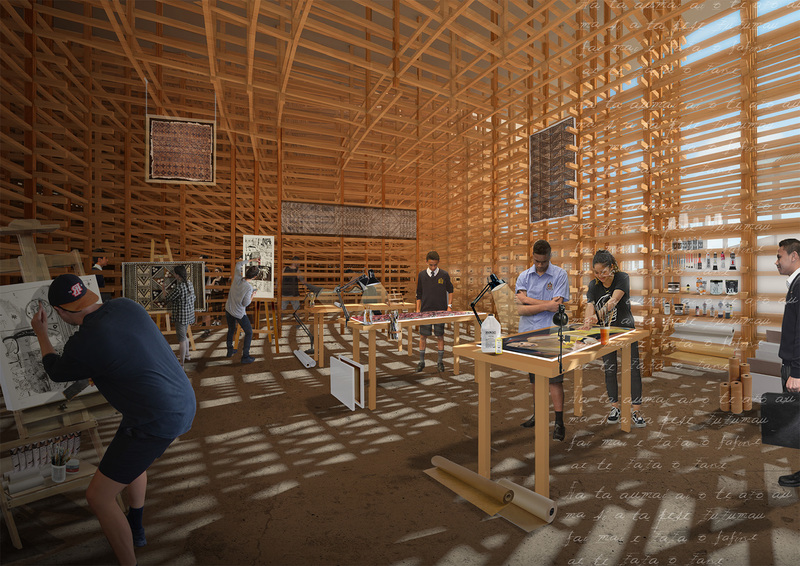 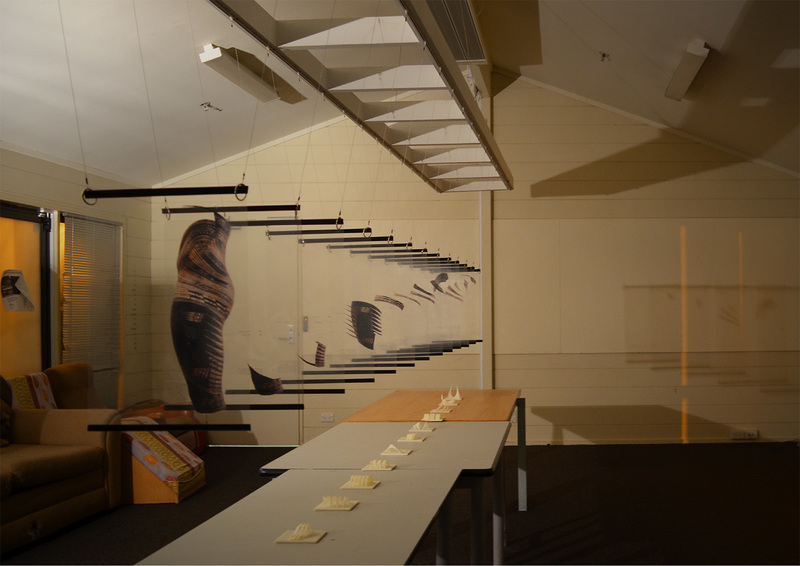 3:06 The Drama Hour - Fair Winds to the South Seas

On the 13th of December 1642 seamen aboard one of the Dutch East India Company vessels engaged on an expedition in search of the fabled great southern continent, sighted ‘a large land, uplifted high’. This was the first recorded sighting by Europeans of New Zealand, and the commander of the expedition none other than the Dutch seafarer, explorer and merchant  Abel Janzoon Tasman.

Fair Winds to the South Seas by Brian Millard is a dramatized documentary on the life and career of Tasman.

The production was recorded by Ian Gordon and directed by John O’Leary.