Standing Room Only for Sunday 8 November 2015

12:40 A new perspective on toy dinosaurs

In Lost World, sculptor Gregor Kregar combines has created large stylized bronze dinosaurs based on cheap plastic dinosaur toys. Gregor Kregar's interest in dinosaurs was sparked by observing his four year old's fascination for these creatures. Intrigued by reading him dinosaur books before bed each night and finding plastic replicas all over the house, he decided to bring these prehistoric animals to life. 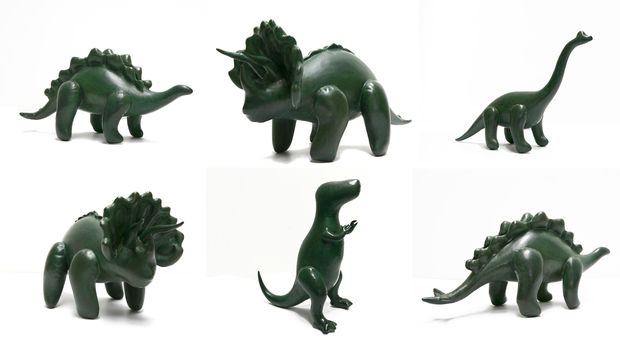 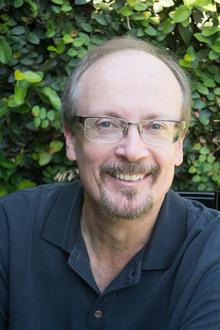 Grant Moran has been a highly respected writer, producer, executive, and creative consultant for more than 20 years. He's in New Zealand as a guest of the Animfx seminar held in Wellington. Grant worked for Warner Brothers Animation on its hit series Animaniacs, Batman, and The Sylvester and Tweety Mysteries and while at Nickelodeon, he worked on the popular series Rugrats and Jimmy Neutron: Boy Genius, among others. Currently, he's writing for Marvel Animation's Guardians of the Galaxy and HiT's Little People, story editing Thomas Edison's Secret Lab for Genius Brands, and developing projects for Toei and Red Rover as well his own original series Rat & Pigeon, Beast Force 5 and Coyote Cantina.

Hedda Hopper is all but forgotten now - the woman with the crazy yats who dished the dirt on the stars. But she was also the most feared person in Hollywood, and one with a political agenda. Now she's back - in two movies: Trumbo is about the Hollywood Blacklist - Hedda's played by Helen Mirren - while the Coen Brothers' Hail, Caesar! has a Hopper character played by Tilda Swinton. One person who's delighted at Hedda Hopper's revival is Jennifer Frost - Associate Professor in History at the University of Auckland, who wrote the book Hedda Hopper's Hollywood: Celebrity Gossip and American Conservatism.

1:50 Ceramics of the future

This year's Portage Ceramics Award judge is renowned Irish ceramic artist Ingrid Murphy, who's exploring how new technology can create new ways to work with clay. She's particularly interested in exploring the potential of ceramics through digital technology and interactivity. Ingrid works at the National Centre for Ceramics in Wales at the Cardiff School of Art and Design, and is also in New Zealand for the Auckland Festival of Ceremics. 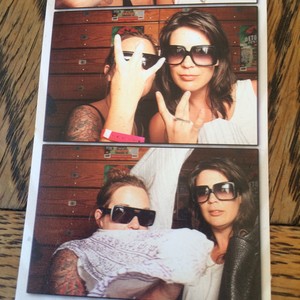 Katie Macrae has been promoting musicians with sister Lucy through their Chicks That Scream touring agency and more recently Mystery Girl for years. If you've enjoyed a night out watching a touring band there's a good chance you've got the Macraes to thank. Recently they've branched out to bringing international comics and previous Laugh Track guests Beth Stelling, Joe Mande, and Esther Povitsky to New Zealand. Ahead of the next show Katie is organising (Duncan Trussell and Johnny Pemberton at The Tuning Fork) she shares her personal comedy favourites from Beth Stelling, impressionist Jon Culshaw, Bill Hicks, and Basil Brush with Lulu.

New Zealand has an abundance of design talent, but for many graduates there are limited opportunities. So Massey University's College of Creative Arts is looking at ways of providing opportunities that can help fast track their student's careers in a competitive industry. Sonia Sly headed to Massey's textiles department to meet third and fourth year students who are pushing creative boundaries.

In the rural town of Waitapu, sisters Rowena and Ruby have a tough upbringing and consequently choose very different paths.One stays and one leaves but during the course of the stories, which cover decades, they will eventually reconnect. Helen Waaka has written a book full of short stories based in and around a fictional town populated by endearing and disturbing characters. Waitapu is published by Escalator Press.

Expat writer Martin Edmond has a crystal clear memory of his childhood growing up in small town New Zealand, and he shares those memories with us in his memoir The Dreaming Land. Martin is this year's Michael King Fellow and while he's lived in Australia for years, he often writes about New Zealand. In The Dreaming Land, he writes frankly about his family and community life rural New Zealand in the 1950s and 60s. The Dreaming Land is a BWB Books publication.

The Drama Hour features The Private War of Corporal Cooper by John Broughton, a drama based around the correspondence between a Dominican Nun and a corporal serving with NZ Rifle Brigade during WW1, as well as an interview with Hilary Halba about the Talking House Verbatim Tour 2015.