Standing Room Only for Sunday 15 November 2015 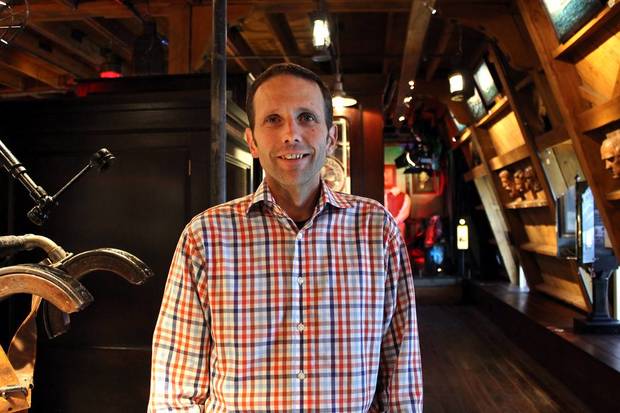 12:40 The case for museum display cases

Wellington Museum has just unveiled its brand new exhibition space, The Attic, up the top of the waterfront building. Like an attic in a house, it's crammed full of old objects, from stuffed lions to clothing belonging to past VIPs. David Waller David Waller is Head of Exhibitions and Collections at Wellington Museum and has faced many logistical challenges designing the new exhibition space so that all the objects are displayed to their best advantage, while protecting them from light and dust.

The late Bruce Mason was one of the pioneers of the era of professional theatre in this country. He wrote, performed and toured his plays - here and overseas - as well as being a fearless theatre reviewer. Now an unknown Mason TV script has been unearthed during research for a book about the playwright's large body of work over 50 years. John Smythe and Bruce's daughter Belinda Robinson discovered the short allegorical play as they went through his papers - which also revealed a personal secret. Bruce is probably best known for his solo play End of the Golden Weather which he performed around the country and which was turned into a feature film. But The Plays of Bruce Mason reminds us just how many plays he wrote and how well he portrayed this country's people and issues.

Te Papa's curator of photography Athol McCredie hopes that a new book and exhibition of photographs from the museum's extensive collection will not only put some faces to famous names, but also encourage more people to donate their own significant photographs to the museum. Many of Athol's selection of New Zealand Photography are previously unseen, and often with no clue as to who originally took them. The range is extensive - from art photography and portraits to private snaps, to the occasional prank. 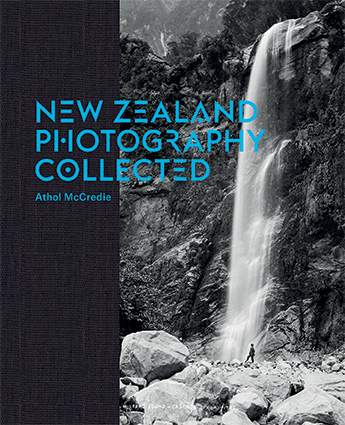 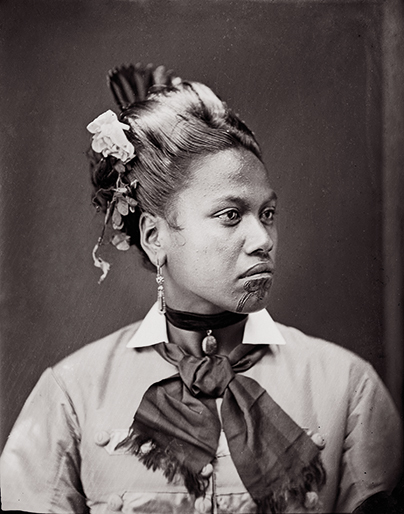 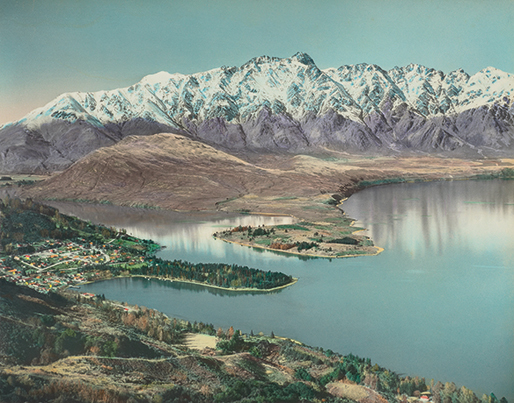 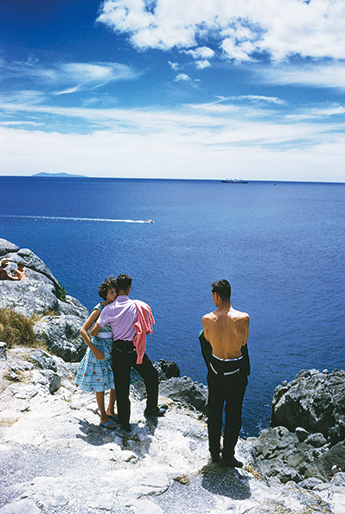 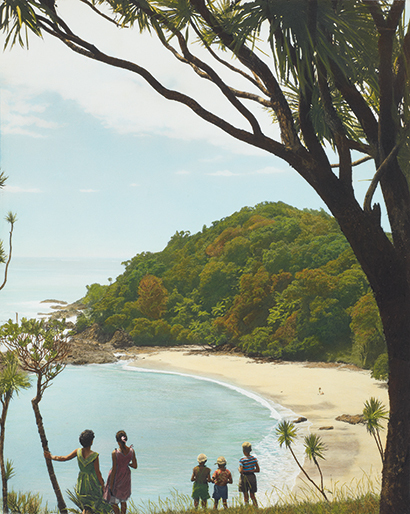 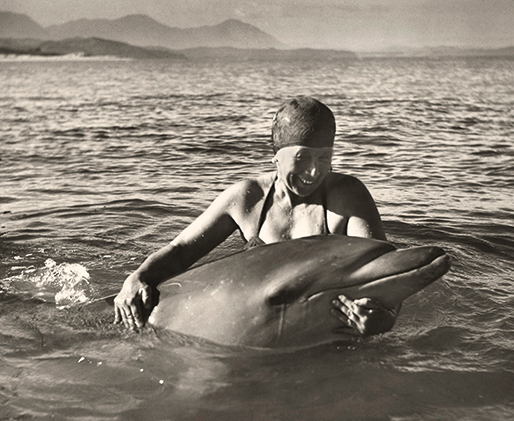 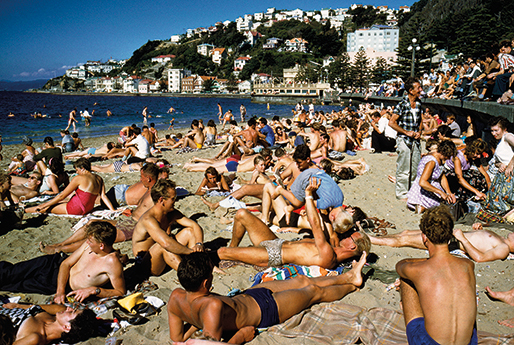 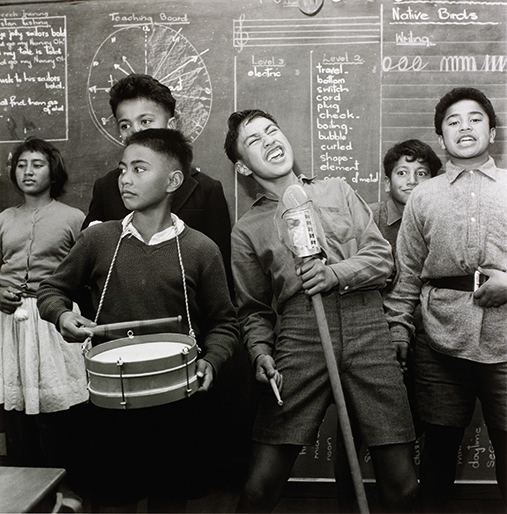 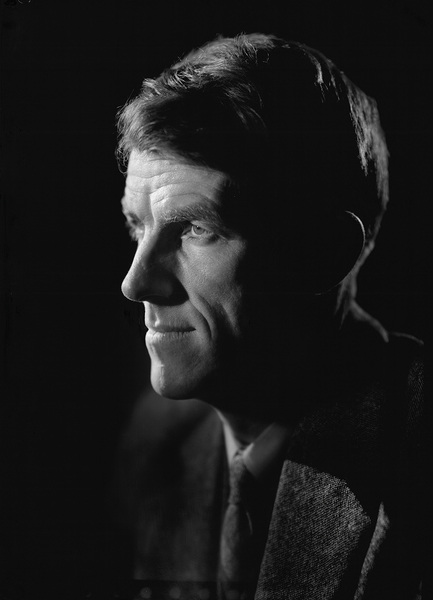 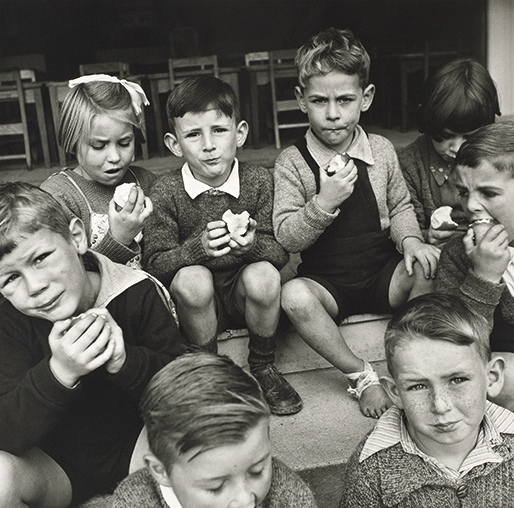 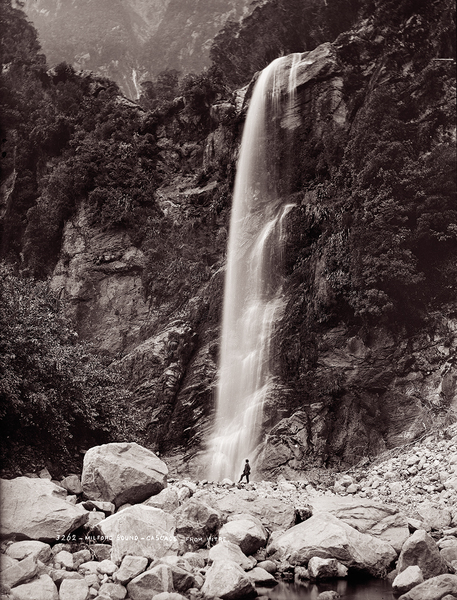 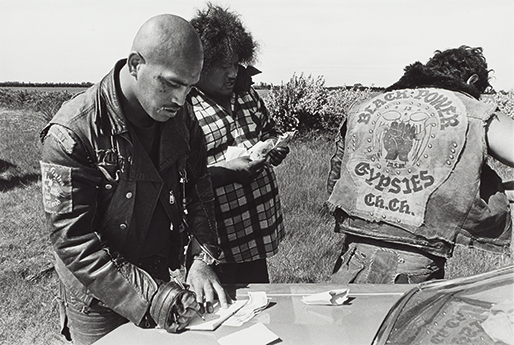 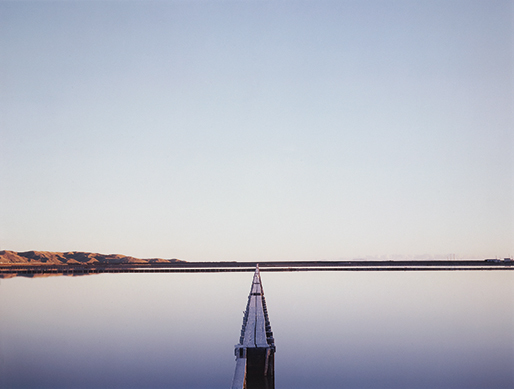 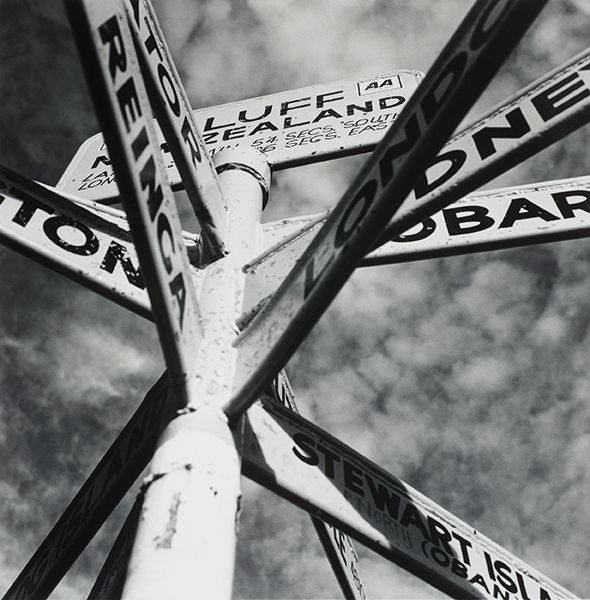 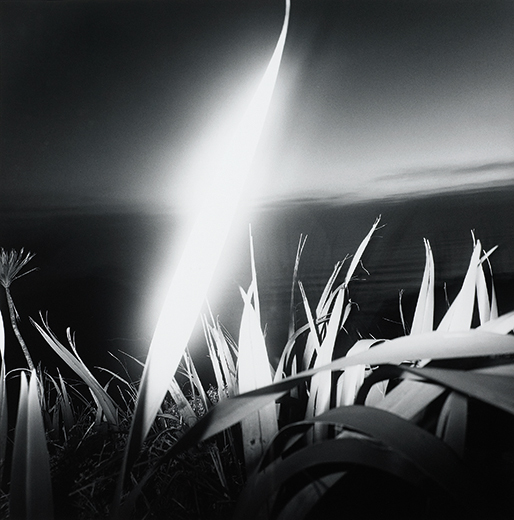 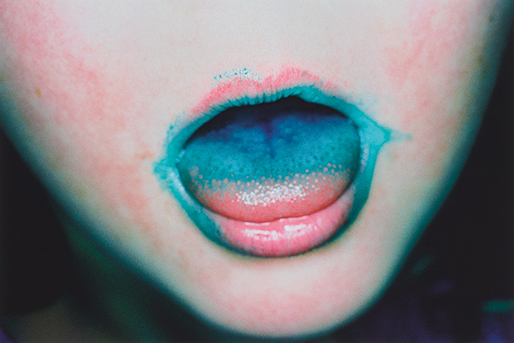 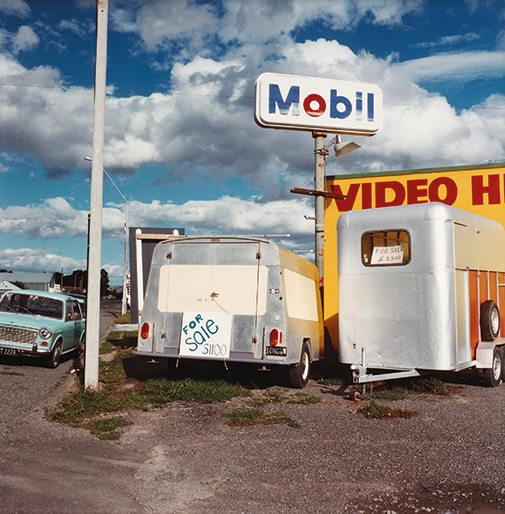 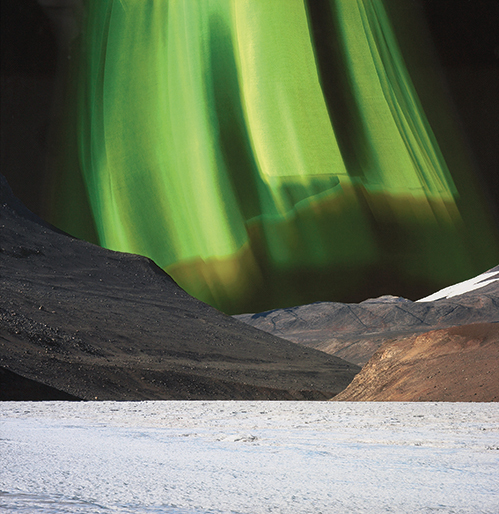 The words of 14 New Zealand poets have been set to music in a song cycle called Shaky Places. Poet and member of the Capital Choir Rachel McAlpine chose the poems, a mix she says of the powerful and the profound. The Choir's director Felicia Edgecombe is also a composer so she took on the job of putting the words to music. On SRO Felicia joins and choir member Geoff Robinson who's reading the poems as part of the concert called Shaky Places. 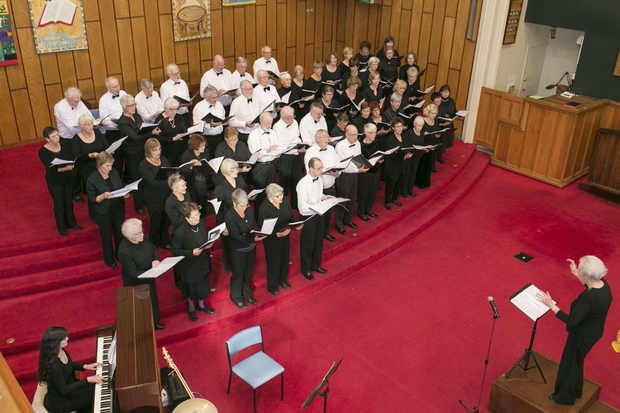 Chaz Harris is an award-winning filmmaker originally from the UK where he worked as part of the development team at Miramax Films and under Oscar-nominated Producer Alison Owen (Suffragette/Saving Mr. Banks/Elizabeth). Moving to New Zealand in 2006, he was a finalist for SPADA New Filmmaker of the Year Award in 2007 for his short film The Shoe Box which featured Dame Kate Harcourt and Annie Whittle. Chaz then went on to create comedy web series 101 Dates in 2010 which screened at the 2011 Los Angeles Web Series Festival winning 7 awards including Outstanding Comedy Series. He followed that with the family fantasy short film Broken Glass in 2012 tackling the subjects of bullying and domestic violence. Both his short films have been screened on Rialto Channel and he is currently a Producer on anthology feature film Encounters being made through Oneshot Collective.

On the Laugh Track he's playing short clips from a range of award winning New Zealand web series including his own, End of Term. Back home in Auckland after 15 years away, artist Rosanna Raymond was unpacking boxes when inspiration for her next work arrived. As she removed a fine bone china tea set, she thought; "better have a high tea ceremony…with savages!"Since 2010, Rosanna has been creating art under the name of the SaVAge K'lub, a multi-disciplinary installation and performance vehicle built to discuss ideas of space, hospitality and what it might mean to be a savage in the 21st century. Their latest performance, a tea ceremony at Auckland's St Kevin's Arcade, invited the public to join Rosanna and a tribe of artist to share fancy teas, cakes, dancing, poetry and performance of all kinds.As Rosanna tells Justin Gregory, the aim was to 'institute the non-cannibalistic cognitive consumption of others.'

Deborah Challinor's  five times great grandmother was sent to Parramatta Female Factory in Australia for stealing silk handkerchiefs.That interest in convict history is behind one of Deborah's most popular series of historical fiction novels.

"The Convict Girls" concludes with the latest book A Tattooed Heart, which reunites female characters who've created new lives for themselves in Australia after serving their sentences.

Deborah Challinor's had six number one bestsellers in New Zealand. She combines thorough historical research - to the point of dressing in period costume - with strong female characters.A Tattooed Heart is published by HarperCollins.

Tessa Petersen is the Dunedin based Southern Sinfonia's 11th Concertmaster since it began in 1966. She was also its 9th back in 2006 before heading overseas. Over her career, Tessa has performed as orchestral player, concertmaster, soloist, chamber musician and violin/piano duo recitalist in festivals and concerts in the UK, Europe, Caribbean, Middle East, Asia and the USA. Tessa was just16 when she first joined the orchestra as a member of the violin section, and after that she rose through the ranks to be Principal of the Second Violins while a student at Otago University. Her first performance as the appointed Concertmaster will be in December this year, on Tuesday 8th, when the orchestra joins City Choir Dunedin for their performance of Handel's Messiah in the Dunedin Town Hall.