Connie Radar is going to Comic-Con. The cult comic book heroine has her own film, called Over The Moon, which has been selected for showing at the enormous Comic-Con International Film Independent Festival. Director James Cunningham shot the short with 15 of his Media Design School animation students.

Simon Morris and International Film Festival director, Bill Gosden launch this year’s programme and give an overview of some of the best films of 2014.

Ballet is back, and in a big way for big kids. Adult participation in ballet is well up on previous years and while some have come back to it after training as a child, many are first timers. What compels a full grown human being to take up the tights? Justin Gregory decided to have a lesson with dance legend Mary-Jane O’Reilly. 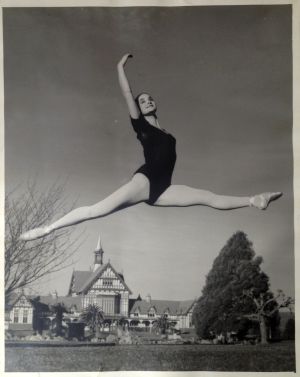 Brisbane-based artist, Grant Stevens went to fine arts school (QUT) because he was good at drawing. Years on he's come out the other end having lost his knack with a pencil, because he's too busy playing with the one thing that makes him the most uncomfortable – words.

Carefully chosen dialogue and text extracted from film, popular culture, social media and blogs are a feature of Grant's work, where he compiles and animates clusters of text. In his video entitled Supermassive, white words emerge from darkness like flashes of subconscious thoughts or fragments of an internal monologue. Topics range from simple pleasures, to periodic tables, super foods and pet hates. Even items from the menu of his favourite restaurant make an appearance.

Interestingly Grant uses 'screens' as his medium to communicate the very predominance of them in our daily lives.  They've become ubiquitous – essential tools for how we communicate; we watch screens, read from them, talk to them via our smart phones, we use them to access all manner of information from factual to frivolous and everything in-between. But while these 'screens' impact our daily lives and our behaviour, Grant asserts that he's not taking a positive or negative stance in his work, but merely exploring the 'new reality' that we now have in front of us.

Rules are made to be broken; or so say local Indian Theatre group Prayas. In their latest show, Charandas Chor: The Honest Thief, they’ve decided to throw the book out the window and do it their way. Especially when it comes to the live music in the show. Band leader Sayanti Chatterjee demonstrates for Standing Room Only. 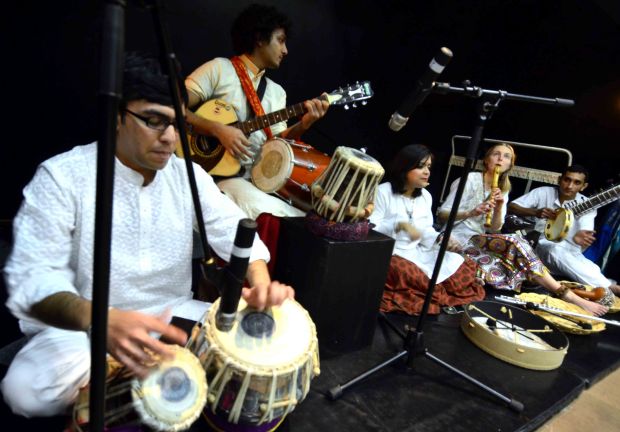