Standing Room Only for Sunday 6 April 2014

We dip into the mad world of 48-hour film-making – the 12th year people around the country have made mini movies in just two days. We hear from last year’s grand champions, Traces of Nuts, about their preparations for the event.

12:48 Tribute to the Pike River Miners

Dave Dobbyn brings us up to speed with one of his toughest songwriting assignments – a tribute to the men who died in the Pike River Mine, which will be song by the Orpheus Choir.

1:41 The results of this week’s competition and we reveal the next one

A major exhibition of indigenous Australian art has just opened in Auckland. My Country: Contemporary Art from Black Australia is on at the Auckland Art Gallery and has nearly 100 works by forty Aboriginal and Torres Strait Islanders. It’s been programmed to run at the same time as the gallery’s Five Maori Painters exhibition, which Standing Room Only discussed last month. Justin Gregory wanted to know why they were on at the same time and what they had to say to each other. He spoke to Australian artist Vernon Ah Kee about his work in the exhibition, neither pride nor courage, a large-scale painting using photos of Vernon’s then 4-year-old son and also archival images of his great grandfather.

An Auckland troupe, FanFiction Comedy, looks at how fans publically pay tribute to their literary heroes.

One of Australia’s most in demand graphic designers, Vince Frost, from Frost* Design on latest design trends, why you should never refer to his work as beautiful, and some tips on creating a new New Zealand Flag.

One of this country’s best-selling authors, Jenny Pattrick, who immortalised the mining township of Denniston in The Denniston Rose. This time she creates a township on the Central Plateau, a part of the country very dear to her heart. Heartland is published by Black Swan. 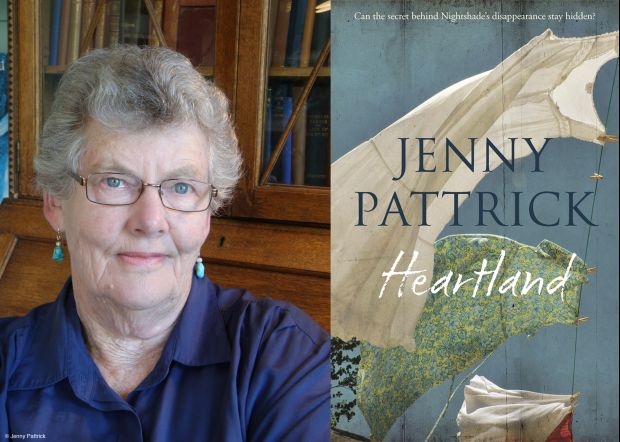 The S3D 2014 experimental musical instrument builders and improvisers mini-fest gathered like-minded makers and musicians from here and abroad at the Audio Foundation in Auckland. Workshops, show-and-tells and improvised musical creativity were the name of the game. Curator Phil Dadson tells Justin Gregory that inventing your own instruments also allows you to also invent your own sounds. 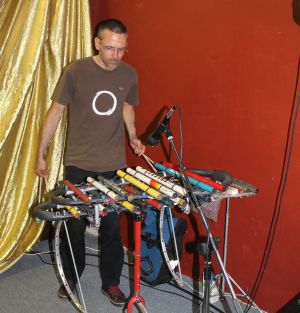