Standing Room Only for Sunday 9 March 2014

12:43 Results From our First Competition

We announce the winners and runners up in the inaugural Standing Room Only Competition, the Beatles Drama. They will be on our webpage from Monday morning.

The Hawke’s Bay Opera house has been closed due to earthquake risk, despite millions being spent on strengthening work less than a decade ago. So what do Councils have to consider when deciding how much ratepayers money to pour into cultural venues? And what will new legislation going through readings in Parliament, mean for councils and ratepayers. President of Local Government New Zealand, Lawrence Yule, discusses these and other issues.

Oscar-winner Her – the story of a man falling in love with his computer.

1:31 Australian director of The Rocket Kim Mordaunt talks about filming in Laos. 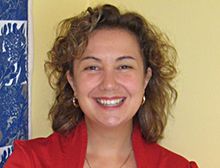 Writer Tina Makereti grew up knowing she had a Moriori ancestor, and that got her wondering what it means to be Moriori today. She’s poured her research and her thoughts into her novel, Where the Rēkohu Bone Sings.

Dunedin-based Scot Liam McIlvanney talks about the difference between crime and detective novels, why Scotland produces so much great crime writing, his own literary detective creation who’s in fact a journalist, and Scottish references in James K Baxter’s work.

With demolition and construction going on all around, the urban soundtrack of Christchurch has been a bit monotonous of late, but Audacious, a sonic arts festival held in the city last weekend, had a go at changing all that. Interactive installations, workshops, interventions, performances and sound walks were all over the downtown area as artists from here and abroad resonified the rebuild. Justin Gregory was there and he spoke to organizer and sound artist Jo Burzynska. Jo’s own work returned a lost sound to the inner city.

A Folded Path is a pedestrian speaker symphony composed for especially Christchurch by members of UK collective Circumstance. They describe it as “a soundtrack for the city, carried through the streets by a participating audience, experienced by everyone it passes”.

A new serial, set during the Arab Spring, The Reluctant spy

The Auricle (Web only, not broadcast)

For a long time Christchurch has boasted a thriving sonic arts community and with the opening of The Auricle, it now has a place where they can play. The Auricle Sonic Arts Gallery and Wine and Sound Bar, to give it its full name, is the South Island’s only gallery dedicated to the work of sonic artists – and quite possibly the only bar in the country where the wine you drink is curated to and enhanced by the sounds you hear. Malcolm Riddoch and Jo Burzynska are the gallery’s directors. Justin Gregory met with them during Audacious Festival of Sonic Arts, based at the gallery and asked Jo to explain the “wine and sound bar” concept.