The Wilco frontman and author of the 2018 memoir Let's Go (So We Can Get Back) speaks to Kim Hill ahead of his visit to the Auckland Writers Festival. 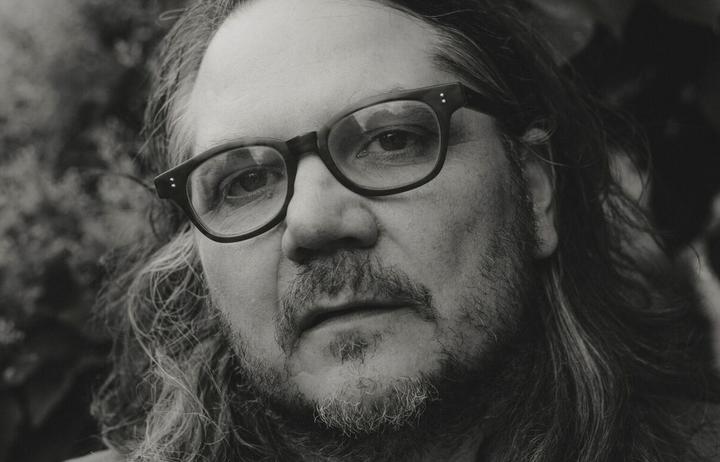 Songwriter Jeff Tweedy waged a 30-year battle against "drugs, alcohol and in-fighting to become one of the US's most revered musicians", according to The Guardian.

Later this month, he'll be talking about his 2018 memoir Let's Go (So We Can Get Back) at Auckland Writers Festival, as well as appearing as part of the festival's True Stories Told Live event.

"I was brought up to think that almost anything I had to say was going to be listened to. There was some overwhelming sense of wellbeing in being able to share vulnerabilities. I wasn't really made to feel like it was a weakness, I was made to feel it was normal to share my insecurities.

"At some point, I realised that a lot of people spend a lot of energy hiding a lot of those things. I was a little more self-conscious about it in high school and thought it made me less of a man or something, but it's so ingrained in me to share that stuff.

"I think everybody who spends a lot of time ignoring those feelings and hiding them is doing themselves a deep disservice and probably a lot of emotional damage is being done internally to try and avoid that."

"It's a public health crisis that actually could be solved pretty easily but it's not being solved because there's too much money to be made, I suppose.

"Before the epidemic, they used to put a pretty firm cap on how many of these types of medications could be manufactured - they don't do that anymore.

"If everybody [in America] had health care there would be a lot more opportunities for people to go and get help when they are struggling with addiction.

"As it stands right now, the crisis isn't just that they're addicted, the crisis is they have no way of getting help. It's expensive to get help… there are very few beds."

On once stealing morphine from his wife's dying mother:

"I have a pretty solid understanding of how that happened now which gives me some comfort that it's not something that I'm capable of now or would ever be again.

"Almost all drug addicts are sociopaths. You lie to yourself and it becomes easy to lie to everyone else because you're living in a fictitious world.

"You have to be honest with yourself to be successful in being sober and staying healthy psychologically… You have to practise rigorous honesty, as they say. And the sociopathy tends to evaporate when you're not compelled to find drugs and places to do drugs."