This Saturday Morning, Noelle McCarthy stands in for Kim Hill. She starts the morning talking to one of the most recognisable immersive journalists of the television age, Louis Theroux; Elisha Watson marks upcoming World Refugee Day by talking about the business she's built with refugee in women in Wellington - underwear for women, and soon, for men too;  the grandson of the founder of the Faber & Faber publishing empire, Toby Faber, reveals what lay behind discovering some of the titans of modern literature; artist Ronnie van Hout has built an imposing new work for Auckland's Potter's Park - Boy Walking; Spanish filmmaker Almudena Carracedo's new work looks at the 'pact of forgetting' the country enacted after the Franco dictatorship; Irish playwright Enda Walsh on his famous stage adaptation of the hit movie Once, which is coming to Auckland shortly; and Natalie Wynn, the creator of the popular youtube channel Contrapoints, on combining philosophy, comedy and theatre in the service of political discussion.

He has specialised in immersing himself in the world of his subjects, whether they be neo-Nazis, drug addicts, religious fanatics, or those accused of sexual assault.

Theroux is coming to New Zealand in January next year for a one off event called Louis Theroux Without Limits - live on stage, details here 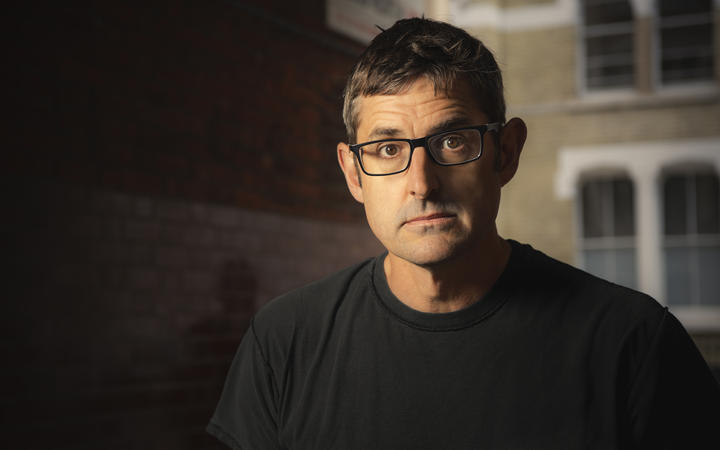 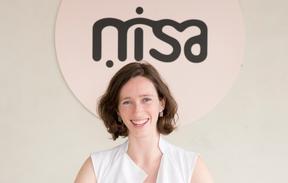 Originally a litigation lawyer, Elisha Watson is the founder of Nisa, an underwear label that employs former refugees in Wellington.

She was inspired to start the social enterprise through volunteer work with the Red Cross helping resettle recently arrived refugees.

Bonding with some of the women over a shared love of sewing, the concept of Nisa, a social enterprise catering to former refugees with limited English but a wealth of sewing skills, was born.

The company's opened a workshop and retail store in the Wellington CBD, where customers can see their underwear being made in front of them by Nisa's five employees. This year, Nisa's crowdfunding to launch a men's underwear line. 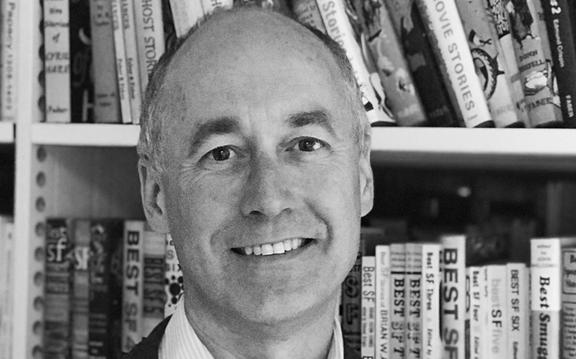 As the grandson of Faber's founder, Toby Faber grew up steeped in the company's books and its stories. He was Faber's managing director for four years and remains a non-executive director and chairman of sister company Faber Music.

He has written two celebrated works of non-fiction, Stradivarius and Faberge's Eggs, and now, Faber & Faber: The untold story, which he will discuss with Noelle.

Toby Faber is touring in New Zealand in July-August as a guest of the Decorative and Fine Arts Societies of NZ. He'll also talk in Auckland and Wellington. 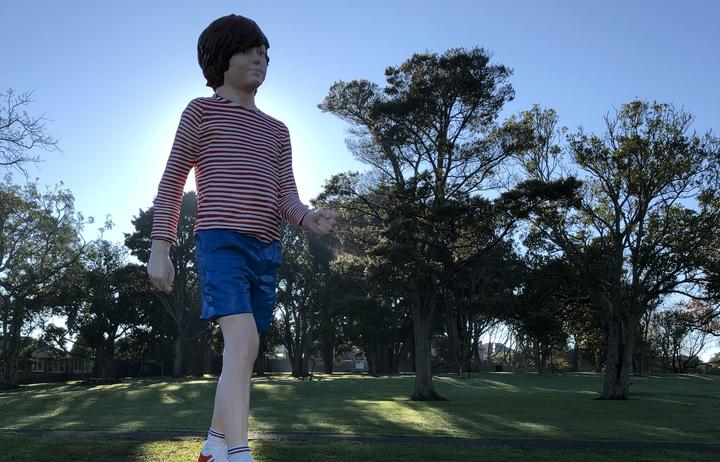 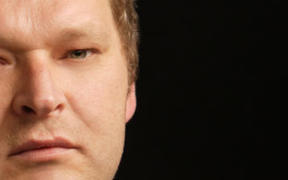 This week, a work of public art called Boy Walking has taken its place in Potters Park in the suburb of Mt Eden in Auckland.

It was made by New Zealand-born, internationally-acclaimed artist Ronnie van Hout, and depicts a 5.6 metre tall child.

Now based in Australia, van Hout lived in the Mt Eden area near where the statue is situated in his late twenties and early thirties, and remembers children playing in Potters Park.

Boy Walking will join the city's smallest work of public art by John Radford called The Sound of Rain, a tiny house with a whimsical crooked chimney in the north-west corner, a playground and an apple grove - also in Potters Park. Boy Walking is funded by Auckland Council's regional public art capital programme. 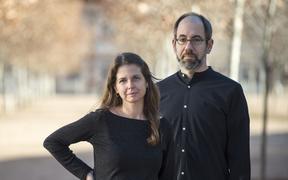 Almudena Carracedo is an Emmy award-winning filmmaker. Born and raised in Madrid, she has built her career as an artist and filmmaker in the US.

Her debut film Made in L.A, a feature-length documentary won an Emmy and received critical acclaim. In 2012 she returned to Spain to begin work on The Silence of Others, which she and Robert Bahar filmed over six years.

The film follows follows victims and survivors in an urgent battle through a ground-breaking international lawsuit to try and fight a state-imposed amnesia, El Pacto del Olvido ("the pact of forgetting") relating to the torture and muder of an estimated 100,000 during Franco's dictatorship.

The Pacto del Olvido was seen as a necessary step to prevent score-settling in Spain after the dictatorship.

The Silence of Others is part of the Doc Edge film festival, and screenings remain in Wellington. 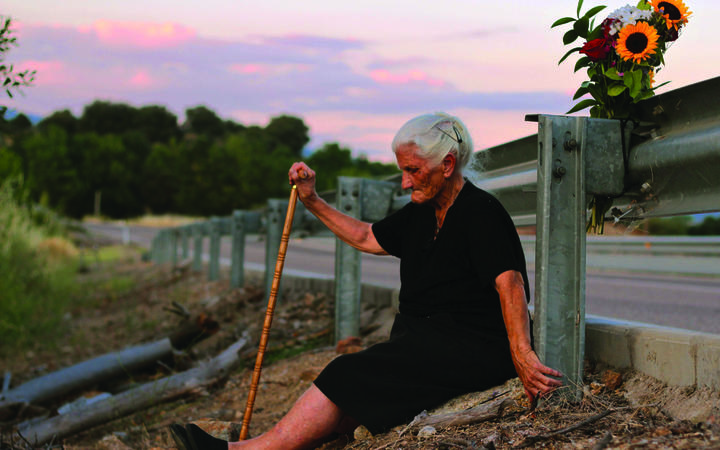 A scene from 'The Silence of Others' Photo: Supplied / Doc Edge 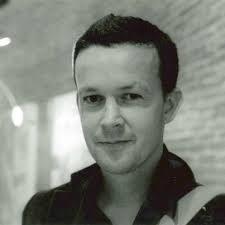 Enda Walsh is a multi-award-winning Irish playwright. His work has been translated into over twenty languages and has been performed internationally since 1998.

Walsh is the author of five Edinburgh Festival Fringe First Award-winning plays, including Penelope, The Walworth Farce, and The New Electric Ballroom.

He also co-wrote the film Hunger, which won the Camera d'Or award at the Cannes Film Festival. He won a Tony Award in 2012 for writing the book for the musical Once, about the romance between an Irish street musician and a young Czech immigrant, which went on to play on Broadway, in the West End and a US tour.

Once is about to be performed in New Zealand at the ASB Waterfront Theatre, details here.


1105 Natalie Wynn (aka ContraPoints) - the 'Oscar Wilde of YouTube'

Natalie Wynn aka ContraPoints, is a youtube video essayist and political philosopher who seeks to examine, counter and play with internet and popular culture.

Her videos, which have gathered over 8 million views, use comedy, camp and a parade of characters to communicate her analysis of hot button topics such as the rise of the alt-right, white nationalism, gender, incels and Jordan Peterson. 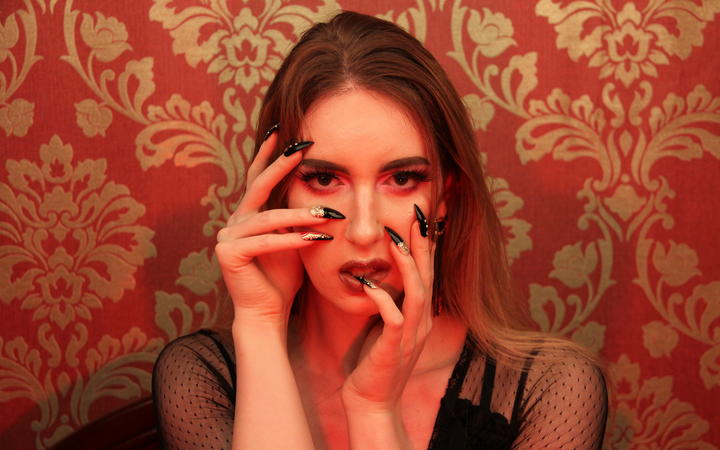 The Journalist And The Murderer

Song: There is a Light That Never Goes Out
Artist: The Smiths
Played at: 8:36