This Saturday: Kim speaks to British former Tory politician Michael Portillo, whose televised railway journeys have proven a huge hit for the BBC; Professor Merryn Tawhai on her world-leading lung modelling - which may help figure out what normal aging in the lungs looks like; star of the hit linguistics podcast The Allusionist, Helen Zaltzman; world darts impresario Barry Hearn, ahead of the Auckland Darts Masters in early August; Australian author Jessie Cole on her heart-wrenching new memoir Staying;  and a year of some personal troubles and many professional triumphs for soul songstress Karoline Tamati, otherwise known as Ladi6. 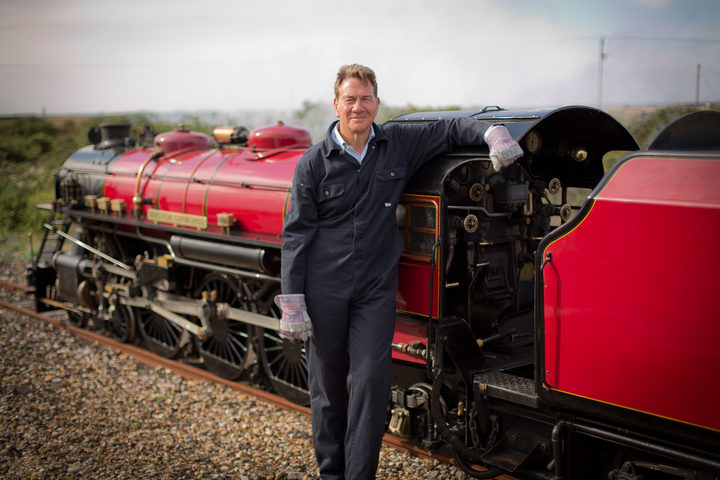 Michael Portillo is a British journalist, broadcaster, former MP and Conservative Party cabinet minister. A strong admirer of Margaret Thatcher, and a Eurosceptic, Portillo served as a junior minister under both Thatcher and John Major, before entering the cabinet in 1992. He unexpectedly lost the hitherto safely Conservative Enfield Southgate seat at the 1997 general election, leading to the coining of the expression "Portillo moment" (a sudden and significant change in political fortunes).  He left politics at the 2005 general election, and has since pursued his many media interests, including presenting Great British Railways Journeys, season five of which will premiere on New Zealand's Sky Channel 17 (The Living Channel) from June 30. 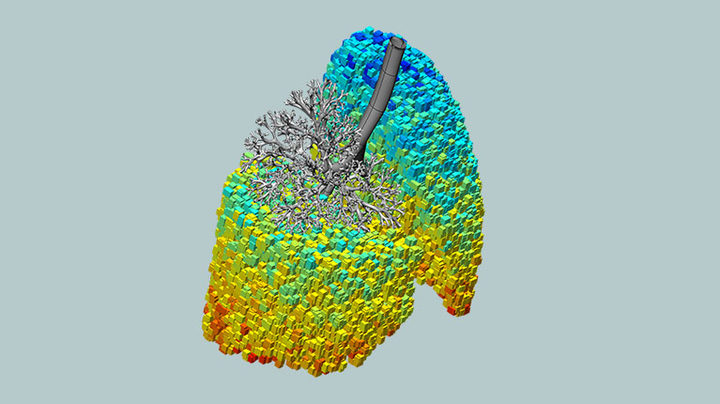 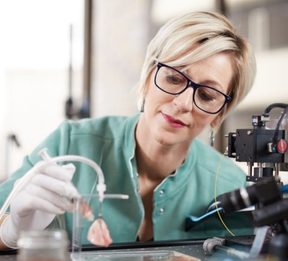 Professor Merryn Tawhai graduated from the University of Auckland with a PhD in Engineering Science in 2001. At the Auckland Bioengineering Institute she has established a research programme in applied computational physiology of the lung that helps in our understanding of pulmonary disease. She was the inaugural Maurice Paykel Postdoctoral Fellow and has been a recipient of RSNZ Marsden Fund, National Institutes of Health, Health Research Council of New Zealand, and MBIE grants. Tawhai was awarded the MacDiarmid Medal at the 2016 New Zealand Research Honours for her work in creating anatomically detailed models of the respiratory system.  She will shortly be giving the second tranche of public talks about her work throughout New Zealand, hosted by Royal Society Te Apārangi, details here. 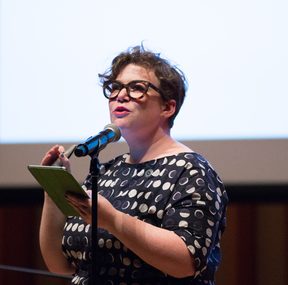 Helen Zaltzman is a British broadcaster, podcaster and writer. She started podcasting in 2007 with collaborator Olly Mann, the pair producing Answer Me This! in Zaltzman's living room in her south London home. Answer Me This!, now a monthly podcast, won a slew of awards including being named as one of the world's top 10 podcasts by The Guardian. In 2015, Zaltzman struck out on her own with a linguistics podcast, called The Allusionist, which has also gone on to win plaudits. She is bringing The Allusionist stage show to the National Library in Wellington (July 16) and to Auckland (July 19). 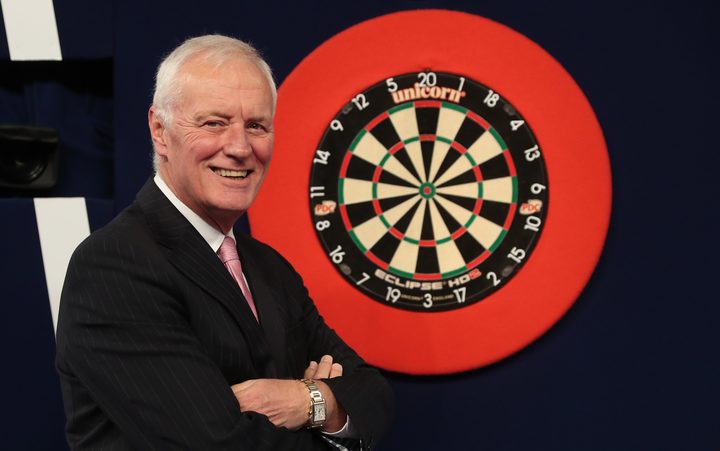 Barry Hearn is Chairman of the Professional Darts Corporation (PDC) which runs a number of competitions, including the World Darts Championship. He is considered to be the brain that turned darts from a pub game to an international sport with an audience of millions. Hearn is also the promoter behind huge boxing events and boxers including Anthony Joshua, Frank Bruno and Lennox Lewis. He's involved in promoting snooker, tenpin bowling, golf and table tennis. Hearn is the founder and chairman of Matchroom Sport which owns, manages and promotes sporting events and supplies sports programmes to broadcasters around the world, he is a regular contributor to Talksport, and the chairman of World Snooker. The Auckland Darts Masters is on August 3-5, featuring eight of the world's top PDC players, including the world number 1 - Michael Van Gerwen. 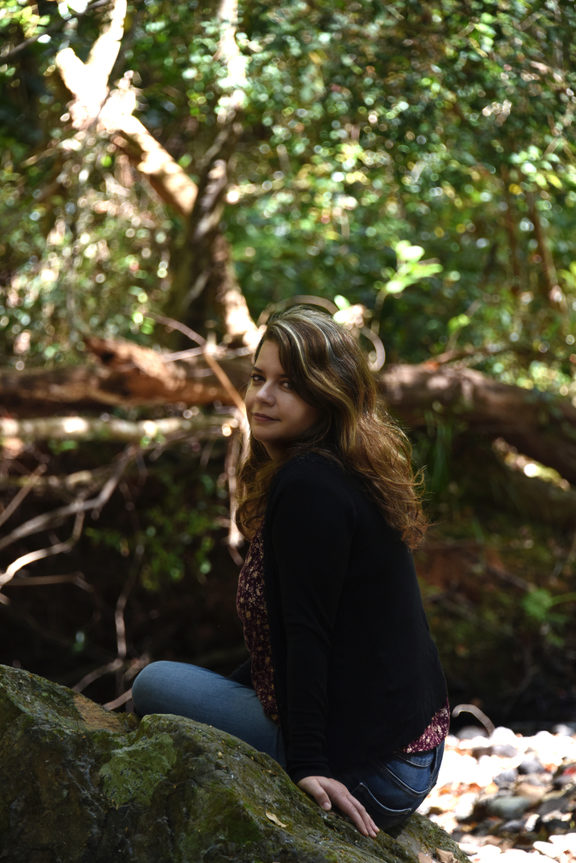 Australian author Jessie Cole had an idyllic childhood - in the late 1970s her parents left suburbia to live in an isolated part of northern New South Wales,  where Cole and her brother Jake ran free in the rainforest. When Cole was 12 her half-sister, Zoe, took her own life and her father, a psychiatrist, suffered extreme mental illness and committed suicide six years later. Staying is Cole's memoir and a story of despair, courage and healing. Cole is the author of Darkness on the Edge of Town and Deeper Water. Her work has also appeared in many Australian publications, including Best Australian Essays, Meanjin, Kill Your Darlings, Island Magazine, The Lifted Brow, Good Weekend, Big Issue, Daily Life and The Guardian. She still lives in the family home where she grew up.

Below is a list of some of the services available in New Zealand that offer support, information and help. All services are available 24 hours a day, seven days a week unless otherwise specified. This information is from the the Mental Health Foundation website: 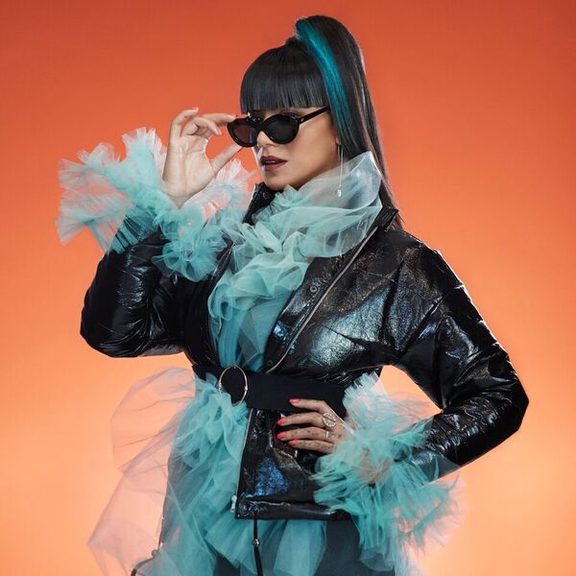 Karoline Tamati, otherwise known as the recording artist Ladi6, is a Christchurch-born and raised artist of Samoan descent. Her debut album Time Is Not Much was released independently in 2008, and stayed in the top 40 albums for 10 weeks.  Her second album, The Liberation of... was released in 2010 and went gold. Automatic followed in 2013, and now Royal Blue 3000, produced, like all her albums, with her partner Brent Park (Parks).  After an eventful year that included two separate surgeries on her vocal chords, as well as a host of gongs at the recent Pacific Music Awards, Ladi6 is in the middle of a national tour, called Outta Time, details here.

The books mentioned in this episode: