This Saturday Morning: Kim talks to Angie Meiklejohn about her traumatic - and ultimately redemptive - story of surviving years of abuse at the Centrepoint commune;  Jill Pearson, who is camped out at the Golden Bay grandstand, explains why she'll be greeting the bulldozers on Monday;  Rocket Lab founder and CEO Peter Beck on winning a Sir Peter Blake leadership award - and the company's next foray into space; Professor Helen Small explains her 'confident advocacy' of the Humanities; Professor Stephen Nichol reveals the curious life of krill; self-confessed wine geek Curtis Marsh on the adventures his 'wandering palate' have undertaken in the name of research, and the country's most famous baby-daddy-to-be, Clarke Gayford, savours one of his last weekends of as a child-free man by playing us his favourite tunes.

News today of the death of US celebrity chef and television personality Anthony Bourdain.  Hear Kim's 2010 interview with Anthony Bourdain following the publication of Medium Raw, the sequel to his 2000 memoir, Kitchen Confidential. 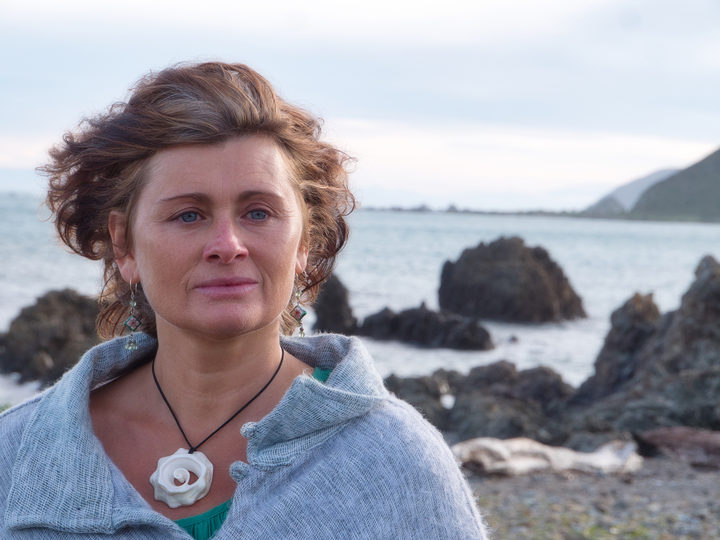 Angie Meiklejohn, along with her siblings Bonnie, Renee and Karlos, was taken by her mother to live at Bert Potter's Centrepoint Community in Auckland as a teenager, after her parents separated. Centrepoint, founded by Potter in 1977, promised  "spiritual growth" through the use of drugs and sex "therapy" sessions, often involving children. Angie, who was already a survivor of sexual violence before entering Centrepoint, says she became the 'community concubine', and she struggled for many years to come to terms with her childhood. Her experiences have now been made into a documentary called Angie, directed by Costa Botes, which will premiere at the New Zealand International Film Festival, starting July 19 in Auckland.

9:06 Jill Pearson - The stand for the Golden Bay grandstand 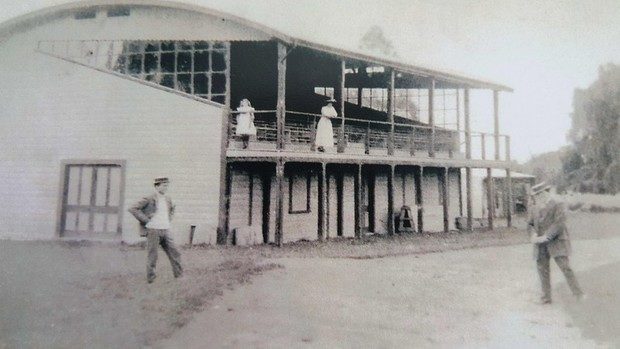 The Takaka grandstand was built in 1899 from local timber. Photo: supplied

An end of sorts is promised for the Golden Bay grandstand in Takaka on Monday June 11, when the Tasman District Council will send in its contractors to remove the historic building to make way for a recreation centre development.  But it is expected that police will also be attendance, with orders to remove groups of protesters who have fought for over two years to preserve the building in its current site. Die-hard supporters of retaining the grandstand are on-site continuously this weekend, and Kim will speak to one of them, local woman Jill Pearson. 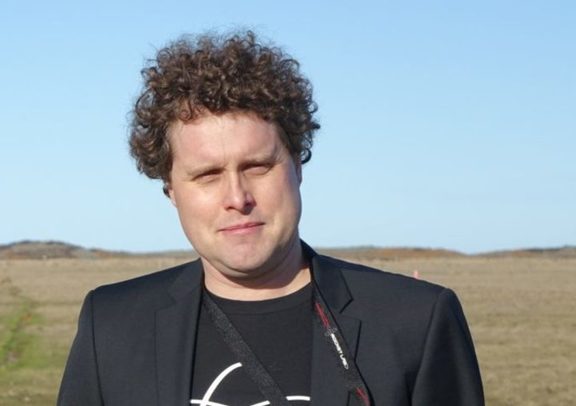 The founder and CEO of Rocket Lab, Peter Beck, is one of six medalists in this year's Sir Peter Blake Leadership Awards, announced June 8.  Rocket Lab successfully launched its first rocket into orbit in January, and now plans another in late June dubbed 'It's Business Time', with preparations well underway. If successful, it will be the company's first commercial launch. Beck talks to Kim about what the company is planning for its second major foray into space. 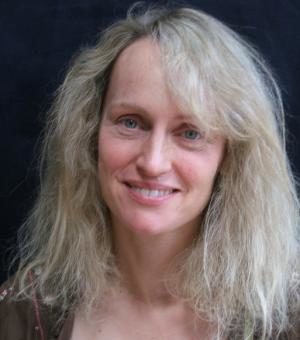 The value of the humanities (academic disciplines that study aspects of human society and culture) to society, democracy, identity, happiness and economic worth is being debated in most developed nations, including Aotearoa. New Zealander Helen Small is a Professor of English Literature at Pembroke College, University of Oxford and has written The Value of the Humanities, in which she takes a close look at arguments through the years to defend the humanities, and how valid these arguments remain in the 21st century. Small has been appointed the next Merton Professor of English Language and Literature at Oxford University. She takes up the post in October. 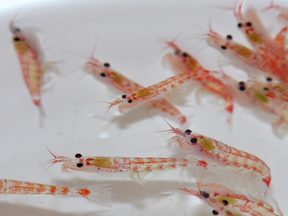 An effusion of krill Photo: supplied 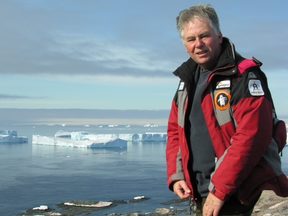 Stephen Nicol has been studying krill for 40 years and wants to set the record straight about this small, misunderstood crustacean. Not just kai for whales, krill occupy a central place in the marine food chain and are critical to life - especially in the Antarctic. Krill is the third most abundant species on the planet and Nicol says it is adaptable "and full of surprises". Nicol has spent decades as an Antarctic krill research scientist and programme leader for the Australian government. He is an adjunct professor in the Institute for Marine and Antarctic Studies at the University of Tasmania. He has received the Australian Antarctic Medal for outstanding contributions to Antarctic research and is the author of The Curious Life of Krill. 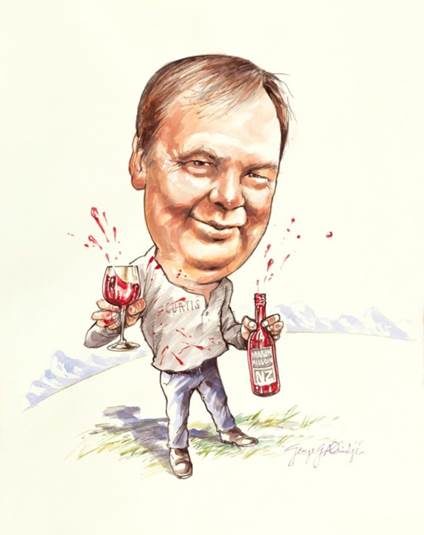 Sommelier and self-confessed wine geek Curtis Marsh says once a person gets the 'wine virus' there's no cure - "you've just got to keep feeding it wine". Marsh began his career in Wellington around 30 years ago and has since worked all over the world as a self-appointed ambassador for New Zealand wine. He spent years in the emerging wine market of Asia where he gained a profile as a columnist for The Standard (Hong Kong), the Asia correspondent for Thomson Reuters Lifestyle, the wine, food and travel columnist for the Asia Sentinel, and on his own blog, The Wandering Palate. Marsh has returned to Wellington where he consults to wineries and restaurants and has also turned his attention to Aotearoa's artisan wineries. He is speaking at the NZ Boutique Wine Festival this weekend, in his role as Resident Sommelier at The Wine Advocate. 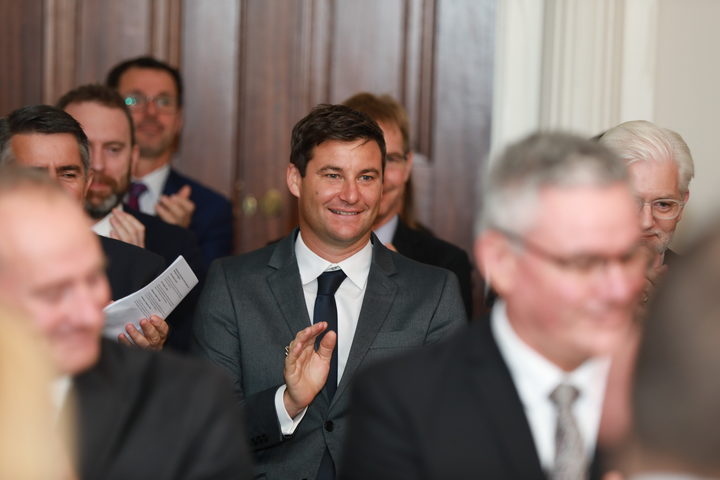 Clarke Gayford is a television producer and presenter, and the partner of Prime Minister Jacinda Ardern. Raised outside of Gisborne, Gayford has always been a fishing enthusiast. He's been able to combine almost 20 years in television and radio broadcasting with his love of the ocean as host of Choice TV's fishing show Fish Of The Day, where in each episode he challenges himself to catch on line, and then spear, a fish characteristic with each area.  Fish of the Day won Best Lifestyle Show at the 2016 Houston International Film Festival and was purchased by the National Geographic Channel. It now screens in over 35 countries. Gayford plays some of his favourite songs and speaks to Kim ahead of the birth of his first child with Ms Ardern, due June 17.

The Value of the Humanities

The Curious Life of Krill