This Saturday Morning: Kim talks to Kapka Kassabova who found fame in New Zealand as a teenager, and now writes about Europe from the Scottish Highlands; entrepreneur Veronica Stevenson and her ambitious plan to mimic the nesting material of a solitary bee - and use it to supplant plastics from manufacturing; Sir Lloyd Geering reflects on his life as he celebrates turning 100; historian Mark Derby unearths the little-known story of a great New Zealand physician, Doug Jolly, who honed his skills in the Spanish Civil War;  Professor Larissa Behrendt (Eualeyai/Kamillaroi) on the long struggle to stop the removal of indigenous Australian children from their homes, as captured in her documentary After the Apology; playwright Joanna Murray-Smith on the enduring international appeal of her work; writer and filmmaker Peter Wells on his new family history called Dear Oliver; and regular guest Kate Camp deconstructs one of the 20th century's great classics, Rebecca, by Daphne du Maurier.

8:09 Kapka Kassabova - Border: A Journey to the Edge of Europe 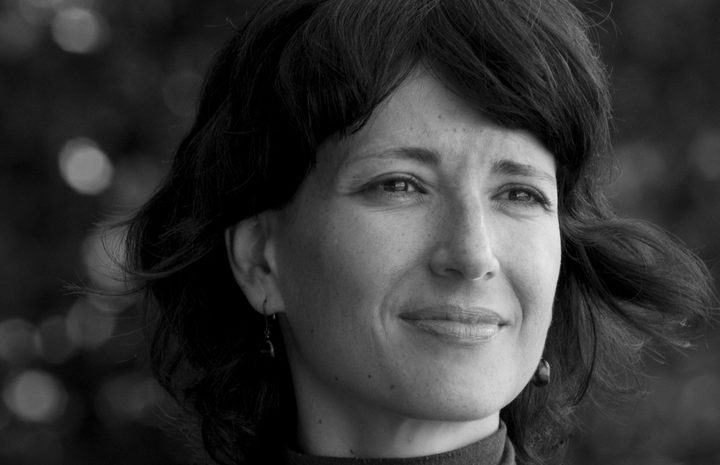 Kapka Kassabova was born and raised in Bulgaria, emigrating with her family to New Zealand in the early 1990s. In her late teens and twenties she published two poetry collections: All Roads Lead to the Sea (1997) and the Commonwealth Writers Prize winner for debut fiction in Asia Pacific, Reconnaissance (1999). In 2004, Kassabova moved to Scotland, and has since published four books, the last of which, Border: A Journey to the Edge of Europe (2017) was shortlisted for the Baillie Gifford Prize. She has also published poetry collections. Kassabova, who now lives in the Scottish Highlands, will be a guest of the Auckland Writers Festival, May 15-20. 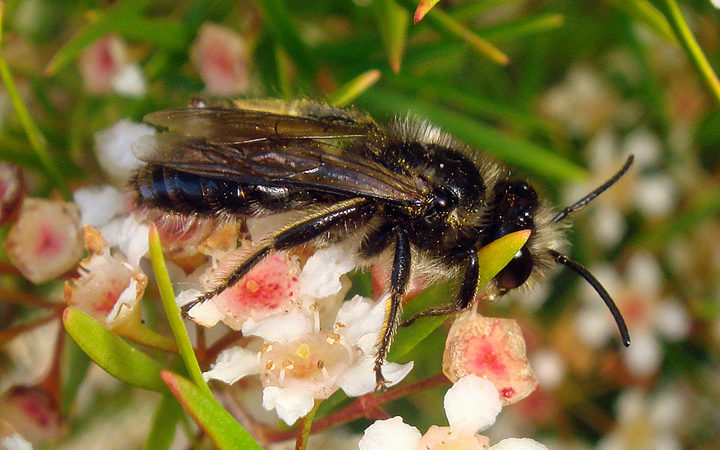 Veronica Stevenson is the founder and CEO at biotechnology company Humble Bee Ltd, which aims to disrupt the plastics industry by reverse engineering the nesting material of a solitary bee and making it at scale. Stevenson has a BSc in anatomy and reproductive biology and a Masters in science communication and filmmaking. She is a member of the Return on Science Momentum Investment Committee, a judge on KiwiNet's Science Commercialisation Awards panel and a strategic storytelling mentor at KiwiNet GetFunded events. Humble Bee has recently been promised up to $120,000 from Callaghan Innovation and is capital raising to complement that funding. 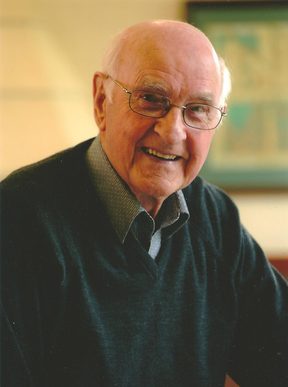 On February 26, 2018, Sir Lloyd Geering celebrated his 100th birthday.  The theologian and author faced a heresy trial in 1967 after claiming that humans do not have an immortal soul, and Jesus' body did not physically ascend to heaven. An amicable solution was reached within the Presbyterian church and the case was closed. Since then Sir Lloyd has maintained a public profile as a prolific author, commentator and public speaker. He has degrees in both mathematics and Old Testament studies. Ordained as a Presbyterian minister, he served in Kurow, Dunedin and Wellington. He held Chairs of Old Testament Studies at theological colleges in Brisbane and Dunedin and is Emeritus Professor of Religious Studies at Victoria University. 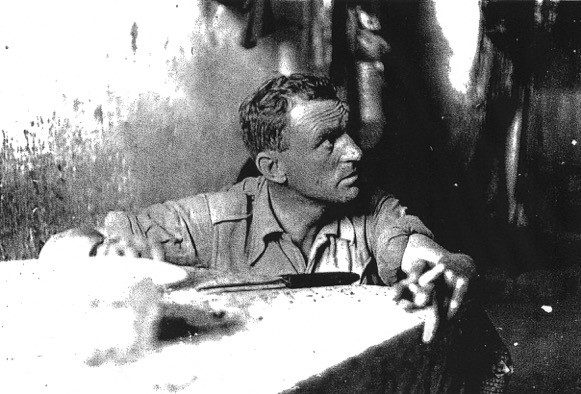 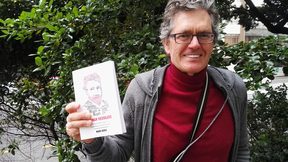 This week, the first physical memorial to a New Zealand veteran of the Spanish Civil War will be unveiled in Cromwell. The plaque, which has been funded by a group of practicing and retired NZ surgeons, will mark the service of Douglas Waddell Jolly (1904 -1983), considered one of the great war surgeons of the 20th century.  He made significant contributions to trauma surgery, especially for abdominal injury, and operated closer to the front line than ever thought possible. His work informed medical services in WW2, Korea and Vietnam.  Kim talks to historian Mark Derby about Doug Jolly's enduring legacy. 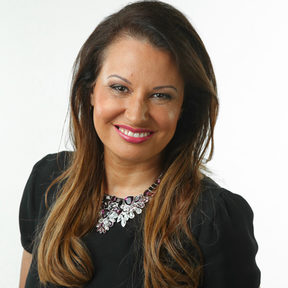 Professor Larissa Behrendt is an Eualeyai/Kamillaroi woman, Professor of Law at the University of Technology, Sydney, and is admitted to the Supreme Court of the ACT and NSW as a barrister. Behrendt is a Land Commissioner at the Land and Environment Court, the Alternate Chair of the Serious Offenders Review Board, a member of the Academy of Social Sciences of Australia, and a founding member of the Australian Academy of Law. As well as writing novels, she has also written and directed a documentary called After the Apology, which follows four grandmothers who start a national movement to fight the continued removal of indigenous children from their homes. After the Apology is playing at the Māoriland Film Festival, March 21-25, in Otaki.

After The Apology Trailer from Caitlin Yeo on Vimeo.

10:35 Joanna Murray-Smith - Switzerland and other thrillers 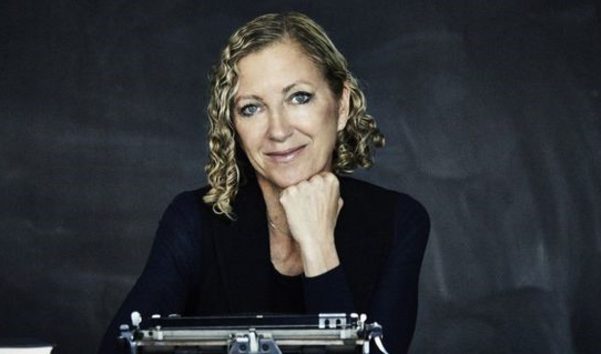 Australian writer Joanna Murray-Smith has written more than 20 plays and they have been translated and performed in 30 countries around the world. Her play, Honour, has been produced in more than three dozen countries, including productions on Broadway and at the Royal National Theatre in London. She has won numerous awards, including the inaugural A$30,000 Mona Brand writing award. She's visiting Aotearoa as her play, the psychological thriller Switzerland, opens at Wellington's Circa theatre on March 17. It explores the final chapter in the life of thriller writer Patricia Highsmith (Strangers on a Train, The Talented Mr Ripley). Murray-Smith will hold a Q&A session at Circa on Sunday, March 18, at 2pm. 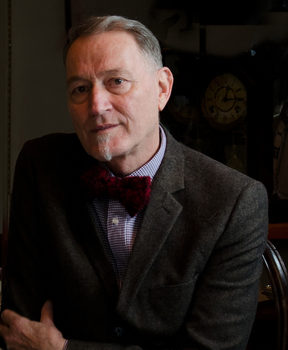 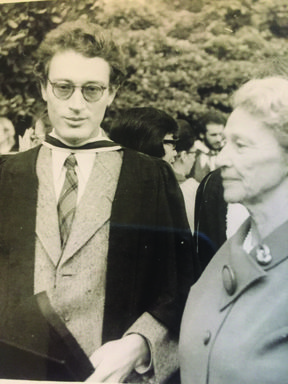 Peter Wells and his mother Bess at his graduation from the University of Auckland (1974) Photo: supplied

Peter Wells is a fiction and non-fiction writer, and a filmmaker. His first book, Dangerous Desires, won the Reed Fiction Award, the NZ Book Award, and PEN Best New Book in Prose in 1992. His memoir won the 2002 Montana NZ Book Award for Biography and his 2016 work Journey to a Hanging was long-listed for the 2016 Ockham Book Awards. Now suffering incurable cancer, Wells has just released Dear Oliver: Uncovering a Pākehā history, in which he traces his family history. He'll be a guest of the Auckland Writers Festival, May 15-20. 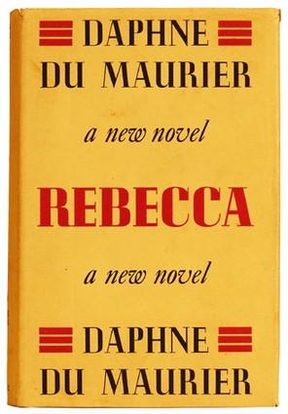 Kate Camp is the author of six collections of poetry published by Victoria University Press, the most recent of which is The internet of things (2017). She's won the New Zealand Book Award for The Mirror of Simple Annihilated Souls, and the Best First Book Award for Unfamiliar Legends of the Stars. Camp held the Creative New Zealand Berlin writers residency in 2011, and the Katherine Mansfield Menton fellowship in 2017.  She has reviewed classic literature on Saturday Morning since 2001; today, she casts a critical glance over the Daphne du Maurier classic, Rebecca.

Border: A Journey to the Edge of Europe

Artist: Calexico
Song: Voices in the Field
Album: The Thread That Keeps Us
Label: City Slang
Played at: 10:30

Album: By the Way, I Forgive You
Label: Elektra Records
Played at: 11:40