This Saturday Morning: Kim talks to author Lydia Syson, descendant (by marriage) of one of Raoul Island's earliest settler families - she's just visited the Kermadecs for the first time; one of the early pioneers of scientific drilling expeditions to the Southern ocean, Professor Jim Kennett, shares his enthusiasm for a new Ocean Discovery Program currently underway; Harry Josephine Giles explains how they survive and resist in a 'violent world' by employing poetry, performance, and game-playing; historian Jamie Belich outlines why he thinks the plague fueled European expansion across the globe in the 14th century; cartoonist and illustrator Mimi Pond on her illustrated memoirs and helping create The Simpsons; highly decorated chemist Dame Carol Robinson describes the process of picking medicines to take to market; and Irish documentary film-maker Alex Fegan, here for Auckland's St Patrick's Festival with his film Older than Ireland. 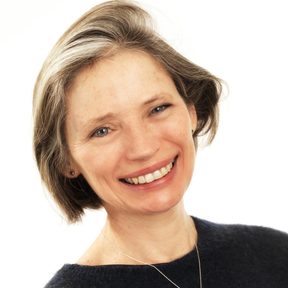 Londoner Lydia Syson is an award-winning author of historical and political fiction for young adults. After an early career as a BBC World Service Radio producer, she turned from the spoken to the written word, and developed an enduring obsession with history, including her family history: Syson's anarchist great-great-grandmother moved in Communard circles in late 19th century London, leading to the book Liberty's Fire. Her latest book, called Mr Peacock's Possessions, is based on the life of her relatives - an English family who sailed out in the 1800s to Sunday Island - now Raoul Island.  Syson has just returned from her first visit to Raoul Island, during a trip to the Kermadecs with this year's Sir Peter Blake expedition. Mr Peacock's Possessions will be available for sale in New Zealand bookstores from May 28. 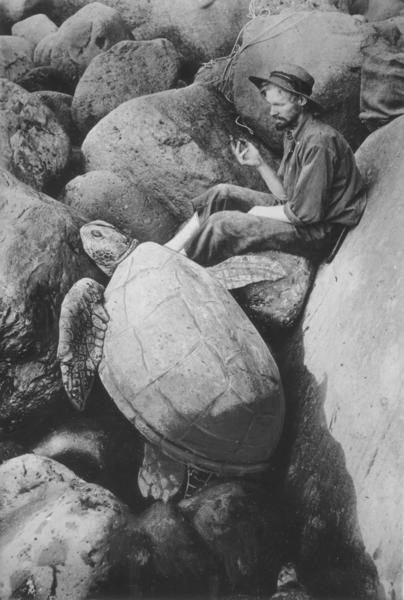 King Bell and turtle, taken during science expedition to Raoul Island (1908) by WRB Oliver held by the Alexander Turnbull Library and June Hieatt 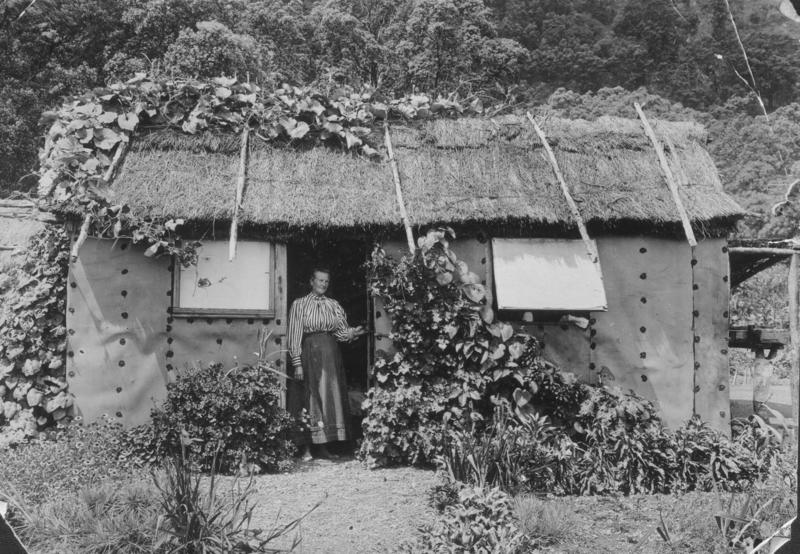 Mrs Bell outside the family home. By WRB Oliver during the 1908 science expedition / Alexander Turnbull Library and June Hieatt 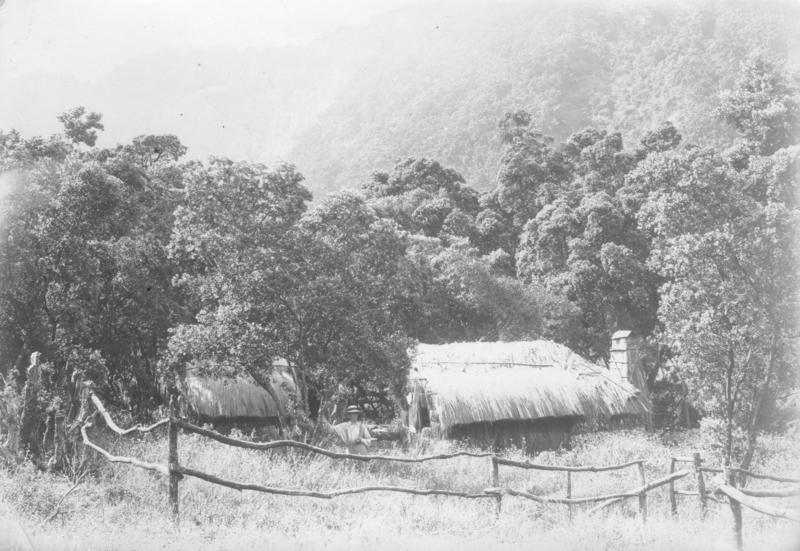 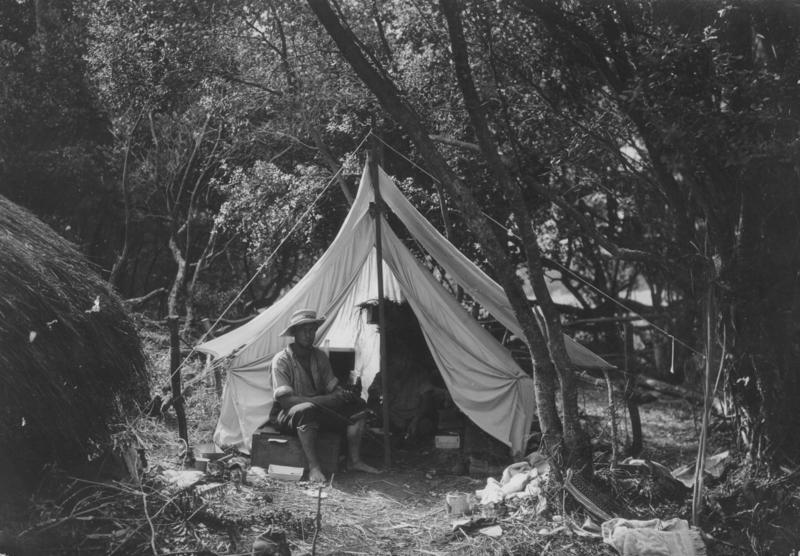 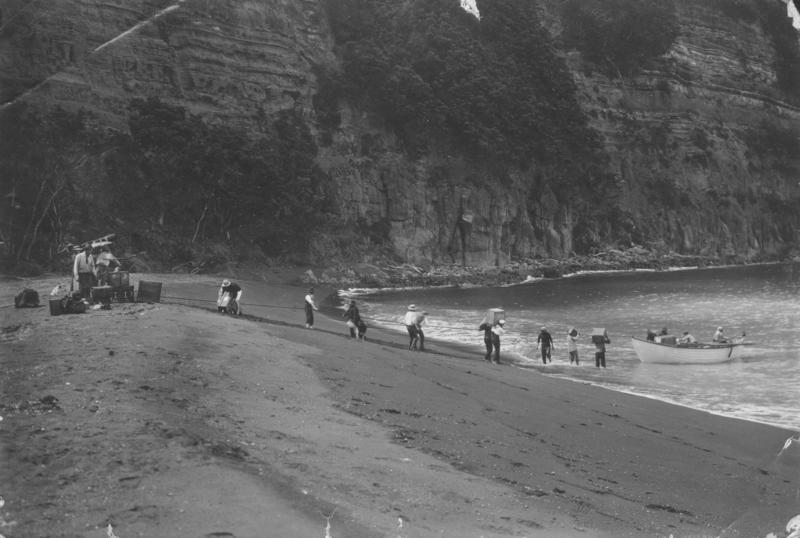 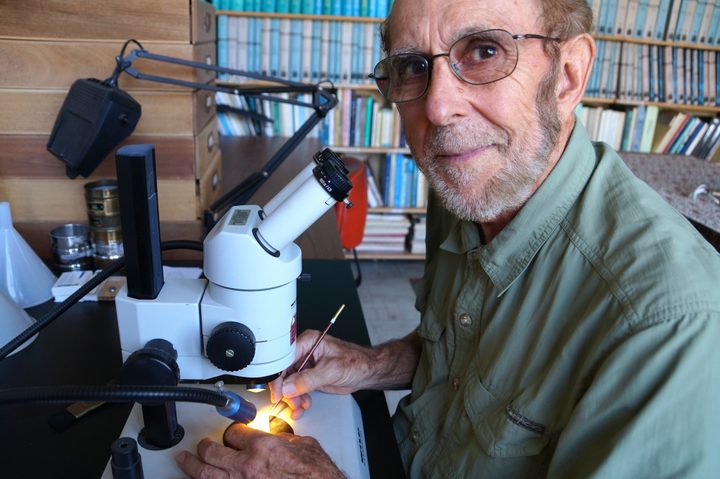 The International Ocean Discovery Program (IODP) is well underway, with two expeditions completed and one in progress. At this trip's half-way mark, the expedition ship JOIDES Resolution called in at Lyttelton this week and GNS Science and Victoria University hosted an event featuring Professor James Kennett as keynote speaker. Prof Kennett is a New Zealand scientist who has spent most of his career in the US and led many of the pioneering scientific drilling expeditions to the Southern ocean, leading to our current understanding of the evolution of the Antarctic ice sheets and their role in modulating Earth's climate and ocean currents. 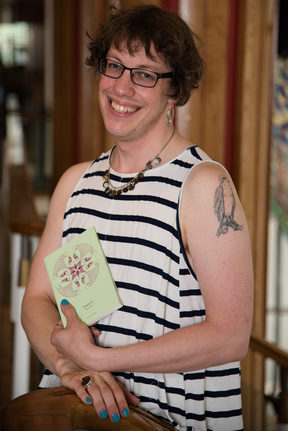 Poet, performer and game-maker Harry Josephine Giles grew up on Orkney, Scotland, and now lives in Edinburgh where they founded spoken words platform Inky Fingers, co-directs the quarterly performance art platform Anatomy, and is part of the collective behind the Forest Café, Edinburgh's open access arts space. Giles says much of their work is about political protest and activism - they say "my work is about what it feels like to live under capitalism, and how to survive and resist in a violent world". Giles also uses social media and blogging to build public discussion around their projects, with performances happening simultaneously online and offline. They appear this weekend at the NZ Festival Writers & Readers. Giles' tour of New Zealand is organised by LitCrawl Wellington 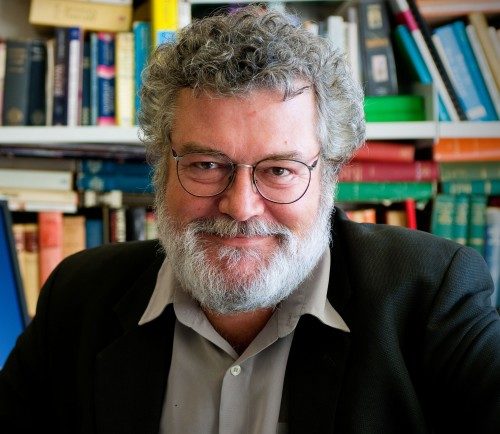 Historian and academic James Belich has a large body of work, focusing particularly on the New Zealand Wars and Maori and Pakeha relations. His book The New Zealand Wars and the Victorian Interpretation of Racial Conflict (1980), won the international Trevor Reed Memorial Prize for historical scholarship. In 2006 he was made an Officer of New Zealand Order of Merit. Professor Belich is currently Beit Professor of Imperial and Commonwealth History Balliol College, Oxford. He will be giving a lecture at the University of Auckland on March 21 called "The Black Death and European Expansion", which argues the plague pandemic beginning on the 1340s fuelled wider European control and influence across the globe. He first made the argument in a recent book, The Prospect of Global History (Oxford University Press, 2016). 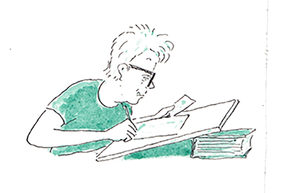 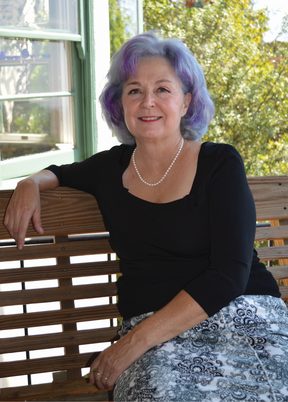 Cartoonist, graphic novelist, writer and illustrator Mimi Pond started at National Lampoon magazine in the late 1970s. She writes for television, and penned the first full-length broadcast episode of The Simpsons, which won two Emmy Awards. Pond has presented her memoir in two graphic novels - Over Easy (2014) and The Customer Is Always Wrong (2017). Over Easy won a place on the New York Times Best Seller List, the PEN Center USA award for Graphic Literature Outstanding Body of Work, and an Inkpot Award from Comic Con International in San Diego. Pond has also created comics for many publications including Los Angeles Times and Seventeen Magazine and has written five humour books. She appears this weekend at the NZ Festival Writers & Readers. 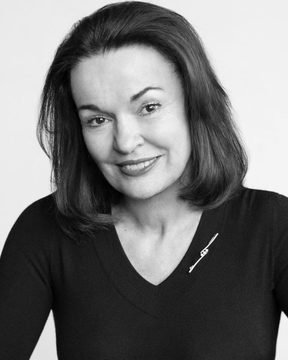 Dame Carol Robinson is a chemist who has pioneered the application of mass spectrometry techniques to problems in chemical biology. Her groundbreaking research on the three-dimensional structure of proteins in particular has demonstrated the power of such techniques in studying large molecular compounds. The first female Professor of Chemistry at both Oxford and Cambridge universities, in 2013 she was awarded the title of Dame Commander of the Order of the British Empire for her services to science. Dame Carol was also the recipient of the Royal Society's prestigious Rosalind Franklin Award and Davey Medal, in 2004 and 2010, respectively. In 2015, she was the European Laureate of the L'Oreal-UNESCO for Women in Science Award.  Dame Carol will be in New Zealand to give a speech to the University of Canterbury's Biomolecular Interaction Centre on March 16 called "What's really inside your medicine cabinet?" 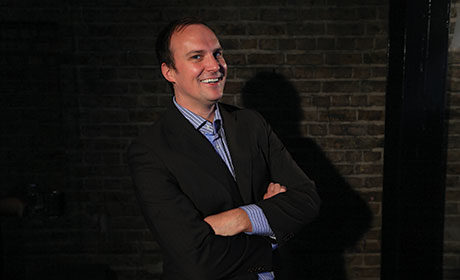 Alex Fegan is a documentary filmmaker who has made two features with wide release -  Older Than Ireland (2015) and The Irish Pub (2013). Older Than Ireland won Best Documentary at the Galway Film Fleadh, 2015.  He's also made a number of award-winning shorts, and was nominated as a Rising Star at the Irish Film and Television Academy Awards 2016, as well as the Galway Film Fleadh Bingham Ray New Talent Award, 2015. Fegan is in New Zealand to attend a screening of Older Than Ireland as part of this year's St Patrick's Festival (March 8 -17) In Auckland. The final screening is tonight (March 10), 6.30pm at the Academy Cinema.