Sir Lloyd Geering at 100: ‘I find a lot of things to rejoice in'

Sir Lloyd Geering, the controversial theologian famously charged with heresy, has turned 100, and finds he’s a lot more optimistic about the human race.

The author and ordained Presbyterian minister considers God to be a human idea, and calls himself a “non-theist”. 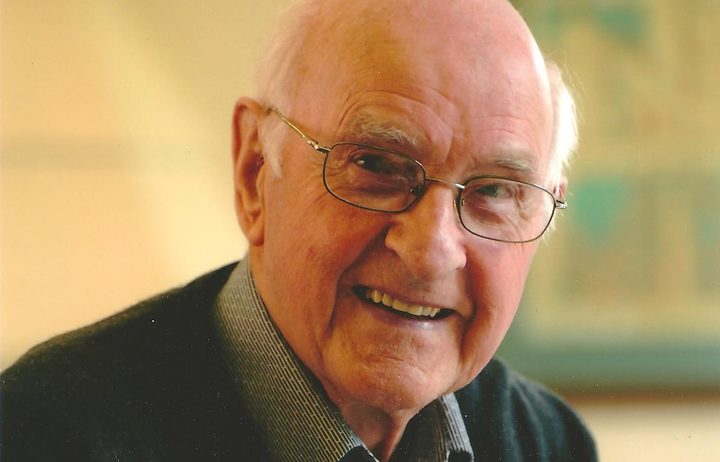 Sir Lloyd was born in Rangiora, during the last days of World War I, and for the first 25 years of his life his family didn’t have electricity. These days he’s playing Scrabble on Skype with people all over the world.

He’s written some 20 books and the one he’s working on now will be called How Times have Changed.

“As I look back over the 20th century I find a lot of things to rejoice in,” Sir Lloyd says.

“We’re moving towards a global community. I think things like nationalism are not nearly as strong as they were then.

“The United Nations has been very successful – we haven’t had a third world war. That’s real progress you know.

“We’ve made a lot of progress towards a global community in which people are ready to accept the differences.”

His 1967 heresy trial, for denying the immortality of the soul and the physical resurrection of Jesus, was "a great dividing line” in his life. The televised proceedings at Presbyterian General Assembly ended with the church withdrawing the charges.

“Up until that time I used to think of the church as a rather holy society, different from all the other human societies. It made me realise that the church is just as human as any other kind of society.”

People often told him that what he did had helped them. “They’d been feeling something of the same problems and frustrations that I had felt and they suddenly felt release from them. They weren’t tied to a set of doctrines as used to be the case, and they were free to come to terms with the modern world, which is a secular world, and draw upon the Christian tradition to help them face that.”

Sir Lloyd says even when he first went into the ministry he wasn’t sure what to make of God.

“The third sermon I ever wrote was ‘What is God like?’. I was trying to find out."

After serving as a minister in Kurow, Dunedin and Wellington, he became principal of Knox College Theological Hall and held university positions as a scholar of the Old Testament.

“In the end, I’ve got a lot of time for the idea of God, but see it only as a humanly created concept,” Sir Lloyd says.

But he still has faith. “You have to have faith to live. Because faith is just an attitude. It’s an attitude of hope and trust towards the future. And trusting other people, your friends.”

Neither is he an atheist along the lines of Richard Dawkins, evolutionary biologist and author of The God Delusion.

He agrees with a lot of what Dawkins says but thinks he’s “a little too extreme”.

“I regard him as a fundamentalist atheist in that he doesn’t sufficiently realise what an important role the word or concept of God has played – he simply wants to rubbish it."

Sir Lloyd interprets God as a bundle of the highest ideas or values – love, justice, honesty and purity – and considers the idea of God to have done more good than evil, while Jesus is a great teacher of wisdom and how to live life to the full.

He still attends church in Wellington, one that has “moved with the times”.

“The point of going to church is joining a group of people who help one another to face the future in faith, allowing considerably wide varieties of opinion and also accepting of people as they are.”

While he spends some time meditating, he doesn’t pray. “There’s no one up there to answer them,” he says. “We’re the ones who are there to answer our prayers by the way we live and act.”