This Saturday morning Kim talks first to UK journalist and author Luke Harding about his investigation into the helping hand that he says Russia gave Donald Trump in his bid for power; military historian Christopher Pugsley describes his mammoth project researching Aotearoa's early films and film-makers; Professor Kathy Campbell discusses exploring life's great mysteries and where it all began; endurance swimmer Kim Chambers shares her tale of the perils and passion of her sport; Irish director Michael Keegan-Dolan tells Kim how he wrapped Swan Lake in Irish myth and music; and best-selling author Amy Tan talks about her memoir which reveals both the source of her writing, and her extraordinary mother. 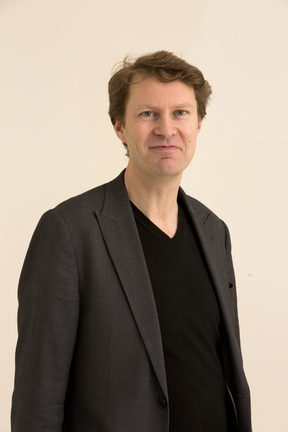 One year ago, award-winning UK journalist Luke Harding met former MI6 officer Christopher Steele to discuss the then president-elect Donald Trump's connections with Russia. One month later, in January 2017, Steele's explosive dossier alleged that the Kremlin had been 'cultivating, supporting, and assisting' Trump for years and that it had compromising information about him. Trump responded on Twitter, 'FAKE NEWS'. In Collusion: How Russia Helped Trump Win The White House, Harding reveals the nature of Trump's decades-long relationship with Russia and presents the inside story of the dossier. Harding is a foreign correspondent with The Guardian. Between 2007 and 2011 he was The Guardian's Moscow bureau chief; the Kremlin expelled him from the country in the first case of its kind since the Cold War. He is the author of A Very Expensive Poison: The Definitive Story of the Murder of Litvinenko and Russia's War with the West, The Snowden Files: The Inside Story of the World's Most Wanted Man, Mafia State and co-author of WikiLeaks: Inside Julian Assange's War on Secrecy. 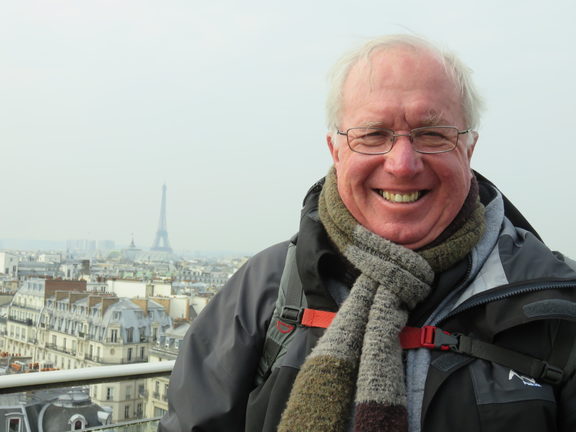 Christopher Pugsley is a respected and much published military historian - but what is not as well known is that he has a passion and a deep knowledge of film history. Pugsley's new book, The Camera in the Crowd, is the result of nearly three decades of research - the story of film in New Zealand for its first 25 years, 1895-1920, told largely through the footage that has survived in the archive of Nga Taonga Sound & Vision. It covers the last years of the Victorian era and the first two decades of the 20th century - a period that encompassed great political, technological and cultural changes, including the First World War. It tells of the cameramen, of the film they took - not only at home but also of the Kiwi 'Diggers' in the First World War - and how the public reacted to it.
The full version of the review of the Auckland Contingent of the Main Body of the New Zealand Expeditionary Force (NZEF) by Hon. James Allen, Minister of Defence, on Saturday 19 September 1914, which features in stills on each page. 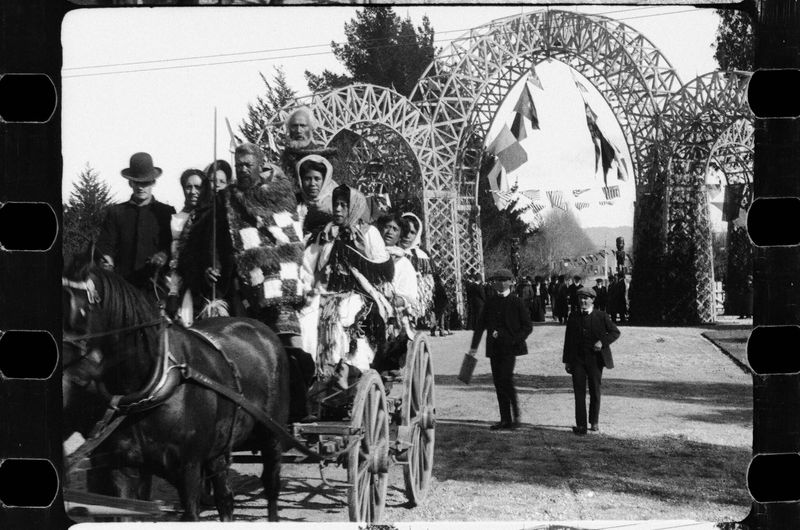 Returning home after reception for the American officers of the Great White Fleet at the formal opening of the Rotorua Bath House on 13 August 1908. Still from James McDonald’s film American Officers’ Visit to Rotorua, on behalf of the Department of Tourist and Health Resorts, NTSV F3033. 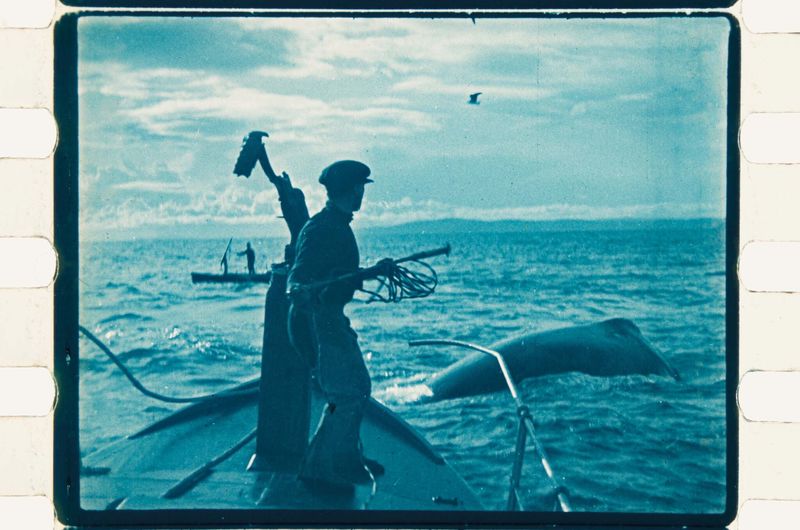 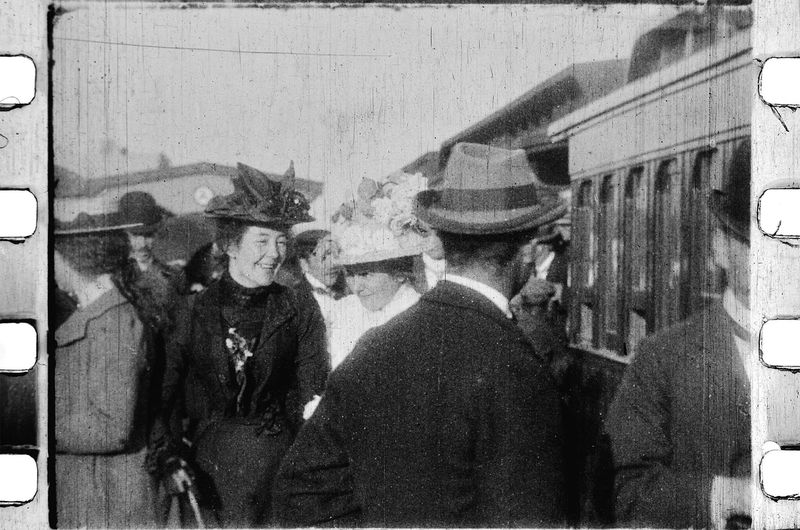 Smiling ladies board the 4:55pm Wellington-bound train after a day at the Palmerston North A & P Show, 15 November 1901. Still from John Henry Brown’s Departure of the Wellington Train from Palmerston North Station after the Show. NTSV F2142. 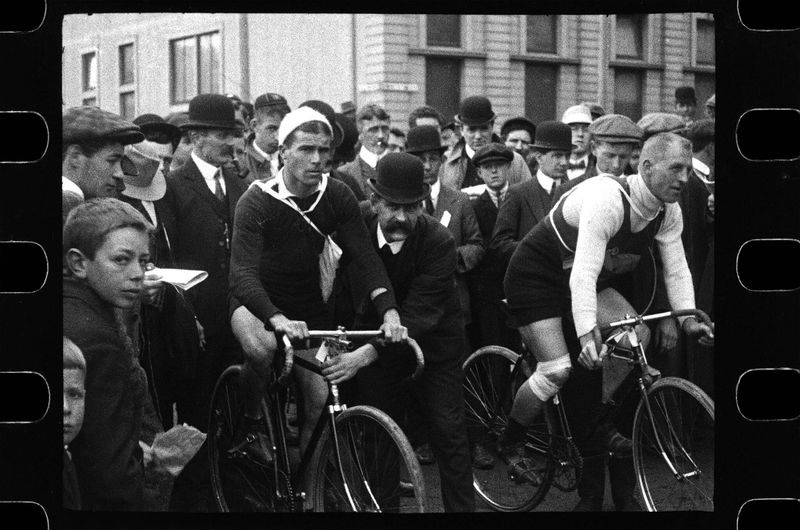 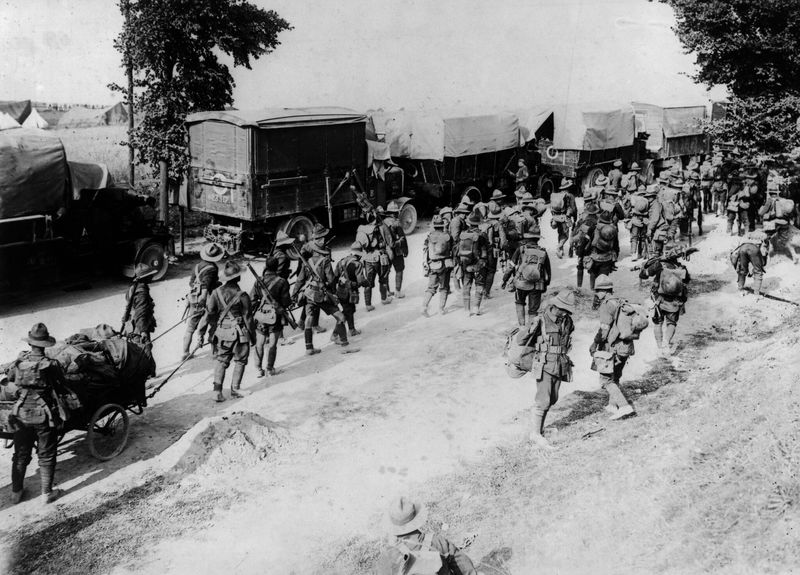 Soldiers of the New Zealand Division at the end of their trek to the Somme battlefield in early September 1916. Photographed by Lieutenant Ernest Brooks who last met the New Zealanders on Gallipoli. Q1243, IWM. 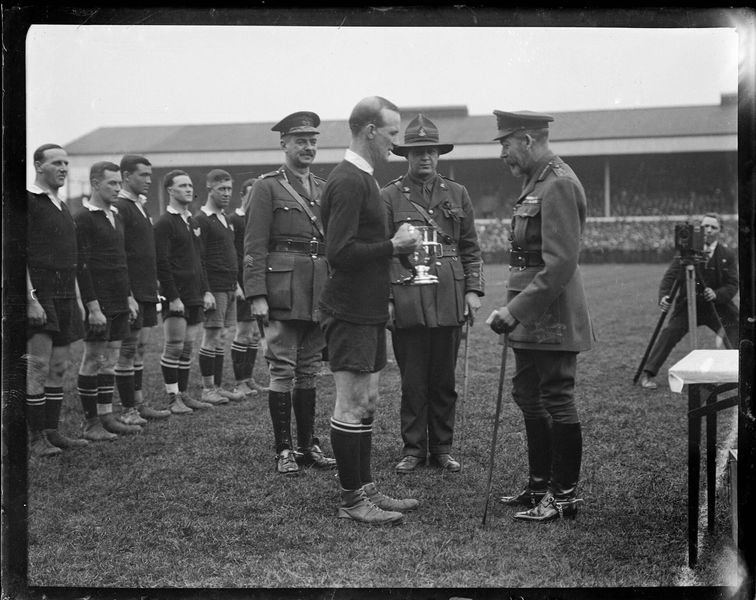 Sergeant Major James Ryan, captain of the NZEF All Blacks, receives the King’s Cup from His Majesty George V at Twickenham on 19 April 1919 before the start of the New Zealand versus France match. A civilian film cameraman records it for history. The match was also filmed by Sergeant Charlie Barton, NZEF official cameraman. Photographer: H.H. Green/L.G. Hahn, UKSeries, UK414, 1/2-014210-G, ATL, Wellington. 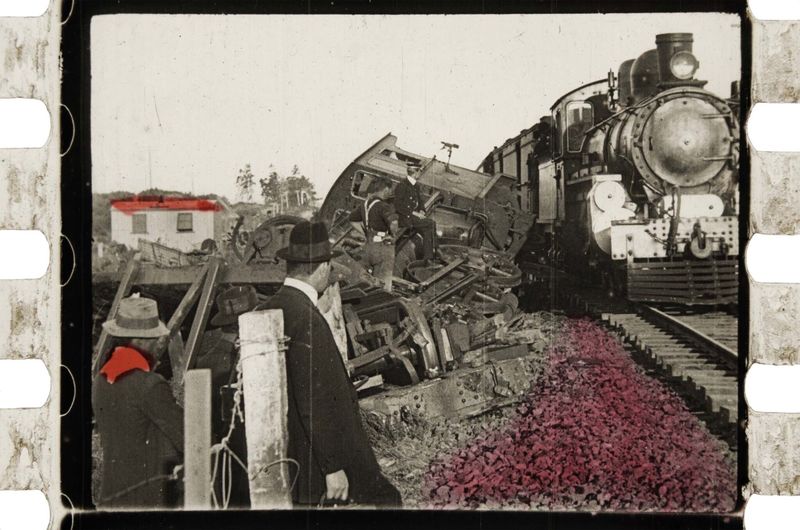 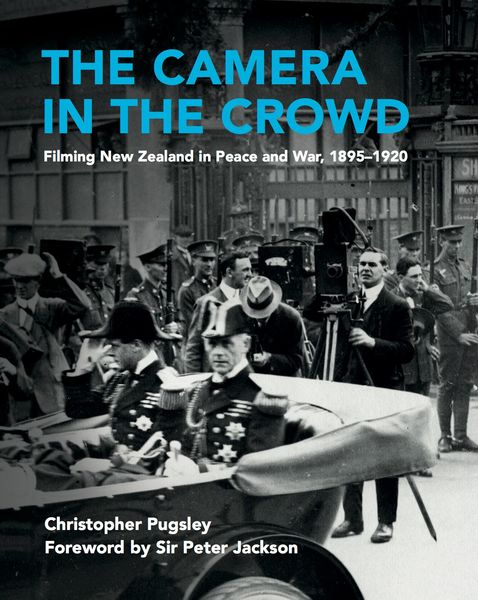 Professor Kathy Campbell is a geologist, paleo-ecologist and astrobiologist. The broad theme of her research is paleoecology - the interaction of ancient organisms with their surrounding environments. She was educated at the University of California (BSc), U Washington (MSc), and U Southern California (PhD) and has been at Auckland University since 1997. Campbell has just become the director of a new Centre for Fundamental Inquiry based at the university, bringing academics from different disciplines together to answer life's enduring mysteries, including the possibility of alien life. She has also just received almost a million dollars in Marsden funding to investigate hydrothermal deposits in the earliest-known hot springs, to help solve a question that's driven her academic career: Did life begin on land or in the sea? 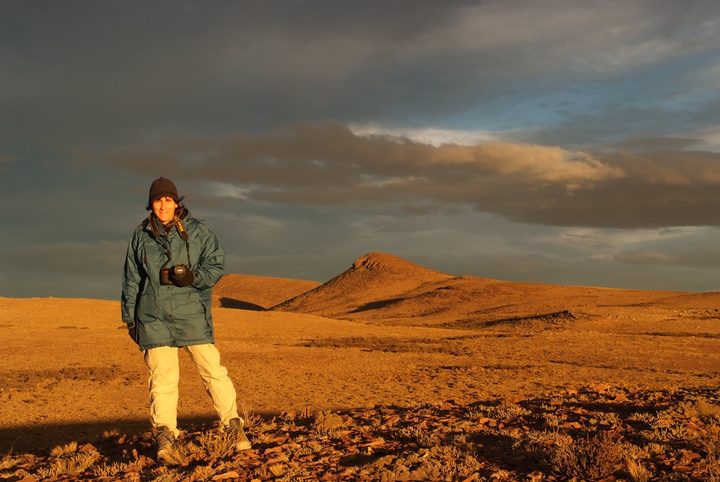 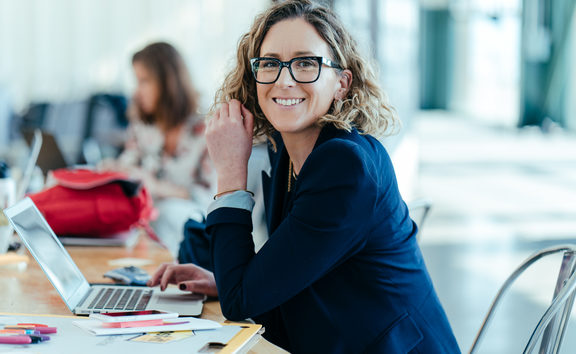 After a fall left her with a serious leg injury that took years to heal, San Francisco-based Kiwi Kim Chambers took up swimming as both physical and mental therapy. She didn't just stick to lengths of a pool after hooking up with the Dolphin Club, a group of hardcore swimmers who swim the freezing waters of the San Francisco Bay. Chambers had been swimming seriously for only four years when she became one of the world's top marathon swimmers. Her achievements include what's been called the toughest swim in the world - from the Farallon Islands, a remote outcrop nearly 50km off the coast of San Francisco, through icy waters, strong winds, heavy swells and great white sharks, back to the Golden Gate Bridge. Outside magazine called her the world's most badass swimmer. A documentary of Chambers' legendary swim, Kim Swims, will be released in Aotearoa next year.

It's Swan Lake - but not as you know it. Irish director Michael Keegan-Dolan has taken a fresh look at the storyline, swapped Tchaikovsky's original score for Irish folk music, added a dash of Nordic noir, and set it all in the midlands of Ireland. His show, Swan Lake / Loch Na heala, draws on ancient myths and weaves them with the contemporary world for a show that features love, betrayal, transformation, priestly abuse, corruption, mental illness, and violence. But Keegan-Dolan is promising an ending which he says "is really, really beautiful". Swan Lake / Loch Na heala will be performed in Wellington in March next year as part of the NZ Festival. 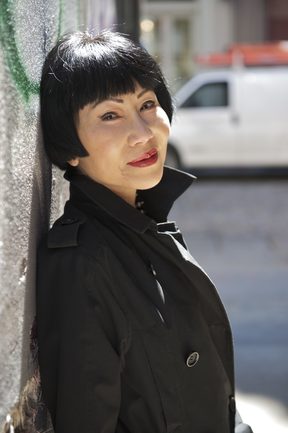 Amy Tan is a US writer who struck it big with her first novel, The Joy Luck Club, published in 1989. The book - centred on four Chinese immigrant mothers and their four American-born daughters - spent over 40 weeks on the New York Times Bestseller List. Her other novels are The Kitchen God's Wife, The Hundred Secret Senses, The Bonesetter's Daughter, Saving Fish from Drowning, and The Valley of Amazement (2013) - all New York Times bestsellers. She is also the author of a memoir, The Opposite of Fate, two children's books, The Moon Lady and Sagwa, The Chinese Siamese Cat and numerous articles for magazines, including The New Yorker, Harper's Bazaar, and National Geographic.  Her latest book, Where the Past Begins: A Writer's Memoir, has just been published.

Artist: The Wrockers
Song: These Boots are made For Walkin
Composer: Lee Hazlewood
Album: Stranger Than Fiction
Label: Oglio Records
Played at: 11:50