This Saturday Morning: Kim talks to Irish journalist and broadcaster Una Mullally about a first step towards softening Ireland's near-total abortion ban; Michael Bruter talks EU identity and how it has been impacted - both within Britain and on the continent - as a result of the Brexit vote; Dr Homie Razavi explains how NZ can fulfill its commitment to eradicate Hepatitis C by 2030 - a disease with some 50,000 sufferers in this country; Irish balladeer Declan O'Rourke discusses his eclectic career on the eve of his first NZ tour;  grassland entomologist Stephen Goldson on an epic battle between wasp and weevil on NZ pastures; Arthur Young, on how his father was injured at the Battle of Broodseinde in Flanders, just days before NZ's blackest day of WW1 at Passchendaele, a hundred years ago this week; the social behaviour of the octopus re-imagined by Peter Godfrey-Smith; one of the founders of the NZ law firm Chapman Tripp, and US-based Kiwi music manager Angus Vail - who's aiming to bring portable Globe theatres to the world's cities. 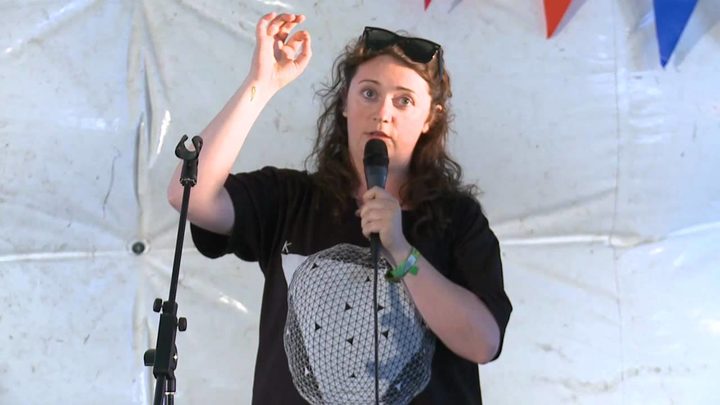 In the aftermath of the Irish government's announcement that it will hold a referendum on abortion, up to 50,000 marchers took to the streets of Dublin, calling for free, safe and legal abortions in the republic. Presently, abortions are banned in almost all circumstances and the constitution's eighth amendment gives a foetus the status of a citizen. Una Mullally is a journalist and a broadcaster living in Dublin. She writes for for The Irish Times and is the author of In the Name of Love: The Movement for Marriage Equality in Ireland. She co-founded The Women's Podcast for The Irish Times. Mullally is also a poet. 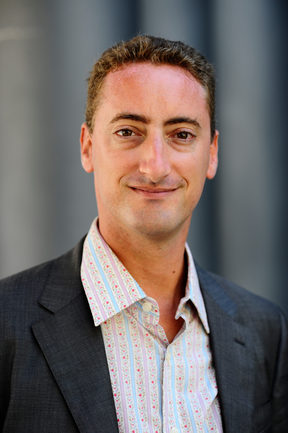 Michael Bruter is Professor of Political Science at the London School of Economics and Political Science where he leads the ECREP initiative - the largest existing research initiative fully dedicated to the study of electoral psychology, using surveys, experiments, interviews and observations to understand what goes on in people's minds when they are in the polling booth and how electoral memory builds up over a lifetime.  The project is conducted in over 20 countries, and includes New Zealand data.  Bruter publishes widely about elections, electoral psychology, youth voting, political behaviour, identities, public opinion and extreme right politics. He's spoken at the University of Auckland this week about austerity in Europe and 'Testing European identity', looking at the role of identity in shaping how Britain voted in its Brexit referendum, as well as how other European countries view membership of the EU bloc. Dr Homie Razavi is the managing director at the Center for Disease Analysis (CDA) and the CDA Foundation and leads the Polaris Observatory, which provides up-to-date estimates for how best to fight Hep C, B and D around the world. He is also founder of the Global Procurement Fund (GPRO), which provides affordable quality treatment and diagnostics to low and middle-income countries. Razavi is here as a guest of the Hepatitis Foundation of New Zealand to speak to various health and governmental groups about fighting Hepatitis, and how we will meet the WHO goal to eradicate Hepatitis C - a disease afflicting an estimated 50,000 New Zealanders - by 2030. 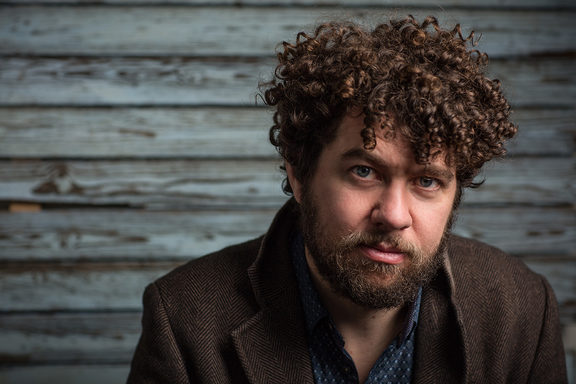 Declan O'Rourke is a critically acclaimed Irish singer-songwriter who has worked and performed with many of the world's top artists, including Snow Patrol, Glen Hansard, John Prine, and the Transatlantic Sessions, in an award-winning career that has seen him release five studio albums, including one that was released one song at a time to fans who signed up to an e-newsletter. His next album, Chronicles of the Great Irish Famine, is due out at the end of October. The Dubliner's songs are heavily influenced by folk and traditional Irish music, and he has a loyal following amongst Irish communities in his home country and across the world. O'Rourke will tour New Zealand, October 7 -15, playing most of his gigs with French-Canadian Acadian musicians, Vishten. 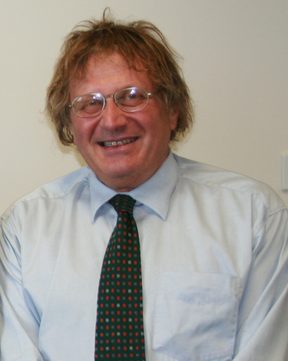 Stephen Goldson is a grassland entomologist who works to find ways to suppress exotic pest species running riot in Aotearoa's pastures. In 1991, after a painstaking search and much research, Goldson and his group introduced a tiny parasitoid wasp, about the size of a very small ant, from South America to kill the Argentine stem weevil that can devastate our pastures. The plan worked very well for around 20 years - then the weevil found a way to fight back and scientists think it has achieved this through rapid evolution. Goldson joins Kim to discuss the battle against the weevil and what's next for biocontrol, the country's unique pasture ecology, and the collision of our bush and pasture ecosystems. Goldson is Deputy Director at Lincoln University's Bio-protection Research Centre that is focused plant pest management, a  Principal Scientist in the Crown Research Institute AgResearch, and strategy advisor to the Prime Minister's chief science advisor Professor Sir Peter Gluckman. 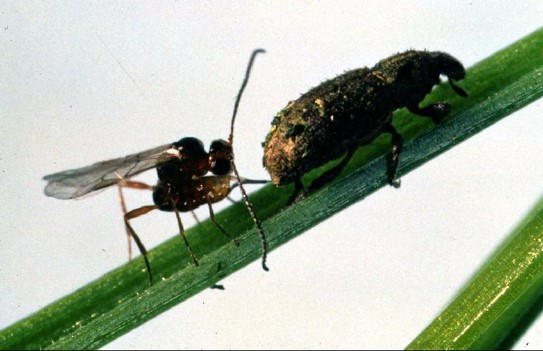 The parasitoid wasp laying an egg into the Argentine stem weevil body cavity. 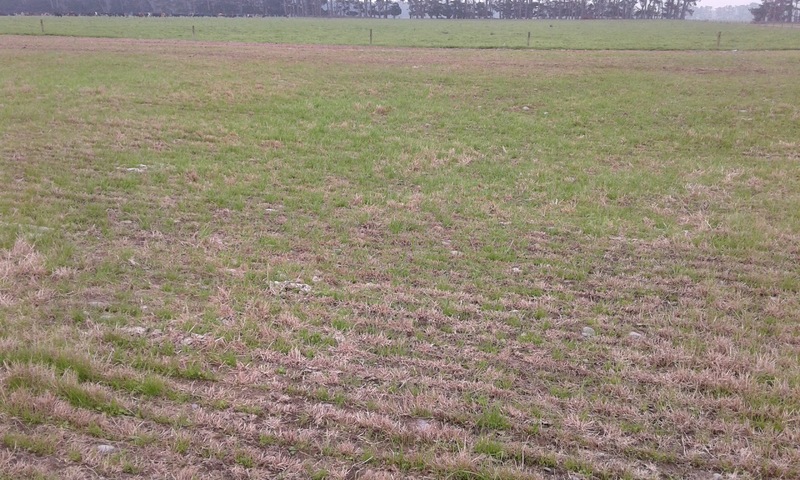 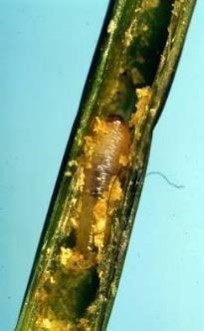 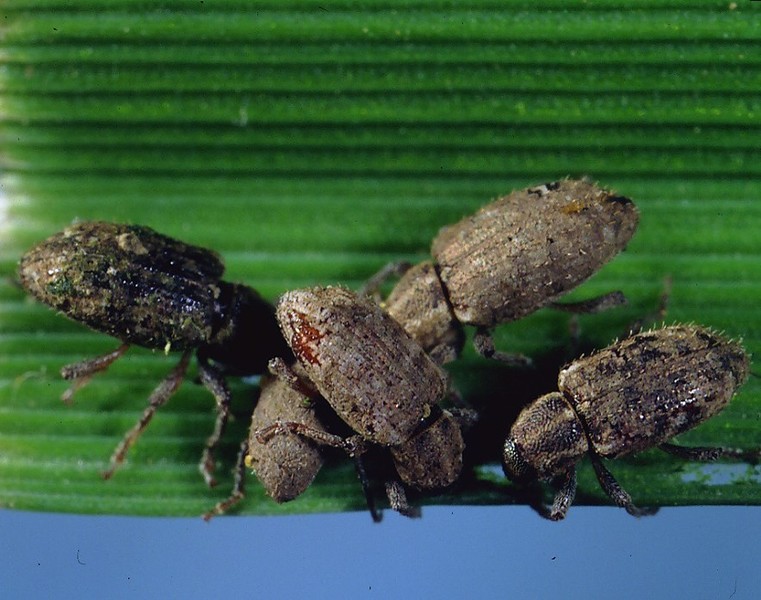 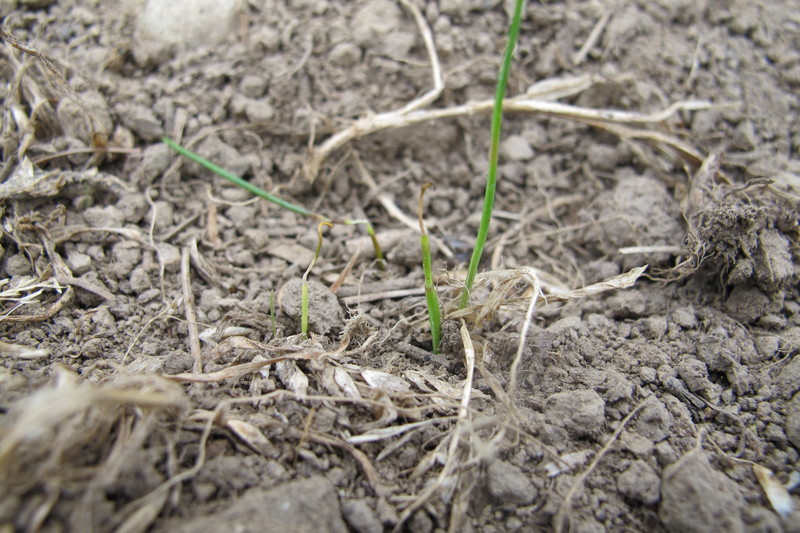 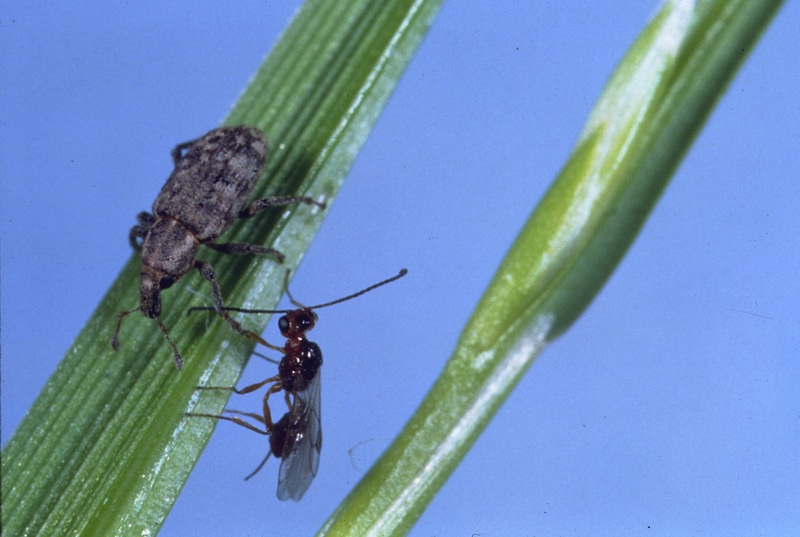 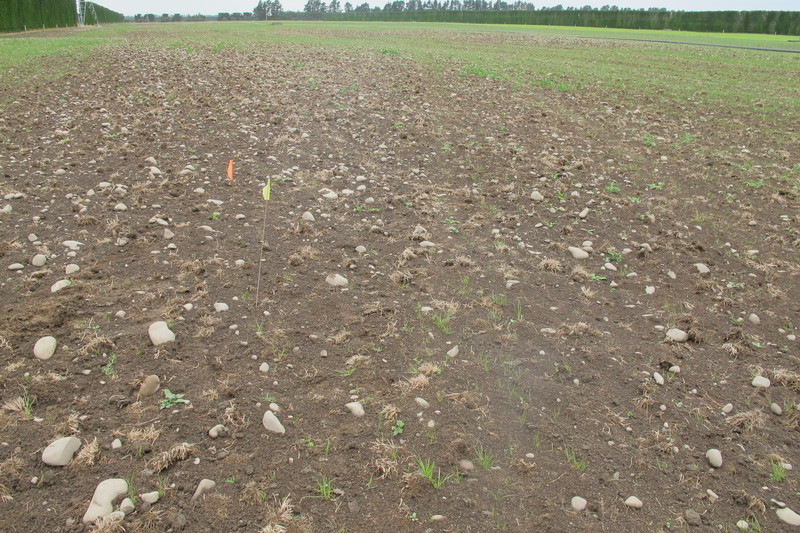 10:45 Arthur Young - The Battle of Broodseinde 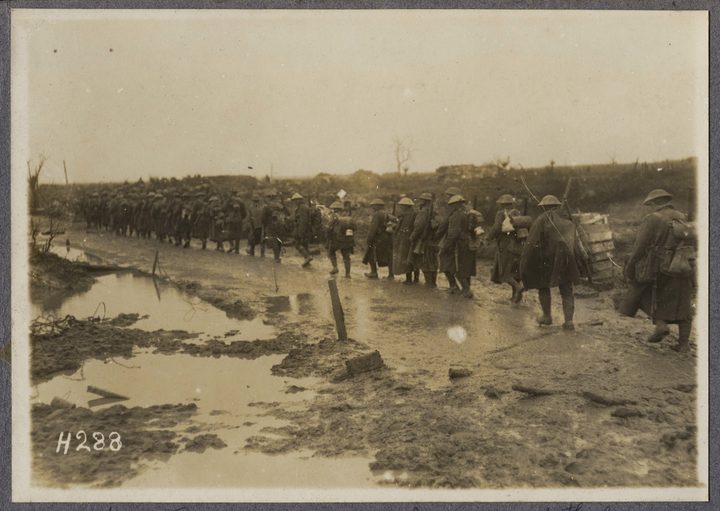 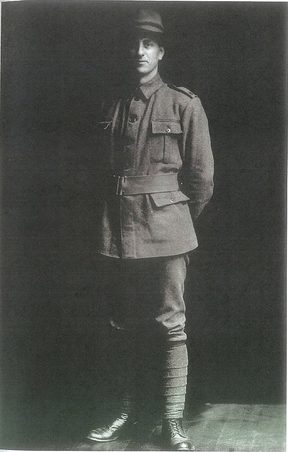 Arthur Young is the son of 2nd Lieutenant Edgar Young, an officer in the 1st Infantry Brigade during WW1. The Taranaki solicitor was 31 when he went to war in 1915, and was seriously wounded in the last hours of the Battle of Broodseinde which began on October 4, 1917, just a few days before New Zealand's darkest day in war, the Battle of Passchendaele (12th October, 1917).  When he returned to New Zealand, Edgar married and had four sons, all of whom were high achievers. His third son, Arthur Young, was head boy and dux of King's College in Auckland before following his father into the legal profession. He later co-founded national law firm Chapman Tripp Sheffield Young and, at 81, still goes in to work every day.  He talks to Kim about his father, his family, and the 100 year commemorations of Passchendaele happening in the upcoming week. 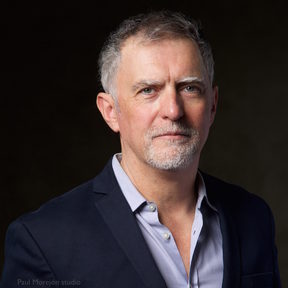 A couple of weeks ago, scientists revealed that they found a 'city' of octopuses in Jervis Bay on Australia's eastern coast. The octopuses were seen living together, communicating, and starting fights. Dubbed 'Octlantis', this is the second octopus 'city' to be discovered - the first, 'Octopolis', was found nearby in 2009. The fact that Octopolis is not unique is causing scientists to rethink octopus social behaviour. Peter Godfrey-Smith is a co-author of the study. He is Professor of History and Philosophy of Science at the University of Sydney and has taught philosophy at Stanford, Harvard and the Australian National University. He has also held the position of Distinguished Professor of Philosophy at the Graduate Center, City University of New York. He is the author of five books - the most recent being Other Minds: The Octopus, the Sea, and the Deep Origins of Consciousness. 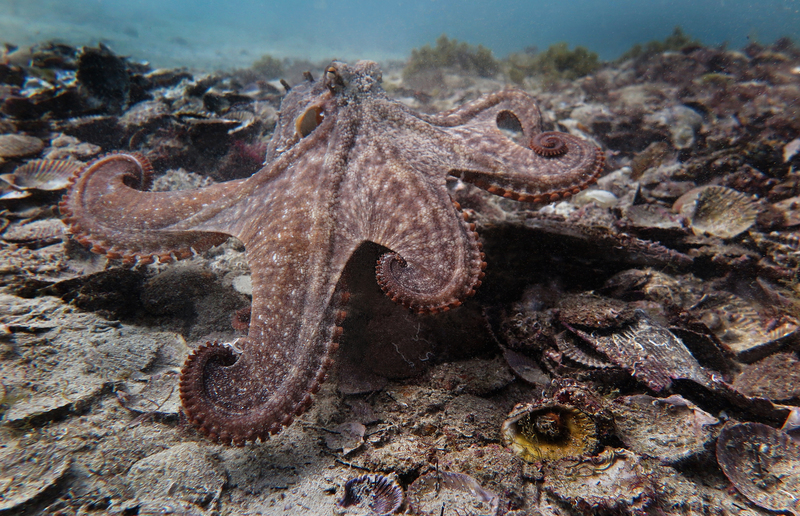 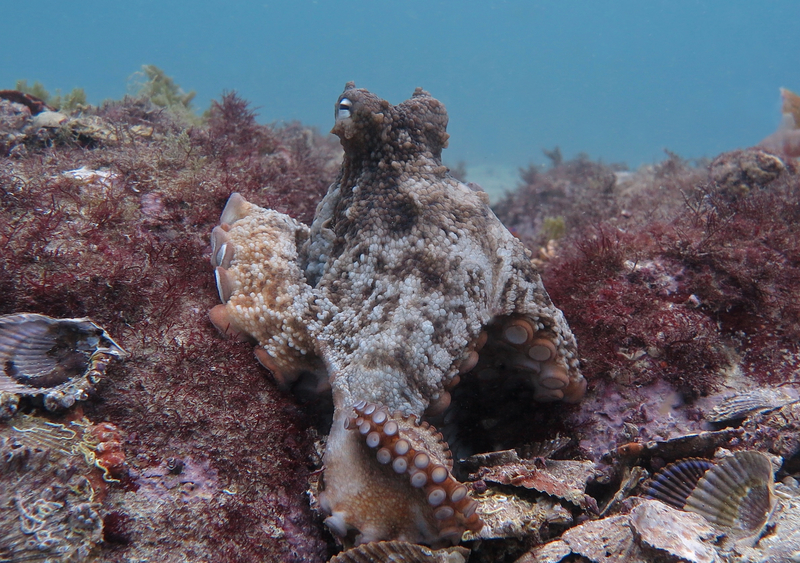 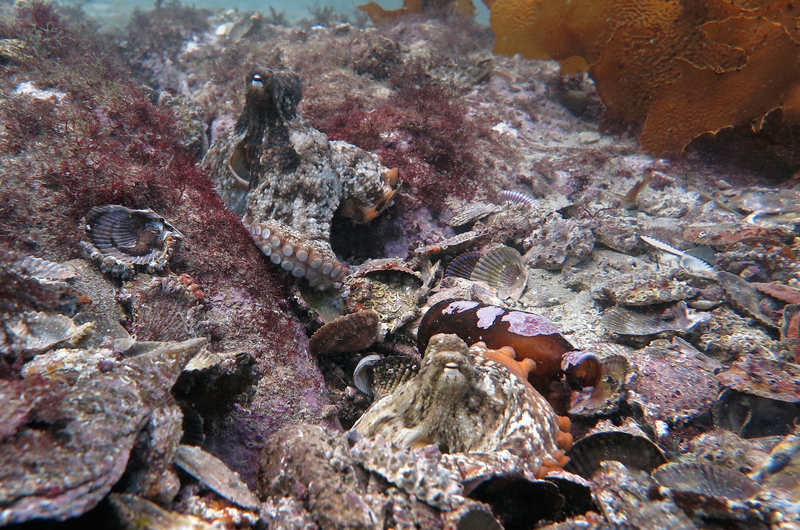 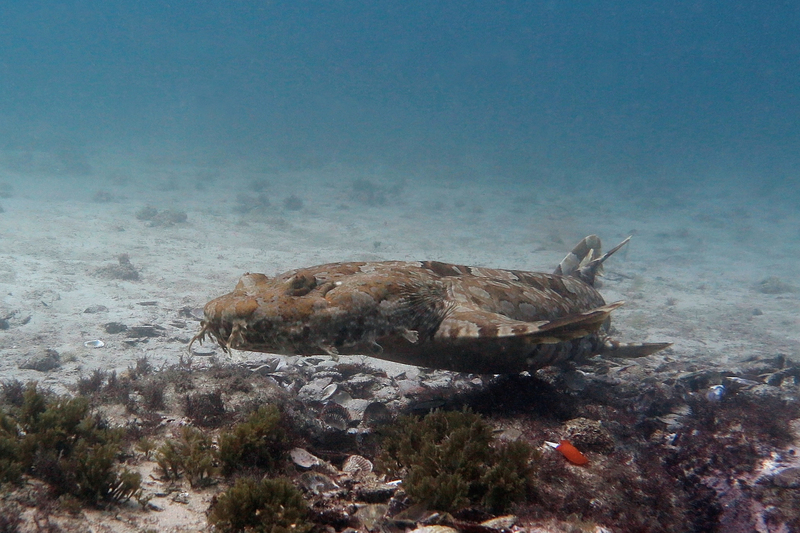 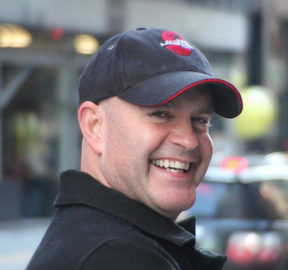 New Zealand-born Angus Vail has lived in the US for 24 years, during which time he's been the business manager for the rock groups INXS and Kiss, plus Kiwi bands Shihad, Steriogram and 3 Doors Down, and most recently, pop sensation Charlie Puth.  During a visit to London in 2012, Vail visited Shakespeare's Globe Theatre and as a result of the experience developed an idea to build Container Globes, or mobile theatres, based on Shakespeare's Globe and built out of shipping containers. The idea has progressed to reality, fundraising has started, and prototypes are being made in Detroit, Michigan, where Vail hopes to play a part in reviving the fortunes of the once-thriving city.

Artist impressions of the Container Globe 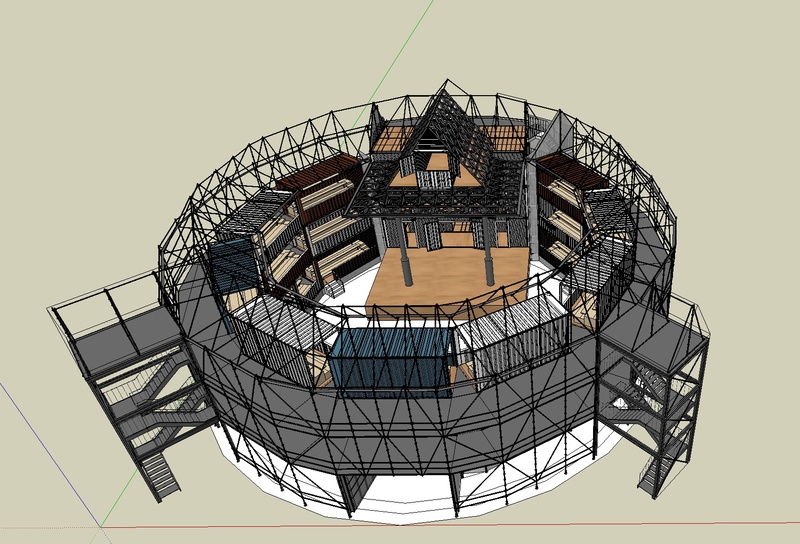 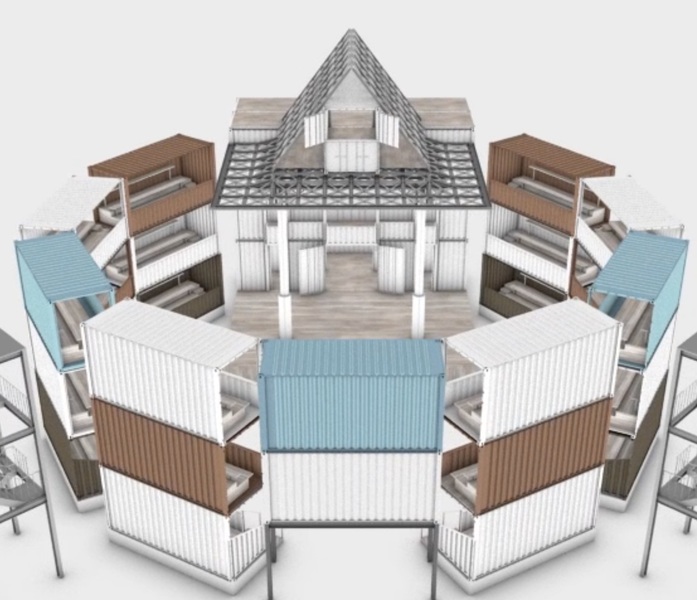 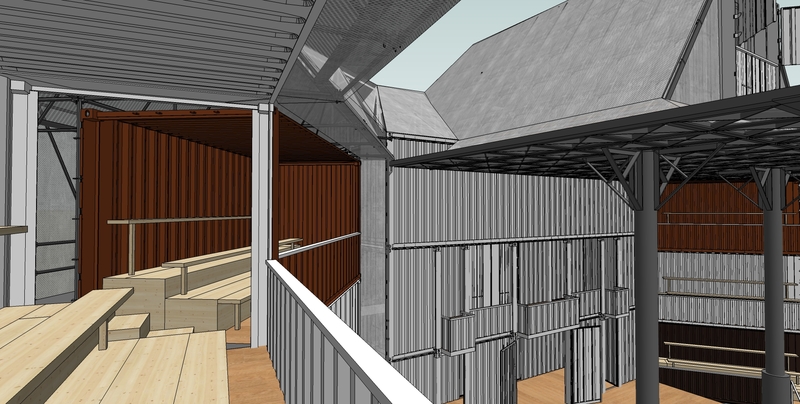 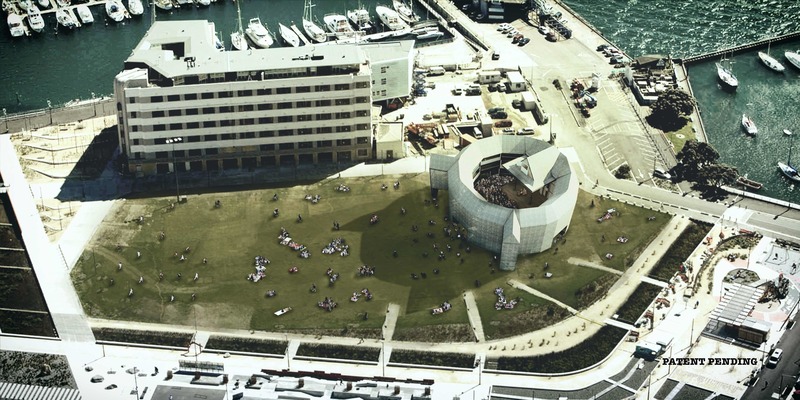 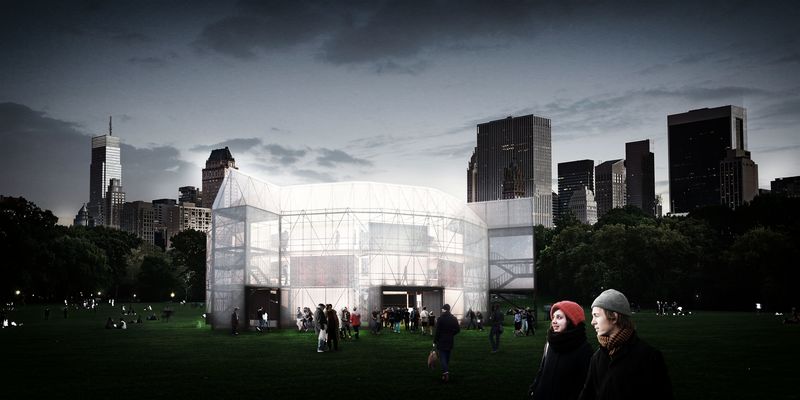 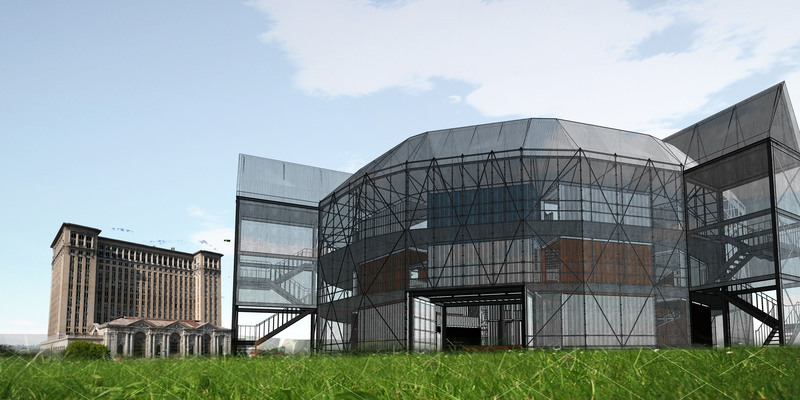 Other Minds: The Octopus, the Sea, and the Deep Origins of Consciousness