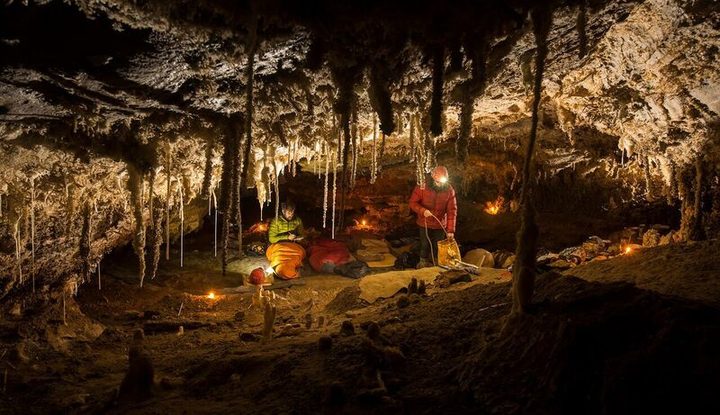 Cave camp - six hours from the surface - hear Marcus Thomas and Neil Silverwood with Kim at 11:30am Photo: Supplied

This week on Saturday Morning: Kim talks to Issie Robertson, a 16-year-old student from Dunedin, whose thoughts about genetic modification extending human life have just been published in a prestigious international journal; Arie Havelaar explains how food-borne illness is one of the most devastating diseases the world is grappling with - and New Zealand is not immune; Mariano Sigman on his latest findings on the inner workings of the human brain; Irish documentary maker Emer Reynolds on the potentially million-year life of the spacecraft Voyager; American humorist David Sedaris on how his popular writings and diaries can be funny and sad all at once;  Lisa-Maria Neudert on how social media is undermining democracy in elections across the world; and finally, photographers and caving enthusiasts Marcus Thomas and Neil Silverwood talk about how each cave they've visited is a 'treasure trove' of natural history waiting to be discovered. 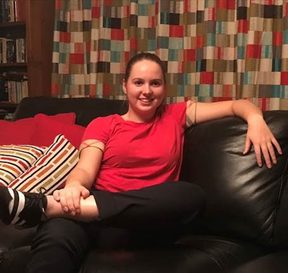 Dunedin teenager Issie, or Isabelle, Robertson has had a paper arguing against genetic modification to prolong human life, published in the prestigious international Journal of Medical Ethics. The 16-year-old student at St Hilda's Collegiate School became interested in genetic modification after interviewing bioethicist Julian Savulescu, a professor of practical ethics at Oxford University, for a school project about people with interesting careers. She disagreed with the professor's support for parents selecting genetic traits for their children - including to make them live longer. In her paper, Robertson questions whether modifying human embryos to extend a person's lifespan can ever be considered ethical practice. 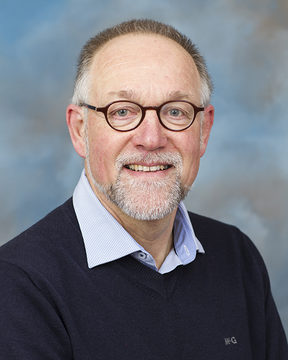 Dr Arie Havelaar is a professor in the Department of Animal Sciences at the University of Florida, specialising in microbial risk assessment and epidemiology of food-borne diseases. He is affiliated with the Institute for Sustainable Food Systems and the Emerging Pathogens Institute. His research covers the broad field of public health aspects of pathogens in food and the environment, and the effectiveness of preventive measures. Currently, his attention is mainly focused on development and application of microbiological risk assessment and the burden of food-borne illness. He is co-author of more than 100 scientific publications, several books and numerous scientific reports.  Also a director of the WHO Collaborating Centre for Risk Assessment of Pathogens in Food and Water, Havelaar is in New Zealand to speak the inaugural meeting of the new Food Safety Science and Research Centre (NZFSSRC), a national virtual centre of science hosted by Massey University and established after the false botulism scare of 2013, and also the NZ Institute of Food Science and Technology conference, both of which were held in Nelson this week.

9:05 Mariano Sigman - The Secret Life of the Mind

Dr Mariano Sigman was born in Argentina and grew up in Barcelona, Spain. He obtained a masters degree in physics at the University of Buenos Aires and a PhD in neuroscience at Rockefeller University. In 2006 he founded the Integrative Neuroscience Laboratory at the University of Buenos Aires, bringing together physicists, psychologists, biologists, engineers, educational and biotechnology scientists, linguists, mathematicians, artists and computer scientists. The group has wide interests in neuroscience and experimental psychology. Sigman's lab projects seek to understand the construction of confidence, and the decision-making process. Sigman will talk to Kim about his new book The Secret Life of the Mind, exploring the inner workings of the human brain.

Irish director Emer Reynolds' documentary, The Farthest, picked up three awards at the Dublin International Film Festival earlier this year. The Farthest tells the story of NASA's Voyager spaceships - Voyager I and Voyager II - through some of the women and men who worked on the mission from the launch in 1977. It has survived countless near misses and continues to beam information across huge distances with less computing power than a modern hearing aid. Its nuclear generator will work for perhaps another decade before the lights on Voyager finally go out - but the craft could travel on for millions of years, carrying the 'Golden Record' - bearing recordings and images of life on Earth. The Farthest is screening at the NZ International Film Festival. 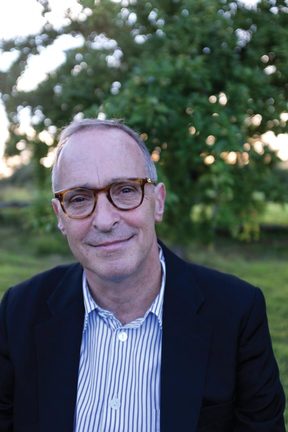 American humourist David Sedaris is the best-selling author of Barrel Fever and Holidays on Ice, as well as collections of personal essays, Naked, Me Talk Pretty One Day, Dress Your Family in Corduroy and Denim, When You Are Engulfed in Flames, and Let's Explore Diabetes with Owls. Sedaris is a regular contributor to The New Yorker and NPR's This American Life. There are a total of 10 million copies of his books in print and they have been translated into 29 languages. His latest publication is Theft by Finding - Diaries 1977-2002 - selections from the diaries that are the source of his essays. 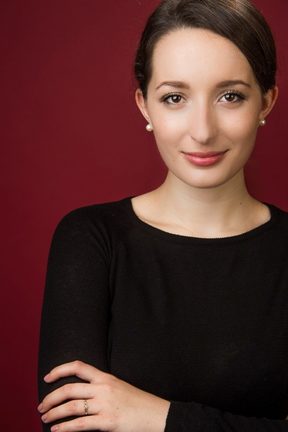 Lisa-Maria Neudert is a research assistant at the Computational Propaganda Project (ComProp) and a graduate student at the Oxford Internet Institute (OII). She talks to Kim about the ComProp data memo on social bots and fake news during the German Federal Elections, which she authored as part of the wider study into the impact of the use of social media to manipulate public opinion in several countries during election campaigns, recently released by the OII. Selected as a Fulbright and German Academic Exchange (DAAD) Scholar, Neudert studied Communication Technologies & Diplomacy at the Georgetown University, Washington DC; and holds a Bachelor of Arts in Communication Science and Economics from the Ludwig-Maxmillians-University, Munich. 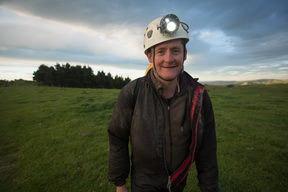 Marcus Thomas is a full-time graphic designer, as well as a writer and photographer, based in Wellington. He has spent a lifetime exploring New Zealand's underworld and been at the forefront of exploring the longest cave system, Bulmer Cavern. Neil Silverwood hails from the West Coast and is a professional photographer specialising in places many would consider too difficult or dangerous to go for a photo. Assignments have been as varied as capturing New Zealand's wildest canyons to skiing in war-torn Afghanistan. Silverwood regularly shoots for a range of magazines both within New Zealand and around the world, including regular contributions to New Zealand Geographic. Thomas and Silverwood have just published a book, Caves: Exploring New Zealand's Subterranean Wilderness, which takes readers on a journey into New Zealand's longest and deepest caves, through one of the world's most dangerous cave dives, and prospecting for a totally new kind of cave on a South Island glacier 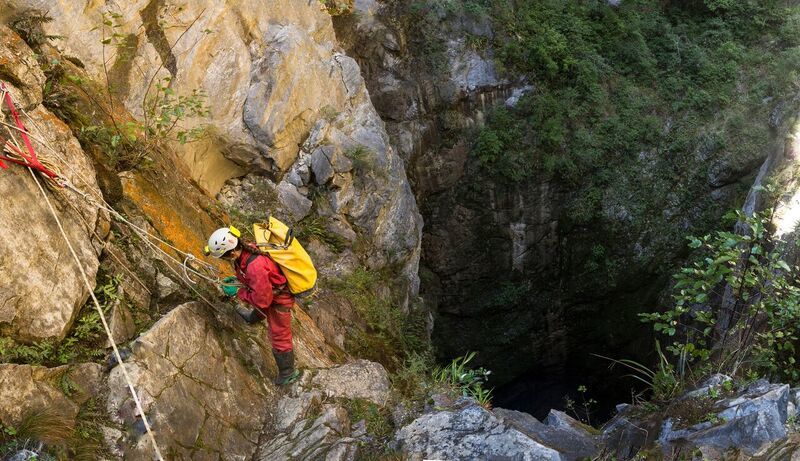 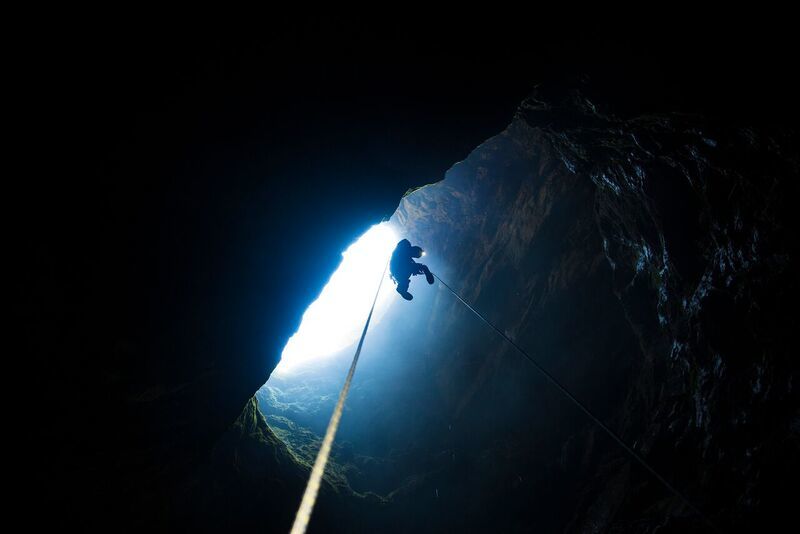 A caver halfway down the main shaft of Harwood Hole 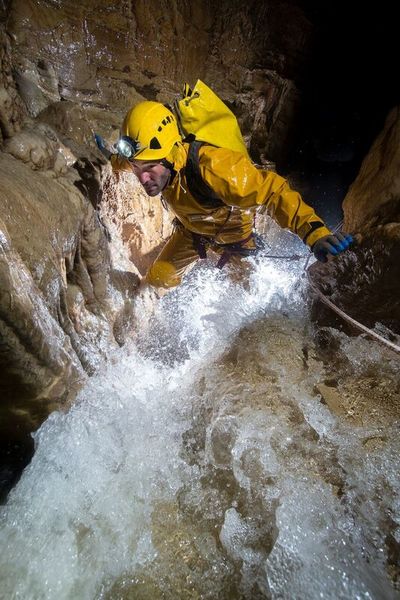 After rain, the main streamway of Harwood Hole becomes challenging to travel 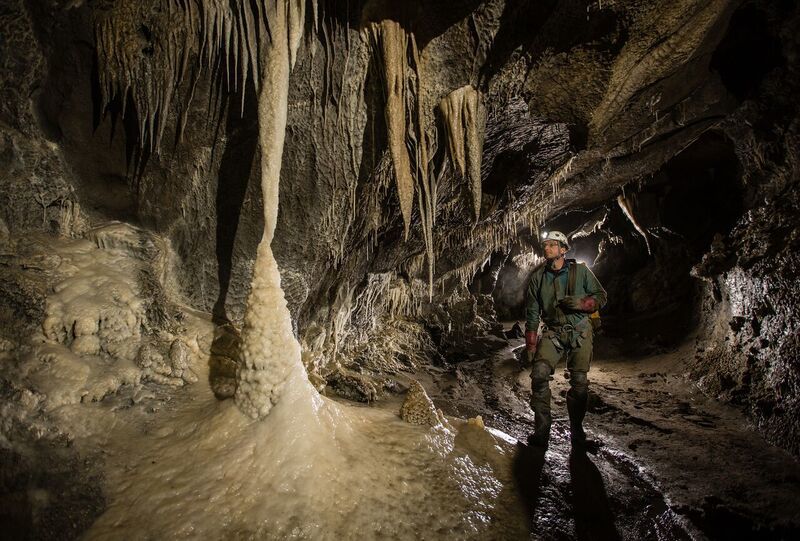 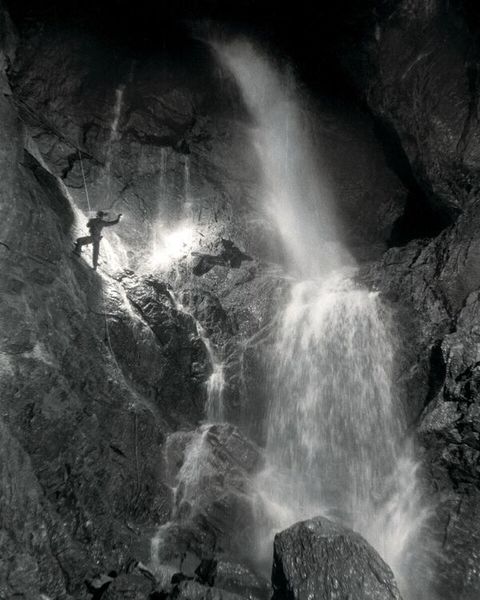 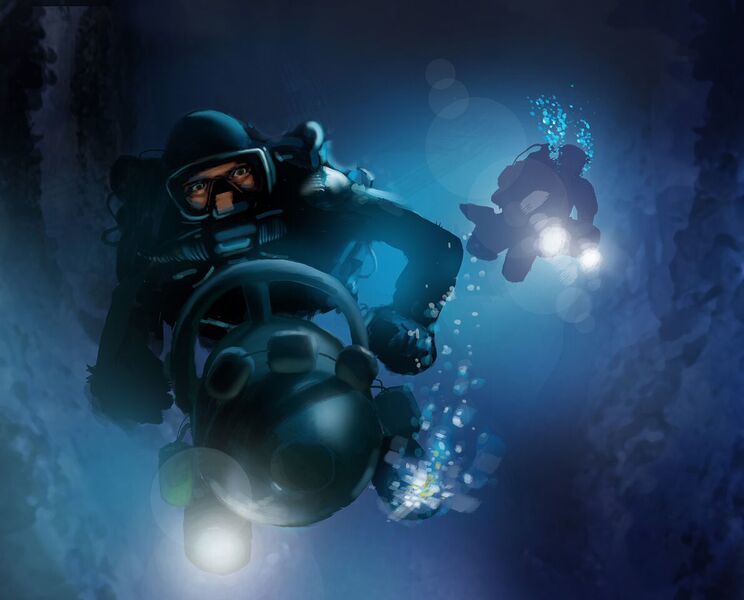 At -229m, the deepest dive into the Pearse to date, one of the main lights on a scooter imploded due to the extreme pressure 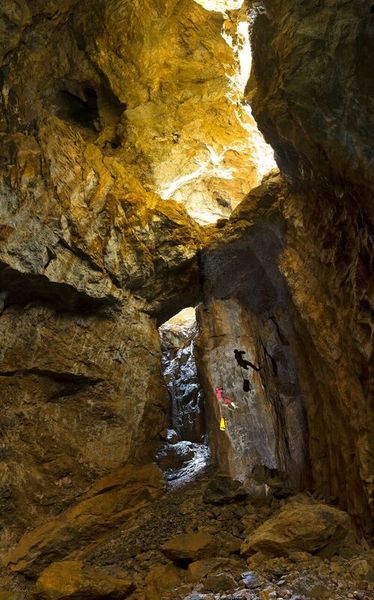 A caver ascends 40m in the Bulmer Cavern main entrance 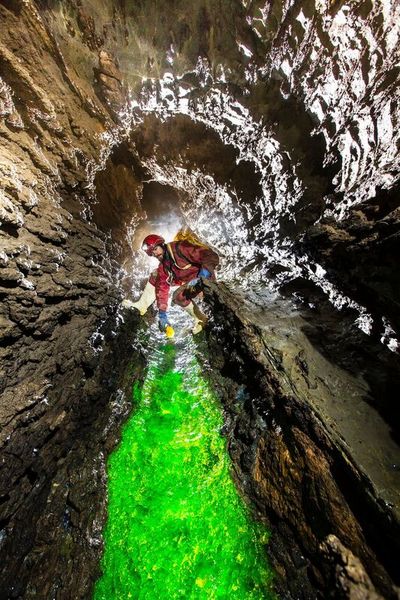 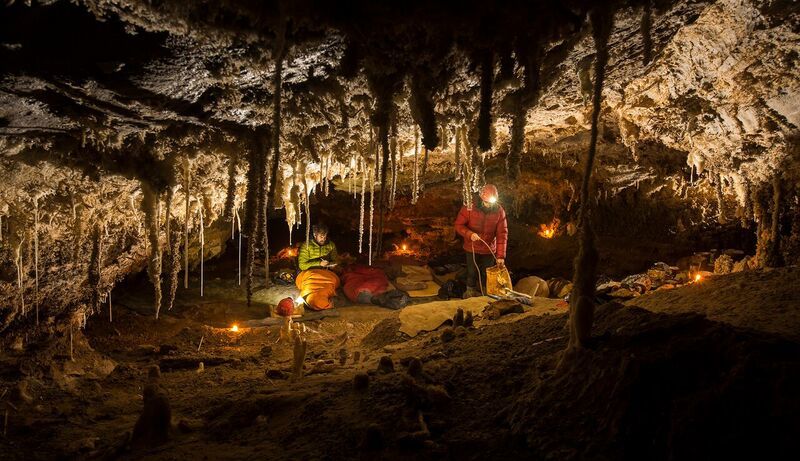 Bulmer's 'Camp Two' is six hours caving from the surface 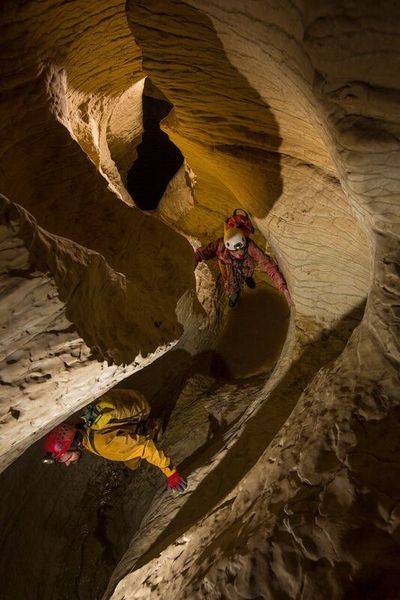 A classic s-bend in a waterworn canyon

The Secret Life of the Mind

by Marcus Thomas and Neil Silverwood