On Saturday Morning this week:  Kim starts by discussing unfolding events in Syria with Massey University's Professor Rouben Azizian; talks to RNZ colleague Alison Ballance about a ten year project to tag and track all the great white sharks in New Zealand waters; Sequoia di Angelo, daughter of one of New Zealand's finest mountaineers, the late Marty Schmidt, talks about the pain of losing her father and brother on K2 - and how it inspired her own climbing passion; visiting Danish professor Frederik Stjernfelt on his latest book, which is causing a bit of a stir back in Europe: in it, he contends Martin Luther rivaled the leaders of ISIS today; Walter Scheidel on his new book The Great Leveler, which posits that only violence can bring about a more equal world; Palestinian-in-exile poet Rafeef Ziadah on the anguish that drives her work; British actor Bill Nighy swings by to talk about his new movie Their Finest; and Saturday Morning regular Kate Camp on her upcoming Katherine Mansfield residency to the French Riviera town of Menton. 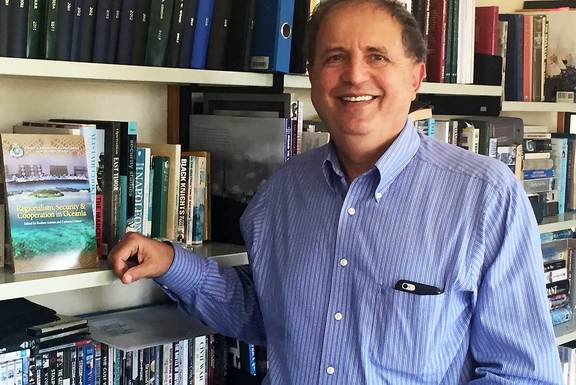 Professor Rouben Azizian is the director of Massey University's Centre for Defence and Security Studies. He's taught across New Zealand and the US, after a first career in diplomacy. Born and educated in Armenia’s capital Yerevan, he studied at Moscow’s prominent University for International Relations (Armenia was a constituent republic of the Soviet Union from 1922 until 1991) and spent 12 years in South Asia, including missions to Nepal and Sri Lanka.  Professor Azizian made headlines in New Zealand as the Soviet Union’s acting ambassador in Wellington at the time the Soviet Union dissolved in 1991. An Evening Post article featured a photo of him next to the new Russian flag replacing the Soviet hammer and sickle flag at the embassy in Karori. He is the author of numerous papers and books, including many on how Russia views the Asia-Pacific.

Alison Ballance is the producer and presenter of Radio New Zealand's Our Changing World , which delves into the world of science, nature and the environment; she was formerly a wildlife filmmaker for National History New Zealand. A shark enthusiast,  Ballance has swum with 15 kinds of sharks, including a 4-m long tiger shark. Ballance has just released a book,New Zealand's Great White Sharks: How Science is Revealing Their Secrets  about a ten-year project  which her partner Malcolm Francis co-lead, to tag and track the great white sharks found around New Zealand. 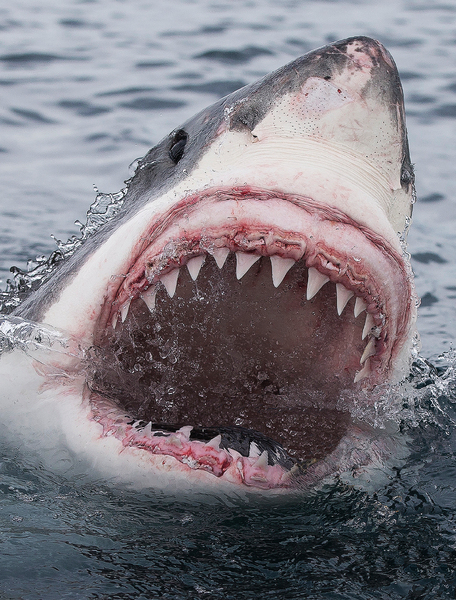 The shark has shot its top jaw forward as it comes in to bite. Photo by Mark Enarson. 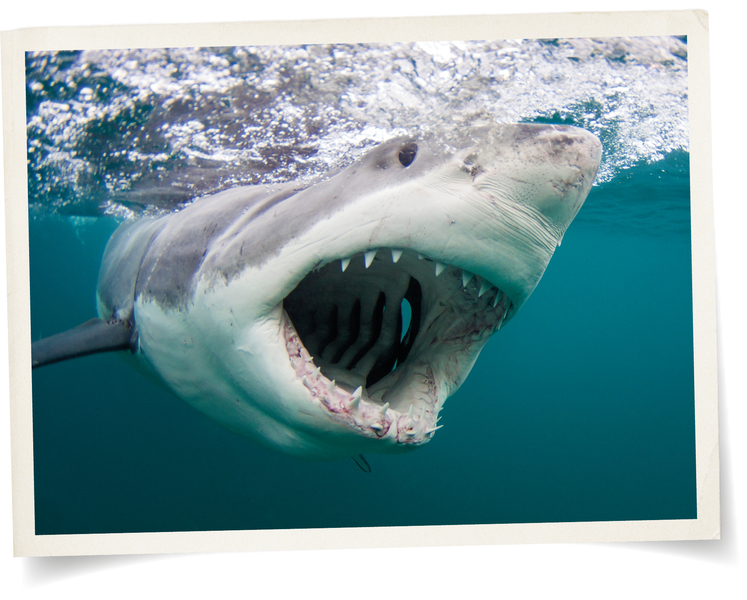 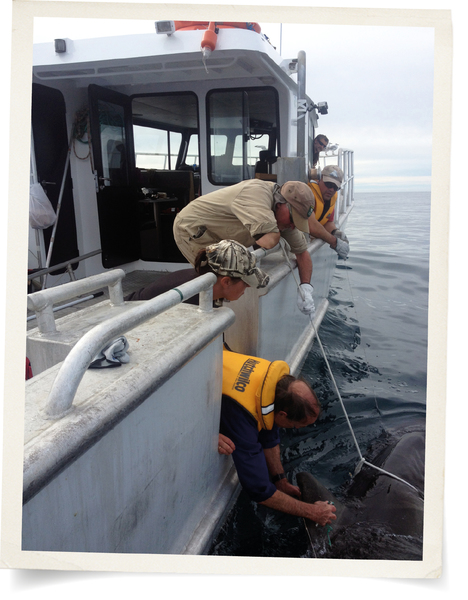 The month after Nicholas Cage disappears, Clinton and Malcolm attach a SPOT tag to a female great white shark at Stewart Island. They name her Pip. Photo by Warrick Lyon. 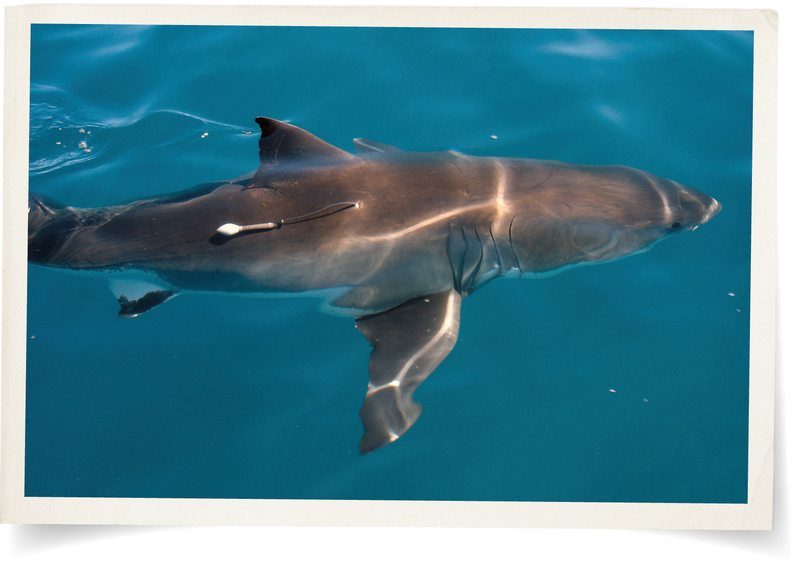 PAT tags and acoustic tags are designed to be streamlined and sit in the flow of water along the shark’s body. Photo by Clinton Duffy 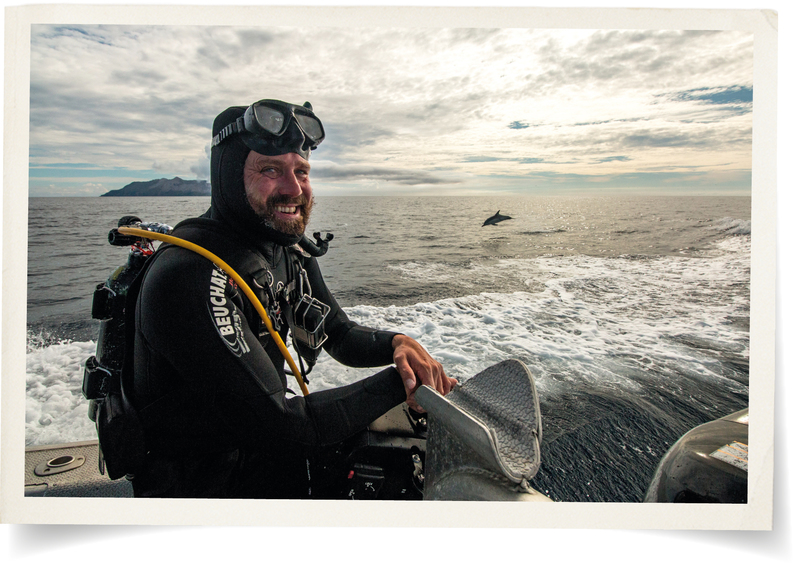 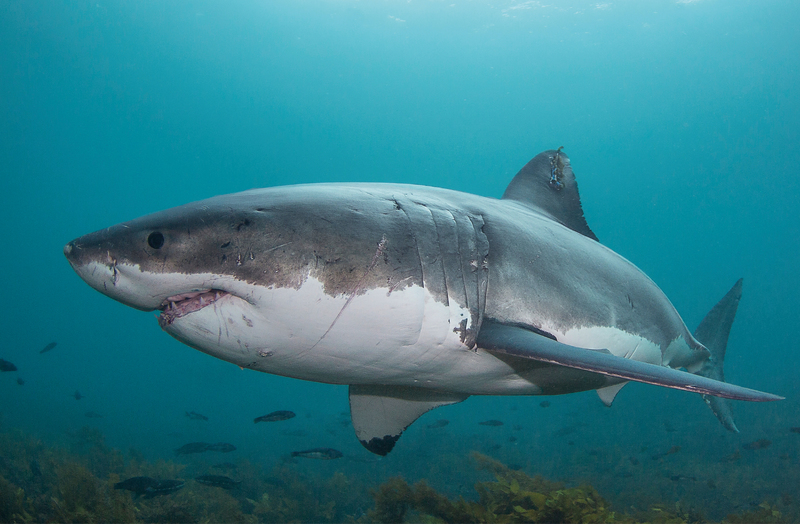 Caro is named after Kina Scollay’s wife and she was 3.7 metres long when she was tagged with a SPOT tag at Stewart Island in 2014. She was tracked to Fiordland and the Auckland Islands, as well as the outer Great Barrier Reef. Her SPOT tag has become overgrown, but hasn’t yet fallen off. Photo by Mark Enarson. 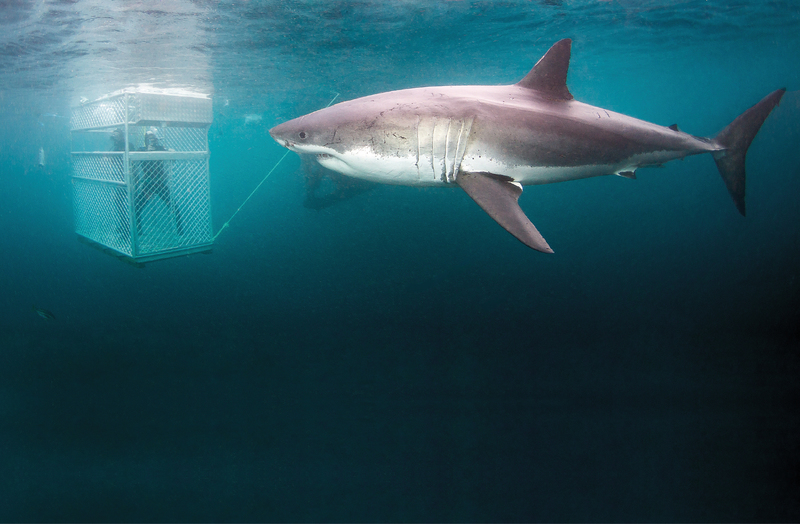 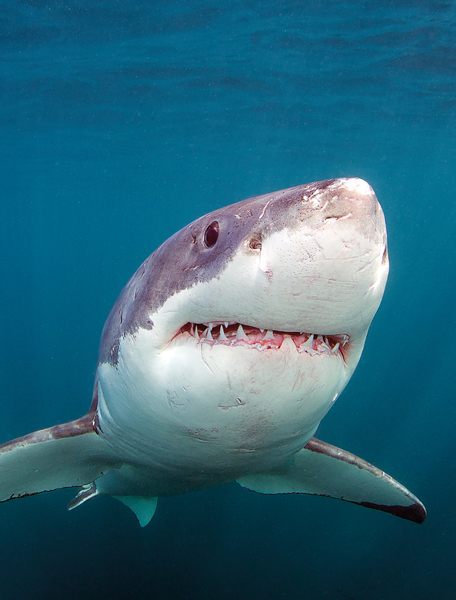 Great whites have 24 lower teeth and 26 upper teeth. Behind these, there are five rows of developing teeth that are ready to rotate into place if a tooth gets broken or falls out. Photo by Mark Enarson. 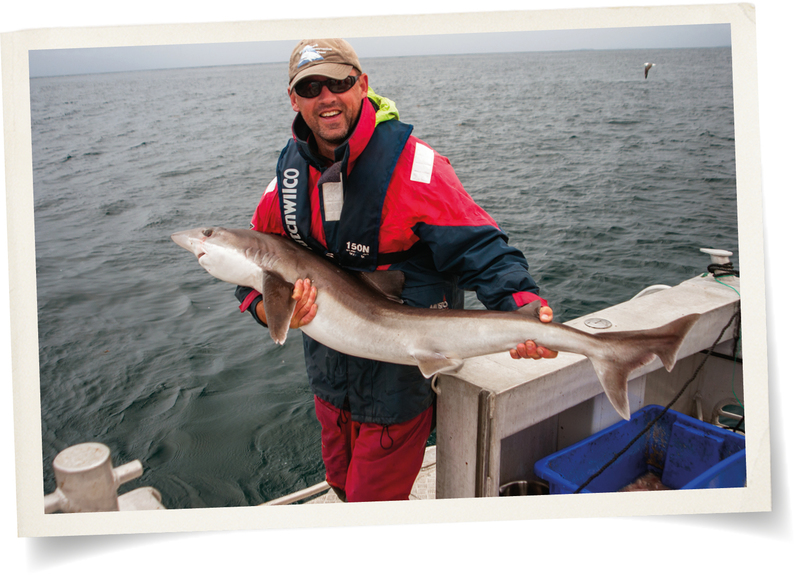 Clinton Duffy about to return a shark the water. Photo by Malcolm Francis. 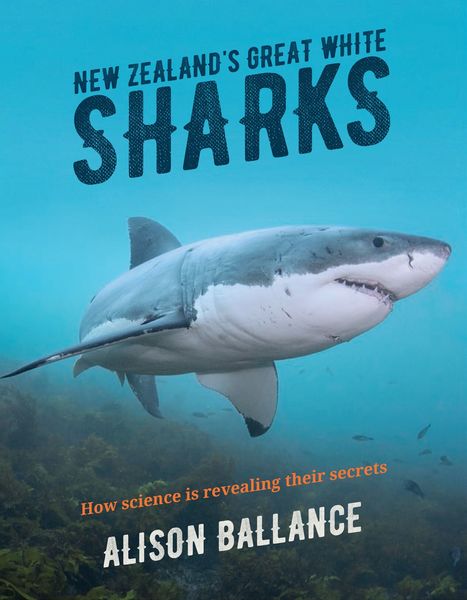 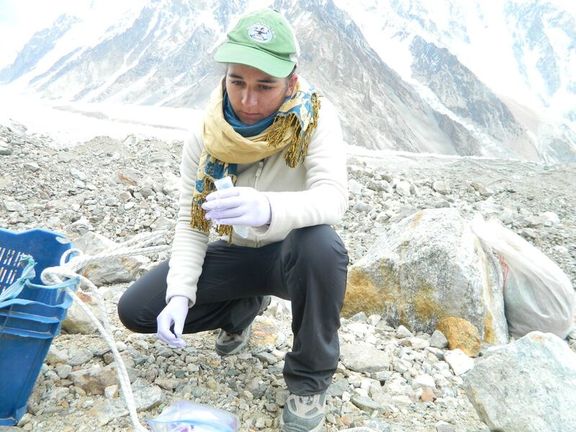 Kiwi-born adventurer Sequoia di Angelo is the daughter of renowned NZ/American mountain climber Marty Schmidt and sister of 25-year-old Denali Schmidt, who both died in an avalanche on K2 in 2013.  After seeing an online promotional video for K2 which featured what she thought were the remains of her family members, di Angelo travelled to K2 in a bid to recover the bodies of her father and brother.  That trip, and the events that followed, inspired her autobiographical book Journey of Heart.  Sequoia is currently undertaking an 'adventure' tour of New Zealand, during which she will ascend Mt Aspiring - a mountain her father climbed 18 times prior to his death on K2.  She'll also be biking the length of the country, and reading from Journey of Heart at nine venues. 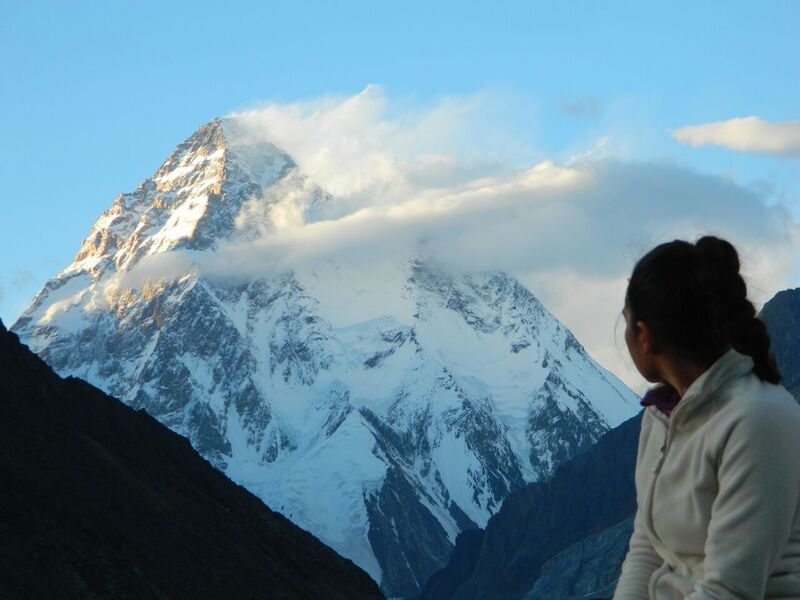 Sequoia in front of K2 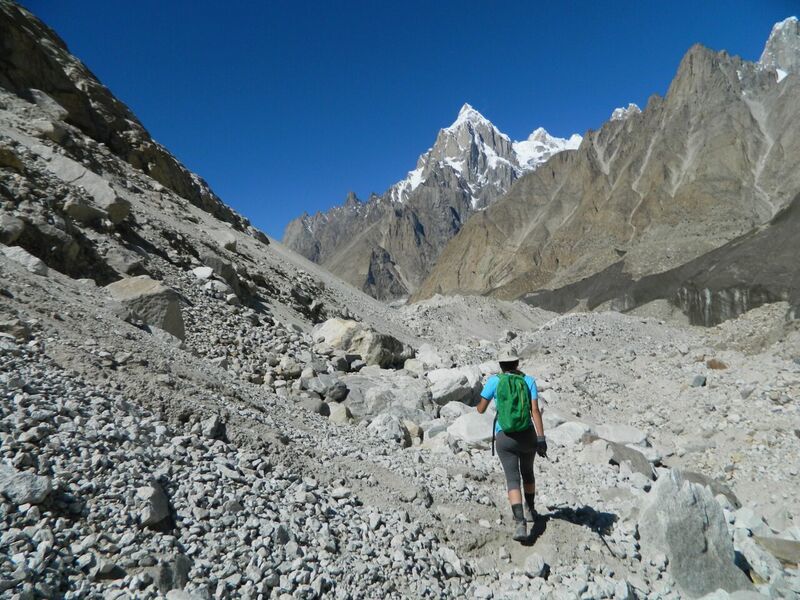 Trekking to base camp of K2 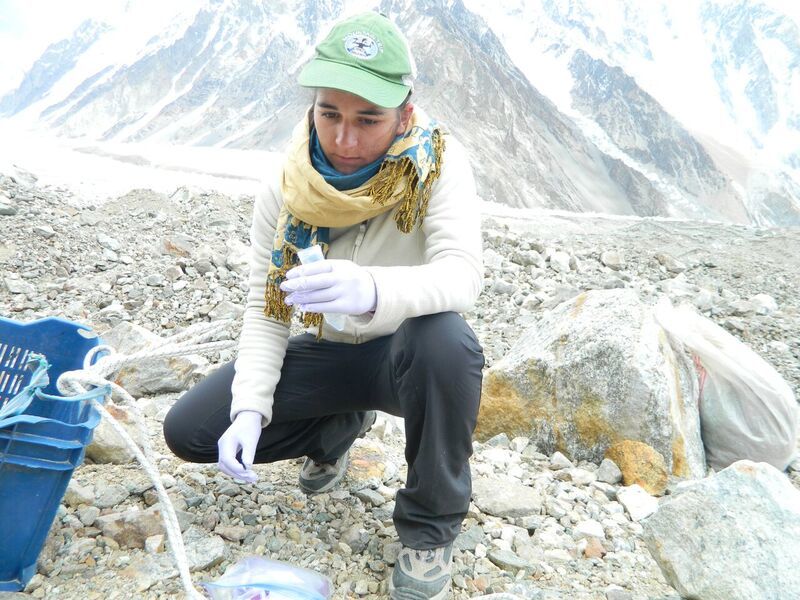 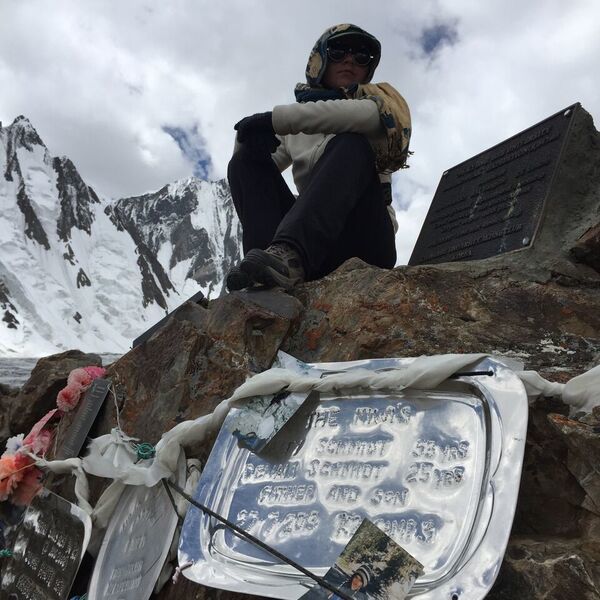 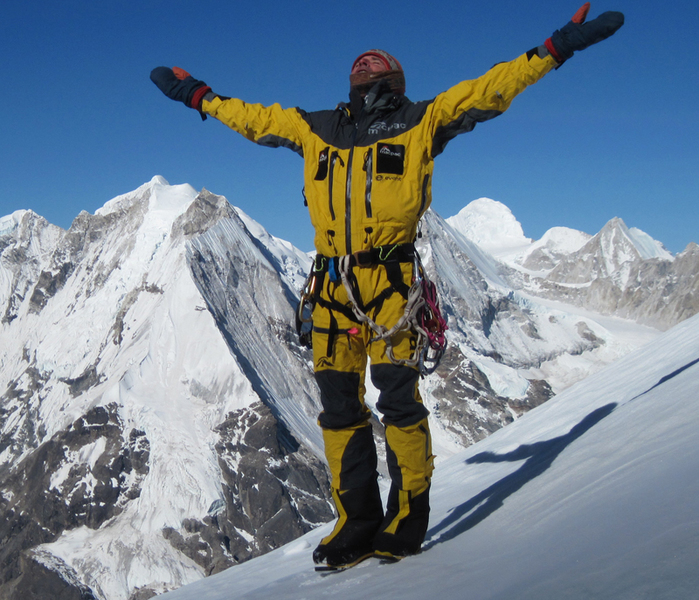 Marty Schmidt in the Himalayas 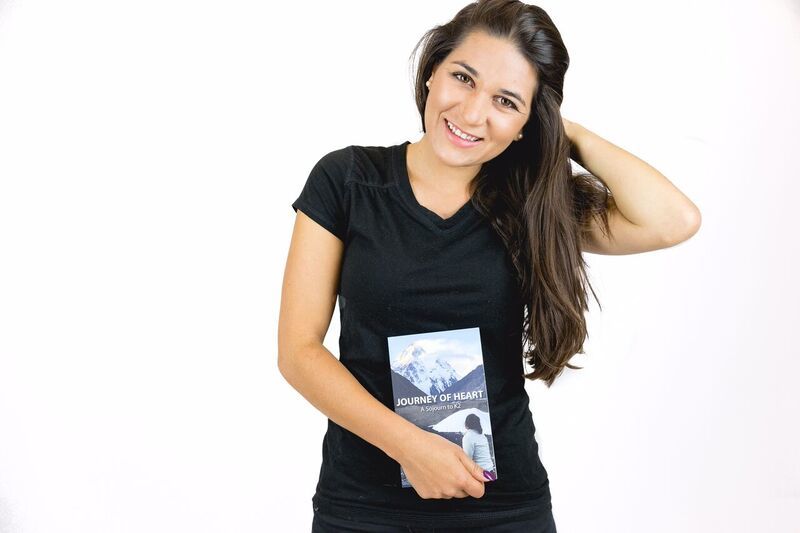 Sequoia with her book 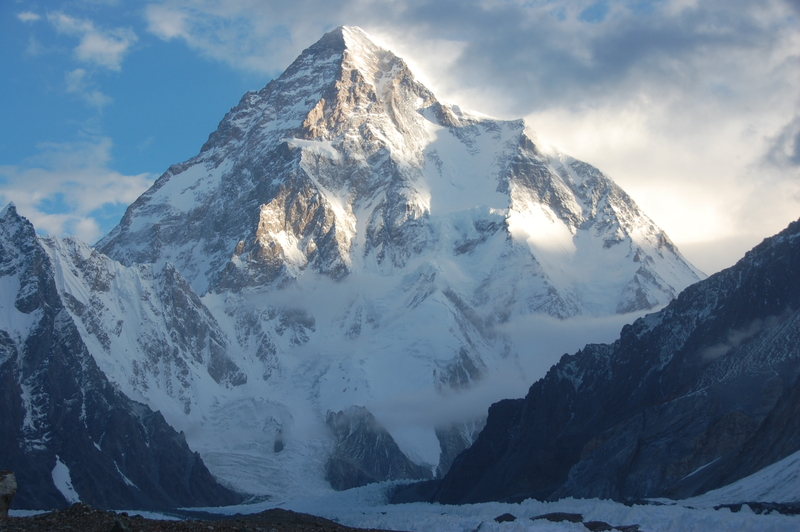 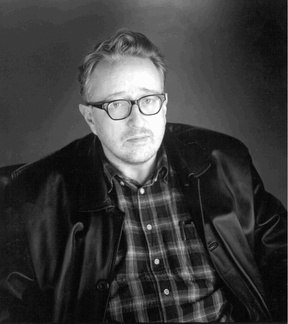 Visiting Danish academic Professor Frederik Stjernfelt was enjoying a peaceful Erskine Fellowship at the University of Canterbury until last week, when his new book hit shelves in his home country and across Europe.  He's now the subject of intense media interest because of that book -  Syv Myter Om Martin Luther (Seven Myths About Martin Luther), which explodes the myth, cherished by Europeans, that Luther was the father of tolerance, free speech and religious enlightenment. Stjernfelt contends Luther instead rivalled the leaders of ISIS today: he orchestrated public executions and savagely repressed ideas of tolerance and free speech, as well as authoring plans for the forcible removal of Jewish populations that matched those of Nazi Germany.

Walter Scheidel is the Dickason Professor in the Humanities, Professor of Classics and History, and a Kennedy-Grossman Fellow in Human Biology at Stanford University. The author or editor of sixteen previous books, he has published widely on premodern social and economic history, demography, and comparative history. His latest work, The Great Leveler: Violence and the History of Inequality From the Stone Age to the Twenty-First Century, suggests "only all-out thermonuclear war might fundamentally reset the existing distribution of resources", and that history has shown that peaceful policy reform alone will not cure growing inequality. He cites the end of the Roman Empire and the Cuban revolution as just two examples. 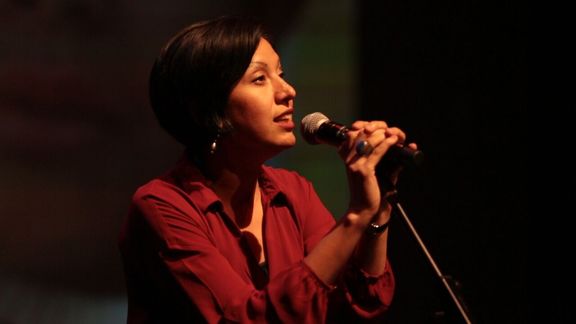 Rafeef Ziadah is a Palestinian spoken word poet and human rights activist born in Beirut, raised across several countries as a result of being one of thousands of stateless Palestinians; tertiary educated in Canada, she now lives in London. Her poems reflect both frustration and sorrow at the Palestinian struggle against occupation.  The performances of her poems We Teach Life, Sir  and Shades of Anger  became viral sensations shortly after being released.  Ziadah is in New Zealand for events in Christchurch, Wellington and Auckland (7th, 8th and 9th of April), where she will perform her work backed by original music compositions by Phil Monsour, and supported by local poets and Palestinian Dabke dancers. 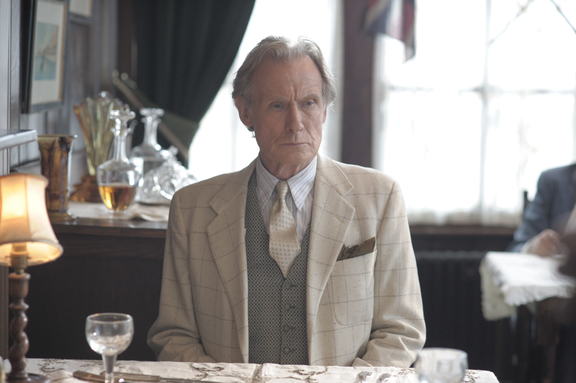 Bill Nighy is an award-winning British character actor. After a stab at a writing career, Nighy wound up training at Guildford School of Dance and Drama in London, and has since then worked consistently in film, television, and on stage.  His big break in feature films came with his memorable performance as washed-up pop singer Billy Mack in Love Actually (2003), which won him a BAFTA for best supporting actor; he's also appeared in Pirates of the Caribbean: Dead Man's Chest (2006) and  Harry Potter and the Deathly Hallows: Part 1 (2010) amongst dozens of others. On winning a Golden Globe for Gideon's Daughter in 2007, Nighy famously said "I used to think that prizes were demeaning and divisive, until I got one, and now they seem sort of meaningful and real."  He's in New Zealand to promote his new film, Their Finest, which depicts a British film crew's attempts to boost morale during World War II by making a propaganda film after the Blitzkrieg.

Kate Camp has published five collections of poetry, and a sixth collection, The internet of things, has just been released. She is the recipient of the 2017 Katherine Mansfield Fellowship, and heads off to Menton, a town on the French Riviera in southeast France in late April. She'll discuss her new poetry collection with Kim, as well as what she's expecting to do on her Katherine Mansfield Residency. 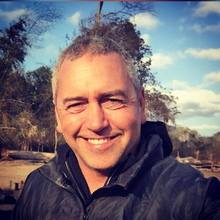 Last year I spoke to Chris Hay who is the creative director at Locales - a company which specialises in building place based websites. A few months ago their site, the Rangihoua Heritage Park Digital Tour, went live. It outlines the story of the first interactions between Maori and Pakeha in the Bay of Islands. Such is the incredible work of the team on the site it has been nominated for a Webby. The Webby  means it has been recognised at one of the top five sites in the world in the cultural category. It's also up for the People's Voice award where the public can vote for the site. To help their chances in this category we have the link here for you. You can vote by clicking here.  The public can vote until April 20th.

The Great Leveler: Violence and the History of Inequality from the Stone Age to the Twenty-First Century