Saturday Morning for Saturday 14 May 2016

Charles Foster is a Fellow at the University of Oxford. Much of his life has been spent on expeditions (he ran a 150 mile race in the Sahara and skied to the North Pole), and he has written or contributed to over 35 books. A passionate naturalist, he took on the neuro-scientific and literary challenge of living like a fox, badger, otter, deer and swift, to write his latest book, Being a Beast (Profile Books).

Robyn Gallagher is based in Raglan, and works in the internet and broadcasting industries. She writes the blog 5000 Ways to Love You, documenting every NZ On Air-funded music video, and is currently in Stockholm, Sweden, for the 2016 Eurovision Song Contest.

Cory Taylor is a celebrated Australian novelist (Me and Mr Booker, My Beautiful Enemy), screenwriter, and children’s book author. She wrote her last book, Dying: a Memoir (Text Publishing), while dying of melanoma-related brain cancer.

10:05 Michel Faber
Michel Faber is an award-winning author of novels, novellas, short stories and non-fiction. His 2000 novel, Under the Skin, was adapted as a film in 2013, and he has said that his 2014 work of fiction, The Book of Strange New Things, will be his last. He will speak at an event and a workshop at the Auckland Writers Festival (10-15 May). 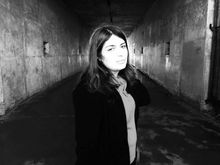 Rokhsareh Ghaemmaghami is an Iranian filmmaker. She will present her award-winning feature-length documentary Sonita, about an young female Afghani refugee, at DocEdge, the 11th International Documentary Edge Festival in Wellington (13, 15 May) and Auckland (19, 29 May). 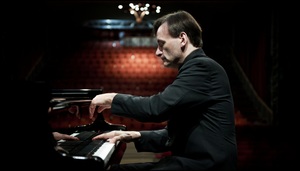 Stephen Hough is a composer, poet, painter and Daily Telegraph columnist, and was named one of twenty Living Polymaths by The Economist, and one of the 25 greatest pianists of all time by Classic FM. He is a Governor of the Royal Ballet Companies, received a CBE for services to music in 2014, has written music for orchestra, choir, chamber ensemble and solo piano, and has more than 50 recordings to his credit. He is visiting New Zealand to perform Johannes Brahms’ Piano Concerto No. 2 with the NZSO, under guest conductor Gustavo Gimeno, in Wellington (13 May), Dunedin (18 May), Christchurch (19 May) and Auckland (21 May).

Painter, poet, curator and writer Gregory O'Brien is the author of a number of books. His latest book is See What I Can See: New Zealand Photography for the Young and Curious (Auckland University Press). He will discuss two new collections of poetry: Fale Aitu | Spirit House by Tusiata Avia (VUP) and The Lives of Coat Hangers by Sudesh Mishra (Otago University Press).