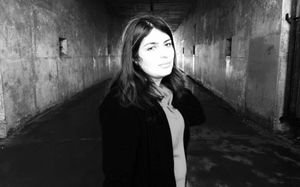 Rokhsareh Ghaemmaghami is an Iranian filmmaker who has documented the story of young Afghani refugee Sonita Alizadeh in her feature-length documentary Sonita.

Sonita is a young refugee who was destined to be sold as a bride so that her brother could buy himself a bride.

But she argued for her freedom, and as a rapper made her case in her lyrics too, despite the fact women in Afghanistan aren't allowed to sing in public.

Rokhsareh Ghaemmaghami heard about Sonita's story through her cousin and decided to document her story.