Charlie Frye and his wife Sherry are an internationally renowned variety act based in Las Vegas who have been touring globally for the last twenty years, specialising in silent comedy, magic, juggling, slapstick, and acrobatics. Charlie is delivering a lecture at the Wellington Magic Convention (24-26 October), and they are the Convention’s headline act at the public performance on Saturday night, Magicians in the Capital.

Richard Fairgray has been creating and publishing comics since he was seven years old. He is Editor in Chief of Square Planet Comics, and is best known for his series Blastosaurus. He also writes and illustrates children’s picture books, including the Morgan series, and Gorillas In Our Midst (SkyPony Press). He is a guest at the Armageddon Expo 2015 at the ASB Showgrounds, Auckland (23-25 October).

Philip Smith is the owner of Auckland-based landscape design company O2 Landscapes Ltd, and David Straight is a Christchurch-born photographer. They met at a mutual friend’s dinner, and the ensuing discussion led them to make the “deeply uncommercial decision” to spend two years creating the new book, Vernacular: the Everyday Landscape of New Zealand (Potton and Burton, ISBN: 978-1-92721-349-0). 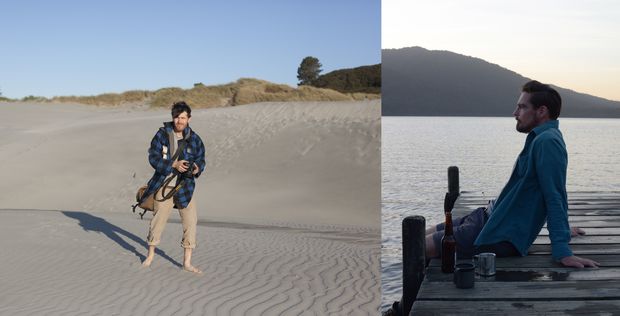 American-Iranian director and screenwriter Ramin Bahrani gained widespread acclaim for his debut feature Man Push Cart in 2005, and for 2007’s Chop Shop, 2008’s Goodbye Solo, and 2012’s At Any Price. His new feature film about mortgage foreclosures and morality, 99 Homes, opens in New Zealand on 29 October.

Dr Christopher Longhurst, works as a lecturer (operatore didattico) at the Vatican Museums in Rome leading tours, lecturing, and conducting seminars. For the past two years he has been living and working in Morocco as Professor of Philosophy and Chair of the Islamic Studies Program at Al Akhawayn University in Ifrane. His field of study is theological aesthetics or the interdisciplinary study of religion and art.