Philip Wen is the China correspondent for The Sydney Morning Herald and The Age, based in Beijing, and will discuss the viral documentary, Under the Dome. The film by Chinese journalist Chai Jing has been called China’s An Inconvenient Truth and tells her personal story alongside a comprehensive look at pollution in China. It has received more than 200 million online views since its release last weekend.

Leslee Udwin is a British film maker, whose documentary film India’s Daughter tells the story of the gang rape and murder of a young woman in Delhi in December 2012, and the ensuing social fallout. The documentary was shown on BBC Four earlier this week ahead of its planned release date of March 8 (International Women’s Day), following attempts by the Indian Government to suppress its release.

Dr Marilyn Waring is Professor of Public Policy at AUT University. She spoke at the International Women’s Day Celebration Breakfast at Parliament Buildings, on 6 March. 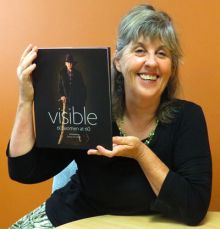 Jenny O’Connor is a photographer and author. An exhibition of the images from her book, Visible: 60 Women at 60 (Phantom House Books), is on display at Pataka Museum in Wellington (to 29 March).

Robbie Burton is the executive director and publisher of Potton and Burton, which changed its name from Craig Potton Publishing this week to better reflect the diversity of its publishing catalogue, and Burton’s role at the company.

11:05 Brett Bailey: Macbeth in the Congo

Brett Bailey is the director of South African performance company Third World Bunfight. Their latest production, Macbeth, is a radical take on Verdi’s opera, set in modern-day Congo, and mixing the original score with rearrangements by Belgian composer Fabrizio Cassol, performed by an on-stage chamber orchestra and African singers. Macbeth is playing at the Auckland Arts Festival (ASB Theatre, 11, 12, 14 and 15 March).