Karen Armstrong is Britain’s foremost scholar of world religion and the author of a number of books, most recently Fields of Blood: Religion and the History of Violence (The Bodley Head, ISBN: 978-1847921864). She launched the Charter for Compassion as a global peace initiative in 2009.

Sam Hall-McMaster is studying at Otago University, and is the winner of the third Sir Paul Callaghan Award for Young Science Orators, announced at the 2014 Eureka! Symposium on 10 October. His presentation was about nanotechnology. 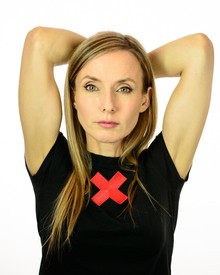 Australian-born artist Natalie Jeremijenko, whose work blends engineering, bioscience, art and design, is an Associate Professor in Art at the Steinhardt School of Culture, Education & Human Development, New York University. She is visiting New Zealand to deliver one of the keynote addresses, Reimagining Environmentalism, at the art and science symposium Breaking Ice, in Christchurch (11 October). She will also visit Wellington to deliver her xLECTURE at the Massey School of Art (12:00pm, 14 October), and speak at the panel discussion, Re-integrating Art, Design and Science for a Future World, at the Royal Society of New Zealand (6:00pm, 14 October).

Dave Dobbyn and Don McGlashan are two of New Zealand’s pre-eminent songwriters. They will perform on stage together on the 2015 Winery Tour, joined by Supergroove and Anika Moa. The Winery Tour will play nine shows in nine wineries around New Zealand between late January and the start of March (Tauranga, Auckland, Matakana, Havelock North, Martinborough, Hamilton, New Plymouth, Upper Moutere and Waipara).

Kirsty Gunn is a novelist (Rain, The Big Music) and short story writer, and Professor of Creative Writing at the University of Dundee. She writes about her “Katherine Mansfield project” in her recently published book Thorndon: Wellington and Home (BWB Texts, ISBN: 978-1-927277-67-6), which is part of the BWB Texts series (“short books on big subjects”) from Bridget Williams Books. Kirsty Gunn is giving two 1:30pm talks at the Aspiring Conversations festival of ideas in Wanaka this weekend: Telling Stories (11 October), and Where is Home? (12 October, with Vincent O’ Sullivan).

Martin Edmond is a writer of non-fiction, biography, poetry and screenplays. His new book, Barefoot Years
(BWB Texts, ISBN: 978-1-927277-67-6), is a memoir
of childhood, and part of a longer forthcoming work.

Hannah August was given the tricky job of identifying ten representative Wellingtonians who were involved in World War 1, as part of the city’s free multi-media event, Wellington - Lest We Forget, curated by the Wellington City Council in association with Nga Taonga Sound and Vision (formerly The Film Archive) and Te Papa to commemorate the departure of the Expeditionary Force of ten ships taking to war on 16 October 2014. She also selected the footage for three archival pieces which will be projected onto three public buildings in the CBD to mark this occasion. 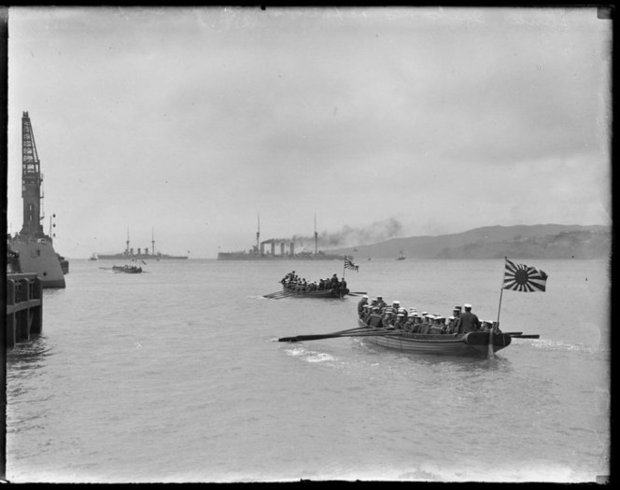 The Mutton Birds: The Heater
The 1994 single from the album: Salty
(Virgin)
Played at around 10:20

Don McGlashan & the Seven Sisters: Bathe in the River
From the 2009 album: Marvellous Year
(Arch Hill)
Played at around 10:45