Professor Robin Grimes is the British Foreign Office Chief Science Adviser, a nuclear energy specialist, and Professor of Materials Physics at Imperial College. He is visiting New Zealand as a guest of the British High Commission to speak at The Energy Conference 2014 in Wellington, presented by the National Energy Research Institute and the University of Otago.

Nicolai Petro is professor of politics at the University of Rhode Island, and is currently a Fulbright research scholar in Ukraine.

Dr Davinia Caddy is a senior lecturer at Auckland University’s School of Music, a flautist, and the author of How to Hear Classical Music (Awa Press). She will discuss harmony.

Irish musician Damien Dempsey has been recording since 2000, and is now one of the biggest stars in his own country. He has just released It's All Good, The Best of Damien Dempsey (Clear Records), and visits New Zealand for the first time with four solo shows, in Wellington (22 March), Christchurch (27 March), Dunedin (28 March), and Auckland (29 March). 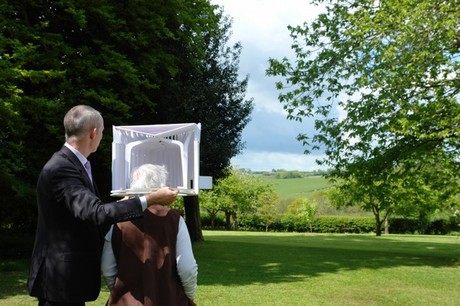 Swiss born, Irish educated and London based architect Niall McLaughlin is a visiting Professor of Architecture at University College London. He established his own practice in 1990, won Young British Architect of the Year in 1998, was one of the BBC Rising Stars in 2001 and his designs have won many awards in the UK, Ireland and the United States. As guest lecturer for the 2014 Futuna Lecture Series, he speaks in Auckland (19 March), Christchurch (20 March) and at Futuna Chapel’s Open Day in Wellington (23 March).

Damien Dempsey: It’s All Good
From the 2013 compilation album: It's All Good: The Best of Damien Dempsey
(Clear Records)
Played at around 10:10

Sinead O’Connor: Famine
From the 1994 album: Universal Mother
(Ensign)
Played at around 10:30

Luke Kelly: Schooldays Over
From the 2010 compilation album: The Definitive Collection
(Celtic Airs)
Played at around 10:40

Bob Marley: War
From the 1976 album: Rastaman Vibration
(Island)
Played at around 10:45

Damien Dempsey: Colony
Live in the Wellington studio of Radio New Zealand
Played at around 10:55

Laura Cantrell: All the Girls Are Complicated
From the 2013 album: No Way There From Here
(Cadiz Music)
Played at around 11:45