08:10 How not to start an orphanage: Tara Winkler 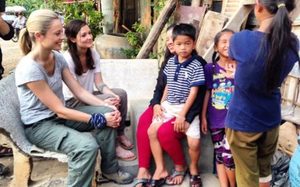 In her early 20s, Australian woman Tara Winkler became responsible for 14 children when she rescued them from an abusive Cambodian orphanage. Less than a decade later, Tara is a firm believer in children being supported to stay with their families rather than being institutionalised. She set up the Cambodian Children's Trust to provide children with emotional security and the opportunities they need to break the cycle of poverty - including education - and has helped hundreds of children to live better lives. In 2011 Tara was awarded NSW Young Australian of the Year in recognition of her work with CCT, and her first book, How (Not) to Start an Orphanage, is published by Allen & Unwin.

Food historian Dr. Annie Gray talks about the history of the now global tradition and how it has evolved from the Georgian and Victorian eras. She also describes some of the dubious-tasting wartime hacks for afternoon tea cakes. Talk to her on Twitter.

09:05 How to fix the digital economy: Douglas Rushkoff 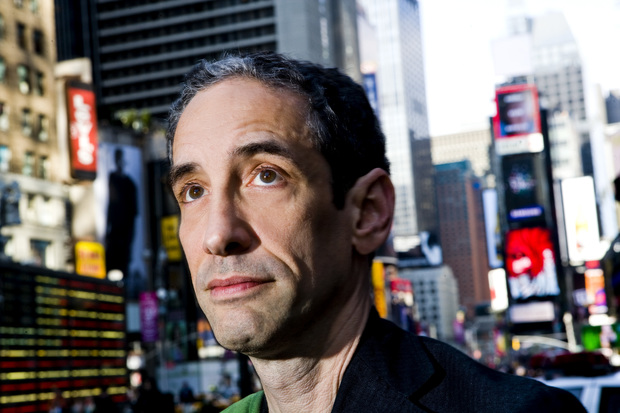 Media theorist, professor, and graphic novelist Douglas Rushkoff's been in love with the internet since its cyberpunk beginnings. But in his latest book, Throwing Rocks at the Google Bus: How Growth Became the Enemy of Prosperity, he explains how the digital economy failed to live up to its promise - and how we could still fix it. MIT named him the world's sixth most influential thinker, and he has written more than a dozen bestselling books - and made several documentaries - about media, technology, and culture. He is Professor of Media Theory and Digital Economics at CUNY/Queens in New York, and is speaking at the Open Source Open Society conference in New Zealand in August. Talk to him on Twitter. 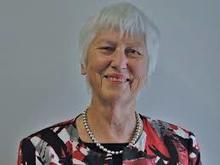 Karen Sewell's contribution to the education sector has been recognised in this year's Honours list. She's been made a Dame Companion of the New Zealand Order of Merit. She spent 50 years working in the sector in a large number of roles, including Chief Executive of the Ministry of Education and Secretary for Education. She has also been the Chief Executive and Chief Review Officer for the Education Review Office. Dame Karen remains active in education as the chair of the Te Aho o Te Kura Pounamu Correspondence School and is a board member of the Australia and New Zealand School of Government.

Stony Brook University Psychology Professor Arthur Aron has been a scientist of love for almost 50 years. He specialises in human closeness, the overlap between other and self, and relationship quality, and friendship. In 1997, he created an experiment to bring strangers closer together, in which two people ask each other 36 strategically constructed questions. The so-called "36 questions" experiment went viral last year, after a New York Times essay reported using it with her partner as they fell in love. Find a partner and try the 36 questions.

Dr. Aron works alongside his wife, Dr. Elaine Aron, who's an expert on the highly sensitive person. 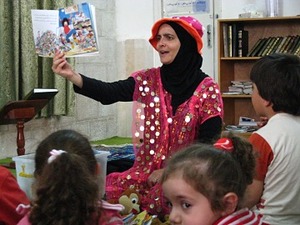 Jordanian molecular biologist Dr. Rana Dajani wanted Jordanian children to read for pleasure; while the average person in the United States reads 11 books for pleasure a year, Jordanians read just half a page, despite being highly educated. She started the We Love Reading initiative to change her community, then the Middle East, and the world. She also runs the Three Circles of Alemat mentoring programme for Muslim women scientists, regularly writes for Nature Journal, and teaches evolution and other molecular biology at Hashemite University. She is a former Fulbright scholar who has worked with the United Nations and the Clinton Global Initiative.

Young adult fiction writer Louise O'Neill won an Irish Book Award for her first novel in 2014, and an Irish Times Award for her second, in 2015. Both have struck a chord with the issues facing young people, especially young women, around the world. Only Ever Yours is a dystopian fiction about young women bred for their beauty in a world where their worth is defined in terms of their value to men. Asking For It tackles rape culture in a world where a young woman's worst nightmare becomes front page news and social media fodder around the world. Louise O'Neill is a columnist who's also on Twitter and Instagram.

Andy Barber has received a Queen's Service Medal for services to karate and the community. Also a JP, Andy has spent most of his life involved with Seido Karate. He also used his involvement with the martial art to help people in need in his home community of Nelson. His work ranges from developing programmes with unemployed people, to raising money for families in need. He's also a an 8th Dan black belt in World Seido Karate. He is currently in New York giving seminars as part of the 40 year commemoration of Seido Karate's foundation.