One breath at a time

There's a sign on the back of Jo Heslop's kitchen door that reads "just breathe", that she says she refers to a lot.

She has good reason to need the odd moment out - her 13-year-old son Cody has Sanfilippo Syndrome - a very rare, genetic brain condition that she says will ultimately kill him. 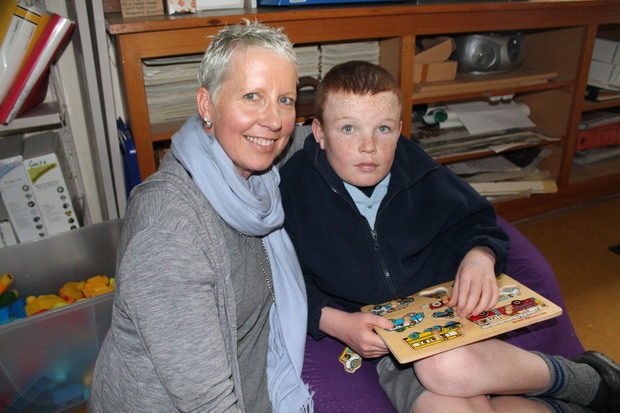 "It'll stop him swallowing and then his brain will tell his heart to stop beating and that's how the illness works, really - it's cruel."

Cody had experienced developmental difficulties, including a speech delay and the Heslops took him to range of specialists. "We tried everything -there was nobody we didn't go to."

It wasn't until Cody was six that his parents got a firm diagnosis when a new paediatrician picked up the rare condition in a urine sample. "October 2011, the 29th, Ten past one. A date never to be forgotten."

Jo Heslop says she was initially excited to finally get a diagnosis. "In most scenarios in life, if there's a problem you fix it. And, I guess, being from a farming background I thought 'yay'  - we were going to be able to fix Cody". 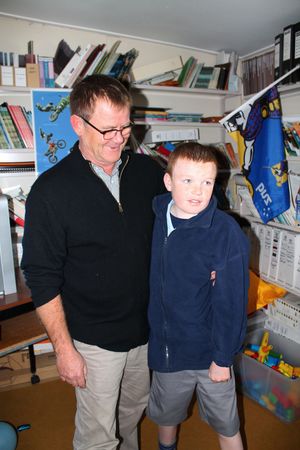 But she says the big blow came when they realised the degenerative condition carried a life expectancy of just mid to late teens which was devastating for her family.

"So we cried a lot and then cried some more and it probably took weeks for it all to sink in."

But she says the need to continue raising the pair's two children meant they had to keep going.

"You just live through it, keep breathing... Remember that it's alright to sit on the floor and have a good cry.

"But, at the same time, remembering that you've got to be able to get up and get going again."

Lucky to be in Lawrence

The snow is still lying on the hills around the Heslops' home in Waitahuna as we drive up the valley to Lawrence.

Cody and his younger brother, Jake, are at school there and both are well known in their local community.

Jo Heslop says after repeatedly trying for Ongoing Resourcing Scheme (ORS) funding the family was finally granted it, once Cody had a clear diagnosis.

That means he has access to a specialist teacher as well as full time teacher aides.

The teacher, Bill Lovell-Smith, says he has devised a personal programme for Cody. "The main goal is for Cody to attend school and be happy when he's at school," he says.

But he says the programme also plays to his strengths, including physical and ball skills whilst maintaining the little vocabulary he has left.

"Cody has taught this middle-aged bloke how to kick a ball again," he says.

Mr Lovell-Smith says Cody is well known and accepted at Lawrence Area School and both pupils and teachers alike strive to focus on the things he is still able to do.

"We celebrate every day of his life. We celebrate what he does and long may it continue." Jo Heslop says the Lawrence Area School has been incredible and she believes that Cody is well resourced and cared for there.

"She's aware of Australian children who have the same condition and says their parents are impressed by the facilities provided in New Zealand.

"We could not live in a better place." 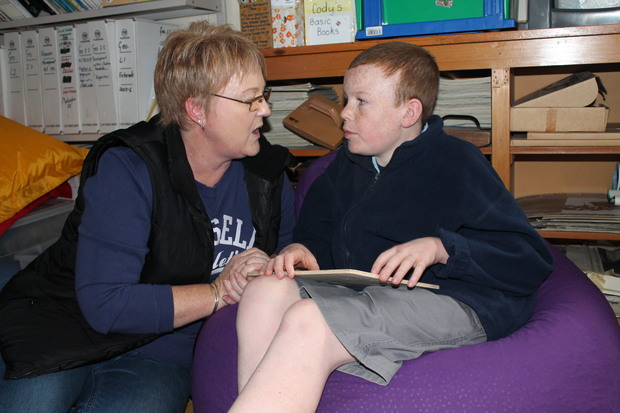 Cody with one of his teacher aides, Alie Benington Photo: RNZ/Katy Gosset

Strong support also comes from the Heslops' "most amazing friends" who have helped the family fund raise for a privately sourced medicine, genistein, which they bring in from the United States. But they also provide moral support.

Jo relates an incident in which she turned down the option of taking Cody to the home of friends for a New Year's Eve party, knowing her son's condition had deteriorated and he would no longer cope with a sleepover away from home. 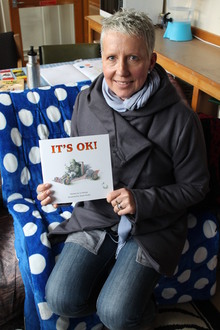 Jo Heslop with the book she has written, "It's OK". Photo: RNZ/Katy Gosset

She says the next day her friend called to announce a change of plan.

"She said, "Oh I've had a ring around and we're all coming to your place", which was fantastic." The friends ended up bringing tents and camping at the Heslops house.

"It just goes to show the true friendships that we have around here and just how fantastic the community is."

While the Heslops have been surrounded by a supportive community, Jo says she wanted to share their experience with a wider audience. She has written a book about a child with a disability attending school and how other pupils relate to him.

"It's OK is the book that we couldn't find...the book that would have been perfect to send ahead of the special needs child, to explain that it really is OK to be different."

The book also helps to partially fund the genistein that the Heslops use to help Cody.

In the meantime, Jo, says she tries to "make the most of now" and enjoy every moment with her son.