From Dunedin to Doha

Otago para athletes Anna Grimaldi and Holly Robinson are trading their chilly southern city for the heat of Doha to compete in the IPC Athletics World Championships. 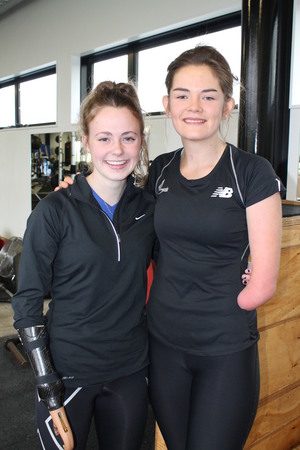 “We Want to Be the Best”

Apt words from Holly Robinson as the Otago-based para athlete heads to this month’s World Champs in Qatar. "All eyes are on you - also for me I've got a wee bit more pressure because I'm a silver medalist at the previous world champs." That means the javelin thrower will be focused on bettering her last result.

Joining Holly this year, also from Otago, is Anna Grimaldi, a sprinter and long jumper who shares that competitive spirit. "[We will] verse the best to be the best]." It will be her first time at the World Champs but she's ready for the challenge. "It's pretty exciting - I 'm a bit nervous already but I'm really looking forward to it - it'll be cool."

The young women have been training together at the Forsyth Barr Stadium's High Performance Gym and have undertaken a specific weight training regime that involves prosthetic limbs. Both were born without their lower arms and have been accustomed to playing sport and competing seriously without the use of artificial limbs.

But Holly Robinson says training with custom-made arms has brought benefits. She says her left side is stronger and she has already noticed an improvement in her javelin throwing. “It's not very good if you're only training one side of your body: you get real big on one side and the other side is sort of let down."

The prosthetic limbs each have a claw at the end to clip onto the bars, enabling them to strength train evenly on both sides of their bodies. Anna Grimaldi says, in the past, she often landed in the long jump with her feet uneven but the weight training on her weaker side has helped redress that. "I never realised until I started doing athletics how lopsided [I was]. I've definitely noticed that, even in my legs, there's a different strength and balance." 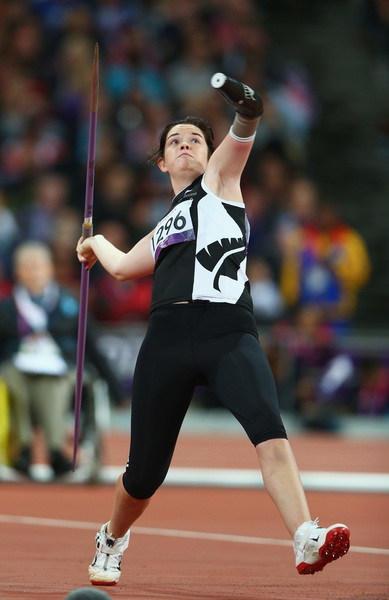 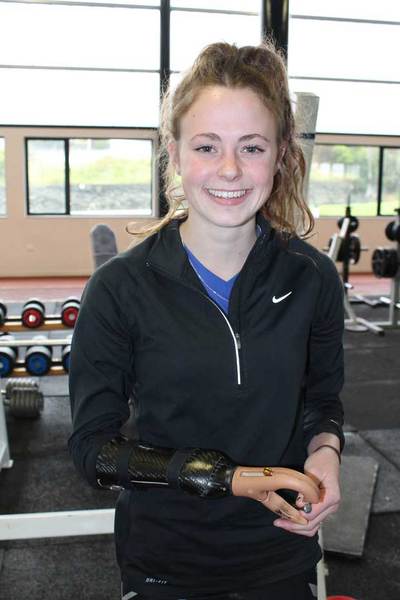 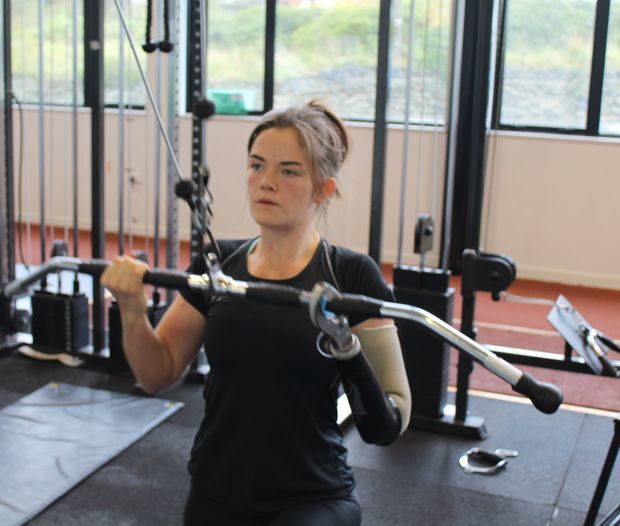 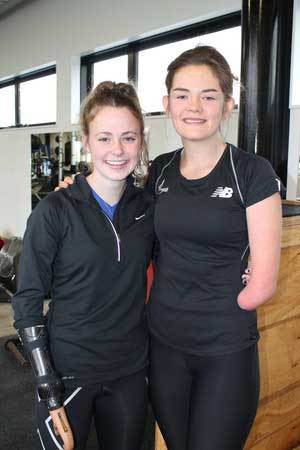 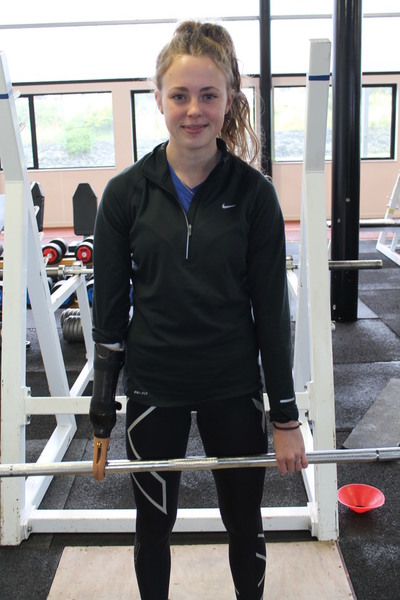 Anna Grimaldi working out in the gym.

The women have also enjoyed training together with Anna gaining motivation from what Holly has already achieved. "It's just cool to see that the pathway's there and that it can be good and to trust the training. And it's just real cool to see Holly succeed." Holly Robinson was one of only two New Zealand athletes who competed at the 2013 World Cup in Lyon, France and she's delighted to see the team jump to eight members this year.

She's also pleased to have fellow para athlete, Anna, based in Dunedin. "It's really cool to have her coming up in the ranks and doing so well." The change in climate from Dunedin to Doha will prove a challenge for the pair but the team members have been training in Darwin, Australia to prepare for temperatures of up to 36 degrees.

They will arrive in Doha on October 16 for the Championships which run from October 21 - 31.